Accessibility links
Under Pressure After Debate, Bush Insists He's Not Dead Yet : It's All Politics Jeb Bush's debate performance raised more questions than answers about his candidacy. Bush still has some advantages, notably money, but he needs to start showing some strength in New Hampshire. 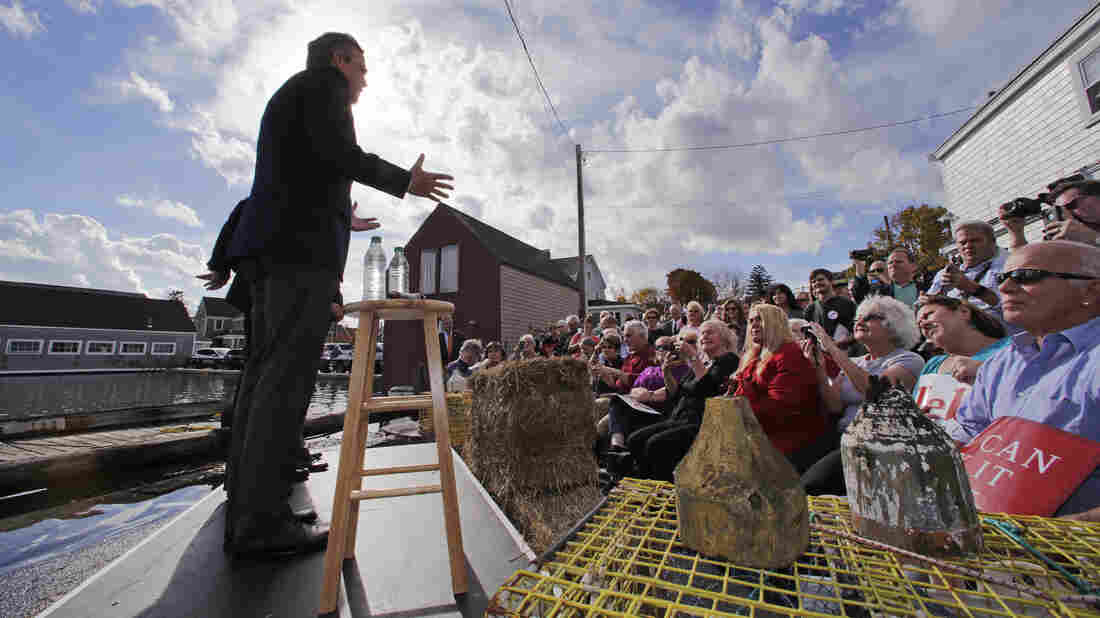 After struggling at the GOP presidential debate, Jeb Bush took his case straight to New Hampshire, where he addressed a crowd outside Geno's Chowder and Sandwich Shop in Portsmouth, N.H. Charles Krupa/AP hide caption 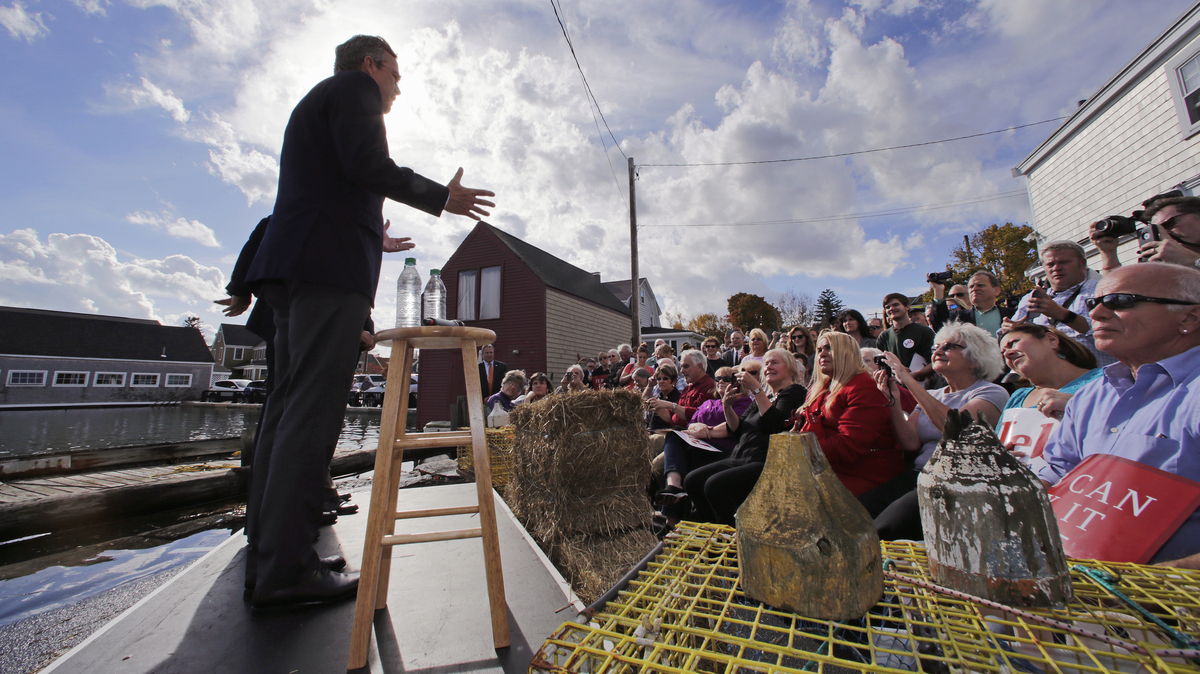 After struggling at the GOP presidential debate, Jeb Bush took his case straight to New Hampshire, where he addressed a crowd outside Geno's Chowder and Sandwich Shop in Portsmouth, N.H.

One candidate came out of Wednesday night's Republican presidential debate with a lot of questions to answer — Jeb Bush.

Supporters were disappointed by his performance and inability to stand out at a critical time for his campaign. As Bush struggles, his chances may come down to the early primary state of New Hampshire.

Bush had a big moment preplanned in that Colorado debate. It was aimed at Sen. Marco Rubio, R-Fla., for missing so many votes in the Senate while campaigning.

"Marco, when you signed up for this, this was a six-year term, and you should be showing up to work," Bush said. "I mean, literally, the Senate. What is it, like a French work week? You get like three days where you have to show up? You can campaign — or just resign and let someone else take the job."

Rubio was ready. He referenced the 2008 campaign of John McCain, who also missed votes in the Senate.

"I don't remember you ever complaining about John McCain's vote record," Rubio quipped. "The only reason why you're doing it now is because we're running for the same position, and someone has convinced you that attacking me is going to help you."

The moment — and the cheers — went to Rubio. From that point on, Bush seemed to recede, so much so that even his supporters were despondent afterward.

"I'm pretty damn glum tonight," Republican consultant Ana Navarro, a longtime Bush family friend, said on CNN after the debate. She added, "I can't believe that one of the best moments Rubio had was actually handed to him by Jeb."

The bad reviews poured in. The Washington Post headline — "The Agony of Jeb Bush." The Boston Globe? "The beginning of the end for Jeb."

Overwhelmingly, Twitter declared his campaign all but dead — an overstatement, to be sure. Bush and the superPAC that supports him have more money than any other candidate in the field. That means a strong ground operation, especially in New Hampshire, a key state for him.

That's where he campaigned Thursday.

"Look, there are two types of politicians," Bush said. "There are talkers and there are doers. I wish I could talk as well as some of the people on the stage — the big personalities on the stage. But I'm a doer."

Bush has already signaled that New Hampshire is THE most critical state for him. In fact he's shifted resources there, including extra staff from his headquarters in Miami.

"It's do-or-die for Jeb in New Hampshire," said University of New Hampshire professor Dante Scala, who cautions that many a candidate has been declared out of it prematurely. "Jeb Bush does need to give people a reason to believe. And he's doing the grass-roots work here in New Hampshire, and he's up on the air all the time. The fact that he hasn't gotten a boost here yet has to be concerning."

Bush, meanwhile, spoke to Fox news Thursday afternoon from New Hampshire. He was asked if his campaign is terminal.

"I'm gonna work hard to be able to earn people's support," Bush said. "I knew this would be a long journey, but to suggest that the campaign is terminal? C'mon."

Still, the question is being asked, as is another basic one — does Jeb Bush want it badly enough? That's never something a onetime front-runner wants to hear.