Accessibility links
Donald Trump Spent Nearly $1 Million To Get Voters To Wear This Hat : It's All Politics In addition to a traditional campaign structure, the unorthodox presidential candidate is investing heavily in promoting his brand as a way to attract votes. 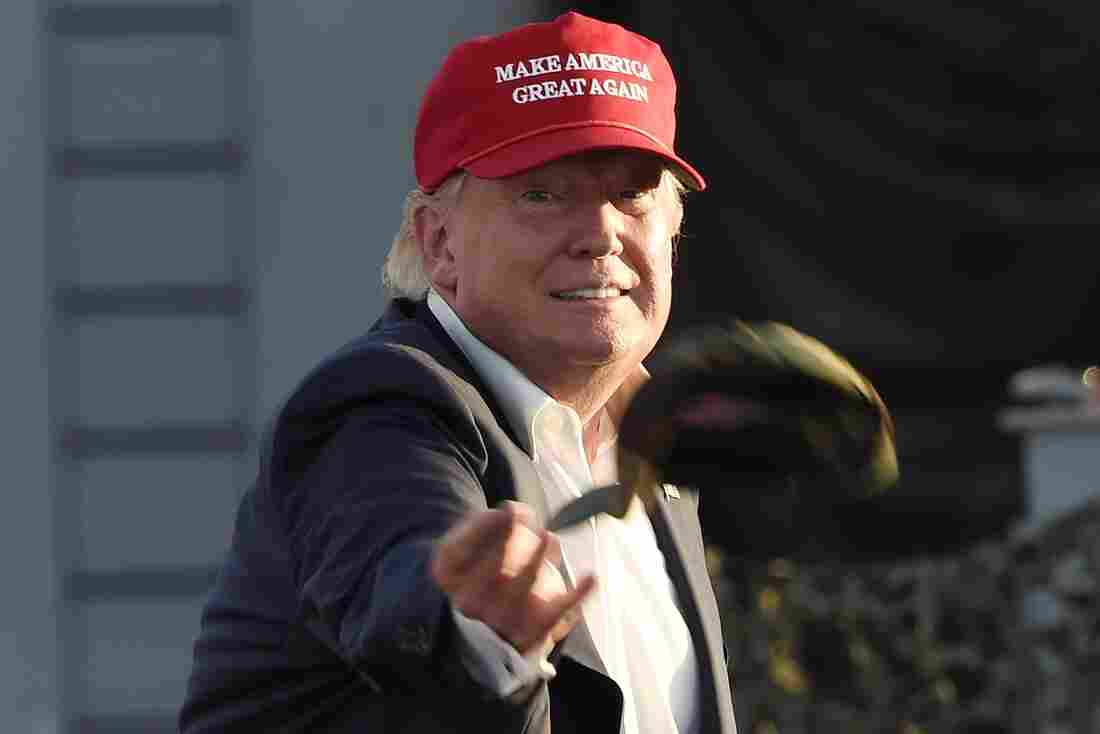 Donald Trump has made hats embroidered with the phrase "Make America Great Again" — an icon of his campaign and frequent giveaway item during his rallies. Robyn Beck/AFP/Getty Images hide caption 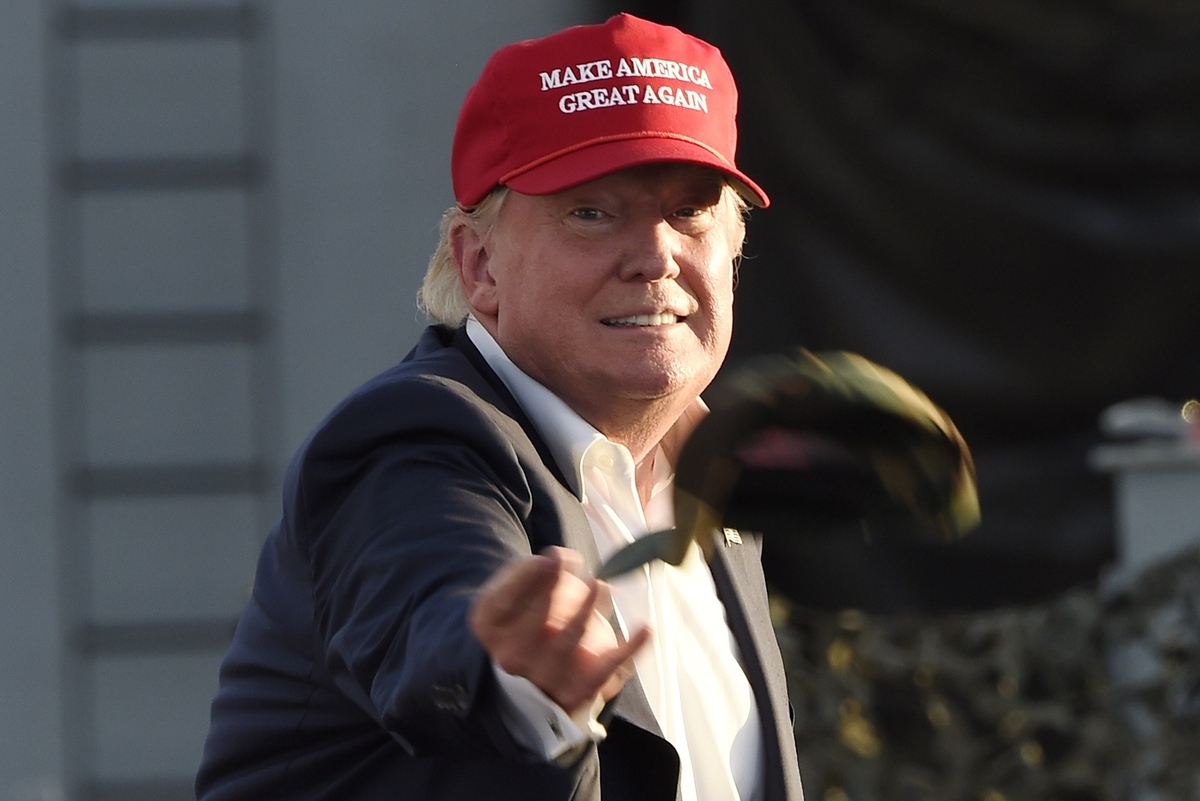 Donald Trump has made hats embroidered with the phrase "Make America Great Again" — an icon of his campaign and frequent giveaway item during his rallies.

Donald Trump has run his presidential campaign by his own rules, and he's blown past traditional candidates, playing by the old rules, in the process.

When it comes to building a campaign, Trump is investing in the kinds of traditional infrastructure that are important to turning out voters. He's also investing heavily in something that has been key to his success in business — branding. 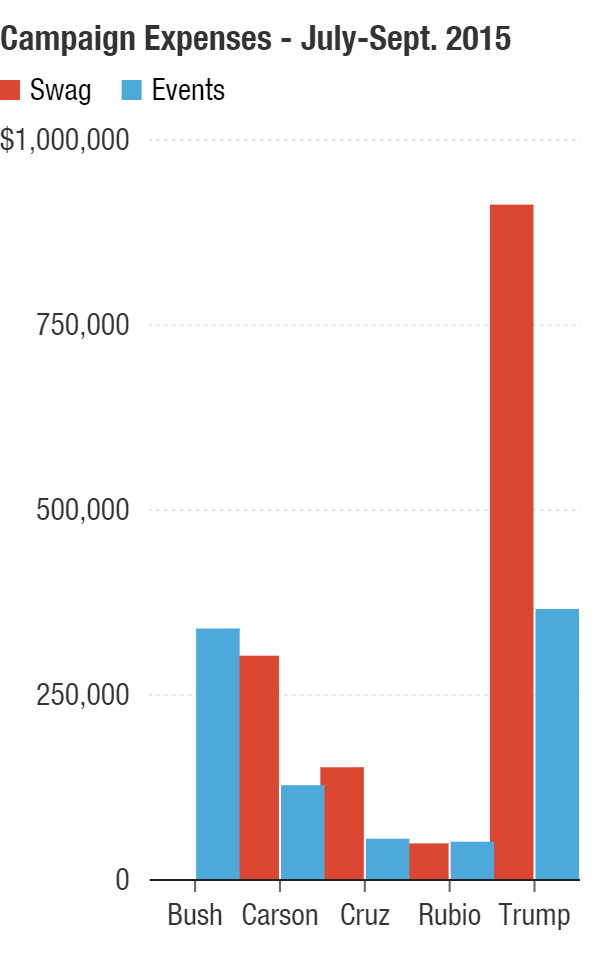 That was at play during a recent campaign rally in Jacksonville, Fla. Like all candidates, Trump tried to connect with the audience. No one else would try it the way Trump did last weekend.

After wild cheering, and his exclamation, "What a group of people!" he told this anecdote: "I had a casino boat built here. It did great. We sold it. Made a lotta money. So I love Jacksonville."

Brad Van Auken, a branding strategy consultant in Rochester, N.Y., said in an interview that Trump's message is to reinforce his image.

Van Auken described that image: "You know it's successful, it's risk-taking but it's combative. He's not afraid to offend. He is a fighter. He's entertaining. He's confident."

Consultants can use a branding checklist, Van Auken said. "It actually measures the five drivers of customers' insisting on the brand, and the No. 1 driver is awareness."

And by now, Trump's name recognition is sky high. He has been a celebrity since the 1980s, doing real estate deals, casinos, marriages and reality TV shows. Trump claims his brand as a sizable chunk of his net worth.

"If you've heard the saying that any kind of publicity is good publicity, that's largely true," Van Auken said.

Van Auken said the No. 2 driver of brand insistence is "relevant differentiation" — the differences audiences perceive between brands and how much those differences matter. 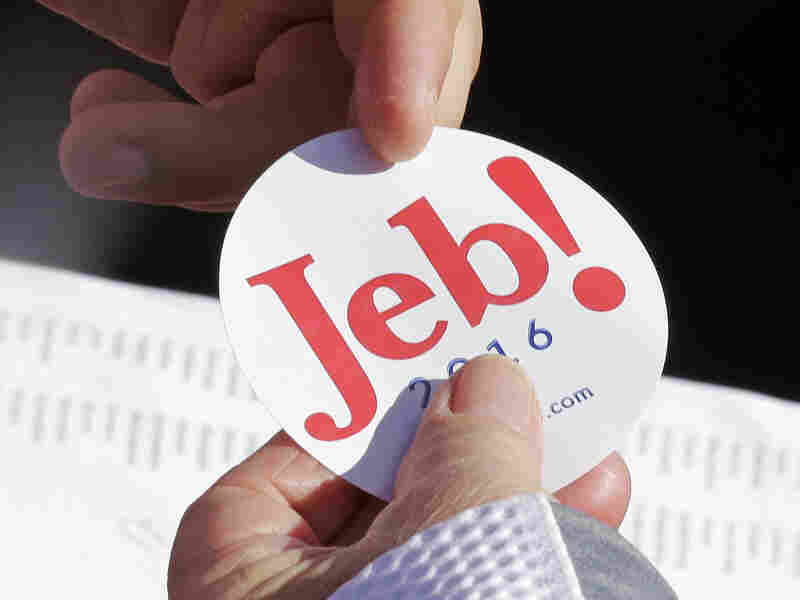 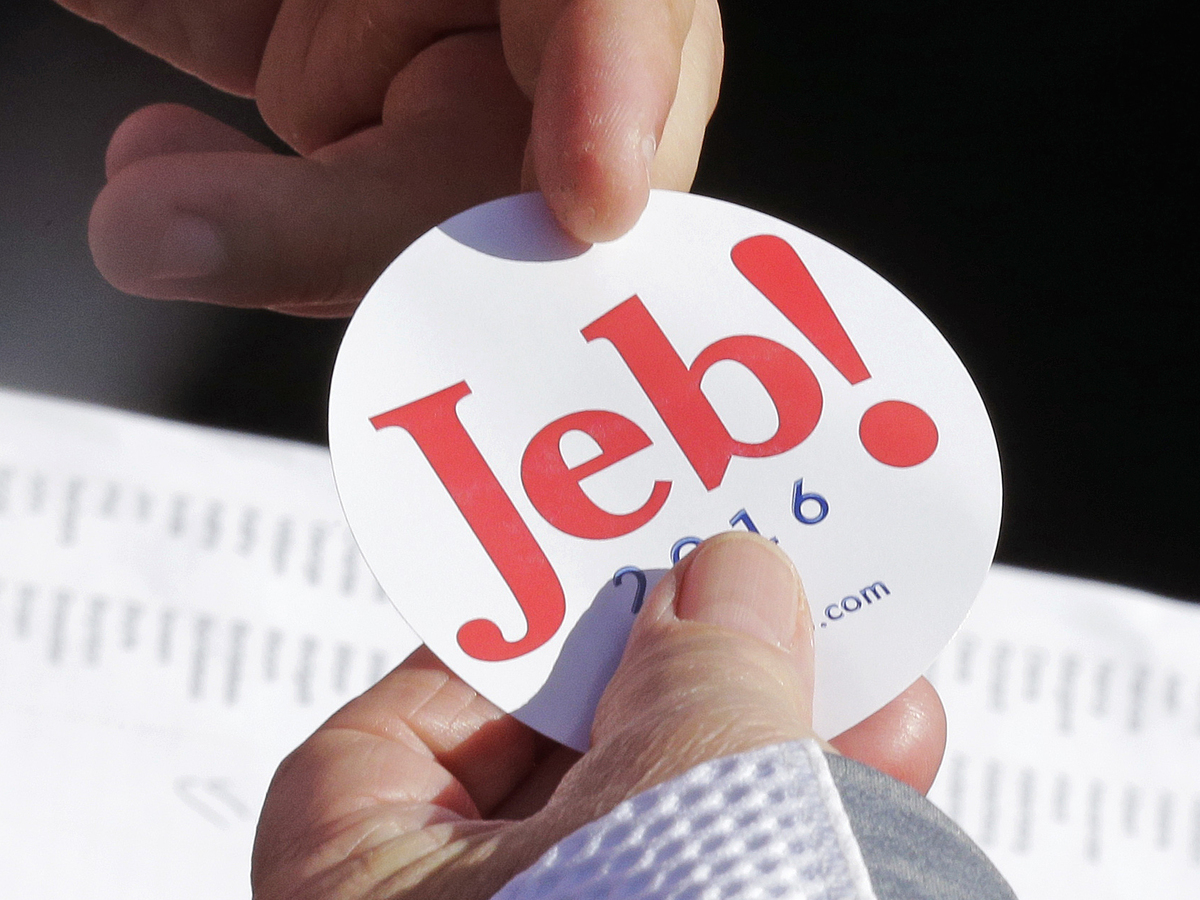 Jeb Bush's campaign spent 1/1,000th of the money Donald Trump spent on campaign swag in the third quarter of 2015.

Trump's "relevant differentiation" from other candidates can be teased out of the campaign's spending reports. He doesn't spend — doesn't need to spend, he says — on media consultants, TV ads or pollsters.

The Trump campaign declined requests for comment for this story.

It spends plenty of cash for events starring Donald Trump. In the third quarter, it reported outlays exceeding $356,000 for venues and event production. Another $10,000 went for "event staging consulting."

At those events, Trump doesn't talk like a politician.

"You're gonna have so many wins, they're gonna be pouring out of your ears," he told a crowd Monday in Atkinson, N.H. "You're gonna get tired of winning. You're gonna say, Mr. President, let's have a loss. This is getting boring. And I'm gonna say, no, I won't do that."

Meredith Post, a brand strategist in Cincinnati, told NPR that Trump is a disrupter in the presidential politics market. Asked to name a disrupter in commercial markets, she said, "There's a lot of disruptive brands out there. One that comes to mind is Axe" — a Unilever company that sells grooming products to guys from their tweens to early 20s.

Like Trump, Axe specializes in going where others won't. In an ad for a hair product, two teenage girls talk excitedly: "Smell my finger." "Who is that?" It's Greg." At which point, the self-assured Greg walks by, his hair slightly mussed.

Disruptive brands "have an irreverent tone of voice that goes back to what they promise, what the experience will be like. And something that is unapologetic," Post said.

"Just because the fact he added on the 'again' on at the end, it spins it to act like America hasn't been great. And he's going to bring us back," Post said.

He often tosses the hats out to the crowd at rallies, but Trump's website also sells them at $20 to $30 apiece. Those purchases count as campaign contributions.