Accessibility links
Pete's Diner, Where John Boehner Can Be A 'Regular Guy' : It's All Politics Boehner has eaten breakfast at the Capitol Hill restaurant for nearly 20 years. "All of us call him John-John. None of us call him House speaker, none of us call him by that," owner Gum Tong said. 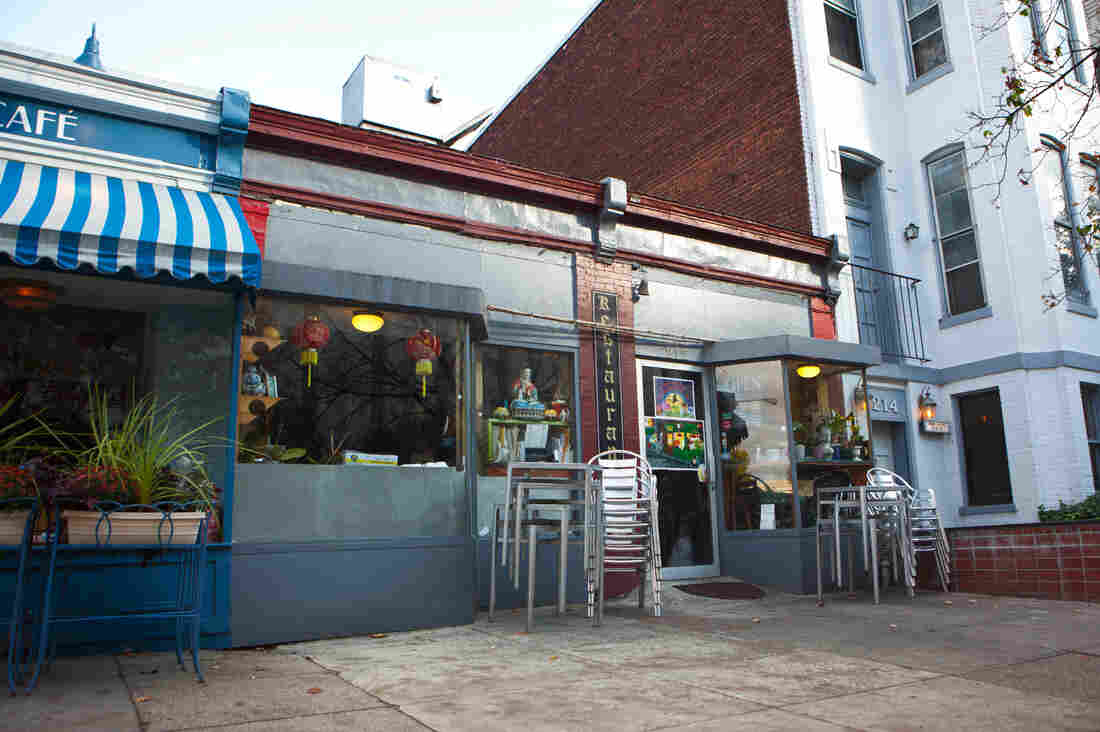 "All of us call him John-John. None of us call him speaker or anything like that," owner Gum Tong said of former House Speaker John Boehner. Jun Tsuboike/NPR hide caption 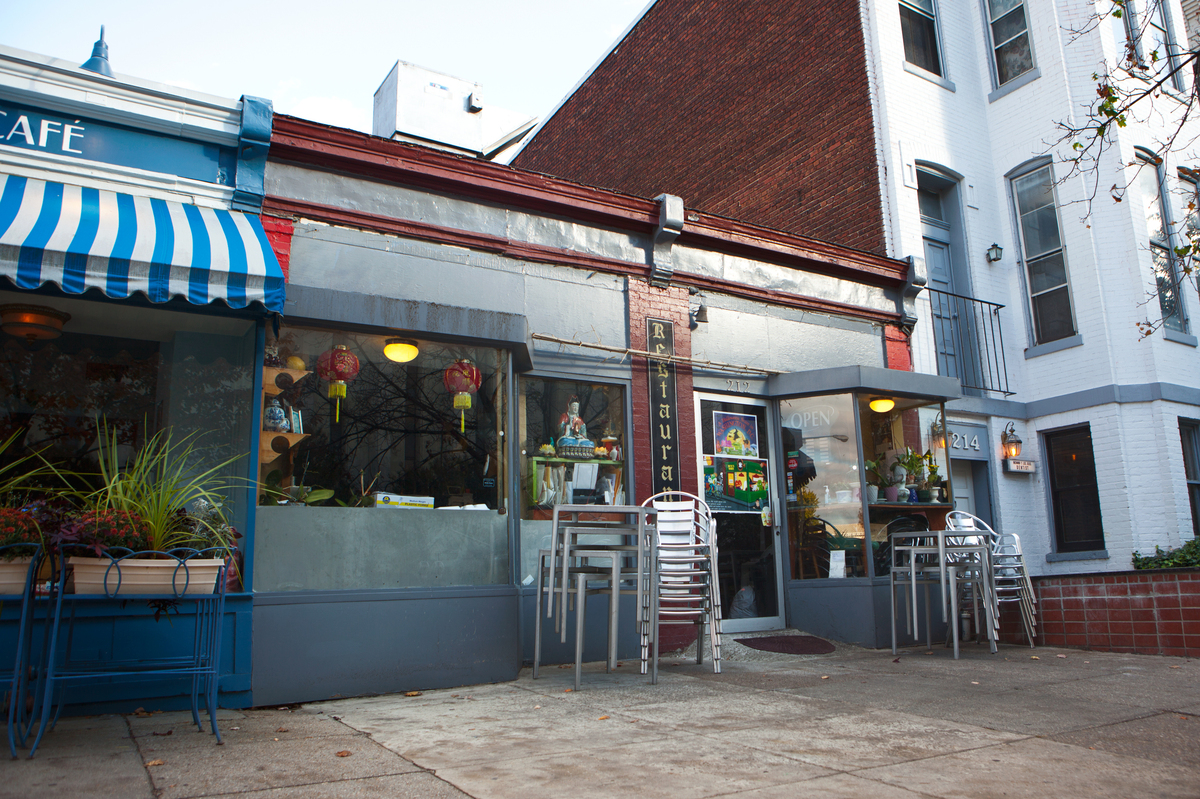 When Speaker of the House John Boehner resigned earlier this week he said, as he often has, that he's "just a regular guy, humbled by the chance to do a big job."

Most days of the week owner Gum Tong and her staff prepare the same breakfast for Boehner — "the regular standard, eggs and sausage," Tong said. "That's what he always has."

Boehner has said he gets the sausage because he's not a big fan of Pete's bacon, which turns into little balls after coming out of the deep fryer.

Tong believes Boehner feels at home in Pete's. There's no standing on ceremony. "All of us call him John-John. None of us call him speaker or anything like that," Tong said.

Usually clad in a T-shirt and ball cap, Boehner eats with a circle of regulars. One of them is 85-year-old retired Navy Captain Phillip Bush.

Politically, Boehner is not quite conservative enough for Bush, who said he occasionally brings up his gripes with the former speaker. Still, Bush has a massive appreciation for Boehner.

At one point, the retired captain asked Boehner to send a get-well card to his older, ailing brother. Boehner obliged with a generous and graceful note.

While Bush is friendly with Boehner, only one person gets the honor of sitting next to him regularly: Rob Poirier, 51, who makes it a rule never to bring up politics. 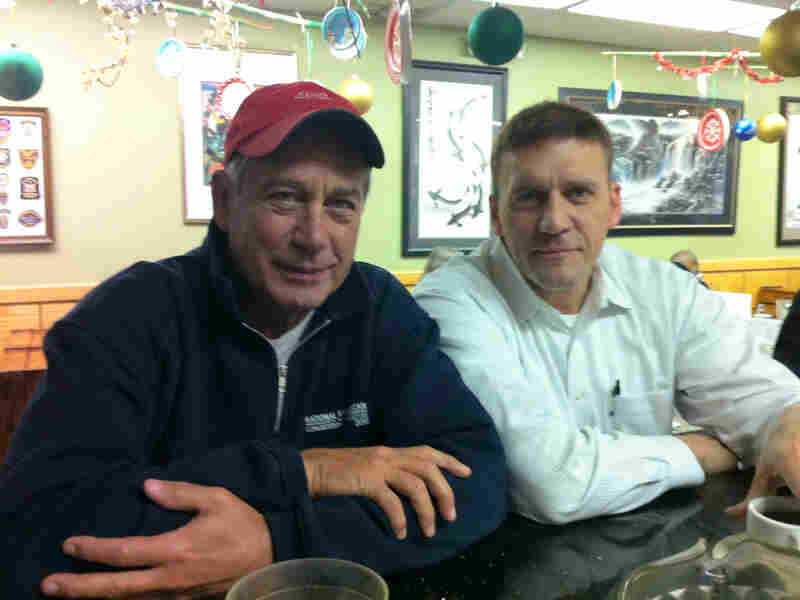 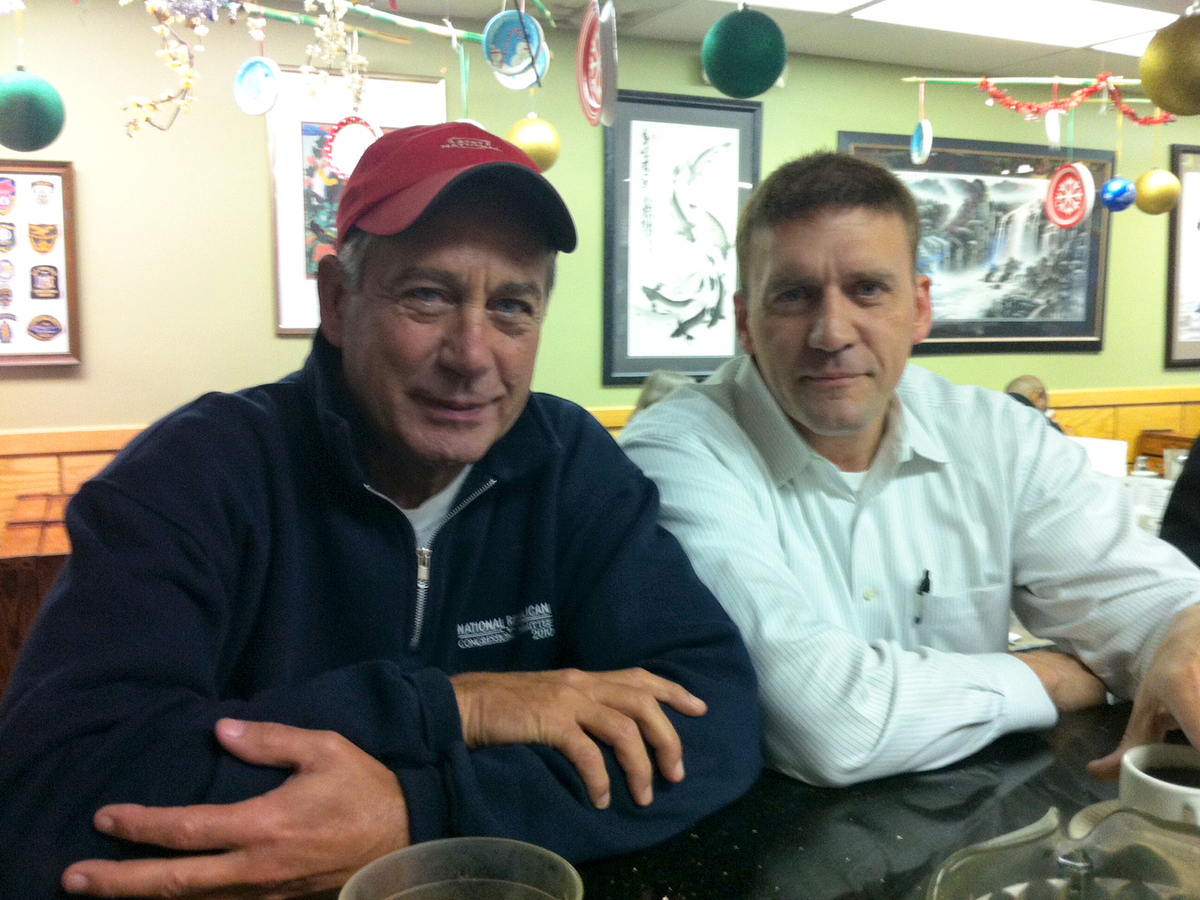 Rob Poirier sits next to John Boehner most days at Pete's Diner.

"There's other senators and congressman who come in for breakfast in the morning. He talks to them and then comes and sits with me," said Poirier. "That's just how it is."

Boehner once asked Poirier to help him put together a wardrobe. Boehner, he said, insisted they follow the instructions to the letter. Poirier, who works in construction, just wanted to get the thing put together.

"I give him a hard time about his construction skills," said Poirier. "It was just a lot of fun to be crawling around on the floor with him putting this cabinet together, laughing and having a good time about it."

When Poirier found out Boehner was retiring, he was relieved for his friend. "He would come in in the morning and I'd tell him, 'You look worse than me today.' I think it was time for him. He understood that. I think, he's just tired."

Just in case Boehner ever does decide to double down on his "regular guy" image, Poirier's got him covered. "If he needs a job, we can probably find him something," he said. "We'll give him a hammer and put him to work."