Accessibility links
All Politics Is Personal At A Small-Town Democratic Caucus : It's All Politics In tiny Earlham, Iowa, friends and neighbors are passionate about their candidates but keep the debate civil.

All Politics Is Personal At A Small-Town Democratic Caucus

All Politics Is Personal At A Small-Town Democratic Caucus 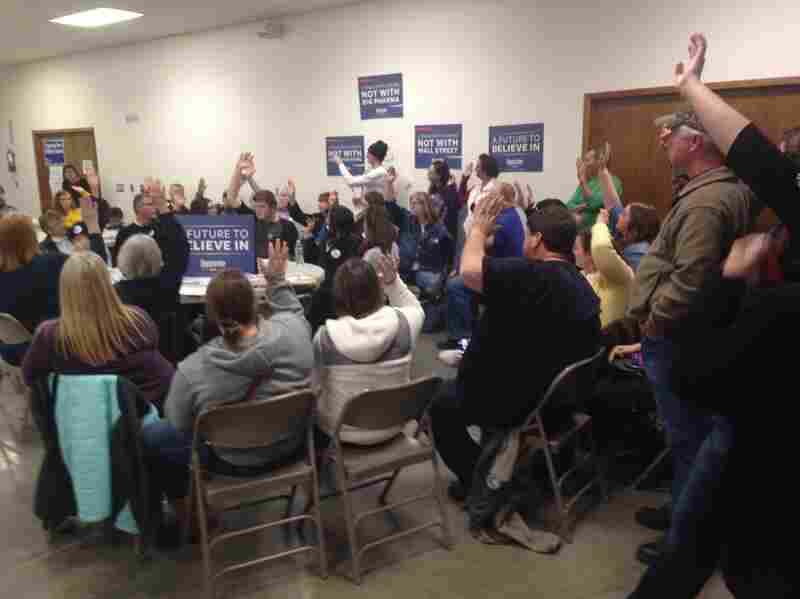 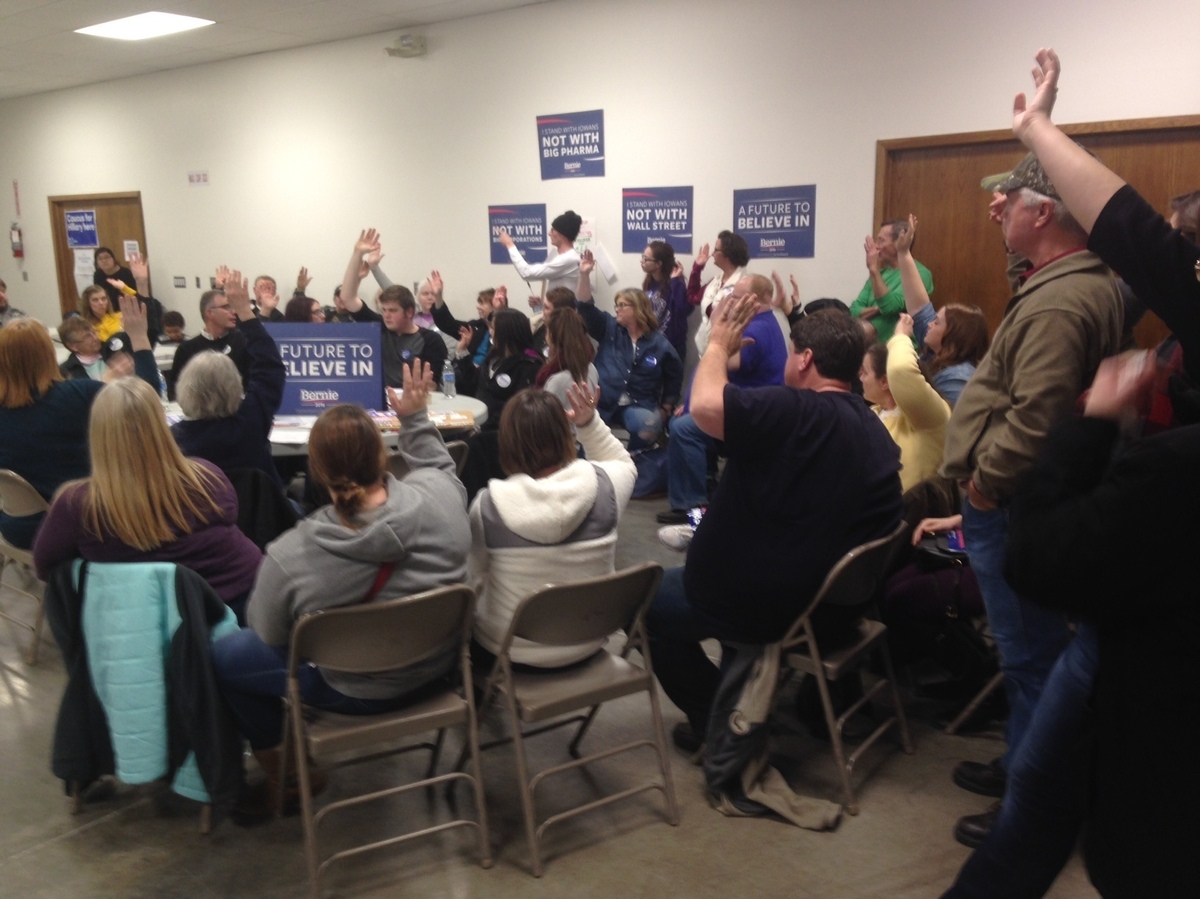 The Iowa Democratic caucus in the city of Earlham, Madison County, Iowa.

At the start of the Democratic caucus in Earlham, Iowa, there were 40 Hillary Clinton supporters, 40 Bernie Sanders supporters and 11 Martin O'Malley supporters, all massed around their respective tables in the concrete-floored town community center.

O'Malley was — in the language of caucus rules — not viable: He needed at least 14 supporters to get a delegate in this Madison County gathering. It was time to see if O'Malley's 11 would move to someone else.

Clinton and Sanders supporters descended upon the O'Malley table. The woman running the caucus announced that people had 15 minutes to decide whether they wanted to change camps.

It was brief horse-trading periods like this statewide that were vitally important to determining which candidate would win the caucuses. In these 15 minutes, 91 people in Earlham would decide how to divvy up seven delegates.

Bruce Kempkes, an O'Malley supporter, explained beforehand that he thought the former Maryland governor had the best combination of experience and electability. He cited what he called Clinton's "baggage" and also said he thought Sanders would lose in a general election, particularly to a more moderate Republican like Jeb Bush.

"I look at O'Malley as kind of in the sweet spot," he said.

But the O'Malley supporters knew going in that they might have to change camps eventually. This is how Iowa's Democratic caucuses work: A candidate needs 15 percent support in a given precinct to be viable. Failing that, supporters can switch to another candidate.

Kempkes' wife, Jill, also started out at the O'Malley table. She thought she would end up caucusing for Hillary Clinton. Bruce figured he would go to Sanders.

And so the Kempkeses, after the first count, were suddenly two of the 11 most popular people in the room.

But it wasn't just Clinton's and Sanders' camps asking for new people. Rather, the O'Malley supporters begged other people to defect and let them win just one delegate.

Instead of splitting the delegates 4-3 between Clinton and Sanders (or vice versa), the O'Malley people argued, the precinct could have a 3-3-1 split, with one delegate for O'Malley.

One O'Malley supporter, a youth pastor named Nate Mason from the nearby town of Winterset, explained to a young Sanders supporter why he should desert.

"Frankly, any candidate who says, 'Oh, I'm relying on the youth vote to come out' fails," Mason said. He cited George McGovern's losing campaign in 1972.

Nearby, a young woman with a baby on her lap and an O'Malley sticker on her chest listened patiently to an older woman from the Sanders camp. The older woman explained why she thought Sanders would be better at reaching across the aisle.

Another Sanders supporter walked up to see if she could help. "I'm trying!" said the first one.

Eventually, the caucus leader called for quiet and the reshuffling began.

The O'Malley camp never did get its delegate. A few voters had already defected to the Sanders corner. Two women (one of them Jill Kempkes) left the O'Malley table for the Clinton corner, where they were welcomed with cheers.

The Sanders and Clinton supporters yelled their dueling pitches as the O'Malley crowd dwindled.

"College for all! Paid family and medical leave!" yelled Devin Bond, the 23-year-old precinct captain on the Sanders side.

"Nothing is ever free," a Clinton supporter shot back.

Both sides cajoled for a few more minutes, but three men at the O'Malley table couldn't be moved: a 74-year-old veteran named Jack Johns, the O'Malley precinct captain, and Kempkes.

The caucus ended as it started — in a close matchup. Clinton had 43 supporters, Sanders had 45, with those three men uncommitted. Sanders would get four delegates and Clinton would get three.

So what helped get Sanders that extra delegate?

"I was really torn," said Krissa Mason, Nate's wife. She and Nate had started at the O'Malley table, and they both eventually ended up caucusing for Sanders.

"I think that Bernie Sanders is probably a truer reflection of what I believe politically," she said. The Masons moved to Iowa from South Dakota, and this is their first caucus. "This is the first time I've ever been able to vote when it mattered, and so I really felt like I should vote for the person I really felt like I agreed with most."

And why couldn't Kempkes, one of the three O'Malley holdouts, bring himself to choose Clinton or Sanders? He said he just didn't "feel enough conviction" to move to another candidate.

"It wouldn't have made a difference," he added, pointing out that he knew the other two O'Malley supporters weren't planning to change teams, so he alone couldn't have helped his wife push Clinton over the top.

The caucusgoers may have been impassioned, and this may be the campaign season that's all about anger, but this caucus was by no means an angry affair. Mason, who switched to Sanders, said he had congregation members caucusing for Clinton. Voter Luke Brown explained that people also know each other from high school basketball games. In a small town where everyone knows everyone, it's just smart thinking to remain civil.

As the last few people folded up tables, Jill Eichner Brown (Luke's wife) explained that this was just the first — and the lesser — of two big political decisions Earlham's residents would make this week. On Tuesday, the town members will vote on what she described as a divisive school expansion.

"This was almost a relief to go to," she said.