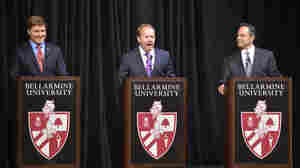 October 29, 2015 • To understand current-day political branding in Kentucky, you have to go back to the Civil War. 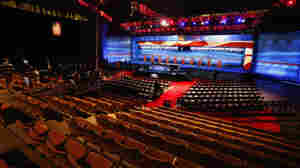 Crews prepare the venue for the CNBC Republican presidential debate inside the Coors Events Center at the University of Colorado. Brennan Linsley/AP hide caption

October 27, 2015 • Students at the University of Colorado say they plan to protest their exclusion from the GOP debate on their campus. 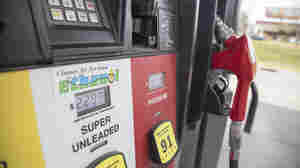 Got Corn? Ethanol Is No Longer King In Iowa Among Candidates

October 27, 2015 • Candidates' waning interest in the corn fuel shows that Iowa's role in shaping policy debates may be declining.

Got Corn? Ethanol Is No Longer King In Iowa Among Candidates 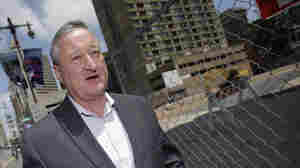 Coming To A Mayor's Race Near You: SuperPACs Moving Into Cities

October 26, 2015 • Once the domain of presidential and congressional candidates, the big-spending political committees are now a feature of city politics, too.

Coming To A Mayor's Race Near You: SuperPACs Moving Into Cities 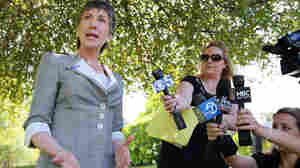 Carly Fiorina speaks to reporters after voting in the June 2010 Republican primary. She went on to lose her bid for Senate to Barbara Boxer. Getty Images hide caption

'Fierce Determination' Fueled Fiorina In 2010 Bid, As It Does Now

September 29, 2015 • Carly Fiorina lost out on going to the Senate five years ago but, as a former adviser said, "she gave Barbara Boxer a huge run for her money." Her rise in this year's race is reminiscent of that run.

'Fierce Determination' Fueled Fiorina In 2010 Bid, As It Does Now 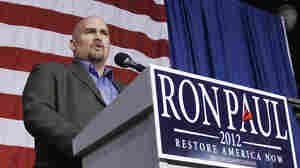 Ex-Iowa State Sen. Kent Sorenson defected from Michele Bachmann's campaign before the 2012 Iowa caucuses. In a 2014 plea deal, he admitted that he lied about payments from the Ron Paul campaign. Charles Dharapak/AP hide caption

Big Money And Backstabbing Have Become Part Of The Iowa Game

September 16, 2015 • The hyperfocus on Iowa as the first presidential nominating contest has meant more money — and sometimes leaving allegiances behind — for consultants, who can make up to $10,000 a month.

Big Money And Backstabbing Have Become Part Of The Iowa Game 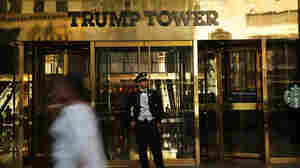 Donald Trump owns this Trump Tower building at 725 Fifth Ave. in New York City. It's one of only a handful he owns in the city, though 17 buildings there bear his name. Spencer Platt/Getty Images hide caption

August 31, 2015 • Plenty of buildings still boast Donald Trump's name in Manhattan, where he became famous as a real estate developer. But he doesn't actually own most of them — and never has. 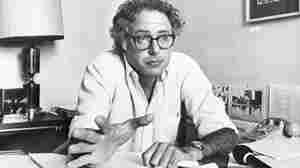 Sen. Bernie Sanders in his office in 1981, shortly after becoming mayor of Burlington, Vt. He once said his tenure as a socialist mayor is evidence people are willing to accept radical change. Donna Light/AP hide caption

August 27, 2015 • Socialists are a rare breed of political animal in this country. There's just one in Congress — Vermont senator and presidential candidate Bernie Sanders. 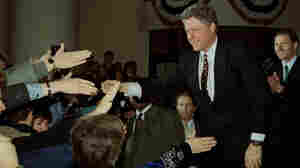 Gov. Bill Clinton shakes hands with the crowd as he arrives at a rally being held for him in Hartford, Conn., in March 1992. Jim Cole/AP hide caption 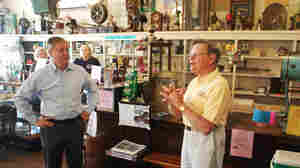 This Famous Campaign Stop Is Actually A Mirage

August 20, 2015 • Robie's General Store is one of New Hampshire's most famous political stops, attracting nearly every candidate on the presidential campaign trail. But don't try to actually buy milk and eggs here.

This Famous Campaign Stop Is Actually A Mirage 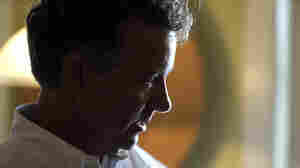 Republican presidential candidate Rand Paul wants to run for both his Kentucky Senate seat and the White House, but a current state law prohibits him from doing so. Charles Krupa/AP hide caption

Rand Paul Wants To Run For President — And Senate

August 19, 2015 • Whether the senator can still keep that electoral insurance policy rests in the hands of Kentucky Republicans this weekend. Kentucky law prohibits it, but his backers are trying to change that.

Rand Paul Wants To Run For President — And Senate 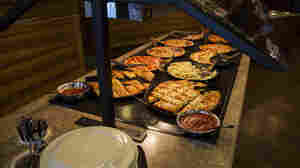 August 11, 2015 • Among heating lamps and sneeze guards, you could just meet the next president. Candidates love the chain because it's ubiquitous and cheap. 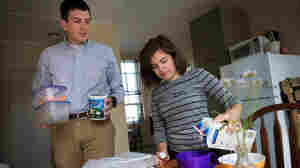 Dan Tothill, 26, and Megan Brabec, 24, are struggling with high student debt burdens and underemployment. "I hope that I can look back on myself in 10 years, like 'Oh, I was so silly to be worrying about that," Tothill said. "But, at this point, it doesn't feel that way at all." Jesse Costa/WBUR hide caption

For Young Voters, Crushing Student Debt Is Front And Center

July 30, 2015 • Megan Brabec, 24, works three part time jobs with no benefits. "It does really frustrate me when I hear candidates talk about, 'Oh, well, you should have majored in something else," she said. 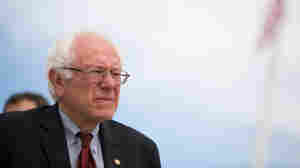 July 8, 2015 • But his congressional salary puts him in the top five percent of income earners. 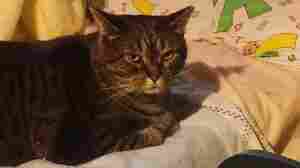 Candidate Limberbutt McCubbins is not the first non-human to become a presidential candidate. Others include a pig named Pigasus the Immortal in 1968 and Molly the Dog in 2008. Courtesy Emilee McCubbins hide caption

July 8, 2015 • McCubbins' human, Emilee, says she's "hoping that he'll be able to pull through the primaries, but it doesn't seem like he's getting as much press as some of the other candidates." 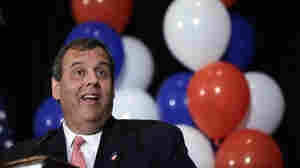 Christie To Announce Tuesday That He's Running For President

June 25, 2015 • WNYC's Matt Katz reports that New Jersey Gov. Chris Christie is getting in the presidential race Tuesday. He would be the 14th Republican to launch a bid for the White House. 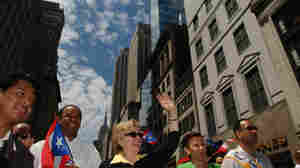 June 12, 2015 • When Hillary Clinton moved to New York to run for Senate, New Yorkers were suspicious that she was one of them. Now that she's running for president, the city's residents call her one of their own. 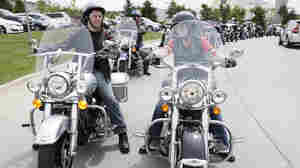 June 7, 2015 • Iowa's freshman Sen. Joni Ernst hosted a herd of potential Republican presidential candidates for her first-ever Roast and Ride event, asserting herself as a force in presidential politics. 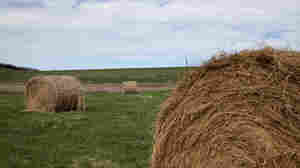 As candidates, staff and media flood Iowa, there will inevitably be photo ops with grain silos and bales of hay. Justin Sullivan/Getty Images hide caption

The Iowa Beyond Hay Bales, Corn Fields And Deep-Fried Butter

June 6, 2015 • Each political season, Iowa attracts candidates and the hoardes of staff and media that follow them. But some wish campaigns would broaden their scope.

The Iowa Beyond Hay Bales, Corn Fields And Deep-Fried Butter 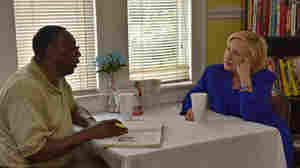 May 28, 2015 • African Americans are going to be key to a Hillary Clinton presidential run. After a tense 2008 primary fight with Barack Obama, she's trying to win them over. 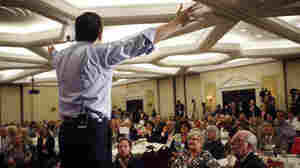 April 19, 2015 • Republican candidates — those who've already declared and those who have yet to — gathered in New Hampshire this weekend to speak to their party. Whose messages resonated? And whose did not? 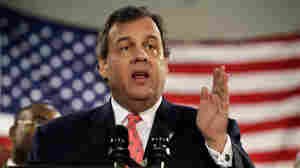 It's Happening: GOP Is Rallying Around Embattled N.J. Governor

January 17, 2014 • The conservative base of the Republican Party, long skeptical of Gov. Chris Christie because of his bro-hug with President Obama after Superstorm Sandy, is beginning to rally to his side.