Accessibility links
Shakespeare Had Roses All Wrong : Krulwich Wonders... Through Juliet's lips, Shakespeare said "a rose by any other name would smell as sweet." But the Bard may have been wrong — names do matter. Language researchers say your sense of the rose depends on what you call it.

Yes, this is a bridge.

Look at it for a moment and ask yourself, "What three descriptive words come into my head when I look at a bridge?" This bridge, or any bridge. (You only get three.) 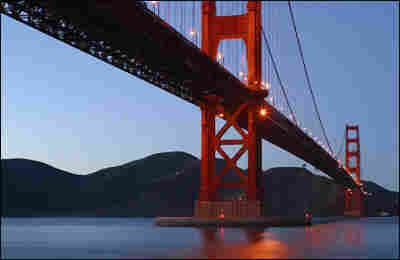 OK, here's the same bridge. Does it by any chance look: 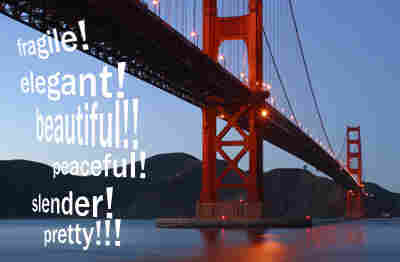 Or, are you more likely to describe it as: 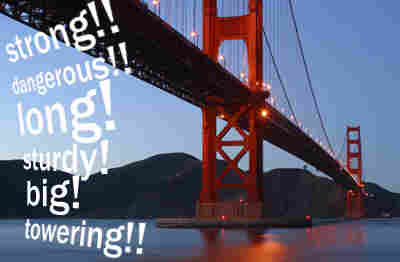 The first batch of words — such as beautiful, elegant, slender — were those used most often by a group of German speakers participating in an experiment by Lera Boroditsky, an assistant psychology professor at Stanford University.

She told the group to describe the image that came to mind when they were shown the word, "bridge." 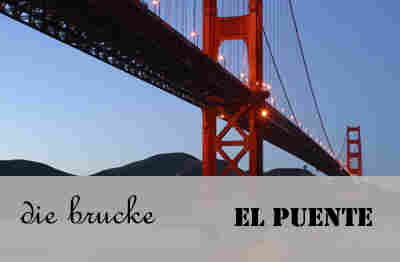 The second batch of words — such as strong, sturdy, towering — were most often chosen by people whose first language is Spanish.

What explains the difference?

"Does treating chairs as masculine and beds as feminine in the grammar make Russian speakers think of chairs as being more like men and beds as more like women in some way?" she asks in a recent essay. "It turns out that it does. In one study, we asked German and Spanish speakers to describe objects having opposite gender assignment in those two languages. The descriptions they gave differed in a way predicted by grammatical gender."

Boroditsky created a pretend language based on her research — called "Gumbuzi" — replete with its own list of male and female nouns. Students drilled in the language were then shown bridges and tables and chairs to see if they began to characterize these things with their newly minted genders. And it turns out well, we don't want to spoil this for you, so if you want to listen to our Morning Edition piece, stop reading here.

(And click the listen button in the upper left of this page.)

OK. Ready for the answer? They did.

Boroditsky suggests that the grammar we learn from our parents, whether we realize it or not, affects our sensual experience of the world. Spaniards and Germans can see the same things, wear the same cloths, eat the same foods and use the same machines. But deep down, they are having very different feelings about the world about them. 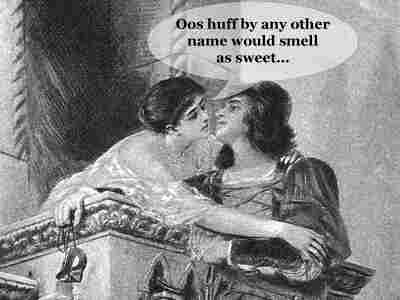 William Shakespeare may have said (through Juliet's lips): "a rose by any other name would smell as sweet," but Boroditsky thinks Shakespeare was wrong. Words, and classifications of words in different languages, do matter, she thinks.

In our broadcast, Boroditsky does an experiment — two bags, both filled with rose petals, but with different labels — that proves the Bard wrong. Or so she says.

Boroditsky's essay on this subject, "How Does Our Language Shape the Way We Think?" is part of the soon-to-be published anthology What's Next?" (Vintage Books, June 2009).