Accessibility links
Aliens Found In Ohio? The Wow! Signal : Krulwich Wonders... Think we've never heard from an alien? A radio transmission recorded in Ohio and translated into six little numbers and letters suggests there's a chance we have.

Listen To A Possible Signal From E.T.

Listen To A Possible Signal From E.T.

When something truly startling happens, people say: "OMG!" or the dreaded, "Awesome!" But when Jerry Ehman sat at his kitchen table on Aug. 18, 1977, and saw six numbers and letters on the computer printout in front of him — six symbols that have become one of the grandest riddles in modern science — he chose the simplest expression of all. He took a red pen, circled the letters and then wrote: 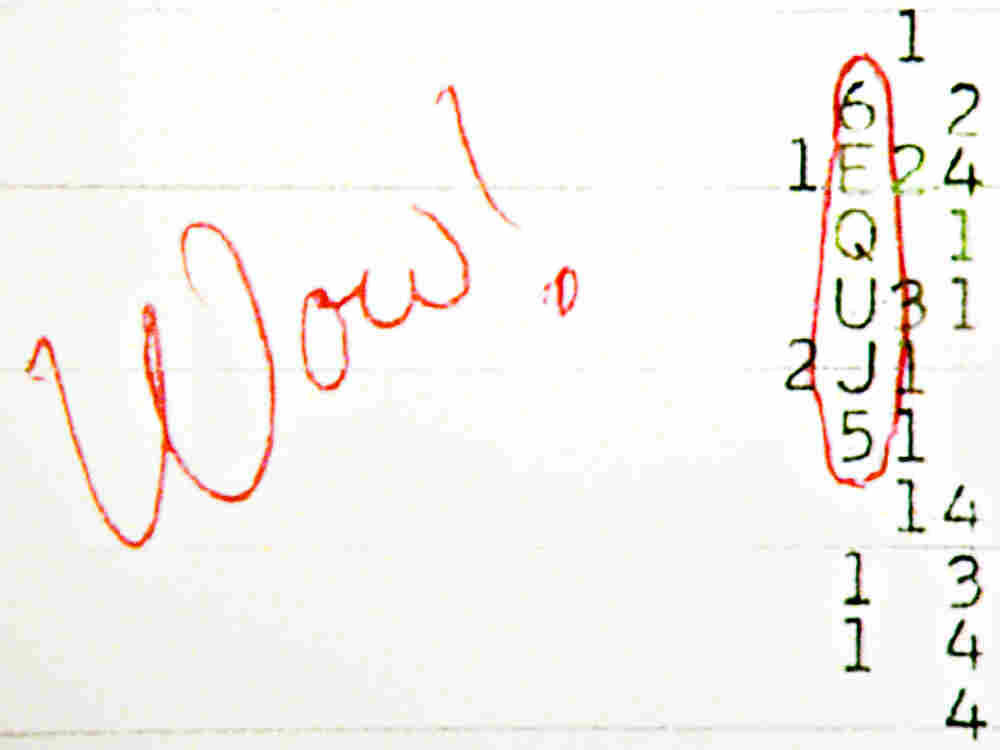 Image courtesy of the OSU RO and NAAPO

When Jerry Ehman wrote that three-letter word, "wow," he was a professor at Ohio State University volunteering with SETI, the Search for Extra Terrestrial Intelligence. Every few days, a messenger would bike over from "The Big Ear," Ohio State's giant radio telescope in Delaware, Ohio, and hand Jerry computer records of sounds coming in from deep space. If something surprising popped up, he was to notify the other SETI folks.

What he saw that day was like an answered prayer.

Eighteen years earlier, two Cornell physicists, Philip Morrison and Giuseppe Cocconi, had tried to imagine how an intelligent alien civilization might try to signal Earth. We should look, they said, for a radio transmission. Radio waves are cheap to produce, don't require much energy and travel vast distances across space.

The six numbers and letters of the "Wow!" signal. Image courtesy of the OSU RO and NAAPO hide caption

toggle caption
Image courtesy of the OSU RO and NAAPO

Cocconi and Morrison guessed that the aliens would choose a frequency that would mean something to creatures who know math and chemistry. Hydrogen is the most common element in the universe. Zap a hydrogen atom and it will resonate at a particular rate: 1420 megahertz (MHz). So look, they said, for a signal coming in at 1420 MHz. And look for something loud, something that would catch our attention.

What Jerry saw was, yes, a radio signal and, yes, a radio signal very, very close to 1420 MHz (it was 1420.4556, just a smidge from where it was expected). It lasted 2 to 2 1/2 minutes. It was loud. And the transmission had the shape that Cocconi and Morrison had predicted. If you look at this printout, you will see this sequence of letters and numbers: 6EQUJ5.

According to science writer Michael Brooks in his book 13 Things That Don't Make Sense, "The letters and numbers are, essentially, a measure of the intensity of the electromagnetic signal as it hit the receiver. Low power was recorded with numbers 0 to 9; as power got higher, the computer used letters: 10 was A, 11 was B and so on." So by the time you get to the last letters of the alphabet, you are getting a very powerful signal. 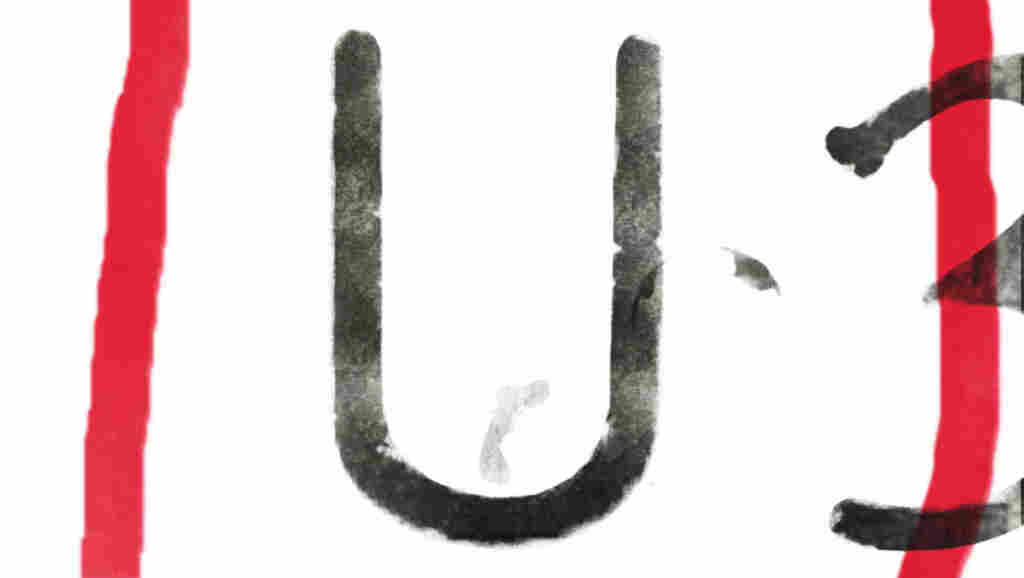 An illustration of detail from the "Wow!" document. Maggie Starbard/NPR hide caption

That's why when Jerry saw this letter U on his printout (U is the 21st letter of the alphabet) he knew something was up.

"I had never seen any signal that strong before," Jerry says. "U," in a logarithmic way, means about 30 times louder than the ordinary noise of deep space. That's kind of a "Hello!" level. And that explains Jerry's reaction.

The Universe Is A Noisy Place 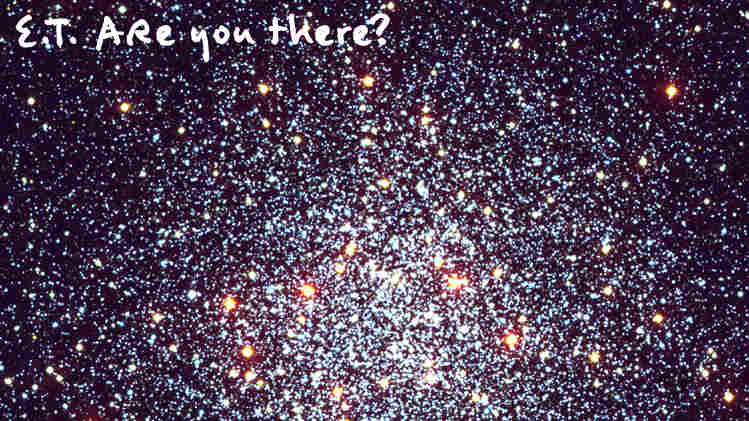 As surprised as he was, Jerry was also puzzled. Where did the signal come from? SETI scientists traced it back to the constellation Sagittarius, just to the northwest of the globular cluster M55. But when they looked for the source, there was nothing there, no planet, no star. Still, the shape of the signal, its narrow AM/FM-like focus, not to mention its surprisingly tantalizing frequency suggested intentionality. Maybe whoever or whatever sent the signal had moved on?

Video: See The Birth Of A Solar System

Or maybe not. Maybe there was no signal. Jerry and his colleagues checked all the alternative explanations they could think of. Was it a satellite transmission (no), a military signal (no), an aircraft signal (no), a broadcast beam (no), an accidental beam ricocheting off space debris (no)? Could it have been something natural? A pulsating star? That's where things began to unravel.

For Jerry Ehman, the big puzzle is: Why only one signal? If an alien intelligence is trying to send a message somewhere, wouldn't it make sense to send the message a few times? The signal landed once on Aug. 15, 1977. It never repeated.

"That's key in the scientific method," says Columbia's Scharf. "You want to see a repeat." That way, other scientists can confirm the finding.

And yet, the "Wow!" signal is the only reliably recorded sound apparently received from deep space that has the quality of an intentional signal. Jerry Ehman has never claimed he'd heard from E.T. Where the signal came from is still an open question for him. All Jerry Ehman will say is that having eliminated (as best he can) every other explanation, a message from E.T. is one possibility he can't dismiss.

Michael Brook's account of the "Wow!" signal is probably the best I've ever read. It can be found in chapter seven of his book "13 Things That Don't Make Sense," published in 2008.