Accessibility links
Mary Poppins And The Stripper: Time Reversal Reconsidered : Krulwich Wonders... Mary Poppins and a striptease artist have something in common: They failed at true reversal. But not for the reasons you think.

If only you could unsay that stupid thing you said, undo that stupid thing you did, not have turned left, touched her when you should have, not cried, not cared, cared more, stayed still. There are so many things we would do differently if we could back up and do it again. But the thing is, we can't undo what is done. The past is inviolate. It belongs to what the writer Thomas Wolfe called "the indestructible fabric." It won't be reversed. 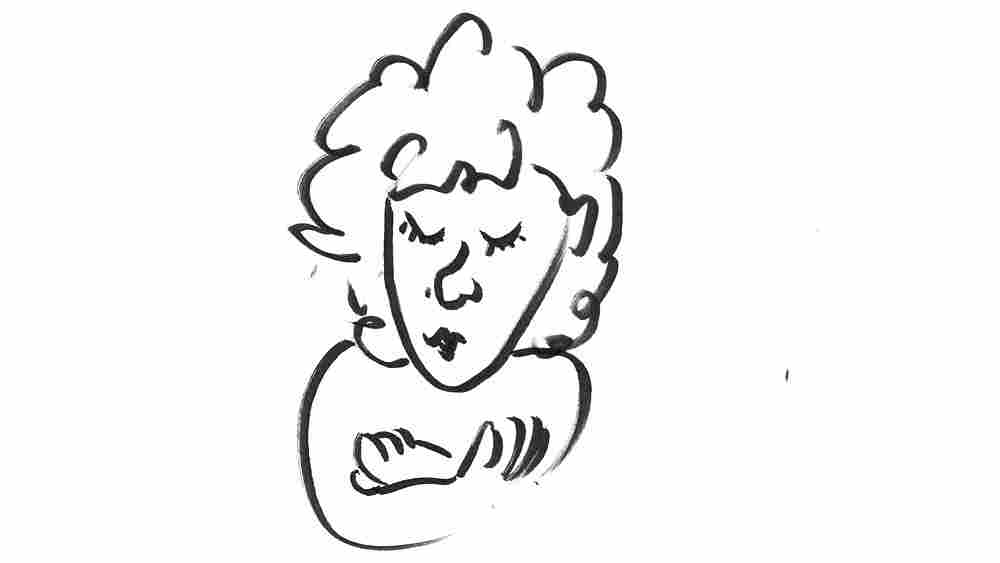 But people stubbornly imagine going backwards anyway. F. Scott Fitzgerald did that with Benjamin Button. Thorton Wilder did it in Our Town, though in that play you have to be dead to revisit your former self and you cannot interfere.

It would be lovely to look in on your earlier self, I suppose. But if you and everything you touched had to literally reverse direction to get there? Nah, that would be a nasty business: having your nails and hair grow inward instead of outward, having cigarettes lengthen as you smoke them, watching food leave your mouth to rejoin itself on the plate, seeing babies being shoved back into mothers, no I don't think so.

Going forward is what we are used to and given a choice I think we'd choose to keep moving that way, though I've heard of a few people who would take the chance. 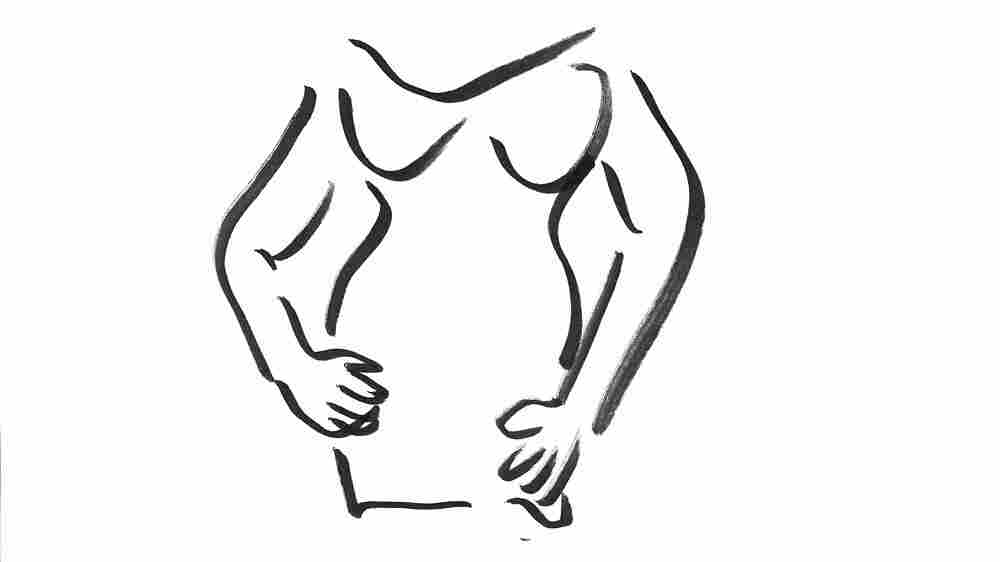 For example, back in the 1930s there was a young lady from Chicago who decided to reverse the strip tease. A little thing, I know, when we're talking about shifting space/time, but, as described by the great reporter Joe Mitchell for the New York Journal American, she was "a shy young woman with a business school education," 19 years old, and called herself Jan Marsh. She met Mitchell in a hotel to describe and then demonstrate her act.

"I may be nuts," she said, slipping out of her dress, "but I think I have an act which will ruin the striptease racket."

"Now look," she said, unnecessarily, "this is the way I start my act. I begin where the striptease ends. I am nude, definitely nude. Oh definitely. I come out in front of the audience in that condition. I slip on my black lace panties. Then I put on a garter belt. Then I slip on my black net stockings. Black is such a fascinating color. Then I get into my shoes. Then I get into my dress, a zipper dress, the kind of dress they call a taxicab dress. Then I pin on a corsage of flowers, orchids maybe. Then I put on my coat and hat. Then I put on another coat, maybe two or three coats. I just keep getting into clothes until the audience begins to moan. I put on maybe a ton of clothes. I may be nuts, definitely nuts, but I think my act will ruin the striptease racket, which I think would be a great service to my country." (From Joseph Mitchell, "My Ears Are Bent")

I don't think so. 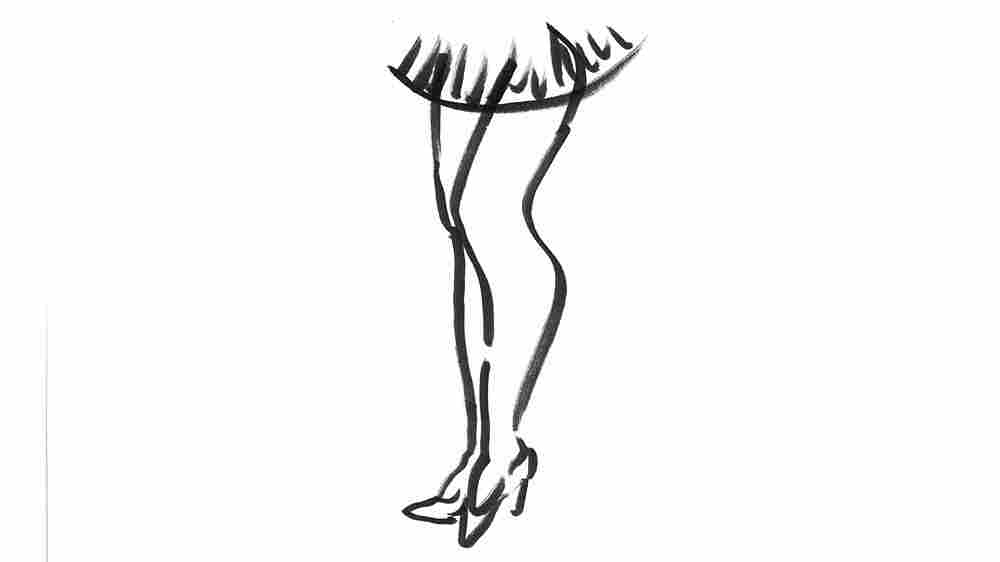 I think my countrymen (and women and people everywhere) will pay good money to peek at increasing nakedness far more willingly than increasing clothingness. But if we could get technical for a moment, had Jan wished to go backwards in all respects instead of claiming to offer "a great service to my country," she should have said, "country my to service great a" because if you're going to live backwards, logic dictates that you speak backwards as well.

But what speaking backwards means exactly can get a little... Talmudic.

I once read about a Czech film called Happy End where not only did everything go backwards, but the characters spoke in reverse, but not word for word. Instead it was phrase for phrase. So it went something like this, which, as you see here, is embarrassing when you read from bottom to top:

Wife: Such a sad looking fish.

Lover: You are too, my dear.

Wife: The weather is beautiful...

But if you want to SAY things backwards, as in pronounce the word backwards? Whew! That's really hard. There is a moment in the movie Mary Poppins when Mary says to her Cockney friend Burt that she can say supercalifragilisticexpialidocious backwards. Then she does it.

When I was at ABC News (on a slow day, as I recall), I got all hot and bothered about this and they let me vent.

I literally performed the word "suoicodilaipxecitsiligarfilacrepus" as it would sound if spoken backwards, which is not what Mary Poppins did at all. She lied to Burt, she did. But in fairness to Mary -- who is known far and wide to be "practically perfect", her claim was not about spelling it backwards, but saying it backwards; as the scholars on Wikipedia have noted "if one breaks the word into several sections ('super-cali-fragi-listic-expi-ali-docious') and recites them in reverse sequence, and also reverses the spelling of 'super' to 'repus', one does come close to what Poppins said in the movie."

Can't Do It Alone

But however awkward, technically difficult and unpleasing it would be to go backwards, as the great science writer Martin Gardner writes, F. Scott Fitzgerald and all the sci-fi writers got it wrong; you can't do it alone.

In his famous book, The Ambidextrous Universe, Gardner said:

"If we try to imagine an individual whose entire bodily and mental processes are reversed while the rest of the world remains the same, we run into the worst kind of difficulties. For one thing, he could not pass through his previous life experiences backward because those experiences are bound up with his external world. Since that world is [presumably] still moving forward none of his past experiences can be duplicated."

I think Miss Marsh, the reverse stripper, understood this. That's why when she finished her demonstration for Joe Mitchell, he says:

"Miss Marsh grinned. Then she executed a few dance steps."

"Of course," she said, "when I begin the act I am as nude as any tease stripper. Definitely."

"She does it all for art," said [her manager] Mr. Burger.

"That is right," said Miss Marsh. "I do it for art and I don't mean I have a boy friend by the name of Art." 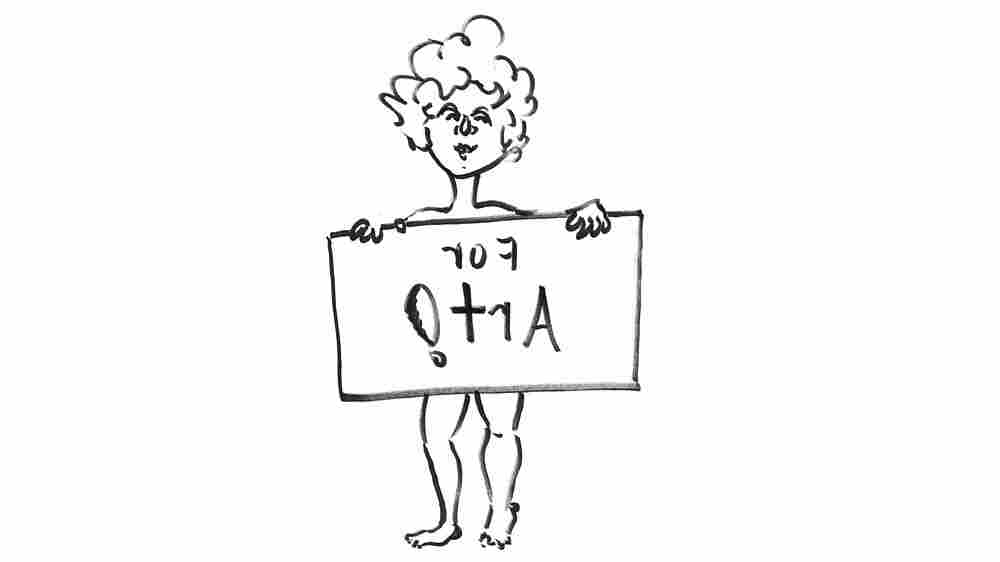 The lady knew what she was up to. Or down to.