Accessibility links
One Small Step For Man... : Krulwich Wonders... Two of the most important human footsteps ever taken -- one on the moon in 1969, the other over three million years ago --  have both been preserved thanks to extraordinary circumstances. They reveal the curious nature of humanity.

One Small Step For Man...

One Small Step For Man...

This is Buzz Aldrin's footprint. He had just stepped onto the moon back in 1969, and Mission Control wanted to study the nature of lunar dust and the effects of pressure on the moon's surface. As Aldrin stepped off the lunar lander, writer Andrew Chaikin says:

"Aldrin's eyes went to his feet, where a fascinating display of motion took place every time he took a step. Each footfall launched a spray of particles that sailed outward in perfect arcs, unhindered by an atmosphere, all coming to rest roughly the same distance away. Intrigued, he kicked his foot like a child on a playground, sending streams of dust flying gracefully into space. He looked at his own footprints and marveled at their sharpness, as if he had placed his foot in talcum powder." -- A Man on the Moon

Aldrin then took this picture. 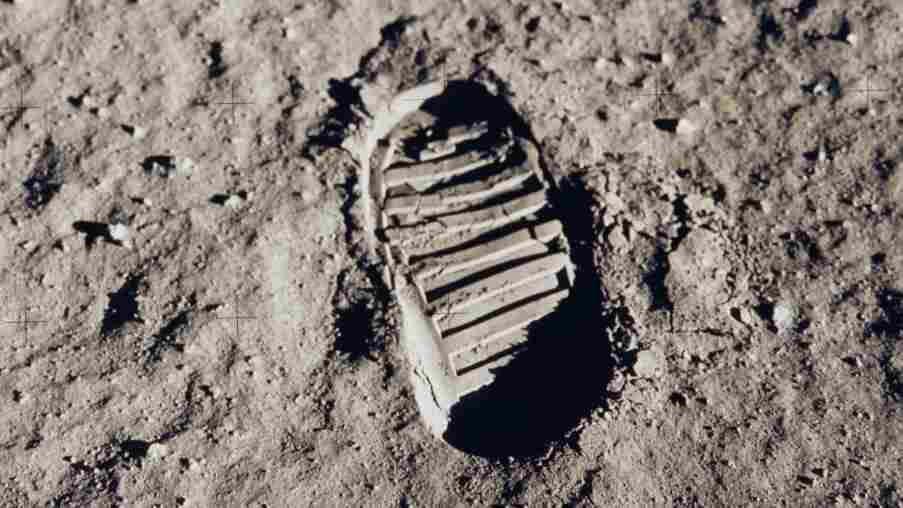 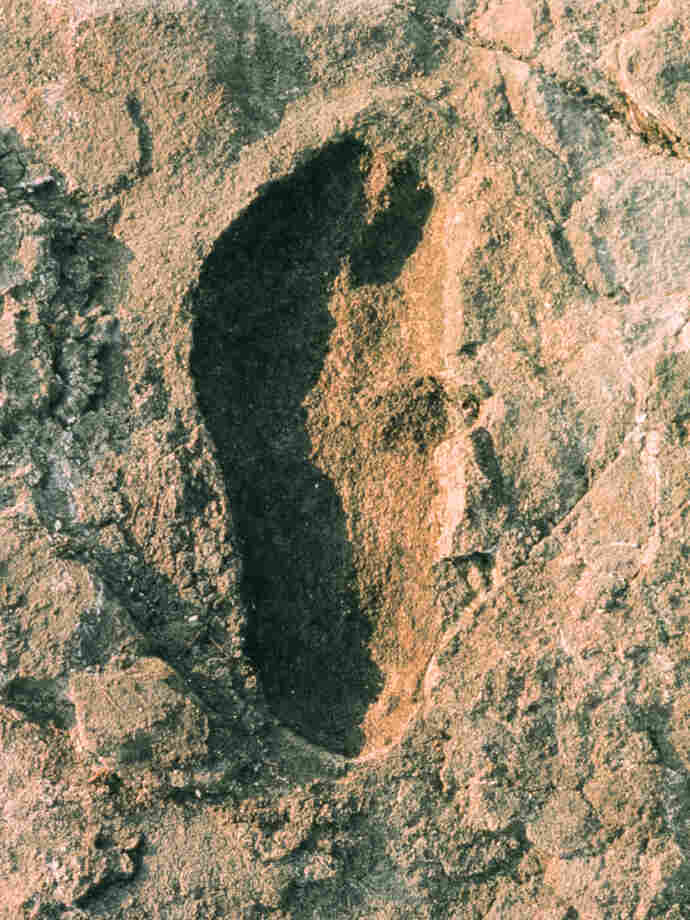 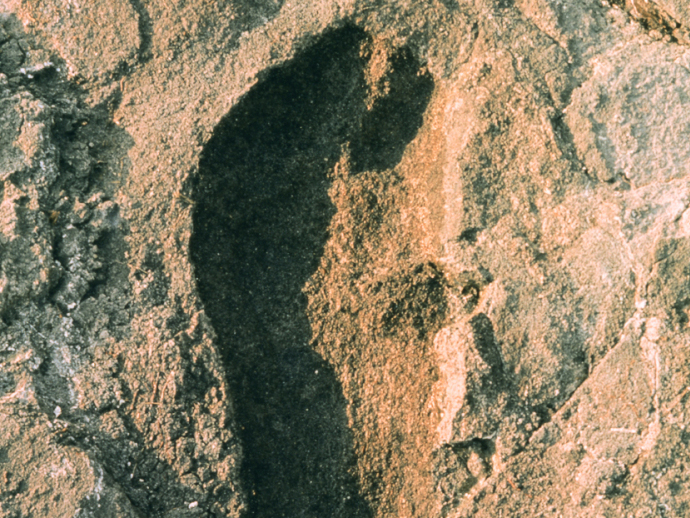 Because no wind blows on the moon and no rain ever falls, I imagine this silhouette has remained just like this all the years since. But now let's back up just a bit, well, more than a bit -- 3.7 million years earlier, to this next image, which is just as important if a little less well known.

This time we are on Earth, on an open African plain that was, on this particular day, covered with volcanic dust maybe made muddy by a recent rain. Two individuals or more (if there was a little one being carried) are walking along side by side. From the spacing of the prints we know they are not tall in the modern way; one of them is about 1.4 meters (a little over 4 feet), the other shorter. The prints also show they weren't running; they were strolling as though at the beach "much as a holidaymaker might mark his passage over the sands near the sea's edge" writes the fossil hunter Richard Fortey in his book Life.

From bones collected at the site, we think these were hominids, very ancient ancestors of the modern human. There is some question as to their exact species, but their brains are about one third our size, their teeth suggest a diet of mostly vegetables and fruits. If they used stones as tools, they certainly didn't make the tools themselves. They would not have had language. And while there is concern about whether their feet were too flat to do this well, it appears these folks had mastered a behavior every bit as important as flying to the moon. They walked on two feet. They did it upright. There is no evidence of knuckles or hand prints on the trail.

Four million years ago, for small ape-like creatures, walking was a new thing. Like Aldrin and Armstrong, they were pioneers and once they walked,  enthuses fossil hunter Richard Fortey, everything changed.  "To be unpermissably teleological about subsequent events," he says, "upright legs evolved first and freed arms; thus liberated, hands learned to manipulate and maneuver precisely," and gradually these hominids learned to concentrate, growing ever bigger brains as they learned to hammer and twist and weave and hunt and then, in a geological instant, swarm the Earth and fly to the moon.

In their textbook Essentials of Physical Anthropology,  Robert Jurmain, Lynn Kilgore and Wenda Trevathan open with both pictures: a foot on the moon and a foot in the African fossilized mud and they say:

"We humans who can barely comprehend a century, can't begin to grasp the enormity of nearly 4 million years, but we still want to know more about those creatures who walked across the savannah that day. We want to know how an insignificant but clever bipedal primate...gave rise to a species that would one day walk on the surface of the moon some 230,000 miles from Earth." 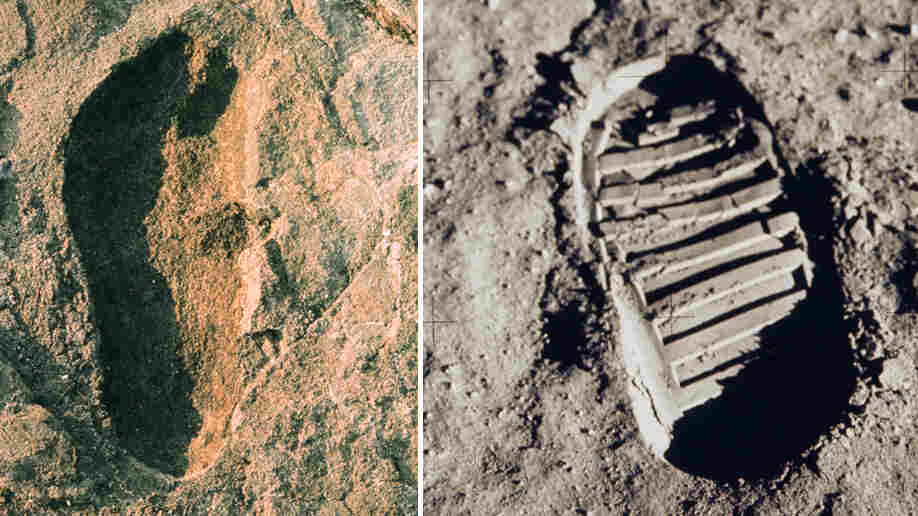 It does seem amazing, doesn't it, to see these images side by side and to marvel at how one led to the other, like a mashup through time.

Only yesterday we started on our left foot, small, tentative, naked in the mud and in the blink of a geological eye, we landed on our right foot, suddenly booted, rubberized and wandering way, way, way from home.