Accessibility links
Linnaeus, Shlinnaeus! : Krulwich Wonders... Swedish scholar Carolus Linnaeus devised the naming system for all living things. Little did he know that his naming convention would one day lead to critters classified as Johnny rotteni and Khruschevia ridicula. 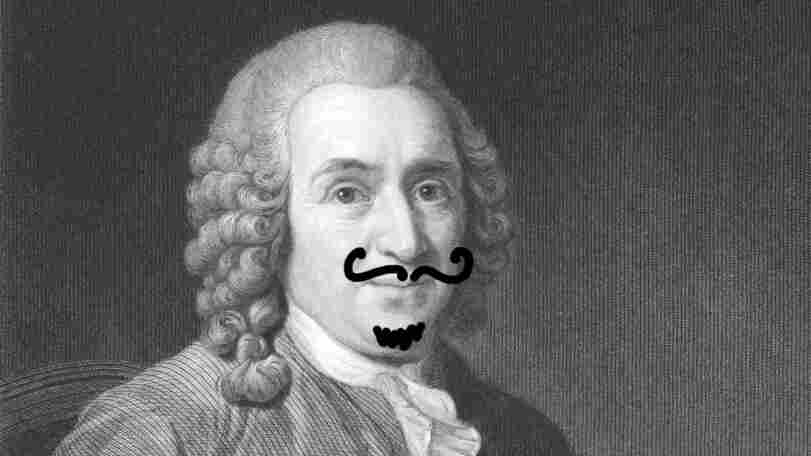 Biologists love Linnaeus. Biology students? Not so much.

Carolus Linnaeus was the Swedish scholar who back in the 1750s devised a naming system for all living things. His classifications are now short answer questions on high school biology tests, so high schoolers everywhere have to painfully (as humorist Dave Barry remembers) relearn their bug categories:

Oh, I can hear you junior-high-school science teachers out there now... shouting "Wait a minute! Spiders aren't insects! Spiders are arachnids!" That's exactly what's wrong with our junior high schools today...Of course spiders are insects. The very word "insect" is a combination of two ancient Greek words: "in," meaning "a," and "sect," meaning "repulsive little creature." Thus not only are spiders insects but so are crabs, jellyfish, the late Truman Capote, bats, clams, olives and those unfortunate little dogs, "pugs" ....

There are, of course, many ways to categorize life, but biology teachers, as we all know, LOVE anatomical distinctions, that spiders have 8 legs, insects 6, and Linneaus gives us a way to walk around the world with a handy set of labels that teach us about hidden connections in the history of life.

"It is difficult to overstate the importance of this," write biologists Sandra Knapp and Quentin Wheeler in their 2008 book Letters to Linnaeus. The great Swede's classifications, they say, rank with the invention of the internet.

And yet the very people who should take Linnaeus most seriously — the research scientists who discover and name new species of life — have all kinds of fun playing with Linneaus' system.

Over the centuries they have used their naming rights to make merry in a zone that is somewhere between Dave Barry and Your 9th Grade Science Teacher...

For example, look at these.

These are crane flies. I've never seen one before, but an American scientist named Charles Paul Alexander was able to identify 10,000 different species of them. That means he got to invent 10,000 different insect names. When opportunities like this come along, scientists can get giddy. They have invented all kinds of wonderfully ridiculous names to insult competitors, flirt with girlfriends, attack political enemies.

A couple of years ago I did a story about how a scientist who so despised communists, he named a worm he discovered Khruschevia ridicula after former Soviet leader Nikita Khrushchev, and another scientist who so loved the Sex Pistols he named some ancient trilobite species after Sid Vicious and Johnny Rotten: Sid viciousi and Johnny rotteni (the names are Latinized according to Linnaeus' formula, genus first and capitalized, species next, in lower case). For the girlfriend details, you'll have to use the hypertext link.

But recently my collection of names has been updated by Professor Chris Impey in his new book How It Ends. Here's Chris' list of favorites:

He found a beetle named Agra vation and another one called Agra phobia. (These are their real scientific names.)

There is a pine tree called Pinus rigidus.

There is a mollusk named Abra cadabra. 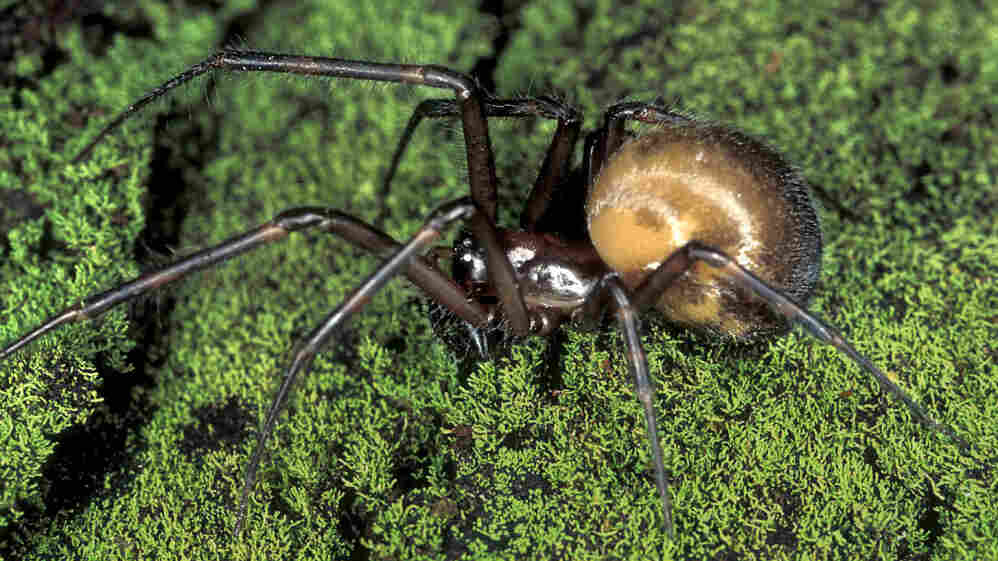 But here's my favorite. It comes from a genus of snails called Bittium.

There is a type of Bittium snail that tends to be smaller than the others. We don't have a photo, but I can imagine it well enough and it is called...ah, this is so wonderful.... Ittibittium. 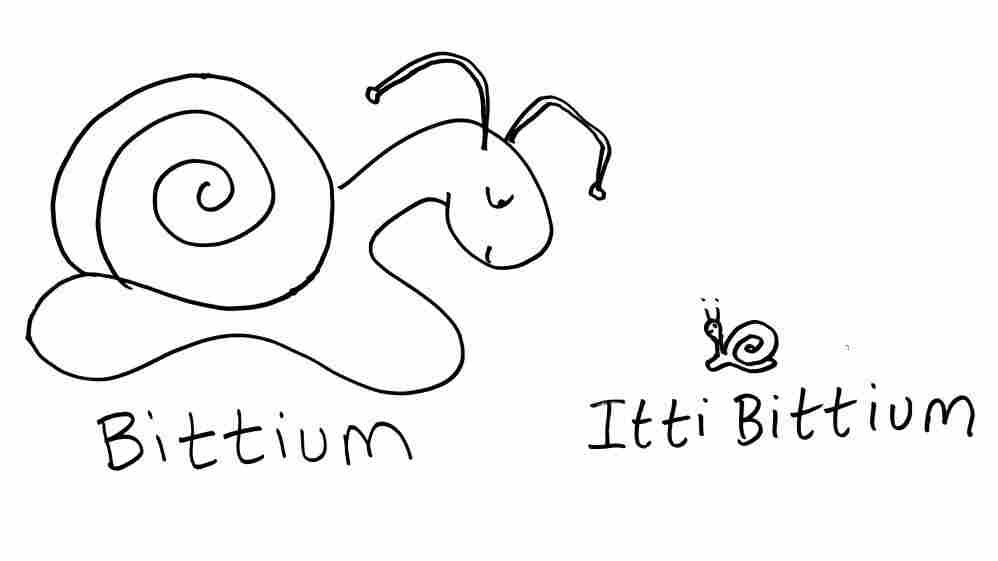