Ok, now we have arsenic life. But here's a much wilder thought: How about living clouds? 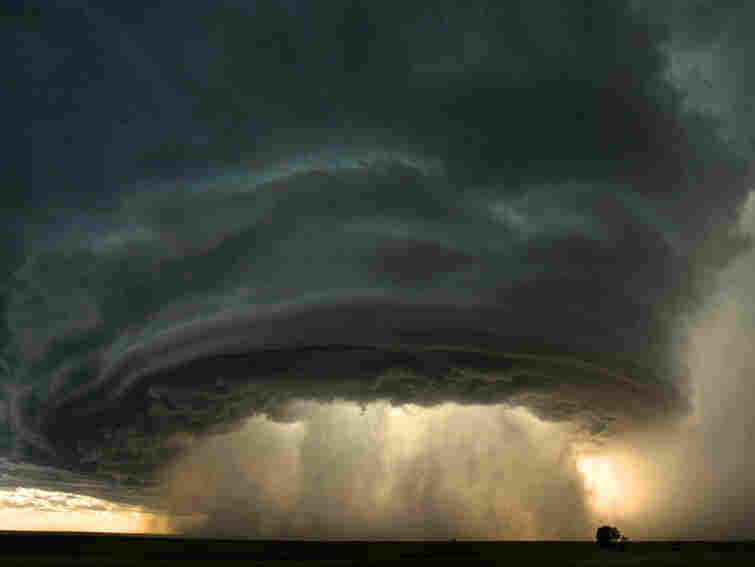 I assume you've read the news. To life as we know it, with carbon, oxygen, nitrogen, hydrogen, sulfur and phosphorous, we can now add life with arsenic. Dr. Felisa Wolfe-Simon fed a little bacterium daily doses of the dread element, and the little guy slurped it up, chucked most of its phosphorous, and became an arsenic-creature. "It's a really nice story about adaptability of our life form," chemist Gerald Joyce told the New York Times, "It gives food for thought about what might be possible in another world."

Well, here's one possibility. The otherwise sane and respected  astrobiologist David Grinspoon has been considering that under the right circumstances, clouds could become living things. With intelligence, even. Carl Sagan thought so, too. 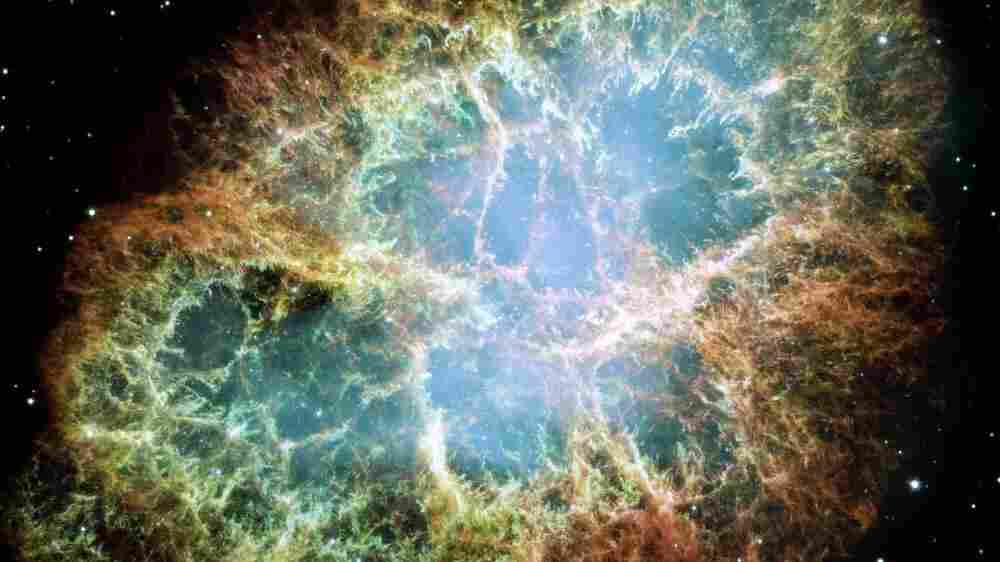 A living thing, it is thought, needs to feed, grow, copy and evolve and persist. It needs some kind of shape.  Clouds can do all that, says David Grinspoon. Though they look hazy and random here on Earth, they contain levels of order, they hold themselves together, they move around, they have routines. They can, in theory, produce increasingly complex forms of themselves.

Stuart Kauffman talks about life in an abstract sense as a system that uses energy and builds complexity out of flows and gradients of energy and matter resulting in something that self replicates, so Darwinian evolution can take over.

If you look at that as an abstract idea of what you need – constant flows of energy and nutrients to provide templating building blocks -- then you ask, "What kind of environment provides those sources of energy that facilitate complexity?"

Imagine a cloud of stellar dust several light years across quietly drifting through space. Powered by its own bursting stars feeding it oxygen, carbon, life-giving chemistries, could it not become a slightly lonely but vastly oversized life form? An enormous space traveler? 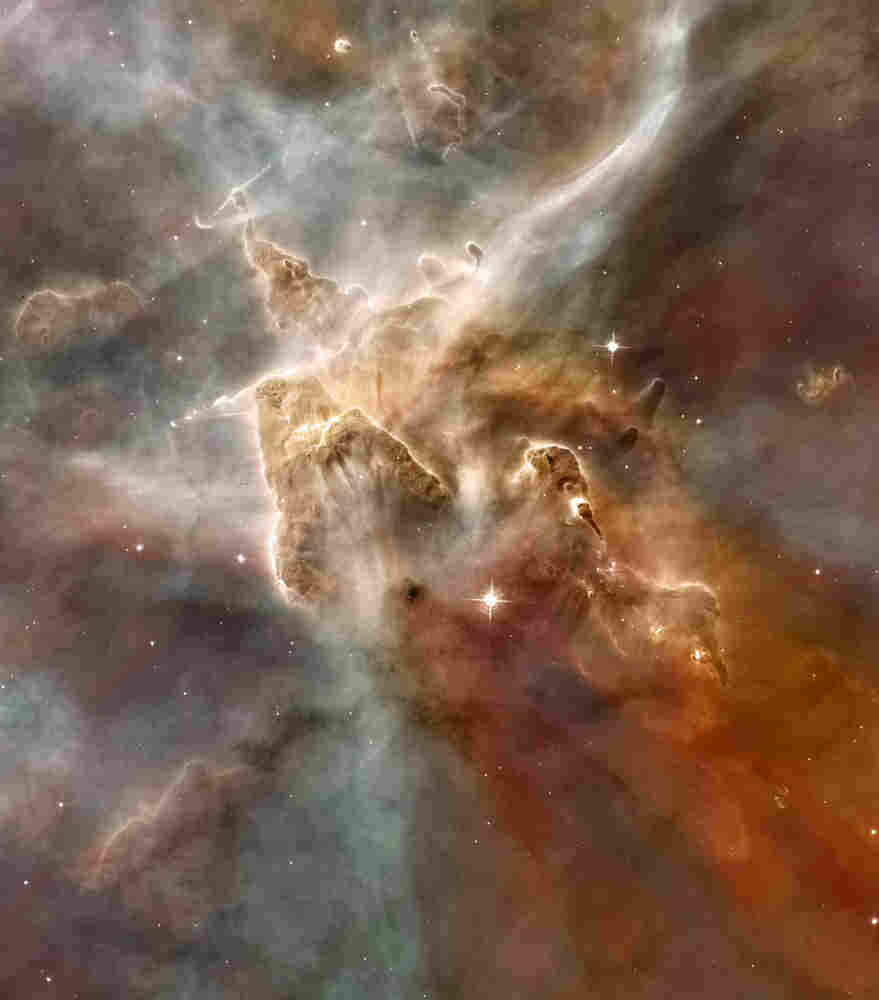 About 50 years ago, the astronomer Fred Hoyle wrote a science fiction book called The Black Cloud, in which a huge interstellar cloud becomes a thinking being. It uses gravity as its container.

Astronomer Chris Impey says that little kids who read Hoyle's book – and lots of them did -- are now grownups. They have put his fanciful notions into equations and, alas, the idea doesn't quite work:

Unfortunately, in real life the density of interstellar gas is so low that interactions would take place hundreds or thousand of times slower than that in a liquid medium on Earth. Hoyle's idea is implausible, but it's hard to rule out.

But what about a local cloud? One, say, on Jupiter or Venus?

Grinspoon says when our probe landed on Venus, the place looked dead. We saw no signs of life.

But we overreacted. There can't be life as we know it on the surface of Venus, but there is the possibility of life in the clouds of Venus -- they're within the right temperature range for life as we know it, and they are in a continuous, dynamic environment, one with a lot of interesting energy sources and a certain amount of chemical equilibrium in the atmosphere that has not yet been well explained.

Grinspoon's mentor and friend Carl Sagan thought that Jupiter could have buoyant creatures floating in its clouds. He called them "floaters" and "sinkers," and he and another scientist made up an imaginary world of Jovian clouds hanging out together. So far, no one has detected clouds on Jupiter humming to each other, but cloud life isn't the only idea being explored. Astrobiologists are thinking about self-organizing electric fields and magnetic fields (whatever they are). But far from the lab I bumped into a group of weavers who've been knitting neurons in wool… 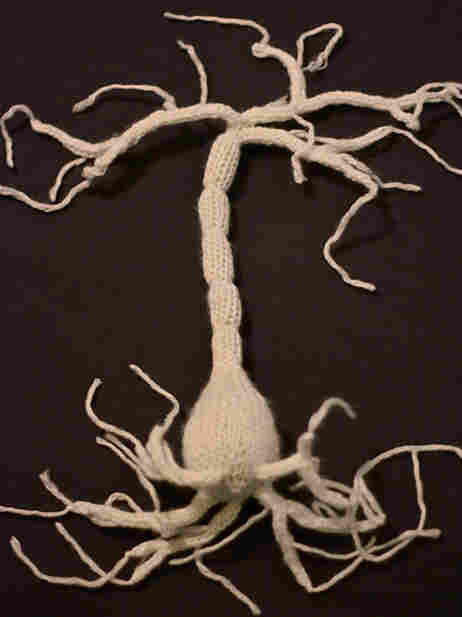 I don't think these "brain cells" are even remotely alive – though they are gorgeous -- but as Chris Impey says: "The possibilities may simply be limited by our imaginations."

David Grinspoon is Curator of Astrobiology at the Denver Museum of Nature and Science and an Adjunct Professor of Astrophysical and Planetary Science at the University of Colorado. He was interviewed by astronomer Chris Impey. The interview appears in Impey's new book "Talking About Life, Conversations on Astrobiology"(Cambridge University Press, 2010). Living Clouds are also discussed in  Impey's book "The Living Cosmos" (Random House, 2007), and while I am blushing as I say this, Radiolab was thinking about arsenic and life a year ago. The first cloud  photo is a submission from National Geographic's 2010 photo contest. Check out their Web site to see other 2010 submissions, vote on your favorites and see past winners.