Accessibility links
How Big Was It, Really? A New Way To Think About The News : Krulwich Wonders... When we read news stories, we often lack a sense of scale. We read about oil spills, we read about natural disasters in Pakistan. But we often wonder "How big was that, really?" And now there's a website that answers that question.

How Big Was It, Really? A New Way To Think About The News

How Big Was It, Really? A New Way To Think About The News 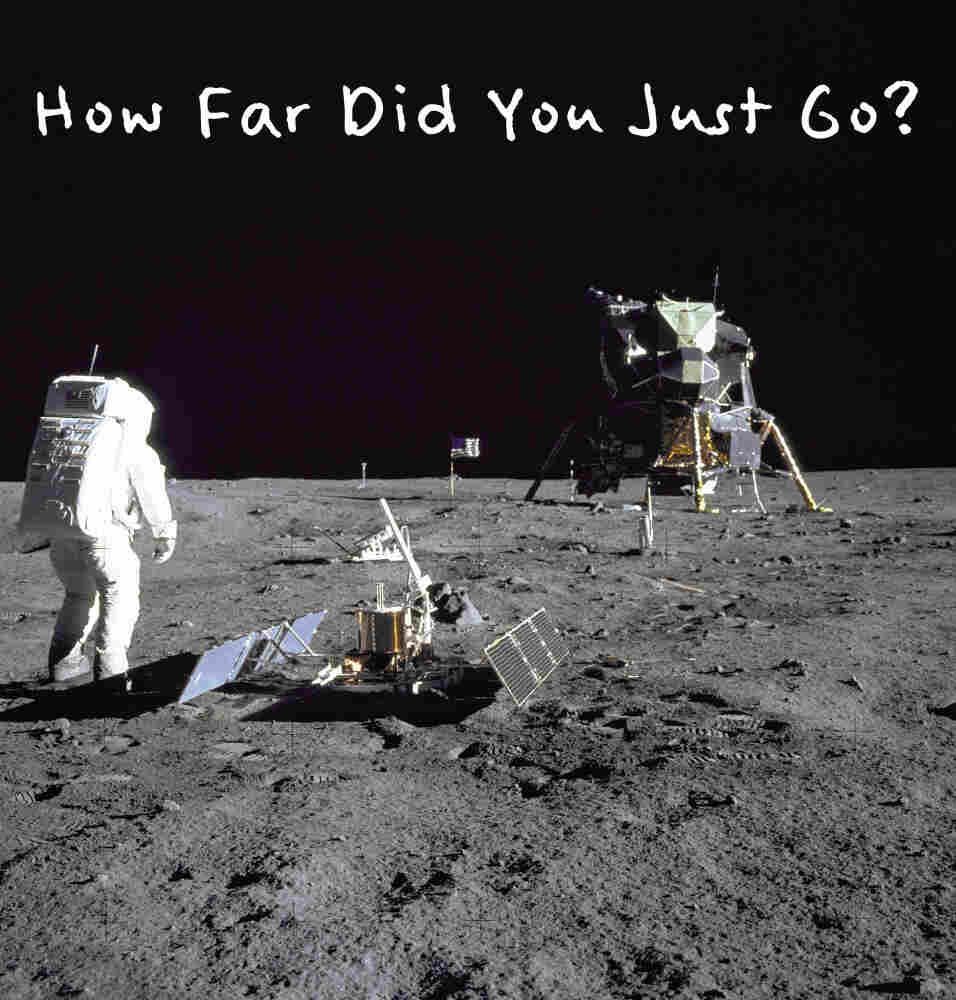 Scale is a tricky thing when you are reading the news.

Take an event of mind-boggling significance, like Neil Armstrong and Buzz Aldrin's first visit to the moon. Think about the landing, the walks, the rock collecting, putting up the U.S. flag, the picture-taking, all of it. It was the biggest news story of my lifetime.

Now take the same story, same details, and plot it on a map. The scale changes.

This is NASA's version of everywhere Neil and Buzz went on the moon's surface in 1969. The lunar landing vehicle, marked LM on the map, is at the center. You can click and look around at the details. But here's the startling thing. 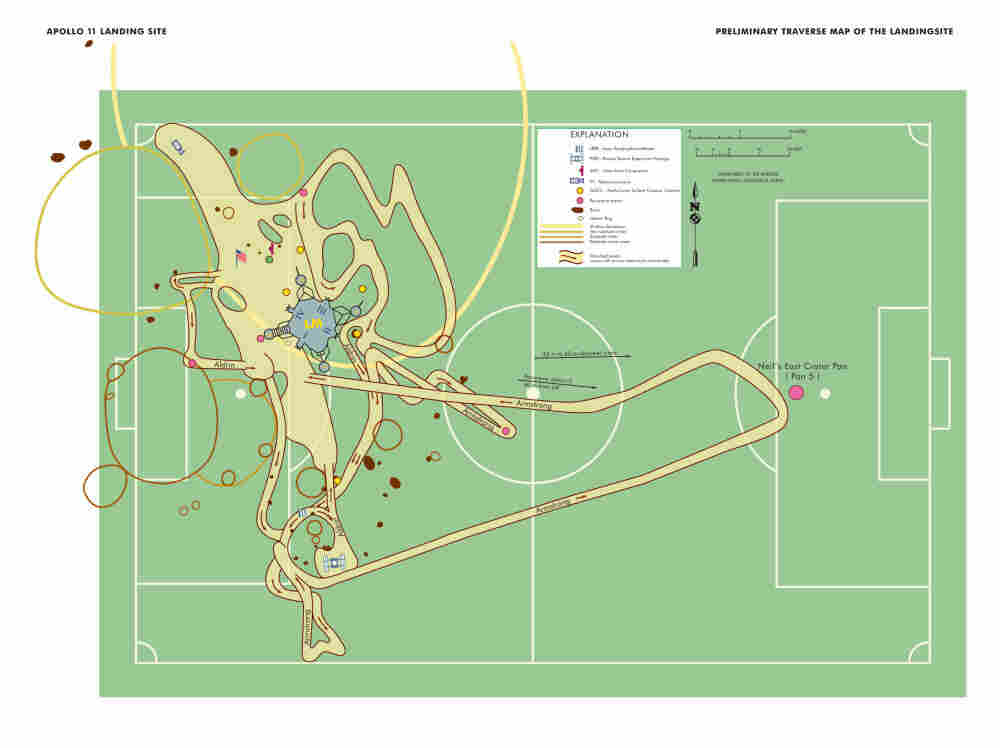 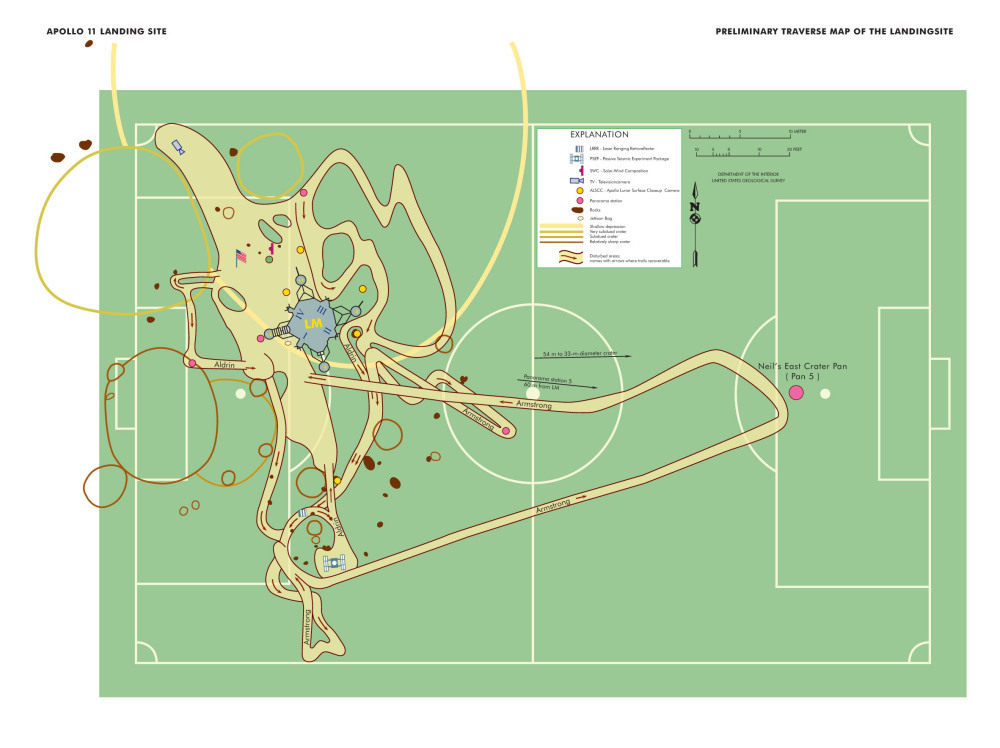 When you superimpose a soccer field on top of NASA's map, it turns out Armstrong and Aldrin -- the entire time they were there -- barely crossed 90 yards of moon! What Neil called "a giant leap for mankind" wasn't quite as giant as it seemed. Oh, the trip was a "leap" to be sure, a fantastic accomplishment, but the first moon explorers explored an astonishingly small area.

Or, For A More American Metaphor…

If you aren't that familiar with soccer, NASA, Frank Jacobs and the folks at Strange Maps superimposed a baseball diamond instead. As you can see, Armstrong's longest, boldest walk took him about as far as Joe DiMaggio used to jog every inning -- from home plate to about mid-center field. That's like walking about a block from your hotel's front door. Who knew? (Read Neil Armstrong's response.) 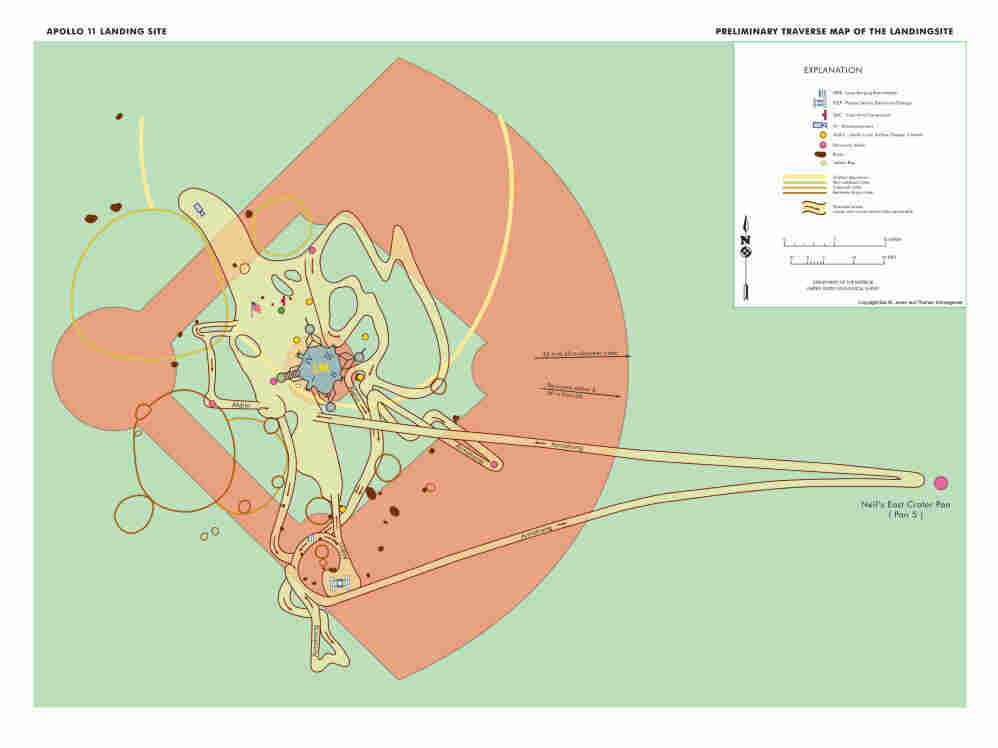 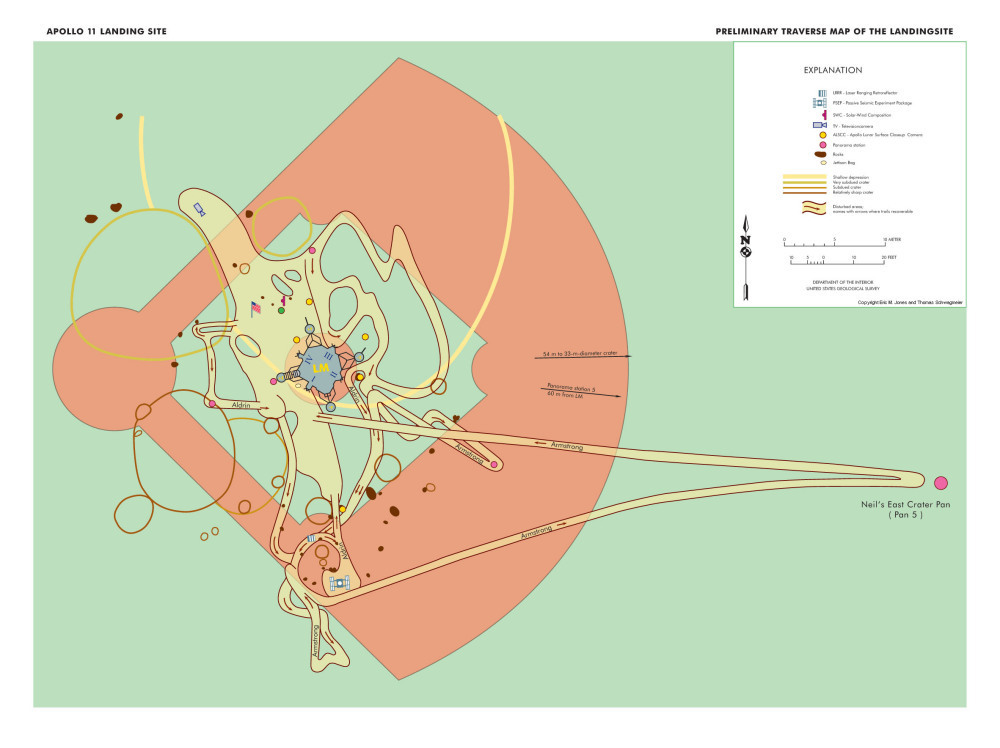 When we read news stories, we often lack a sense of scale. We read about oil spills, we read about natural disasters in Pakistan and we have a vague idea of what went on, but we often wonder "How big was that, really?" And now, I am pleased to tell you, there's a website that answers that question.

Designed by the BBC, it's called howbigreally.com and it allows you to superimpose any number of stories, including the moon walk, over any neighborhood you like. Let's try, for example, the Gulf oil spill off Louisiana. Here, because I live in Manhattan, I typed in my ZIP code, 10025, and poof! Suddenly BP's goop is floating from the Catskill Mountains to the middle of Long Island (which makes the oil spill smaller than I'd supposed.) You can do this yourself. Just type in your ZIP. 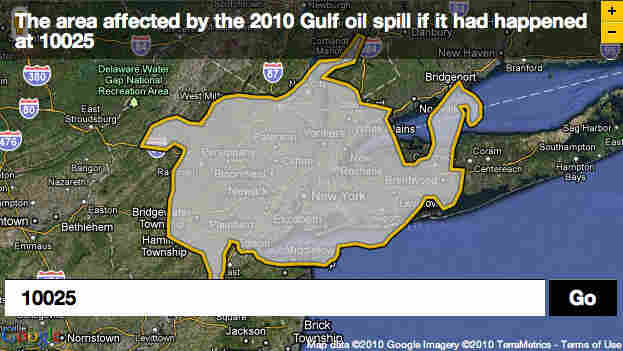 Try your own ZIP code
howbigreally.com

Or how about the terrible flood that took place in Pakistan earlier this year? If it had taken place around my ZIP code, it would have stretched from Canada's St. Lawrence River down to Baltimore, Md. (That's bigger, much bigger, than I'd supposed.) 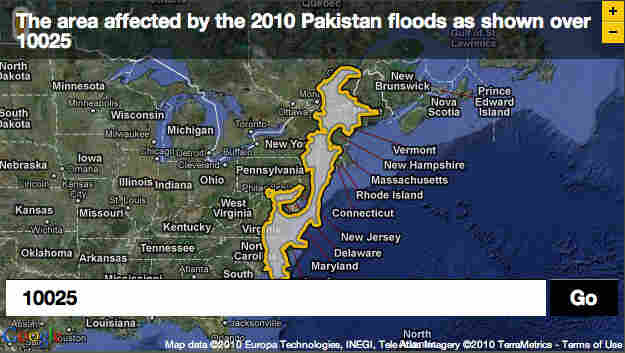 Try your own ZIP code
howbigreally.com

Sometimes what feels big is much littler. Sometimes it's much bigger.

Let me finish with this map of Africa from designer Kai Krauss. He calls this "a small contribution in the fight against rampant immapancy." We know Africa is big. Everybody knows that.
But look at this thing! 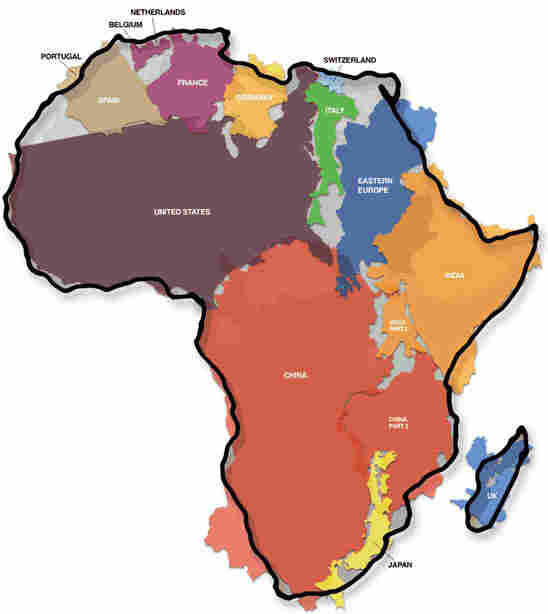 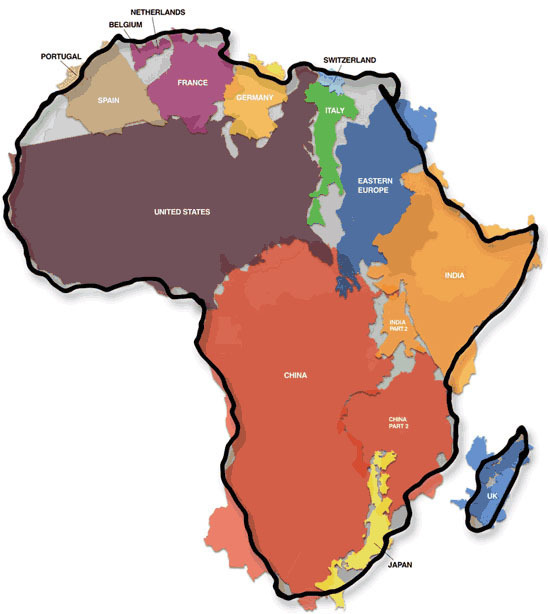 Africa is so big, you can pack all of the USA, all of China, the enormity of India and every bit of Europe into it and still have room for skinny Japan down at the lower right!

Big is big. But when a good designer comes along, you get a better sense of big -- and that makes bigger better.