Accessibility links
How To Celebrate 12/12 : Krulwich Wonders... On the 12th day of this month, consider how things would be if we based our counting system not on tens, but on multiples and fractions of twelves.

It's December, the twelfth month.

Sunday is the twelfth day of the twelfth month, which makes it a 12/12 day, which makes this the perfect weekend to get yourself a copy of the Duodecimal Bulletin, Celebrator of all things Twelvish. 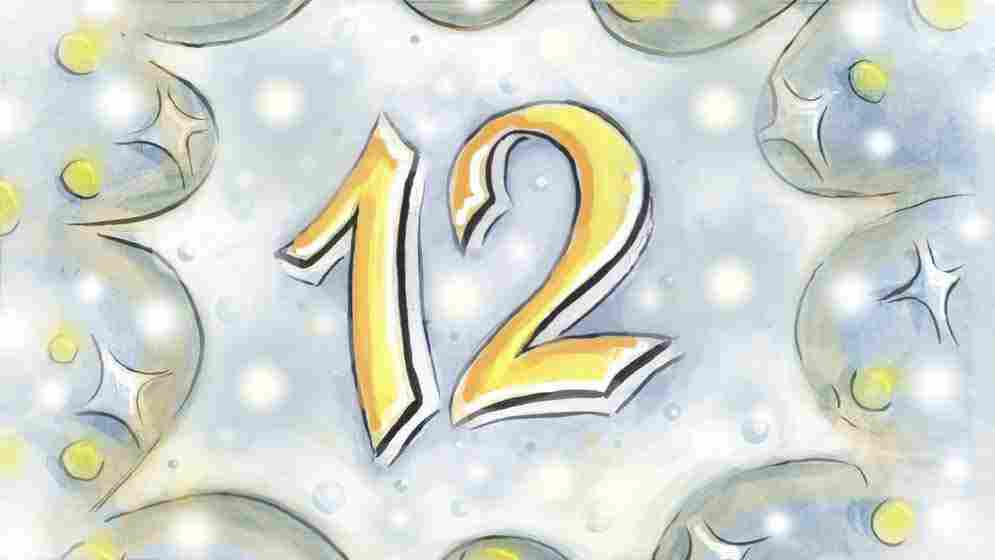 The Duodecimal Bulletin is published by The Dozenal Society of America, which believes that life would be a lot better if we based our counting system not on tens, but on multiples and fractions of twelves.

Yes, thinking in tens got a boost from our having ten fingers and ten toes, says Dozenal activist Professor Gene Zirkel. But that, he says, "is a biological accident."

In his article, "A Brief Introduction to Dozenal Counting" Professor Zirkel writes, "if only we had been born with twelve fingers how much simpler all this would be."

That is why The Dozenal Society is represented by this panda. 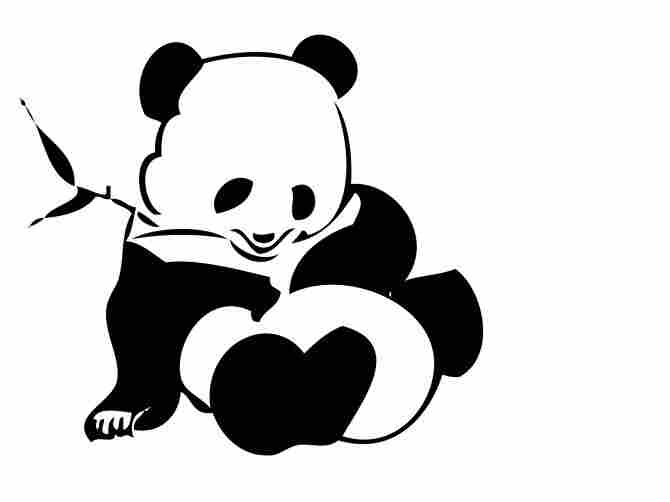 The Dozenal Society of America

"The Panda was chosen as the mascot of the DSA," the Society's webpage says, "because it has six 'fingers' on each paw." If  Pythagorus had been a panda, well...things would be very different for us arithmetically.

However, because I am paid to check these things, I took a quick look at several panda anatomy sites and found that if you take this little quiz from giant panda anatomist D. Dwight Davis, it turns out pandas have...well, do it yourself. 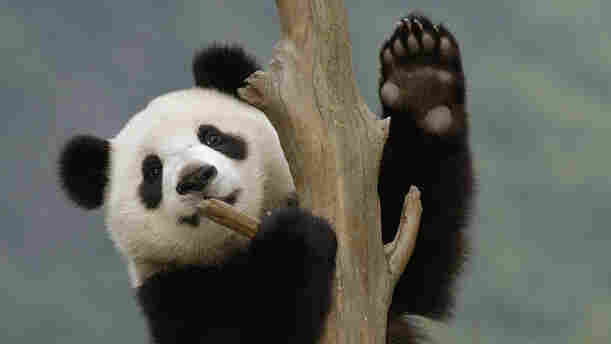 How many claws are on this panda paw?

Are you sure? Count the claws again.

While technically a Panda is a five digit animal, that round pad on the left is a primitive opposable thumb, so it's almost six fingered. Dozenalians might want to switch to something decidedly sixish. How about a six toed cat? They’re almost as cute as Pandas. 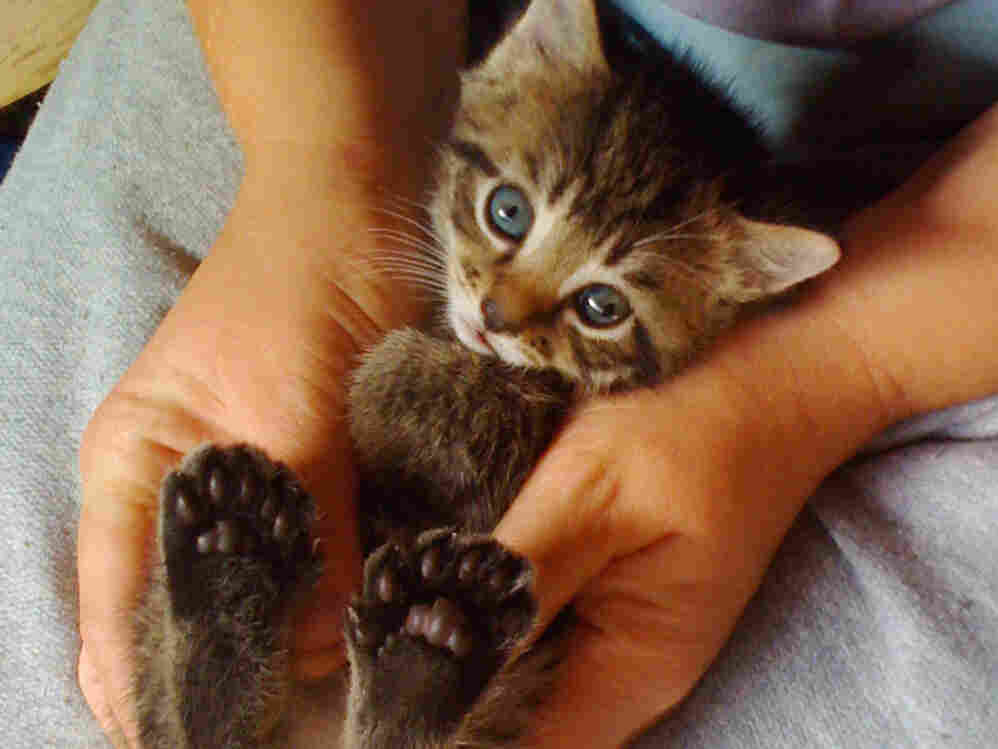 The Best Argument for Switching to Twelves

But fingers and toes aside, the real argument for base-12 arithmetic is that twelves are easier to use than tens.

What Professor Zirkel means to say, if I may help him a long, is that twelve's great advantage is its Superior Divisibility. As Alex Belos points out in his math book Here's Looking Euclid:

Twelve can be divided by 2,3,4 and 6, whereas ten can be divided only by 2 and 5.  Advocates of base 12 argue that we are much more likely to want to divide by three or four than by five in our daily lives.

For example, suppose you sell fruit. If you have twelve apples (and you don't want to cut them up), you have so many choices. Ten apples? So few. 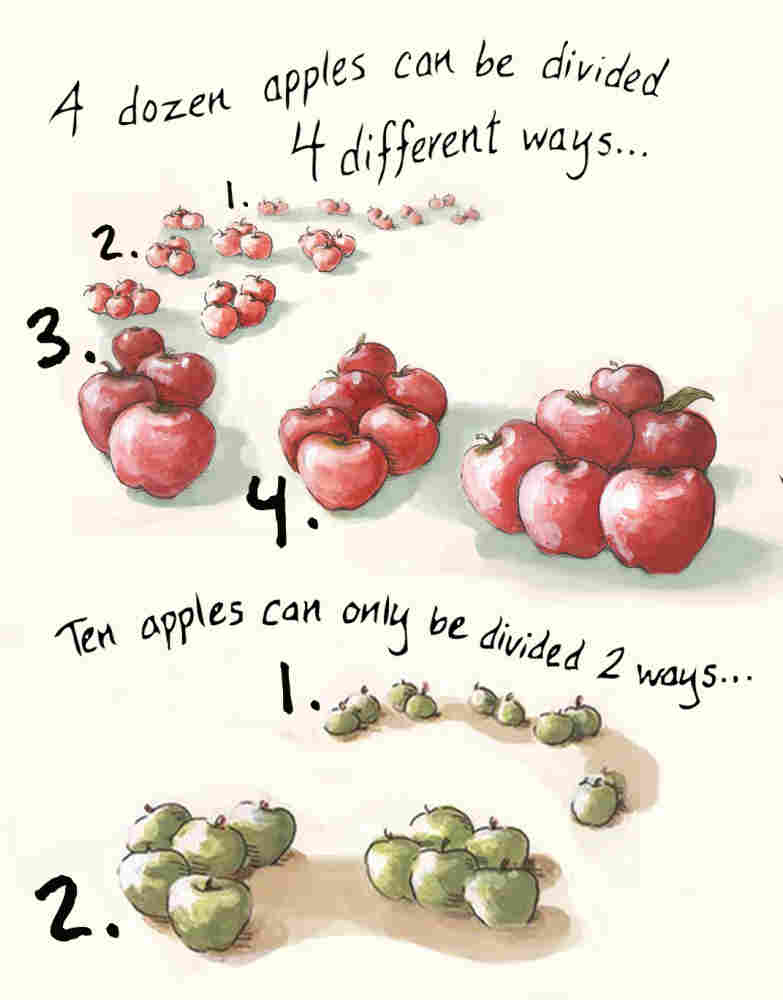 That, in sum, is their argument: that a world of twelves is a world rich with choice, variety, and whole integers, a world that we can joyously share our apples in, be we men, women, boys, girls or pandas. Tens are for dullards,  people who like the look of 3.333333333. Whichever kind of person you are, have a great weekend and Happy December 12th!