Accessibility links
Can ET And Christmas Co-exist? : Krulwich Wonders... Imagine there's intelligent life somewhere out in the universe.  Would they celebrate Christmas?  While this question may seem silly, some people take this question it very seriously.

Can ET And Christmas Co-exist?

Can ET And Christmas Co-exist? 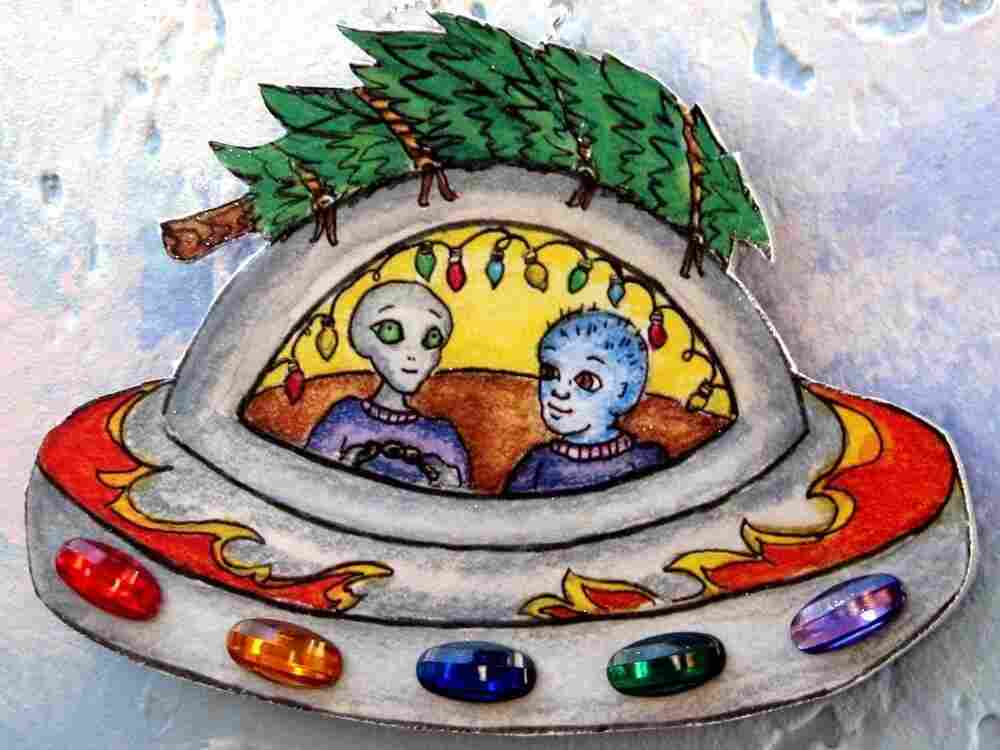 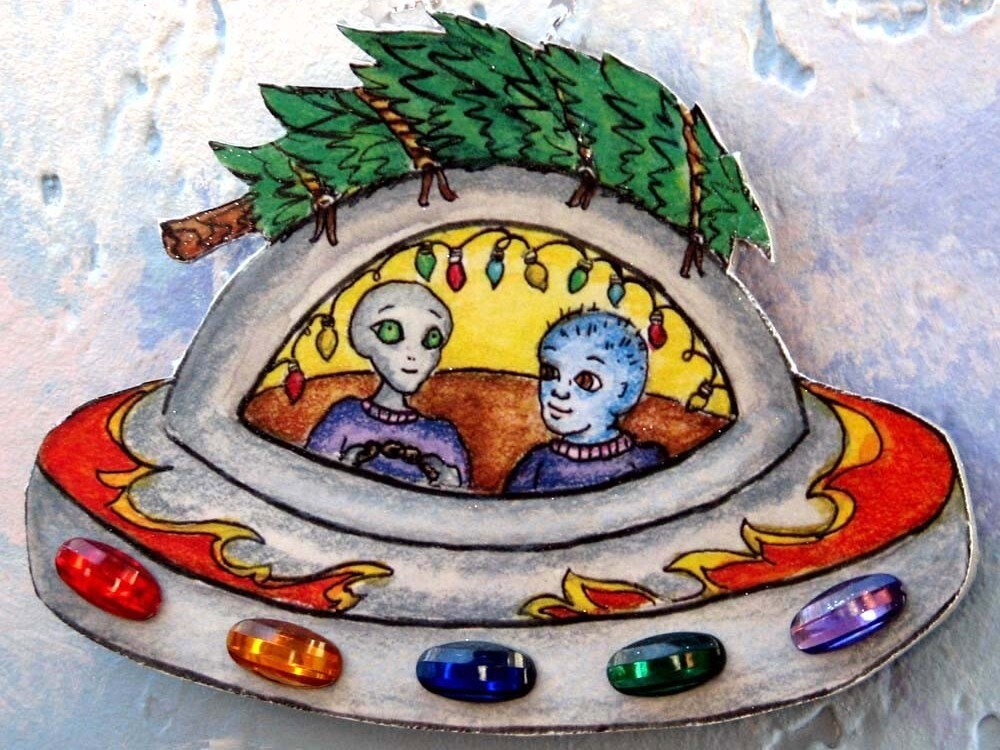 Imagine there's intelligent life somewhere out in the universe. Then think about the message of Christmas.

The essential Christmas story is that Christ came in human form to live among us on Earth to save all sinners here. What if there are intelligent beings out "there?" Do they have Christmas too?

If the question sounds silly, some people take it very seriously.

In a soon-to-be published book, First Contact, The Washington Post's Marc Kaufman quotes Gary Bates, the head of Creation Ministries in Atlanta, who says he is deeply uncomfortable with the notion of extraterrestrial life.

"My theological perspective is that ET life would actually make a mockery of the very reason Christ came to die for our sins, for our redemption," he told [Kaufman]. Bates believes that "the entire focus of creation is mankind on this Earth" and that intelligent, morally aware extraterrestrial life would undermine that view and belief in the incarnation, resurrection and redemption drama so central to the faith. "It is a huge problem that many Christians have not really thought about."

Oh, but they have. And not only Christians.

There could be other beings, also intelligent, created by God.

Epicurus, long, long ago, proposed that life exists on other celestial bodies. Aristotle proposed the opposite: that life is here and nowhere else. Aristotle's view was taken up by the Church. In 1600, philosopher Giordano Bruno was burned at the stake for, among other things, believing in a "plurality of world," so this question is old, contentious and sometimes dangerous.

But doctrines can change. A statue of Giordano Bruno now stands in Rome, near the Vatican. Two years ago, the director of the Vatican Observatory matter-of-factly referred to potential life in the universe as our "extraterrestrial brothers." 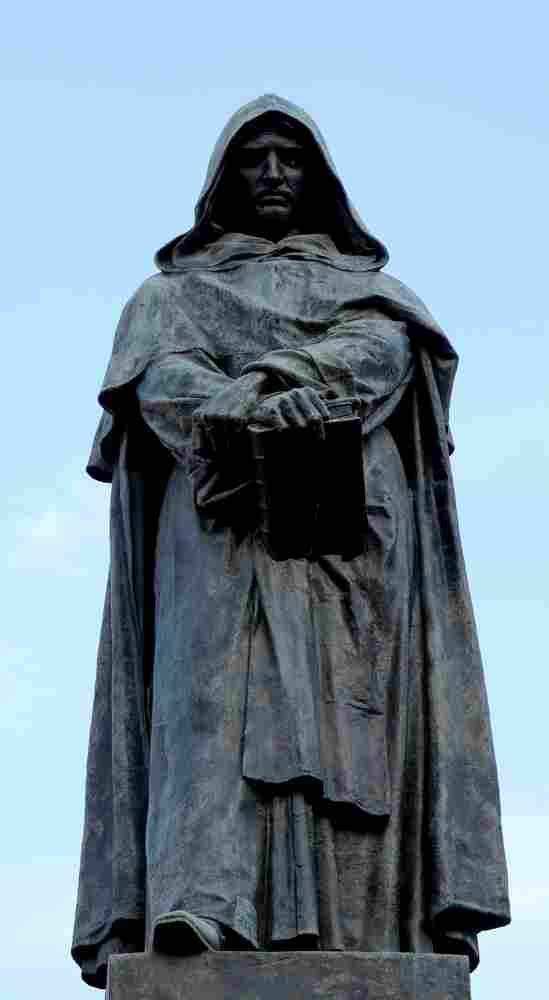 "As a multiplicity of creatures exists on Earth, so there could be other beings, also intelligent, created by God."  said Jesuit astronomer Jose Gabriel Funes. "This does not conflict with our faith because we cannot put limits on the creative freedom of God."

That remark got a lot of attention, from, among others, the always alert TV comedian Stephen Colbert (himself a Catholic) who invited a Vatican astronomer from Arizona, Brother Guy Consolmagno, to come on the show. 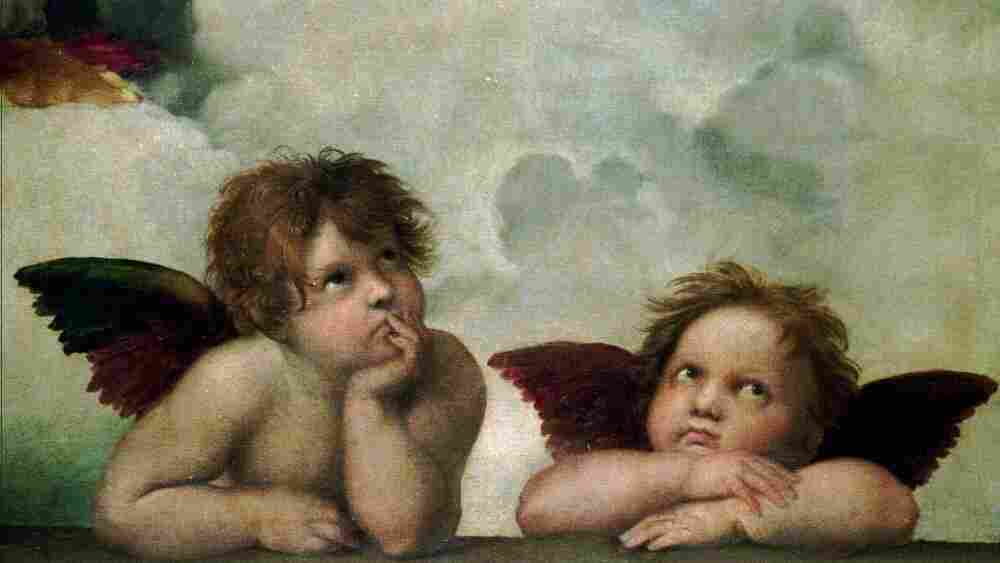 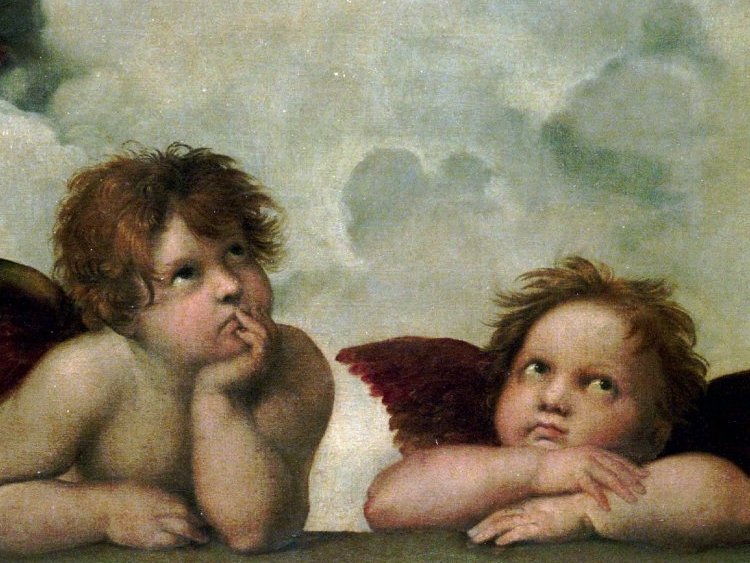 Brother Guy, (previously trained as a physicist at MIT) told Colbert that the Church has always recognized extraterrestrials, beings with wings who live in a zone that is near but not of Earth. They are called "angels."  "The whole mythology of angels in the Jewish and Christian tradition shows that the Church, the religious people, the people that wrote the bible, were not afraid of other intelligent creatures who are also worshipping God," Guy said.

Colbert, speaking tongue-in-cheek but for many in his audience, wondered "Doesn't this upset our place at the center of God's creation?"  Quoting the catechism, about how Jesus was "born of the Virgin Mary and became man," he wondered if other intelligent communities have their own saviors, also sent by God, and if it turns out there are multiple Christmas stories, doesn't that somehow diminish our own?

I know Colbert is a comedian, not a theologian, but he's obviously smart, sensitive and maybe even a believer. More important, he knows how to press a point. Though he pushed Brother Guy pretty hard, the physicist-turned-monk seemed very comfortable with the idea of extraterrestrial Christmases.

When Colbert went all the way and asked could there be different saviors on different planets across the universe, to the audience's astonishment, Brother Consolmagno didn't  object. Instead he smiled and said, "I'm not there, I haven't found out.'

So that's the question: What happens to Christmas when there are not one, but two, three or 40,000 civilizations across the universe?  Can the baby Jesus and ET share the holiday? No, says Gary Bates. Yes, says Brother Guy. This is not a real question yet, because the only intelligent life we know is here. But if that changes, will Christmas change too?

Marc Kaufman's new book, First Contact: Scientific Breakthroughs in the Hunt for Life Beyond Earth (Simon and Schuster), will be published in April, 2011. Brother Guy Consolmagno's book on astronomy is called The Heavens Proclaim, Astronomy and the Vatican. Stephen Colbert's conversation with Brother Guy Consolmagno -- based on an article Marc wrote in the Washington Post, can be seen here. My own contribution to this theological discussion, a Christmas cartoon fable called Santa and the Space Nicks describes an intergalactic gathering of Santa Clauses.