Accessibility links
Did Baby Boomers Notice The Baby Bust? : Krulwich Wonders... While the number of births world-wide has dropped by almost half, our population continues to grow, most likely because people are living longer.

It's happened. The Baby Boomers are finally -- at a rate of roughly 7,000 a day -- becoming Oldsters. So it's Boomer time to kick back, (or work an extra shift at Arby's) and consider this: The generation that got named for it's many-ness -- the most populous generation of Americans in all its history -- has just lived through an era when people all over the globe have decided to have fewer babies. 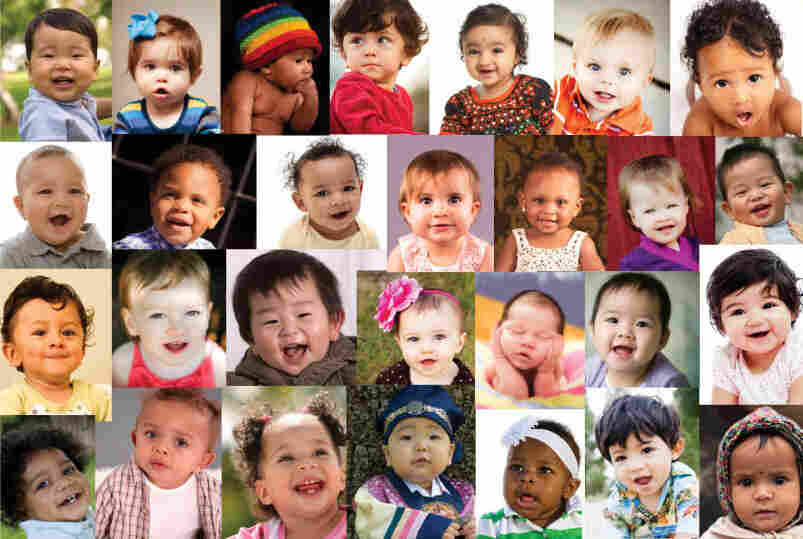 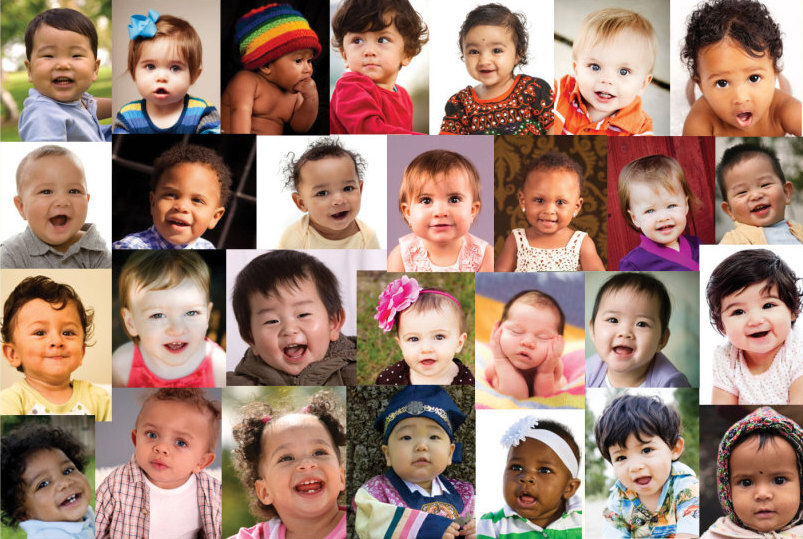 We (yes, I am one of them) Baby Boomers lived through a worldwide Baby Bust.  It's not clear that we noticed. But it’s still happening.

According to Nicholas Eberstadt, writing in Foreign Affairs, since World War II, when the Boomers began popping into existence, the number of births per woman on Earth dropped by almost half, from 4.9 to an estimated 2.5 today, an extraordinary decline -- and it happened pretty much everywhere.

This is one of those developments that Eberstadt says will change our world in lots of surprising ways. His article got me arguing with myself.

The global population explosion was, in reality, a health explosion.

(Confused Me): Wait a second.  Am I missing something? Since World War II, the world's population has doubled and doubled again. If we're having a bust, why has the world got 6.1 billion people on it?

(Informed Me): Eberstadt says families around the world aren't making more babies. Quite the opposite. The reason our numbers are up is because babies aren't dying like they used to and people are living longer. What’s happened, says Eberstadt, is that we’ve gotten much healthier.

This global population explosion was, in reality, a health explosion: the entirety of the enormous increase in human population over the past several generations was due to dramatic declines in mortality and improvements in general health conditions.

(Confused Me): And healthier adults don't want as many children? Is that what you're saying?

(Informed Me): It's hard to know why this is happening or whether it will keep happening, but yes, for a half century, women all over the world have chosen not to have as many kids as they used to. When the fertility rate falls below 2.1 births per woman, the population starts to drop.

(Confused): And that process has started?

(Informed): Birth rates have fallen across Western Europe, Eastern Europe, China, Japan, Vietnam, Burma, Vietnam, in most of the Caribbean islands, increasingly in Latin America and more recently, says Eberstadt, "sub-replacement fertility has also come to parts of the great Islamic expanse that stretches from northern Africa through the Middle East."

(Confused): So who's holding out? Who's still having lots of babies?

Over the next 20 years...the largest share of growth in the world's working-age population -- well over a third of the total -- will take place in sub-Saharan Africa, the region with the worst record of long-term economic performance. Bangladesh and Pakistan will account for nearly another eighth of the world's manpower growth. In other words, over the next two decades, sub-Saharan Africa, Bangladesh, and Pakistan will generate nearly half the growth in the world's working-age population.

(Confused): What about China? Nobody's talking about that country getting smaller.

(Informed): The CIA is. So is the U.S. Census Bureau. They figure China's fertility rate is about 1.5 children per woman. That's 30 percent below the replacement rate, meaning if Chinese women keep this up, China will indeed begin to get smaller.

Over the next two decades, sub-Saharan Africa, Bangladesh and Pakistan will generate nearly half the growth in the world's working-age population.

(Confused): Has that ever happened in modern times?

(Informed): Populations are definitely aging all over Europe, but shrinking? That's about to happen most dramatically in Japan. The U.S. Census Bureau expects in the next two decades, Japan's population will drop from 127 million to 114 million, a ten percent decrease. That means fewer kids in Japan's schools, fewer young workers, fewer drivers, fewer homeowners, fewer soldiers, fewer mouths to feed, and eventually -- fewer Japanese. Japan is the first modern capitalist society to shrink dramatically.

(Confused): Is that a good thing or a bad thing?

(Informed): It's a new thing, so nobody really knows. However, it's clear U.S. demographers are uneasy about what’s going to happen in China.

(Informed): Japan has an excellent health system, good pensions and people there can age gracefully. Not so in China, says Eberstadt: 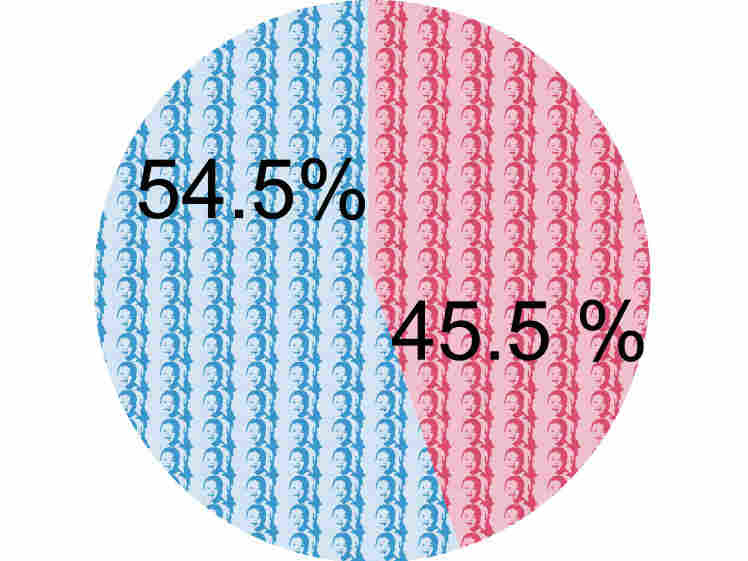 China has a birth ratio of 54.5 percent boys to 45.5 percent of girls. Abby Verbosky/NPR hide caption 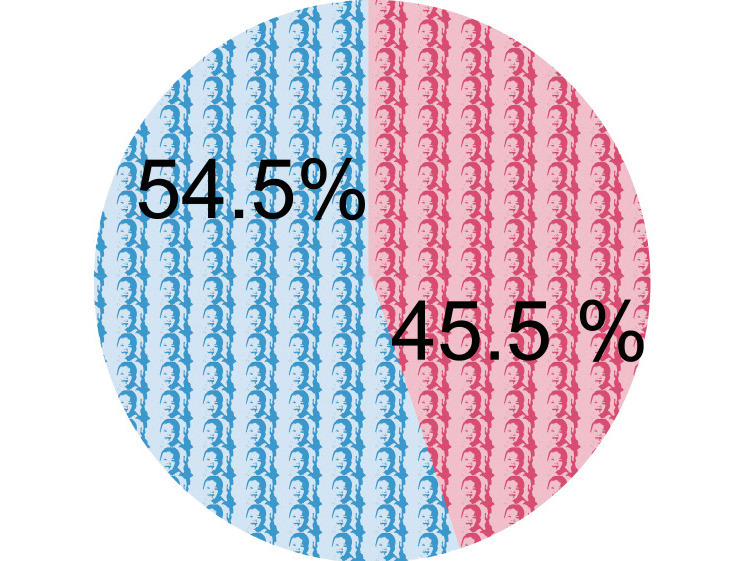 China has no national public pension system and only the most rudimentary provisions for rural health care. Meeting the needs of its rapidly growing elderly population will place economic and social pressures on China that no country of a comparable income level has ever had to confront.

This imbalance is setting the stage for a "marriage squeeze" of monumental proportions. By 2030, projections suggest that more than 25 percent of Chinese men in their late 30s will never have married. The coming marriage squeeze will likely be even more acute in the Chinese countryside, since the poor, uneducated, and rural population will be more likely to lose out in the competition for brides. Beijing will have to determine how it will cope with a growing demographic of unmarried, underprivileged, and, quite possibly, deeply discontented young men.

Many of us Boomers won't be around to see how the Bust works itself out, but Eberstadt makes a good case that for the next couple of decades, one of the more dramatic developments on Earth is this: Can we find a way to peacefully winnow our numbers to protect both ourselves and our planet?

(Those lonesome Chinese guys are turning 20 around now -- so the first quakes in this story may happen uncomfortably soon. I wonder how it will go.)