Accessibility links
Holy Mackril! Or Is It Macrell? : Krulwich Wonders... There are many ways to skin a cat, and just as many ways to spell "mackerel." 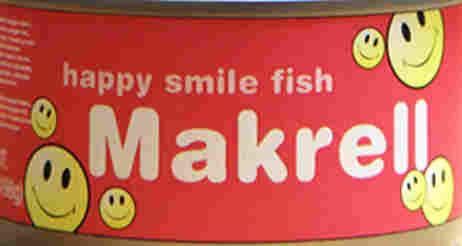 The Oxford English Dictionary is a remarkable thing.

If you look up a word, you will find not just the most acceptable common spelling of that word today — sheesh, any dictionary does that — you will find, the Oxford lexicographers say, "every form in which a word has occurred throughout history."

If a word has been around for 700 years, the OED will tell you how it was spelled across the centuries. That way, if you happen to be reading a lease agreement from 1450 between a squire and a land-owning duke (stop blushing, I won't tell) and you come across a word like "mackril" and you wonder if in 1450 that meant "mackerel" (as in "a well known sea-fish, Scomber scombrus, much used for food") you can find out.

And should you discover that "makrill" was once a common spelling for this fish, then, I don't know why, speaking for myself, I just love knowing this ... because now I can imagine scenes like this: 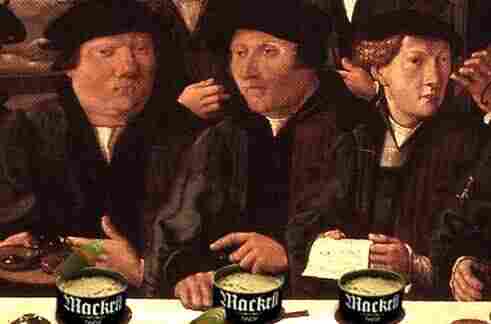 Mackerel, by the way, was originally an old French word, "maquerel" but when the Normans conquered the British (or was it the Angles and Saxons?) in 1066, they brought maquerel into the English language where it got bounced around quite a bit. James Gleick, the science writer, says the OED in 1989 listed 19 different mackerel spellings down through English-speaking history.

Nineteen is a lot different names to call a fish.

But when you consider that most people were illiterate, there were no dictionaries, and no notion of "correct" spellings, it would have been highly unusual for only one spelling to predominate.

So you could never have a dinner party like this... 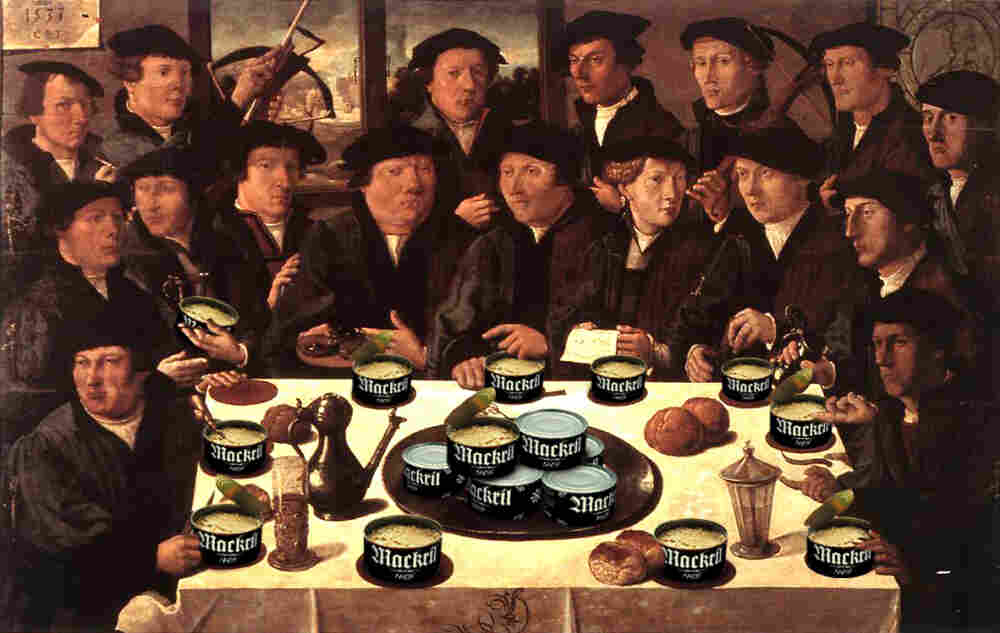 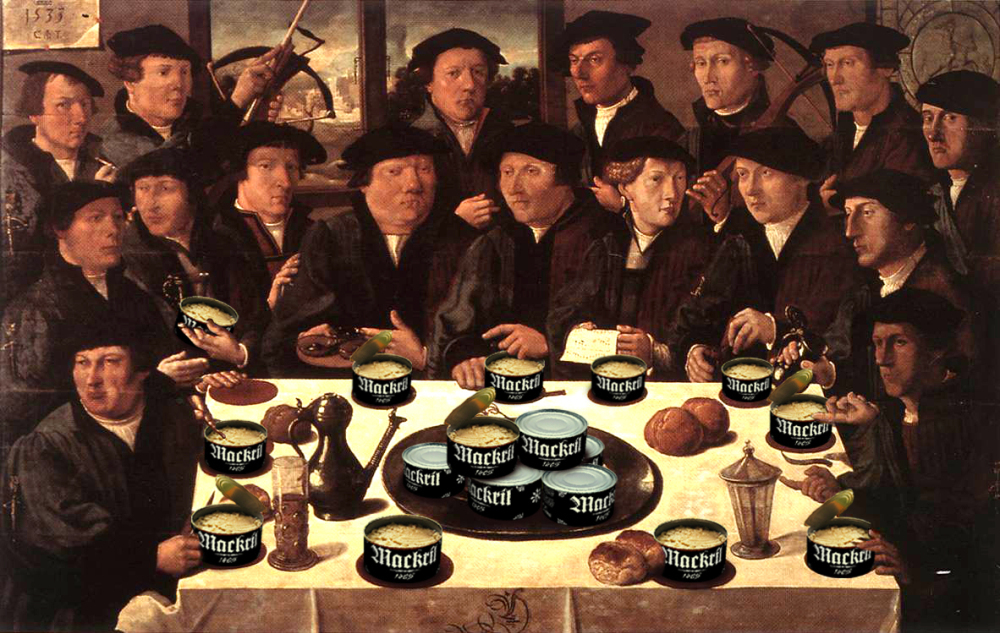 But here's the big surprise. In its 2002 edition, The Oxford English Dictionary almost doubled the number of ancient mackerel spellings. Why?

After 1989 the internet made it easier for historians and antiquarians to scan, publish and exchange old documents. With a bigger database, all kinds of new/old spellings turned up.

In fact, if you were slap every once-acceptable spelling onto its own tin can and stack them all up, the different ways to spell mackerel would be 31 cans high.

...and if people keep texting for the next 100 years, I can imagine the next spelling: 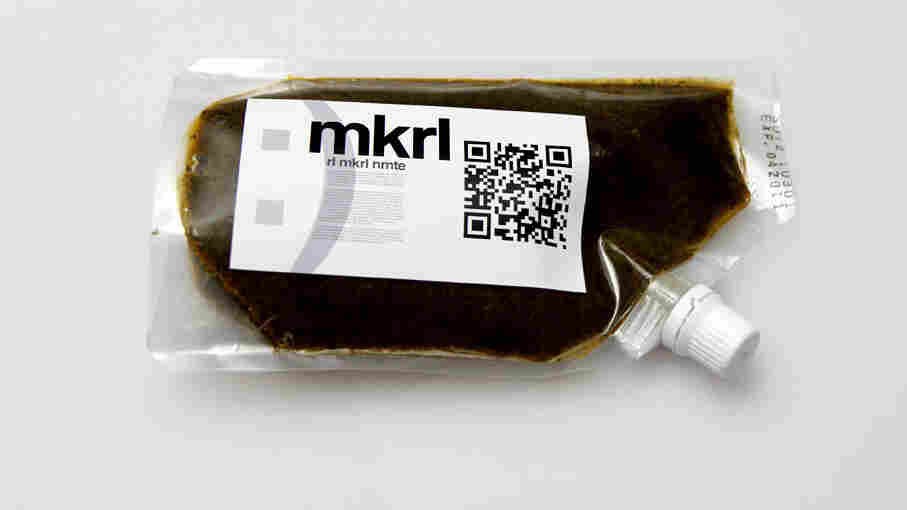 Thanks to Jim Gleick who allowed me this sneak preview of (an itty bitty part of) his new book The Information to be published by Pantheon Books on March 1, 2011. And big thanks to reporter/designer/artist/musician Josh Kurz, who found me stupidly obsessing over mackerel spellings and made my obsession wonderfully sillier. Josh has a blog with Shane Winter.