Accessibility links
Tools Never Die — Last Chance To Say 'Yes They Do' : Krulwich Wonders... As our search for extinct tools continues, we examine your suggestions, and question: if a tool is modified over the years, is it different enough to be a new species?

Tools Never Die — Last Chance To Say 'Yes They Do'

Tools Never Die — Last Chance To Say 'Yes They Do'

In our last two posts we asked: Can you name any tool, machine or human invention from any place, any time, any culture that is no longer being made today?

We invited you to make suggestions. We close our list at midnight tonight.

So far, the best nominations are tools that were thought harmless or helpful when invented, but later proved to be harmful.

Take this suggestion from my colleague, the artist Benjamin Arthur... 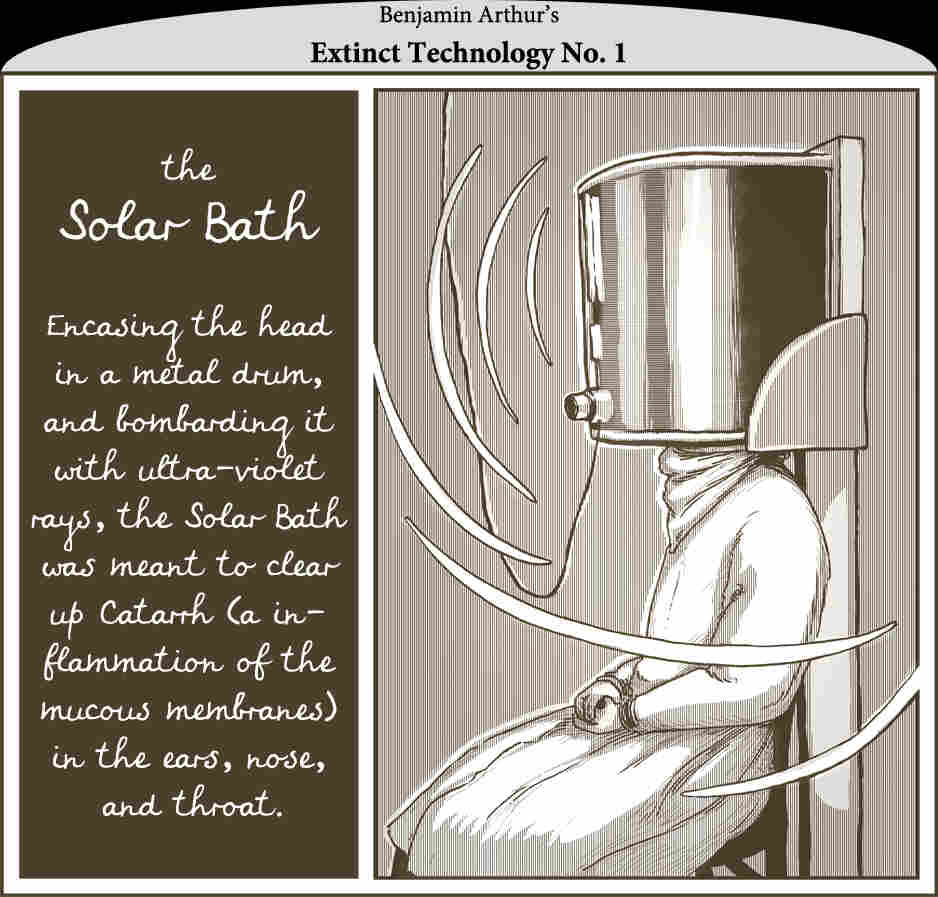 Like "radium suppositories," this gizmo probably didn't cure your sore throat, it gave you cancer. So who would want to make a new one?

The other promising category is an invention so specific to its time and place that it would never be made exactly the same way again. For example, here's Benjamin's offering: 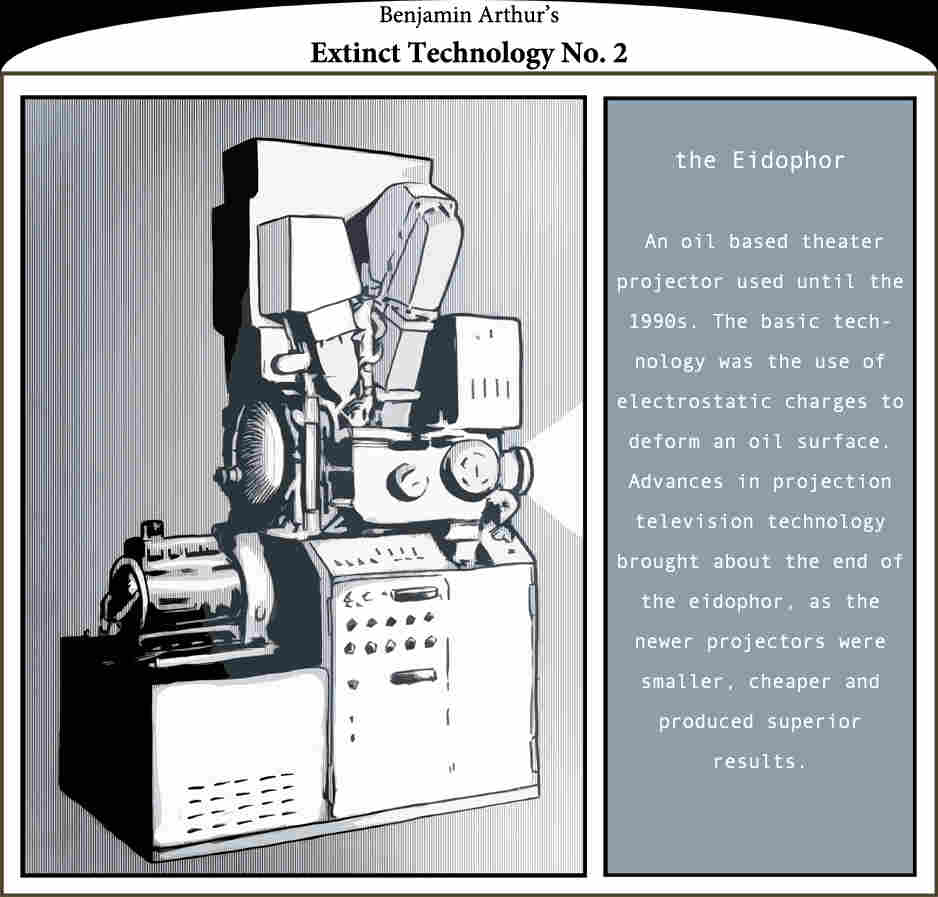 This oil-based film projector, like many machine guns and rifles, was built to work with another item (a particular film stock in this case, bullets of different calibers and styles for guns).

So if a tool changes just a little bit, is it dead? Or is it just a wee bit different? Maybe the Eidophor's successors were very different, I don't know. But that's the question: when is a modified tool different enough to be a new species?

In our next post we will choose our strongest candidates, tools, machines that we truly believe aren't being made anywhere, any more and send them off to Kevin Kelly of Wired Magazine who thinks no human invention ever goes extinct.

We will say, Kevin, look at these. See if you can find someone who is still making them. Then the ball is in his court.