Accessibility links
Fleet Footed Fellow Almost Flies : Krulwich Wonders... One of the greatest goalkeepers around, Joe Hart seems to defy physics as he flies across the field in pursuit of the ball with super hero strength.

Human Approaches Speed Of Light In Pursuit Of White Sphere

Human Approaches Speed Of Light In Pursuit Of White Sphere 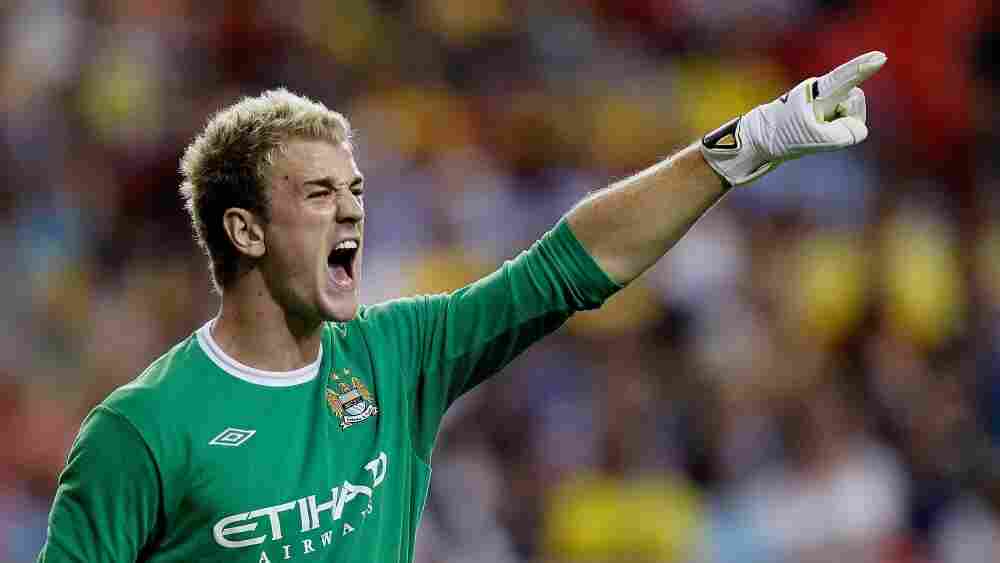 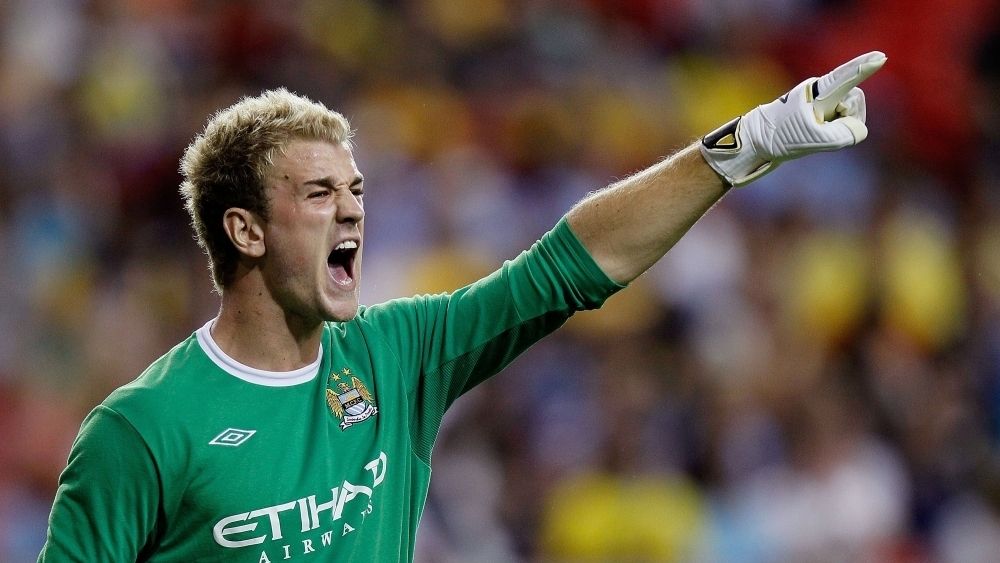 I can't not show you this. It doesn't matter if you've never played soccer, if you don't like sports, it really doesn't matter. Very simply, if you've ever had to get somewhere fast, here's how it's done.

Let me set the scene.

We're at a match between Manchester United and Manchester City. Both are world class soccer teams, watched by the whole soccer loving universe (which is why this video is narrated in Arabic). Look for the man in green. A kind of leafy green. He's Joe Hart, one of the great goalkeepers in the world.

The first 31 seconds are prelude. You will find Green Guy playing way forward, as his team, City, makes an offensive push at the United goal. All of a sudden, the play turns and United takes the ball furiously down field heading straight for Green Guy's Totally Undefended goal...

Watch what happens next...

It's jawdropping. But just as I was thinking, "OK, this is like watching Odysseus or Hector or Michael Jordan, one of those God-like beings who lives on a different plane from the rest of us," I noticed something nice.

If you look very, very closely, after the live action, during one of the replays — it's 55 seconds in — look at the bottom of your screen and down there, in black, there's a referee, an ordinary citizen, also sprinting down the field. If you miss him, look again. He's on the sidelines and he's just as fast as Joe Hart! (So maybe if I gave up ice cream and trained and trained and trained...or if I saw a little girl about to fall from a burning building and I was the only one, the only one in running distance, maybe I too could...)

I've been obsessing about goalies because the newest Radiolab podcast is our homage to soccer goalies everywhere; men who live so close to shame and despair, it's amazing they get up in the morning. Goalies are also on my mind because Jad and I (that's Jad Abumrad, my Radiolab partner) are doing a show on symmetry (which touches on spheres, soccer balls, beauty, chirality, matter and anti-matter, which side of your head to part your hair, and love). We will be performing this show live in New York City (3/14 & 3/15), Los Angeles (3/23) and Seattle (3/30). Check us out.