Accessibility links
My Heart Will Go On : Krulwich Wonders... On Valentine's Day, Krulwich goes deep into the archives of anatomical drawings to see how depictions of our heart has changed throughout history.

Robert: What is this? 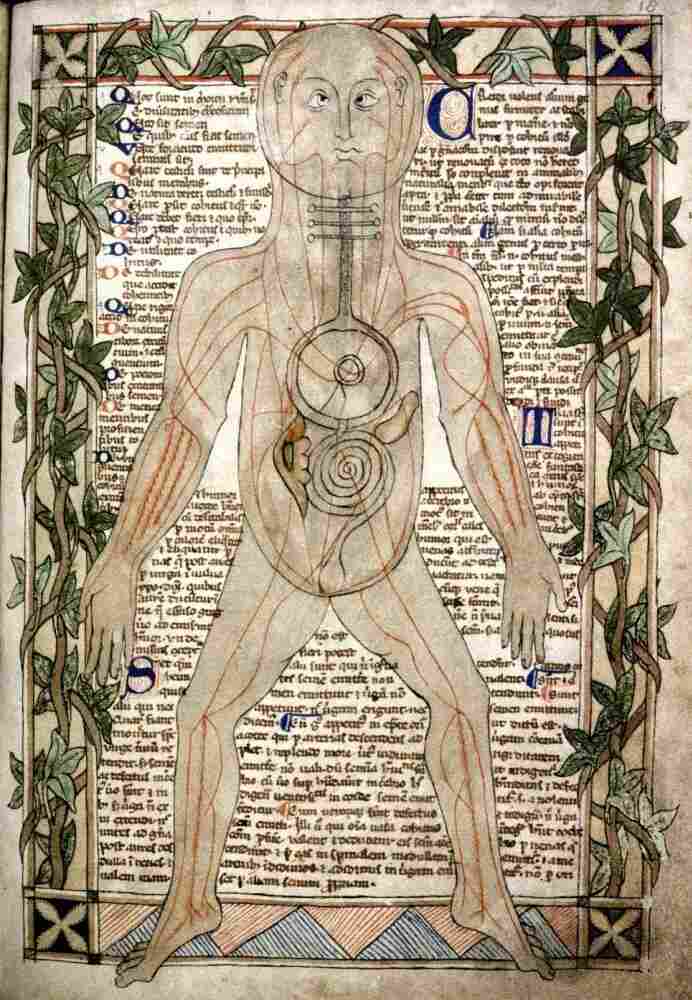 R: Looks like some kind of medieval space man.

A: Hey, since it's Valentine's Day, focus on the heart.

A: Yep. That's how folks in 13th century England drew the heart. Look at how it's at the very center of the body, and everything radiates from it. The blood vessels are all one-way — they just reach out to the limbs and organs, and stop there. See, they thought that the heart was the physical home of the soul, supplying the rest of the body with a sort of life force.

R: That's nice. But did everybody think the Heart was king? Or was it just the English?

A: No, no, take a look at this anatomical watercolor from Persia. 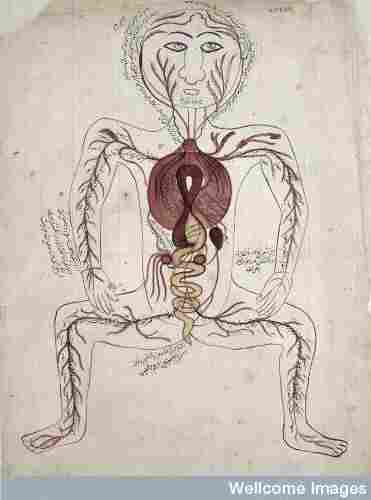 The Persian version is very similar (and not just because peoples' heads seems to be a lot more spherical back then): the heart is still at the center, still the seat of the soul, the blood vessels still spread outward from it, supplying vitality to the rest of the body.

R: But why the similarity? These drawings are separated by 3,000 miles — did someone important announce that the heart was the most important organ in the body?

A: Yes, that Galen. The father of anatomy. Even though he never examined human organs (he dissected pigs and goats and the occasional monkey) Galen's ideas about how our bodies work became classic learning. Doctors relied on his ideas for the next thousand years.

R: Was Galen right about us?

A: Well, not always. For example, he said the brain did the thinking, but another organ was in charge of the baser "appetites."

R: What organ was that? (If you can say it in polite company.)

A: It's not what you think — it's the liver. The liver, Galen said, had its own system of blood vessels. Here's another drawing from that same Englishman this time concentrating on the liver. 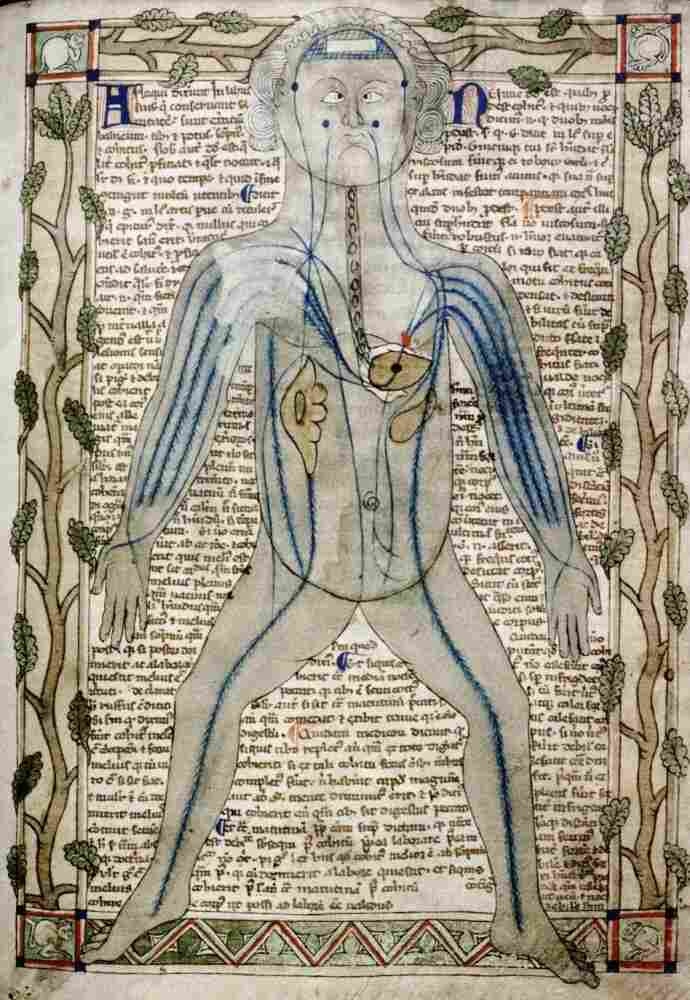 So there you have it — one system for the liver, with its blue veins and its appetites, and one system for that noblest of organs, the heart. Galen thought the heart was so important it made sense for it to be separate.

R: And when did people stop thinking of the heart as our most noble part? Because today everybody's stuck on the brain, neuroscience is the hottest thing going, and hearts are ... well, not exactly cutting edge.

A: Because, for the first time in a long while, they began opening up humans and looking inside . 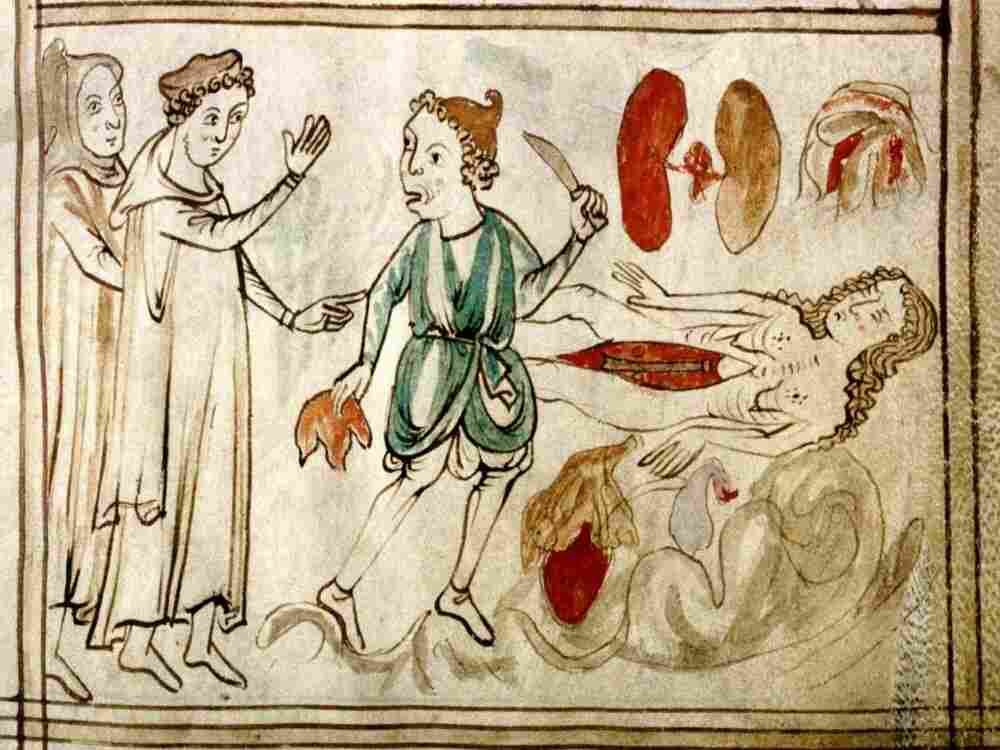 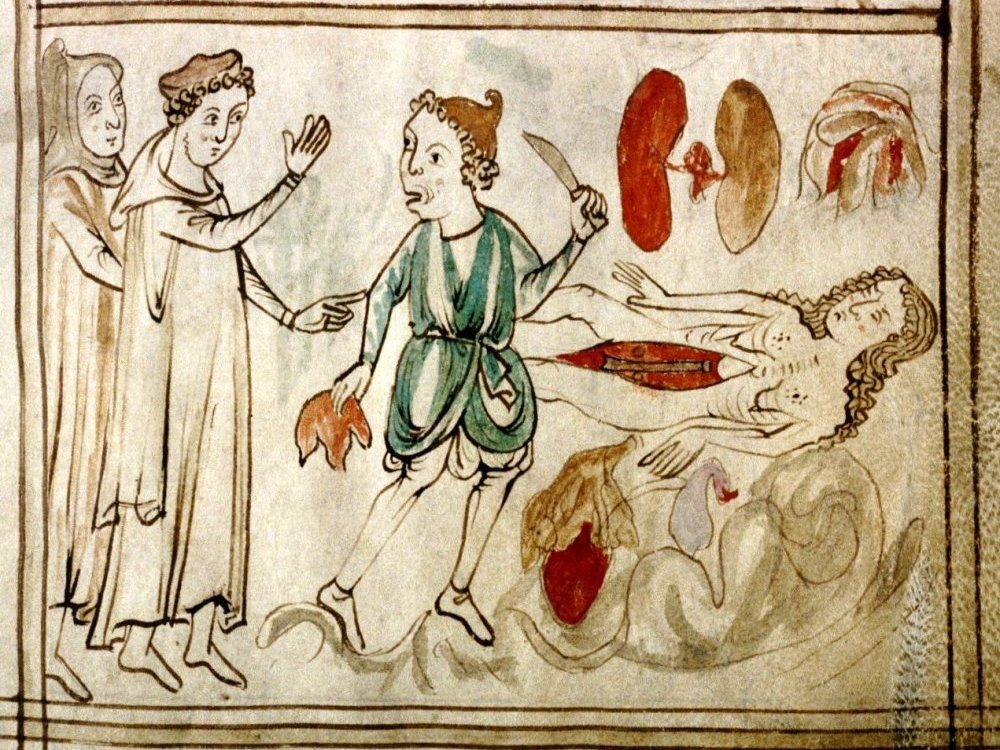 Dissections became more and more common. It became the fashion to dissect the cadavers of criminals as a sort of public entertainment, with the dissector pointing out the major sights. 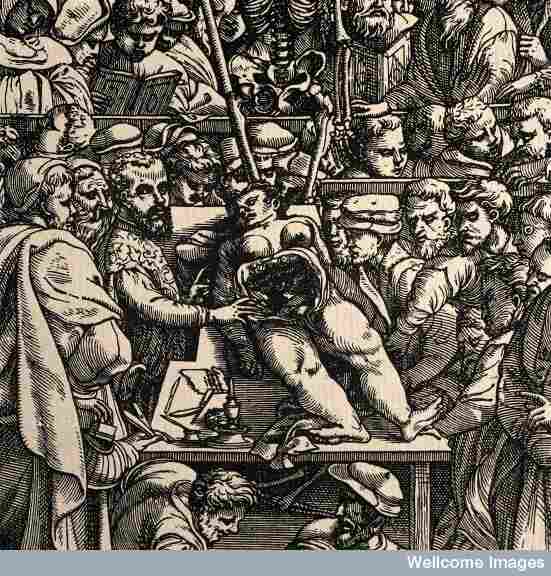 And so, as artistic observations became scientific discoveries, we went from this: 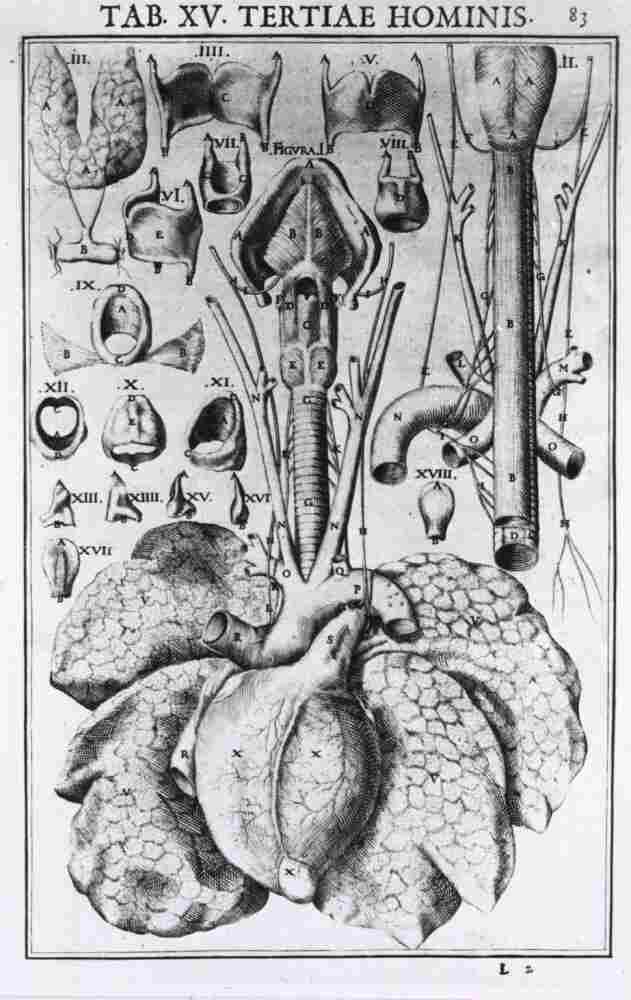 R: Which looks more like a pump than a home for the soul.

A: Yeah, but what a beautiful, terrifyingly complicated pump.

A: Well, I guess some people might say that going from Seat of the Soul to a hydraulic body part feels like a downgrade. I know what you're saying. Maybe that's why, on Valentine's Day, it's easy get nostalgic about a time when our heads were shaped like beach balls and we truly followed our hearts.

R: Geez. With lines like that, Adam, I'm surprised you don't do better with the ladies.

A: Happy Valentines Day to you too, Robert.

Adam Cole is an intern at NPR's Science Desk.