Accessibility links
Meat-Eating Furniture : Krulwich Wonders... Carnivorous clocks and mouse-eating coffee tables? A team of designers have come up with concepts for furniture that double as pest-control devices. They use some innovative fuel cell technology to turn animals into energy.

You're not going to like this. I didn't. Nobody I've shown it to has. But the designers who thought it up, James Auger and Jimmy Loizeau, are provocateurs, so they don't mind if you hate what they've done.

So here it is: meat-eating furniture.

Let's begin with their digital wall clock, which doesn't need a battery or a plug because it gets its energy from eating flies.

This carnivorous clock ("8 dead flies makes it work for about 12 days," says co-designer Professor Chris Melhuish, of Bristol Robotics) is just a prototype. It doesn't catch enough flies to power the motor on top and the digital clock. But this is just a first step.

As Professor Melhuish explains on another video:

What we have here is a belt. The white thing is a belt that's covered in honey. So it operates just like standard flypaper. Flies would be attracted to that honey. They'd land on the belt, get stuck, as you can see it is moving down very, very slowly, and right underneath here there's a blade and the blade scrapes off any insects that have become stuck to the honey. They fall into the microbial fuel cell underneath. And this is the device that turns that organic matter into electrical energy.

I know there's a notion (popular with the sci-fi crowd and especially with "singularity" enthusiasts) that one day machines are going to develop primitive minds of their own, learn how to repair themselves, copy themselves and find their own energy sources. At which point, they will become our evolutionary successors and rapidly evolve into some sort of uber-beings. I am privately wary of this idea, but Auger & Loizeau clearly find it intriguing to think about.

With these devices, they are exploring the self-feeding part. Along with the insect-powered clock, they also designed this lamp powered by incoming flies: 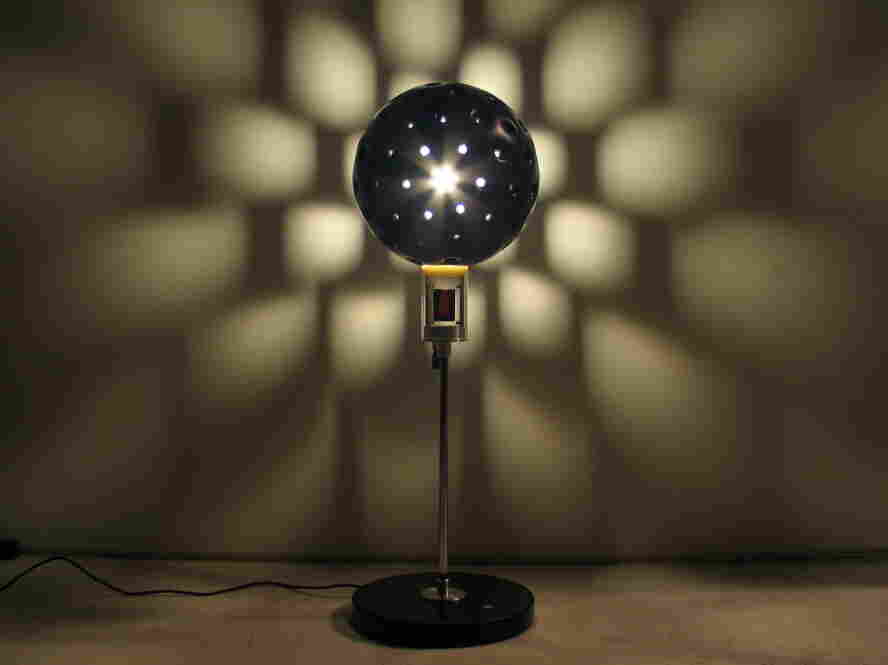 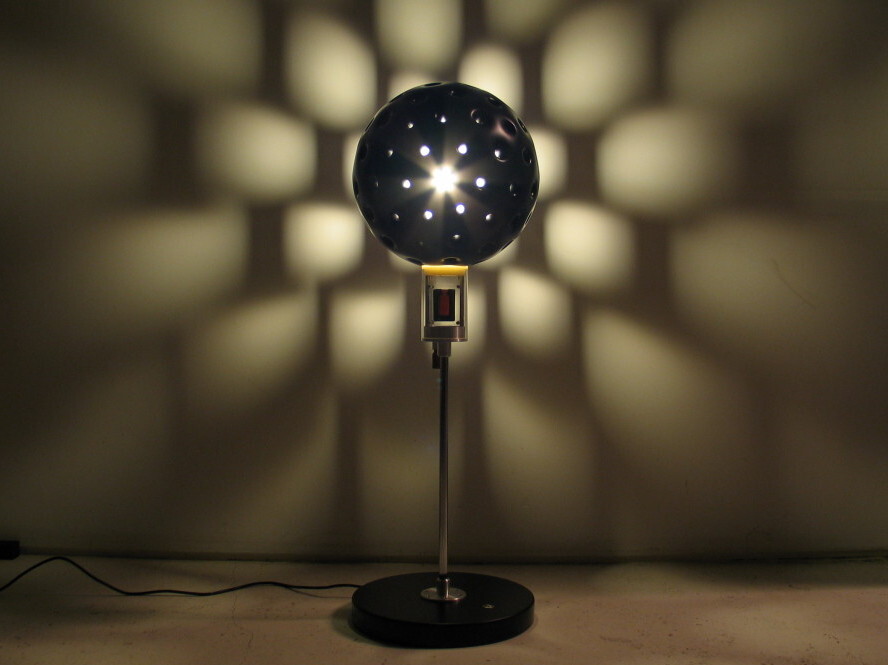 ...and, more ominously, a coffee table littered with cheese bits that attracts mice who are ushered up a table leg and then guillotined by rotating blade-looking hole on top. Auger and Loizeaux made a video about the mouse consuming coffee table, but it made me queasy. Here's a picture of the table: 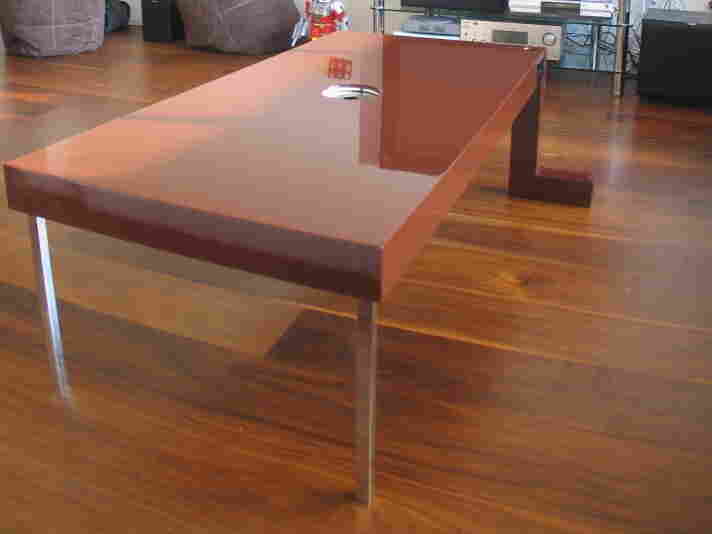 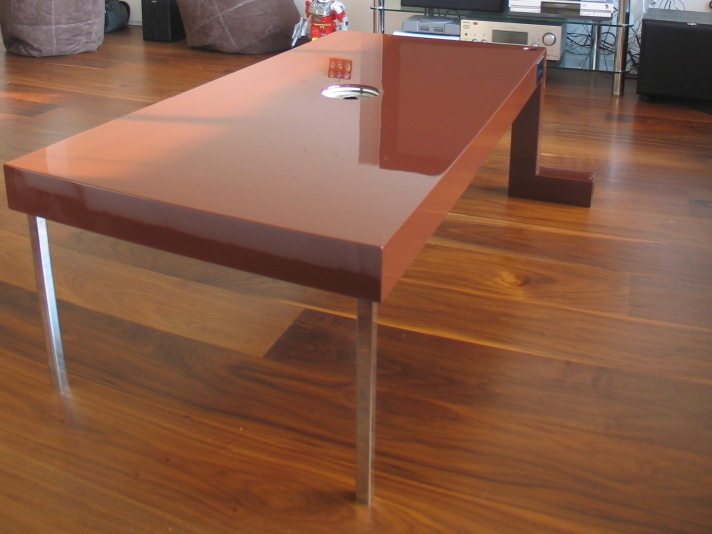 Auger and Loizeau knows some people (me) will find their designs repugnant. They say their furniture is just a newfangled version of all those nature shows on television that show animals hunting in the wild. Having a clock on your wall that "hunts" flies is a kind of theater.

"A fly buzzing around the window" says Auger, "suddenly becomes an actor in a live game of life, as the viewer half wills it towards the robot and half hopes for it to escape."

Would I want my living room turned into a death trap entertainment center? I would not.

But maybe you would.

I know these guys are artists. I suppose they are right to make us think harder about who we are and what we want, but I worry a little that Auger, Loizeau, the engineers at Bristol Robotics and robot-makers generally get so excited by the daring novelty of their designs that they fail to notice that they've crossed a line.

"We want robots to be able to get their own energy from the environment," says Professor Melhuish. Fair enough. But giving robots a taste for flesh seems just a touch wrong-headed. I mean quickly ask yourself what could possibly go wrong with this scenario.

I agree with the fellow who wrote their London-based blog to say:

With the exponential growth of robotic technology and AI it seems tempting fate to give robots a taste of organic matter as an energy source. This is something not even postulated by the Terminator movies, that the robots would eat us for energy. If you're going to make eating robots at least make them vegetarian only.

Yes, you may wonder what happened to that fern that used to be on the window sill, but you wouldn't have to worry about your cat.