Bees That Work For the Police

Bees That Work For the Police 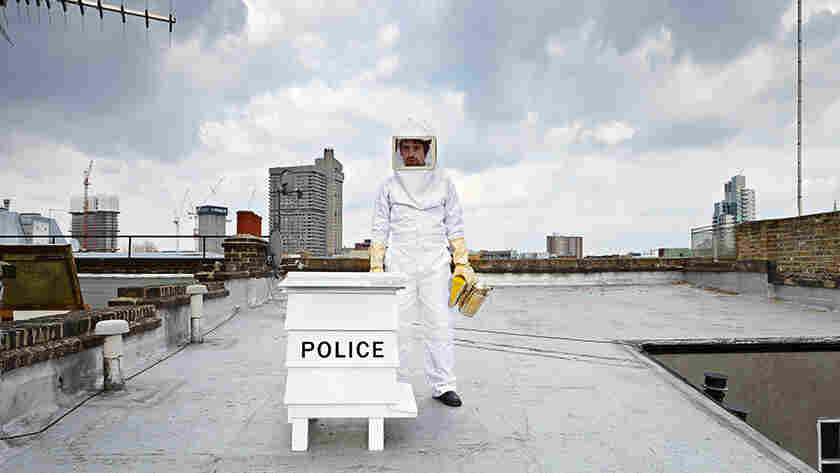 Here's a nerve-wracking notion. Let's say you have an illegal plant in your garden or even in your home. And let's presume this plant (because it's marijuana, or some genetically altered vegetable that's illegal in Europe) will get you in trouble if the police find out.

Now imagine that your local police have their own bees, bees they release each morning to scour the neighborhood looking for illegal plants.

Getting nervous? Now look at this interview with a man who appears to be some kind of London Police Inspector with their "Genetics Surveillance Unit":

This video was created by Thomas Thwaites. He calls it, "Policing Genes." In it, Mark Machan, identified as a Metropolitan Police Bee Keeper, explains how the police maintain 43 bee hives in South London and, "a little bit of [nearby] Kent," how these bees collect pollen in the neighborhood and then, being bees, they return to the hive to tell the other bees exactly where the good plants are. Bees give directions by performing a "waggle" dance. 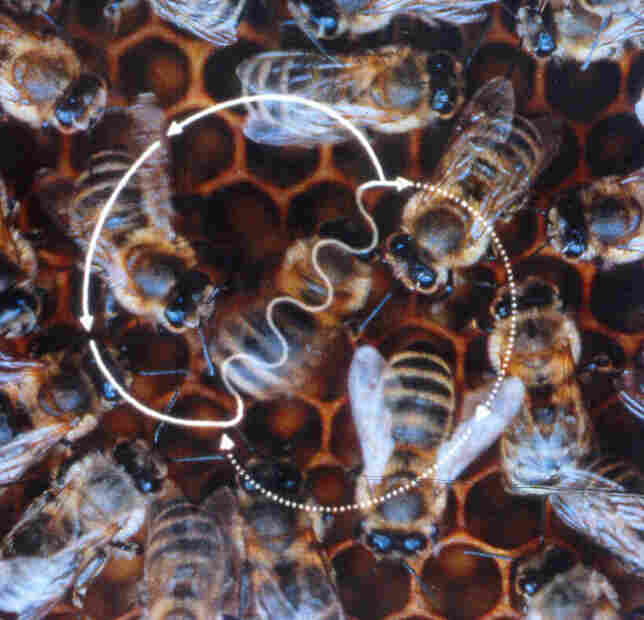 The police, meanwhile, have developed software to read bee communications. As Mr. Machan explains, "There's a video camera in each hive. And what we're able to do is to decode that, to tell us where the location of the pollen is." In the video, a computer seems to lock onto the waggle dance and transmit decoding signals in green, red and blue.

The police, the video suggests, will then check the pollen. If it comes from an illegal plant, they simply note down your address (thank you, bees), get a warrant and drop by and arrest you. The cop in the video is very up front about this surveillance technique. Mr. Mahan matter-of factly says:

We use bees because they're a natural resource. We don't have the time or money to use human beings. And of course bees can go anywhere they want. They run about, so they can go through windows, into gardens quite freely, houses. And they don't need warrants, whereas we would, and for the time for us to gain a warrant of entry takes a lot of time, a lot of bureaucracy so that the time that's saved through that, and the money, we can put police on the streets where they need to be seen.

At this point, I was wide-eyed, thinking "WHAT?" Is this actually happening? 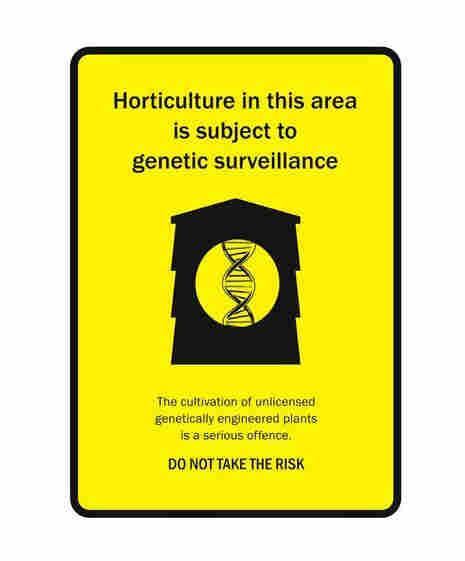 That's when I noticed this video was not a news story. It was part of an art exhibit at a gallery in London, The Wellcome Collection, so the video, the posters, they aren't real. Thomas Thwaites made this up. It's a fantasy.

But not a complete fantasy.

As far as I know, computers can't read bee dances. We don't have police cameras in bee hives. And, I thought, we don't (yet) dust, sort and categorize bee pollen to catch criminals — except occasionally.

In an interview with Regine Debatty of the "we make money not art" blog, Thomas Waithe says he based his video on research in "pollen forensics" at the Centre For Security and Crime Science at University College London.

That's where he met a Ph.D student named James French who, he says (I didn't check this myself) told him about cutting edge bee-policing:

[James French] is working on the transfer, and secondary transfer of pollen from one person to another. Even habitats that seem quite similar (two patches of woodland say) can actually have quite distinct 'pollen assemblages' — like a signature, made up of the types and amounts of pollen from plants in an area.

At the moment, by examining a sample of pollen from somebody's clothes, you could be confident of whether or not, for example, "they've been in the same woods where the body was found." This obviously is quite useful if your suspect claims he's been at home in London answering his emails, but the pollen on his clothes isn't from London gardens, but from an oak woodland. Equally, a lack of pollen can rule people out of the investigation.

So the police, even if they're not yet working with bees, they are thinking like bees.

At first I was irritated by being duped by a news-like video. Then, thinking it over, I got the uncomfortable feeling that Waithe's fantasy doesn't seem all that far-fetched. I'm (vaguely) OK with DNA testing, scent-chasing bloodhounds, police-aiding psychics, but somehow, turning social insects into police intelligence units seems just crazy enough, just do-able enough, just attractive enough to the police, that one day we may have to actually cringe when a bee comes wandering through the kitchen window.