Accessibility links
Cactus Walking On 20 Legs Found In China : Krulwich Wonders... A recently unearthed fossil of a blob-like creature could be the ancestor of crustaceans, and may have introduced the notion of jointed legs.

There was a wild period — roughly 520 million years ago — when life, for no obvious reason, burst into a crazy display of weird new fantastic forms — producing creatures in shapes never seen before or since. Consider this animal, the newest fossil discovery from Jianni Liu in China. She calls it "the walking cactus." 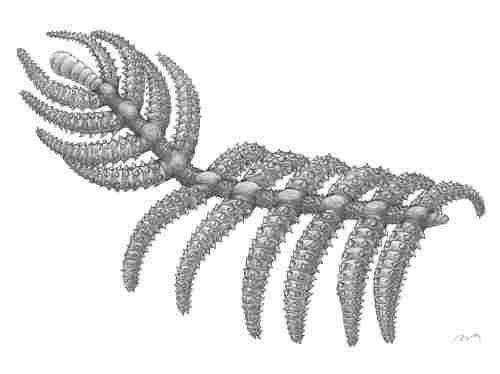 This is not a plant, not a sculpture. It was a live animal, with no eyes, what may or may not be a head, mostly a gaggle of limbs, armor-plated, covered in thorns, attached to a stomach.

What is it? Taxonomically, Jianni Liu thinks it's a lobopodian, a group of animals described as "worms with legs." Lobopodians are about the craziest looking critters that ever lived. A whole zoo of them appear in the rocks around Chengjiang, China. Here's what the walking cactus looks like in a rock...

Jianni Liu has found three well-preserved walking cactus fossils, but previously discovered lobopodians are even weirder. Hallucigeni, so named because of its "bizarre and dreamlike quality" (said the scientist who described it) is another walking worm that has what looks like a head-like blob on one side, but with no mouth, no eyes, no sensory organs, so it probably isn't a head. 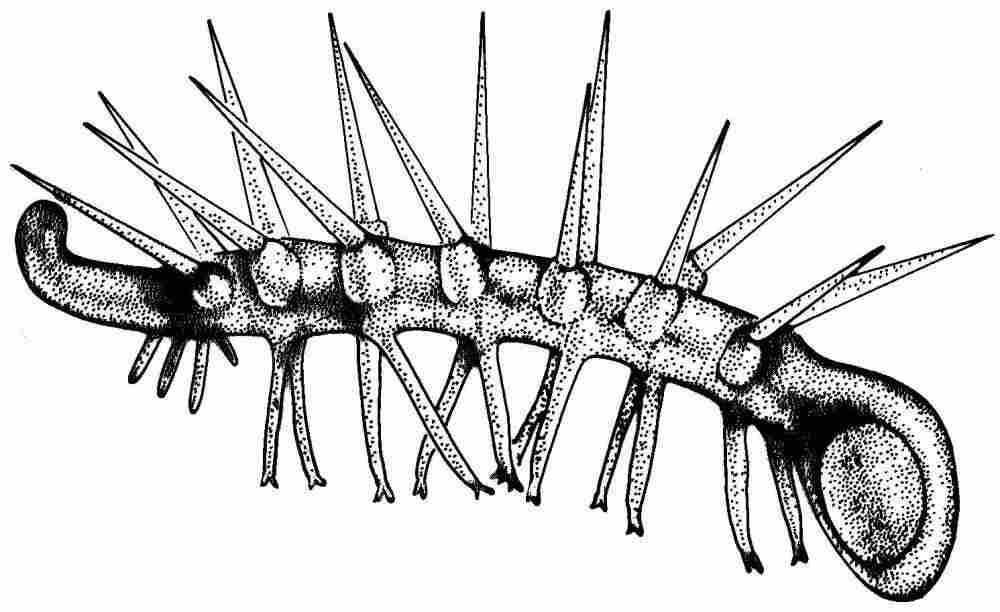 No one can quite figure out if those projections are walking legs or feeding tentacles. We're not sure which side is up, which is down, but we know it lived in shallow seas and so the folks at the Field Museum in Chicago have imagined it taking a walk on a sunny day...moving something like this...

Then there's Opabinia, a horse-shoe crab, knob-eyed (are those eyes?) looking animal, totally armored, unlike any modern worm or sponge or anything we have around today...

All these animals are extinct now, but Jianni Liu thinks they may be the great, great grandparents of insects and crabs and shrimps and lobsters. They may have introduced the notion of jointed legs — the ones you have to pry off when eating at the Red Lobster. There are some animals from that time, like Anomalocaris, who do have shrimp-like joints... 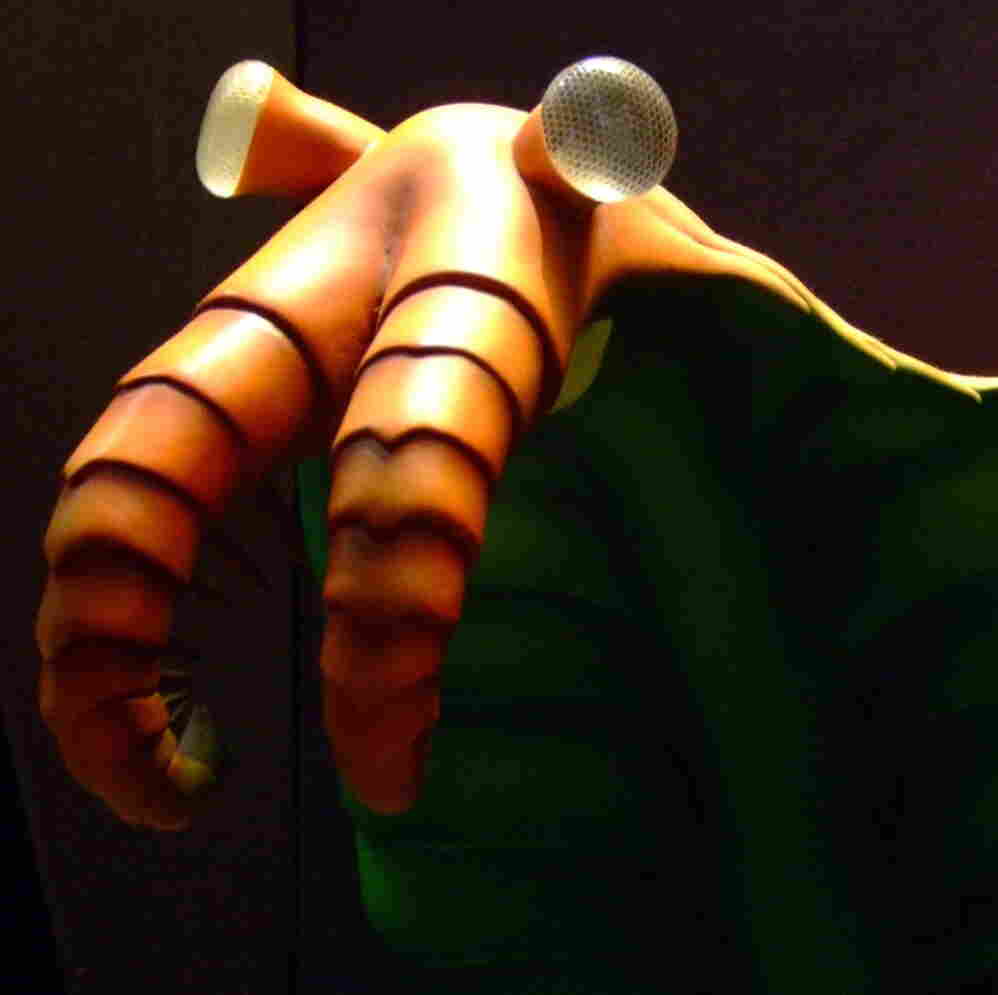 But no one is sure, because the lobopodians are so ancient and in many ways so peculiar they may not be directly related to anything we meet or eat today.

All we know, says Richard Fortey in his classic history Life, is that a long time ago, the first of these strange animals popped into view and for a short while "there was a chain reaction, unstoppable once it started, a bacchanalia of zoological inventiveness, which has never been matched again."

Every living thing on earth today is what's left over from that amazing burst of forms. It's true we now live on land and in the air, not just in the sea. We have grasses and flowers and beetles in more varieties than you can imagine, and yet, in some deep architectural way, the developmental paths were set way back then, 500 million years ago. The Walking Cactus is just another souvenir of that crazy moment.

Thanks to Ed Yong and his blog, "Not Exactly Rocket Science," for exploring the connections between the Walking Cactus and modern arthropods. Richard Fortey, in turn, explores why life forms suddenly blossomed back in the Cambrian in his classic book, Life, A Natural History of the First Four Billion Years of Life on Earth (Vintage, 1997) .