Accessibility links
I Sniff, Therefore I Am. Are Dogs Self-Conscious? : Krulwich Wonders... Recognizing yourself in the mirror isn't something to take for granted — not all animals can do it. We know that humans, dolphins, and even some birds can — but what about man's best friend? 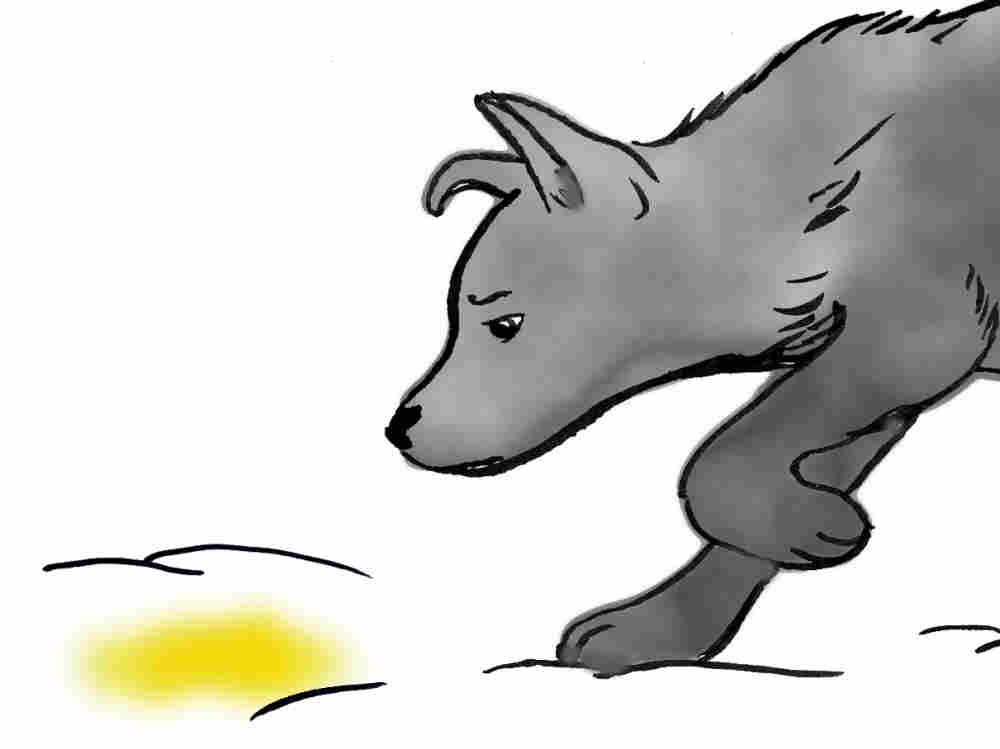 Can you recognize yourself in a mirror? Of course you can. When you were 9 months old, you couldn't. If your mom had plopped you in front of a mirror, you'd see the baby in front of you, but you wouldn't know that baby was you.

The science experiment that proves this is elegant and simple. I'm going to show it to you, but before I do, I want to warn you: Some dog lovers think this test is unfair to dogs. But let's do humans first.

If you smear a big, colored mark (using erasable magic marker) on a baby's forehead, little babies don't react. They just gaze at the reflection as if it belonged to some other baby. But when they are around 2 years old, they will look at their reflection and then touch the mark on their face, as if to say, "What's that thing doing on my face?" Proof, psychologists say, that the baby knows that its face and the face in the mirror are one and the same. That's self-recognition. Here's the experiment for you to see.

Who else can do this? Self-recognizers in the animal kingdom are a small, exclusive group. Chimps pass the mirror test. Here's a baby being tested as its mom looks on. 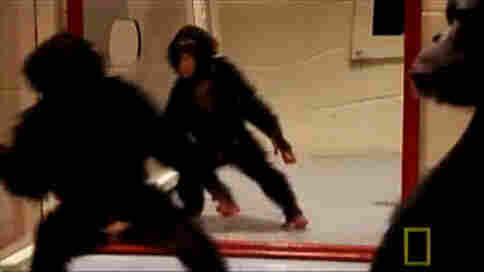 Same for the other great apes, gorillas, bonobos, orangutans, but not monkeys. Elephants can. This one is looking at herself in the mirror and will use her trunk to fiddle with the X mark above her left eye. 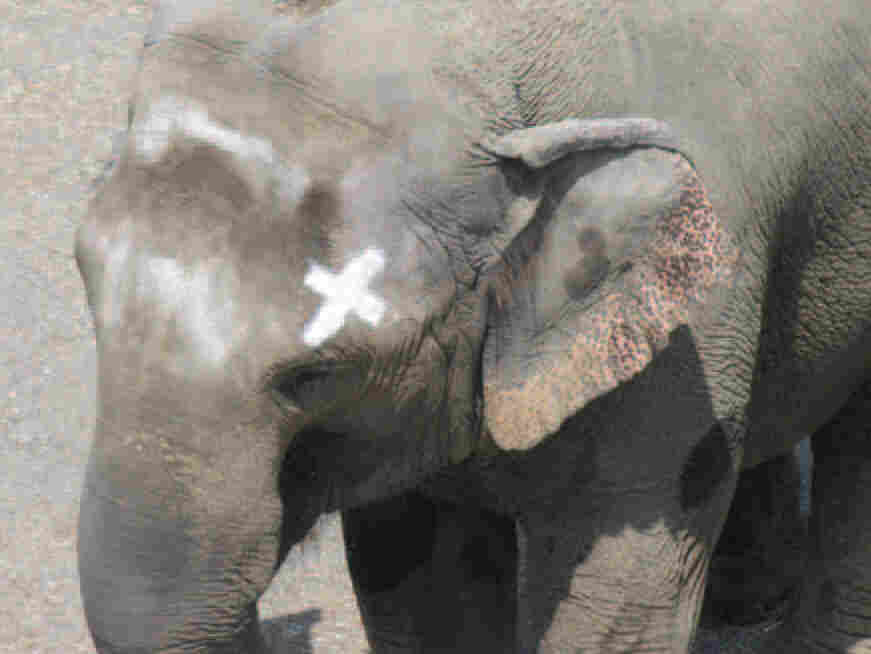 Amazingly, dolphins do it. Since they don't have hands to point with, a Dutch team placed a mirror in an aquarium pool and watched the dolphin assume and hold poses that almost certainly meant the dolphin was checking the odd marking on her neck. The same dolphin, when unmarked, did not assume those poses. There's a video of this experiment. 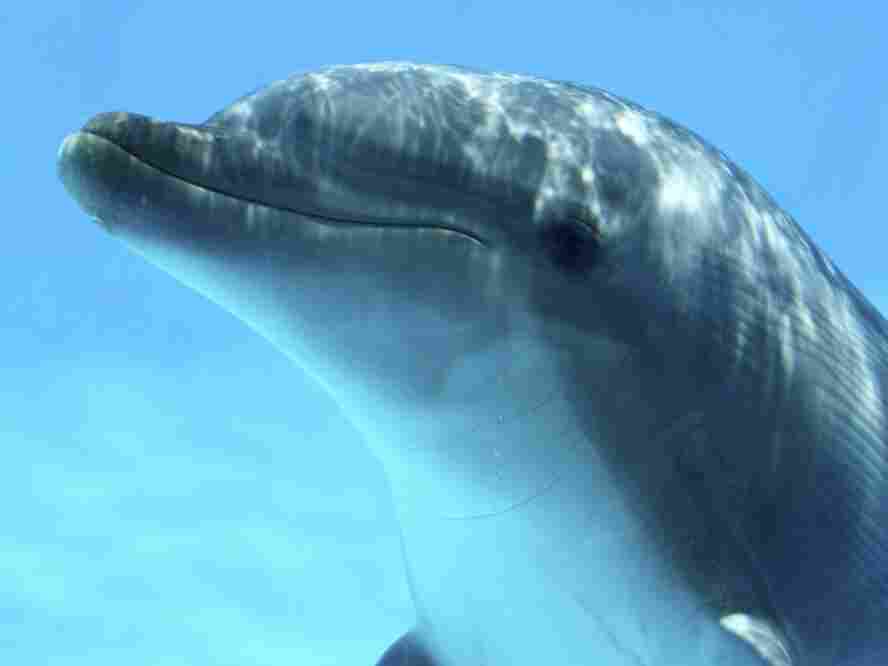 Magpies do it. (Crows and ravens, the intellectuals of the bird set, surprisingly can't.) Magpies see the mark in the mirror and peck at it with their beak. 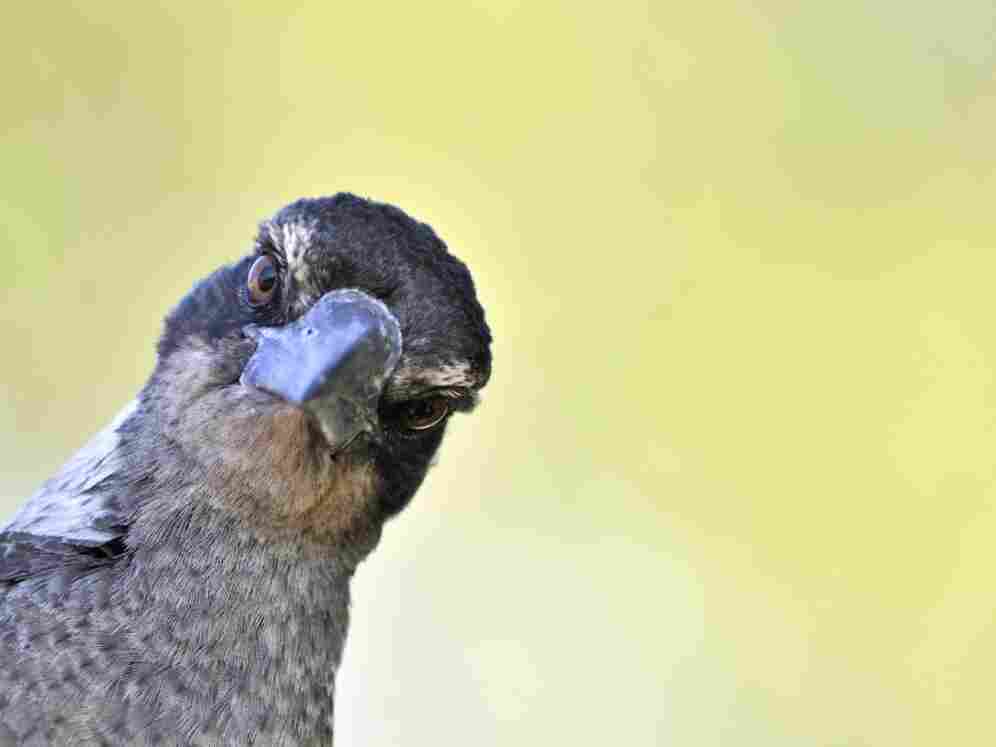 There may be other animals on this list, but it doesn't include dogs.

Dogs have been mirror-tested, and dogs don't pass. Because they're not smart enough to recognize themselves in a mirror, the presumption is they can't think of themselves as unique individuals, so they aren't part of the self-conscious elite in the animal kingdom. 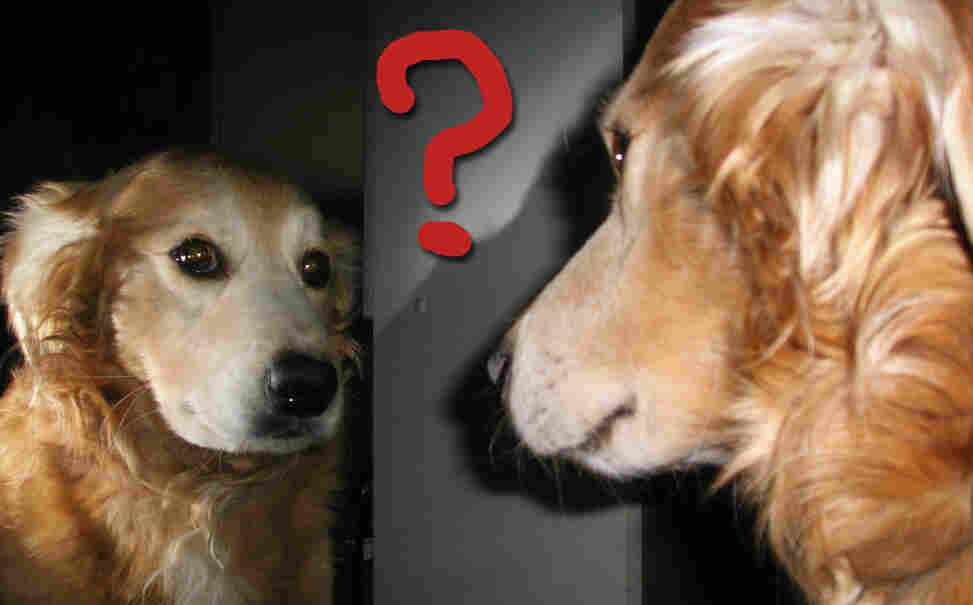 Enter, howling, professor emeritus Marc Bekoff of the University of Colorado. Bekoff thinks a test that uses sight to determine self-recognition is unfair to animals that depend on their noses. Dog brains are much better at smelling than ape brains, so Bekoff decided to design a self-recognition test that would make sense to a dog.

For his subject, Bekoff chose his own dog, Jethro. The plan was to take Jethro for daily winter walks on snowy paths, and every time Jethro stopped to smell another dog's pee, Bekoff would note the location and (out of Jethro's sight) scoop up the sample and redeposit it farther down the path. He called this his "Yellow Snow Test." Snow, he explained, made "pee relocation" easy and portable. "For some reason," he says, "passersby thought I was strange and generally left me alone." 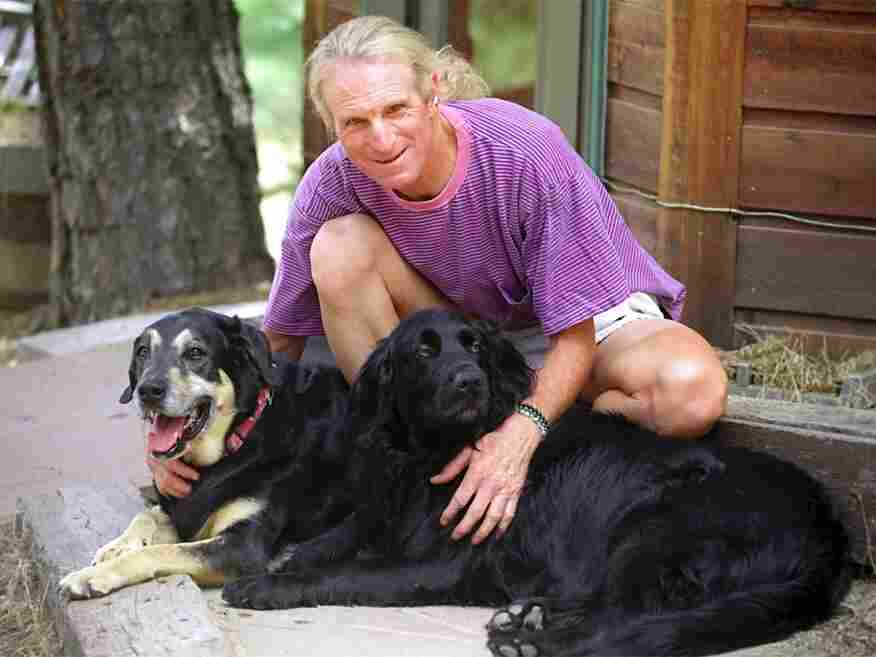 Bekoff then describes what happened next. The key, he said, was to see if Jethro would react differently when, later in the walk, he had a second encounter with not only the other dogs' pee, but (surprise!) his own.

The study lasted five winters. ("This was a labor of love," he says.) Bekoff timed the sniffs and discovered "that Jethro spent less time sniffing his own urine than that of other males or females," suggesting that Jethro recognized himself when encountering his own yellow deposits. 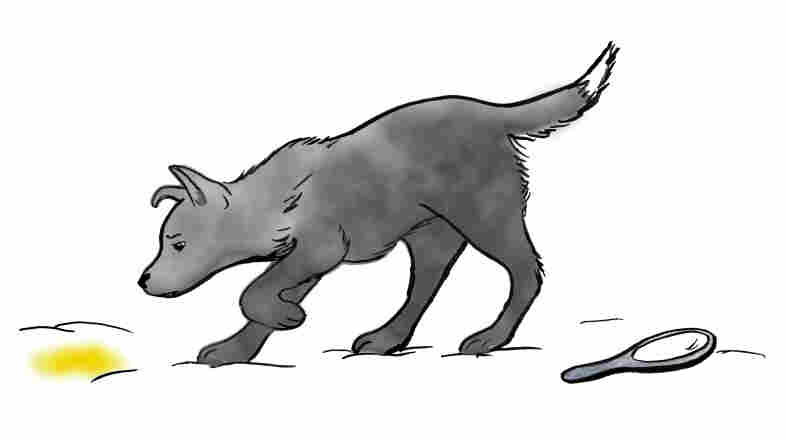 Does this amount to a test of true self-recognition?

Well, not exactly. Recognizing yourself in a mirror seems more telling than smelling traces of yourself in the snow. Bekoff cautiously describes his finding as evidence that dogs have a "sense of mine-ness", that they know this pee belongs to them.

Stanley Coren, in his popular book How Dogs Think, Understanding the Canine Mind, wonders whether "mine-ness" equals a "sense of I-ness (as when Tarzan is saying 'Me Tarzan. You Jane.')" He doesn't think so.

"The experimental test for that quality of self-awareness in dogs does not yet seem to have been worked out," he says.

Dogs will have to wait till someone invents a better test before scientists can declare them self-conscious. Not that they seem all that bothered. Maybe they've achieved a higher level of consciousness already.