The other day, before the Space Shuttle's last return to Earth, some people were sitting in a plane somewhere over Florida. They looked out the window and — guess what? — a space ship was roaring into the sky alongside them. I mean, how often does this happen?

Yup, it was the space shuttle. Which got me thinking about another set of bystanders who had a brief encounter with the shuttle. Actually, it was more than an encounter. Back in 1995, a pair of woodpeckers, Northern Flickers, decided — why not? — to build a nest on the fuel tanks of the shuttle as it stood upright at Cape Canaveral. Here you see one of them perched on the external tank, about to peck. 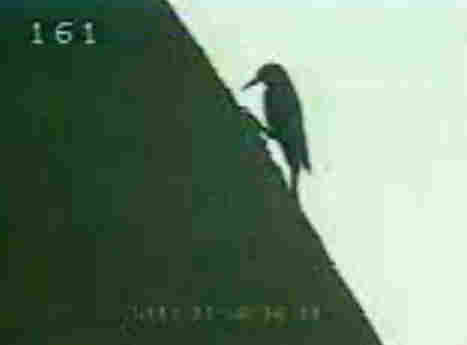 External tanks are enormous. They flank and power the rocket that lifts the shuttle off the Earth. Before launch, they are sprayed with a foam insulation that is pliable and soft. Since these woodpeckers generally construct nests in the soft wood of palm trees or dead trees, this seemed kind of perfect. (And frankly, what woodpeckers know about rocket ships is...well, not a lot.) 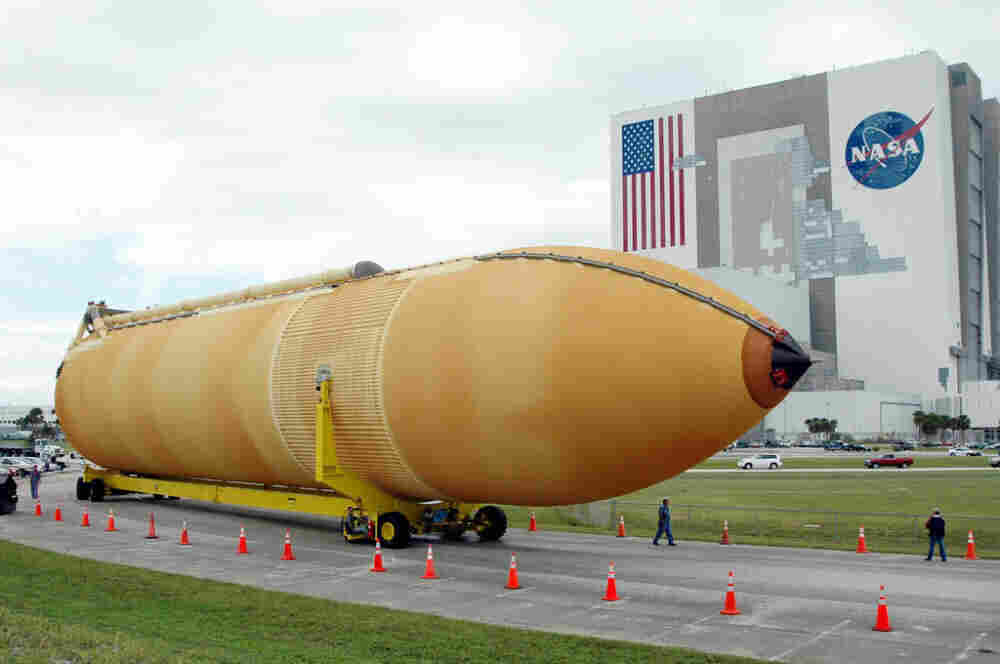 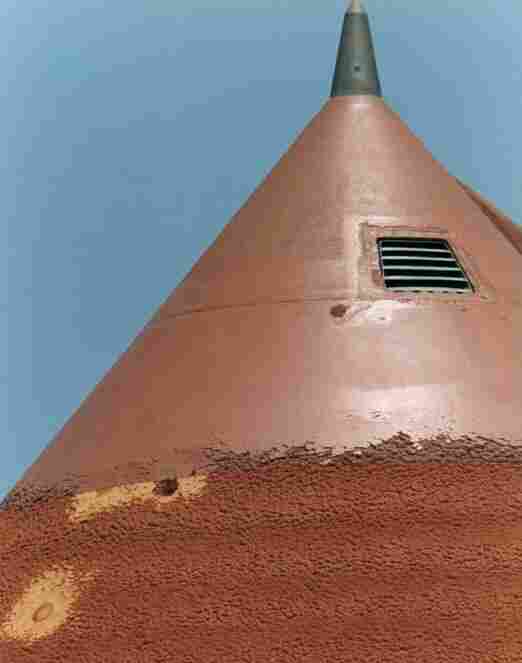 The problem was, every time they pecked into the foam, they kept hitting the same hard aluminum skin just below the surface. Undismayed, they kept trying and trying, making (at least) 71 round holes, a half inch to four inches deep, on the nose of the tanks before the folks from NASA noticed.

In this video you can see them going at it. The damage was so extensive, NASA had to haul the shuttle back to the Vehicle Assembly Building and postpone the flight for a month.

What happened next is not going to surprise you. NASA officials formed a committee to deal with the ongoing Woodpecker problem. These birds were Florida residents and not likely to leave.

Not only that, the Committee, dubbed The Bird Investigation Review and Deterrent (acronym, BIRD — I'm not kidding) discovered that Northern Flickers were a protected species so shooting them was not an option.

They decided instead on a Multi-Pronged approach to De-Attracting Flicker Usage At The Launch Pad.

Phase One: remove palm trees, old telephone poles and dead trees from anywhere near the launch pad.
Phase Two: Implement "scare deterrent tactics." That meant plastic owls, water sprays and "scary eye" balloons — airborne eye designs apparently disturb newlywed woodpeckers.
Phase Three: "Implementation of bird sighting response procedures," which I think meant someone with binoculars would visit every day or so, though the plan says they would be there, watching "around the clock."

Whatever they did, it seemed to work. Woodpeckers haven't canceled a space launch since. (Though there was a pretty scary moment at the Atlantis launch in 2007, when a 200 foot spider showed up uninvited to fondle the rocket. Luckily, as you'll see here, she wasn't particularly interested in space travel.)