Accessibility links
Chess Boxing: You Throw A Punch, I Take Your Queen : Krulwich Wonders... In a new sport inspired by a French comic book, contenders match wits and fists as they battle towards the ultimate checkmate...or knockout.

Chess Boxing: You Throw A Punch, I Take Your Queen

Chess Boxing: You Throw A Punch, I Take Your Queen 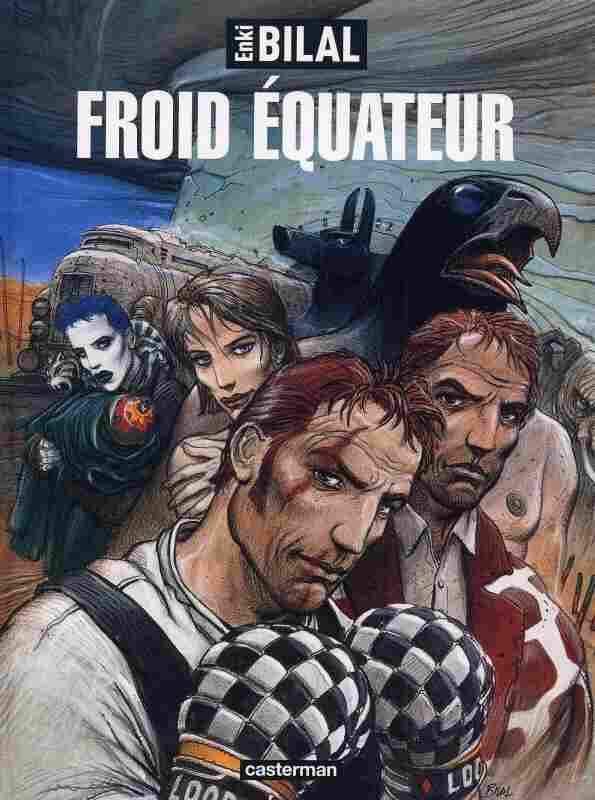 The "graphic novel" that started it all. Enki Bilal A/Casterman S.A hide caption

It's called chess boxing and it's like it sounds. We start in a ring. There are screaming fans. The first round is 4 minutes of chess, followed by 3 minutes of boxing, then chess, then boxing, for 11 rounds. You win by knocking out your opponent or checkmating him, either way. When there's a draw, judges decide. It's a brain/brawn sport like nothing I've ever seen, blood, knights, queens, and speed combined. Take a look...

These are video highlights from 2003's first world Chess Boxing Championship in Amsterdam, featuring "lepe the Joker" versus "luis the Lawyer," with "lepe" pulling off a thrilling down-to-the-wire victory, which is nice because "lepe" is Lepe Rubingh, the guy who invented the game — or maybe reinvented it. He's now its biggest promoter.

It's fast. There's a one minute break between rounds, just enough time to set up the board; it's speed chess, so the chess part lasts only 12 minutes. Like the boxing part, it's mostly quick moves, with a premium on instinct and cunning. 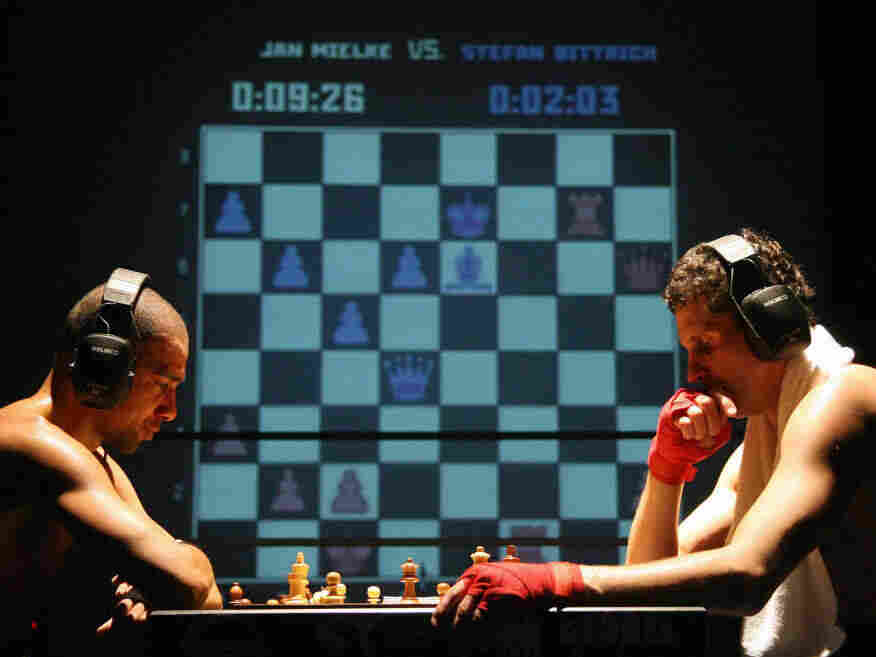 I've never seen this live, but hunting around the web, it seems there are now chess boxing clubs in Germany, Russia, England, Bulgaria and the US. In America, Los Angeles seems like a hub.

Lepe says he got the idea for chess boxing from a 1992 comic book called Froid Equateur, drawn by French-Yugoslavian artist and film maker Enki Bilal. The athletes are frequently lawyers, artists, medical students. This week in Reykjavik, Iceland, two digital artists face off in a bout publicized as "Brain versus Pain." They are friends (though one of them, apparently, is also a middleweight boxing champion). I wonder who'll win.

The sport has a website, and a slogan: "Fighting is done in the ring, and wars are waged on the board."

When I told my daughter I was writing this post, she said, "Oh, that?" like it was some cliché that has already come and gone. Me? I'm all excited. The idea of switching from jabbing and dodging to thinking and scheming, while fighting a fast moving clock — this is a sport I could get really into. 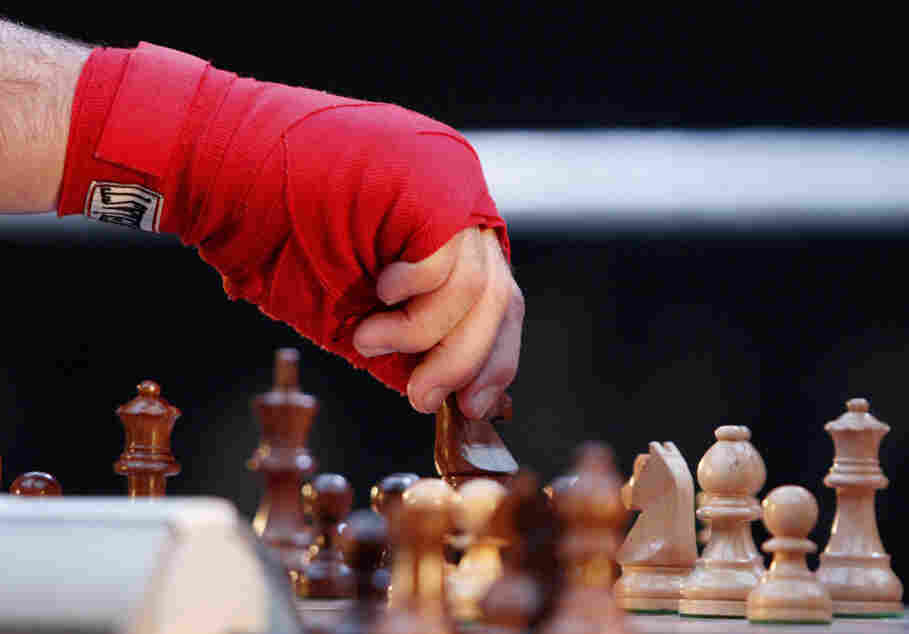