Accessibility links
First Photo Of A Human Being Ever? : Krulwich Wonders... A photograph of a street in Paris taken in 1838 may be the first-ever image of a person captured on film. The photographer? None other than Louis Daguerre, the inventor of Daguerreotype photography.

First Photo Of A Human Being Ever?

First Photo Of A Human Being Ever?

Back in September, we posted a set of old photos of Cincinnati daguerreotypes from 1848 where I caught a glimpse of two people at the Ohio River's edge. That would make them among the very first people ever to appear in a candid photograph. 1848 is a long time ago. They looked like a pair of men, one tall, the other short. They were standing with what looked like a bucket between them. I figured they were there to fetch some water. I then went on in my way to talk about cholera.

Well, an eagle-eyed reader who calls himself Hokumburg (and has a spectacular blog of his own, The Hokumburg Goombah) did his own investigation, enlarged our photo, and peered more closely: 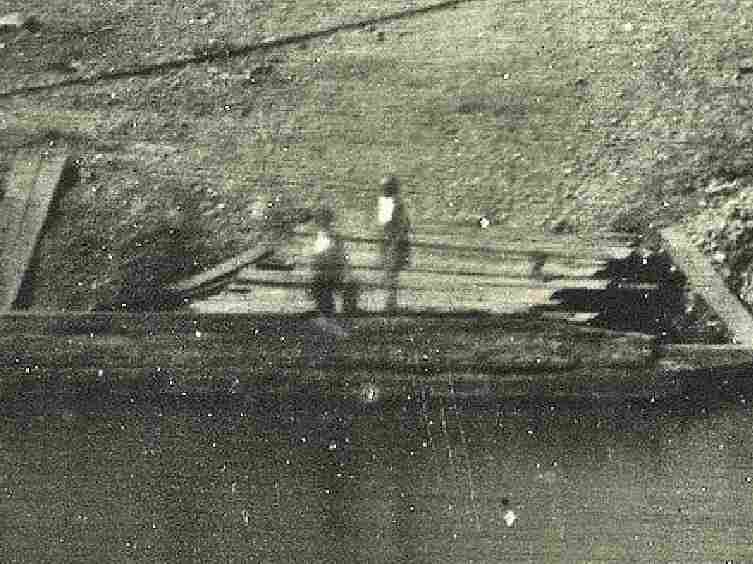 Enlarge this image
University of Rochester 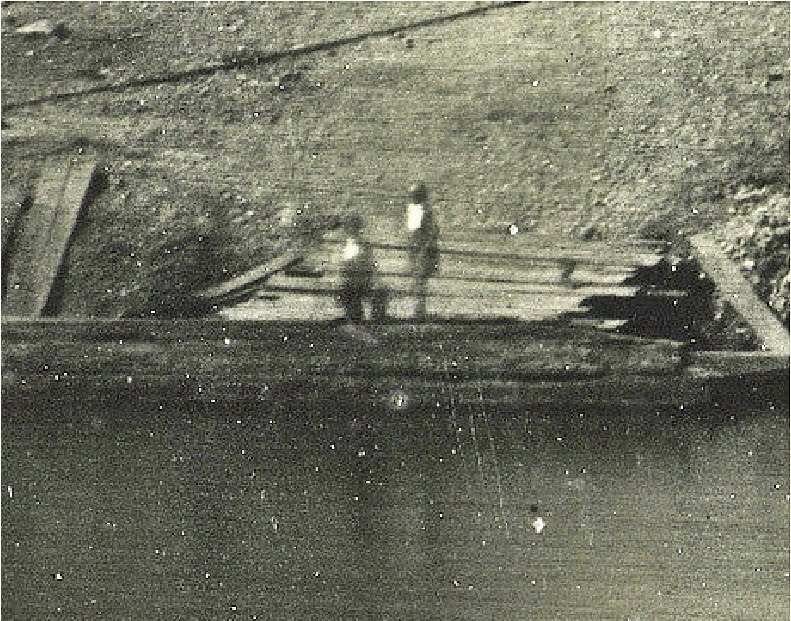 I have lightened it up a bit and messed with the contrast a little, and I think the man on the left is standing behind the wooden beam wall (wharf? dock?) with his left leg up on the wall and his left hand resting on his knee, while the man on the right is standing on top of that wall. What do you think?

Well, what I think is that he's right. I think he's picked up details that escaped even the very good folks at the University of Rochester and the conservation lab at George Eastman House. I think he's a superb forensic picture-watcher.

Which does raise the intriguing (and unanswerable) question, what were those guys doing at the river's edge? If not hoisting water in a bucket, what? His answer: 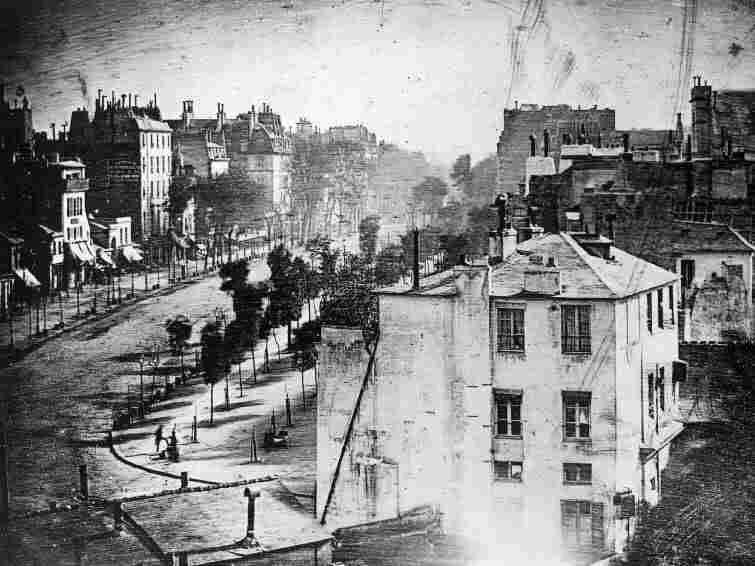 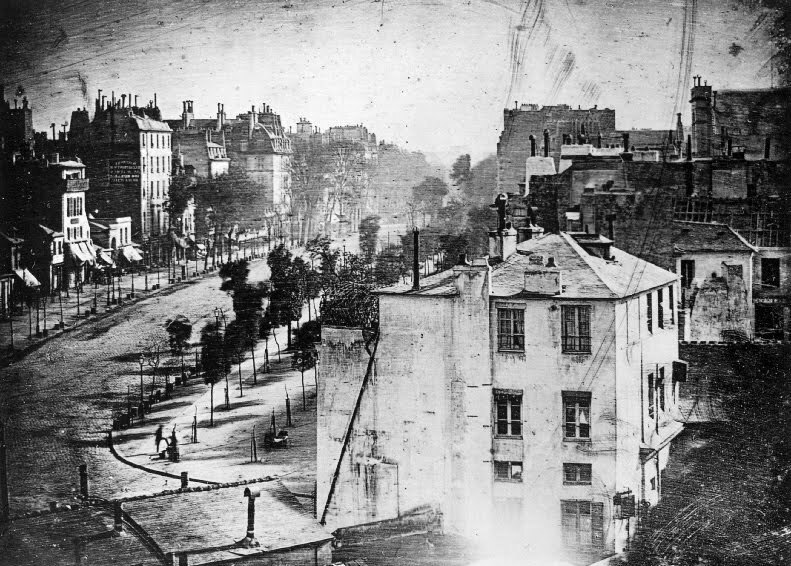 My admiration for Hokumburg jumped another notch when I discovered that on his own blog he'd come up with a city photo older than ours, which he claims may contain the "first photograph of a human being." Wow! I didn't check with the experts, but here's his picture.

It comes from 1838 and was taken by Louis Daguerre himself. The scene is from Paris. It's a view of the Boulevard du Temple.

He writes there were probably people wandering through this scene on that day, but if they didn't stay still, the camera would have missed them. Only one man shows up. He is on the sidewalk down on the lower left of the photo.

To achieve this image (one of his earliest attempts), he exposed a chemically treated metal plate for ten minutes. Others were walking or riding in carriages down that busy street that day, but because they moved, they didn't show up. Only this guy stood still long enough — maybe to have his boots shined — to leave an image.

Other primitive forms of photography had preceded this picture by over a decade. But this anonymous shadowy man is the first human being to ever have his picture taken. There is also the very faint image of the bootblack bent over his work.

Odds are neither of them ever knew they were making history that day.

I am impressed. Thank you Mr. Hokumburg, whoever you are. (Dunno why, but I am guessing you are a "mister.")