Accessibility links
The Man Who Dreamed He Was A Beetle : Krulwich Wonders... People and beetles everywhere are mourning the death of Tom Eisner, a man who devoted his life to studying the insects' every move.

The Man Who Dreamed He Was A Beetle

The Man Who Dreamed He Was A Beetle 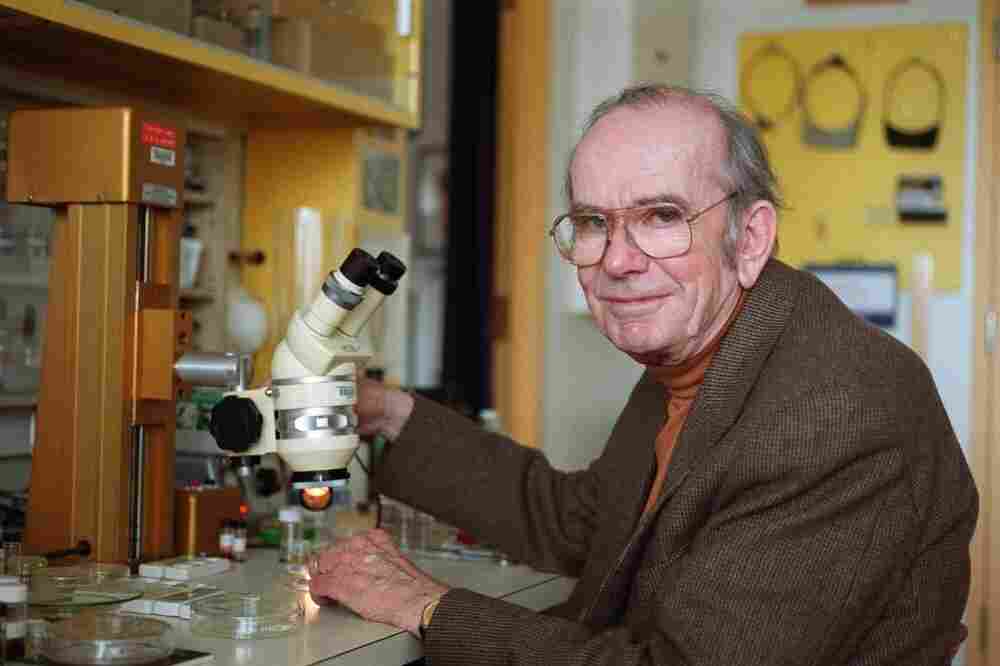 A sweet, sweet man died the other day and I'd like to think that beetles everywhere, big ones, little ones, speaking many different beetle languages, paused for a second and thought, "Oh, dear. That guy. He was our guy." 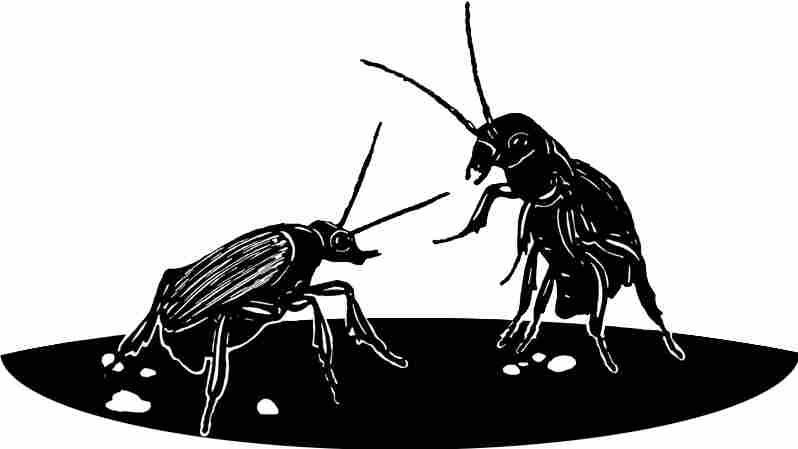 Tom Eisner loved bugs. He loved them as an infant, seeking them, "according to my parents, when I first stood on my feet." He was among the first scientists to notice that insects communicate not only by touching and dancing and by the markings on their bodies, they also send chemical signals. Bugs talk in chemicals. And Tom, with his Cornell colleague Jerrold Meinwald, helped invent a field called Ecological Chemistry that cracked the chemical codes that drive bugs to court each other, fight each other, and give each other gifts. 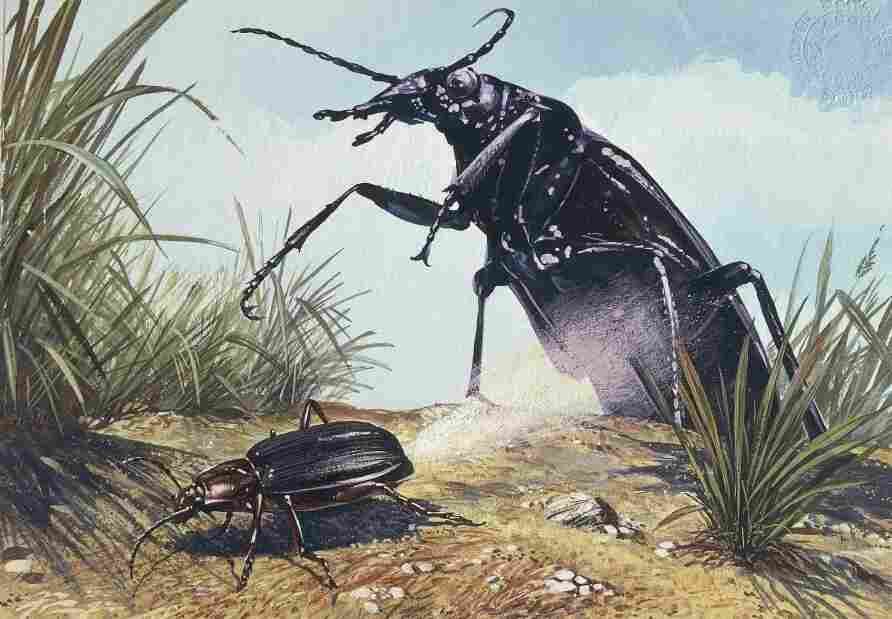 Bugs were his protectors. He was shy. Born Jewish in Germany, he and his family fled to Spain, then to France, then on to Uruguay. In Montevideo, where he grew up, bullies stalked him, but then he figured out he could safely put a particularly poisonous caterpillar on his hand because it had no poisons on its belly. He plopped two of them on his little fists and displayed them like boxing gloves. The tough kids (and in tropical Uruguay, boys know their toxic insects) were amazed. Suddenly, Tom remembered, "I was in command." 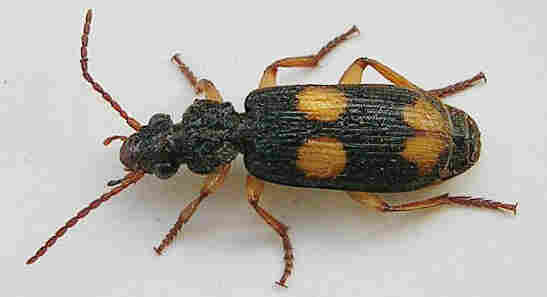 Years later, in Massachusetts, he was searching under a rock and heard beetles making strange hissing sounds. Tom, wondering what they were, but with hands full, popped one in his mouth and was startled when it suddenly hurled a hot wad of something against his inner cheek. Turns out he had met his first Bombardier beetle — the same one Darwin had popped in his mouth many years before. Tom, checking closely, discovered this beetle was manufacturing a kind of rocket fuel (a boiling combination of hydrogen peroxide and hydroquinone at 212 degrees Fahrenheit) which it fired from a machine gun like rotating turret mounted on the tip of its abdomen. 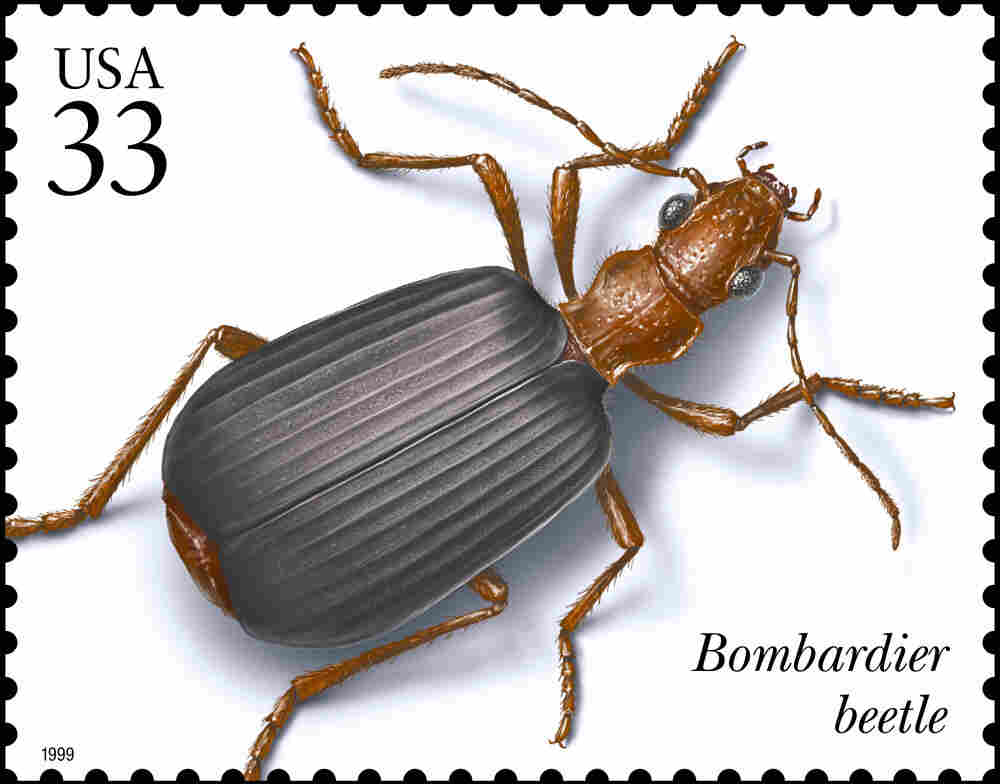 When humor columnist Dave Barry read about Tom's discovery, he said if he was ever elected president, he would name Tom his Entomologist General. "An engraving of a Bombardier beetle emitting a blast from his butt would look great on a coin," he proclaimed. The Bombardier never got coined, but it did become a U.S. postage stamp. Tom, modestly, kept a low profile, collecting science honors instead.

Tom had an extraordinary eye for beetles in the wild. They aren't big animals. They often avoid sunshine and sneak about hoping not to be noticed. But Tom somehow knew where to find them. When he was a young Ph.D. student in the 1950s, he and his friend E.O. Wilson (yup, that E.O.Wilson, the ant guy) decided to take a road trip across America to discover as many different insects as they could. They wanted, they later said, to get a feel for the diversity and the different insect neighborhoods, high, low, wet, dry, across the country. The plan was to take Tom's car (he had a 1942 Chevy with 160,000 miles on it) in a slow meander, hoping, said Tom, "to learn two insect families a day." Tom had a license. Ed Wilson didn't.

They'd gotten a $200 grant, which wasn't a bad deal, gas being about 20 cents a gallon and even less in Arizona (13 cents!). "We lived on cans of condensed milk, corned beef and eggs and spent less than a dollar fifty a day for food," (for two!) and things worked out well, except for flat tires. "We had 13 flats in the first 800 miles," Tom said. They also lost a hood in a sandstorm, got robbed, had their front window smashed and had to finish the trip with wind and rain hitting their faces, but the experience, Tom said, was "fabulous, absolutely fabulous." Ed remembers that his friend would, as usual, be changing a tire, when suddenly he'd stop, drop his tools and wander off chasing some little dot of a thing into a meadow or off the side of a road. It was another new (to science) bug. Ed was jealous. Eisner kept finding treasures every time they stopped.

How Did He Do It?

One time, on stage at the 92nd Street Y in New York, I asked him about his insect obsession. Did he ever dream of insects?

"Not always, but here and there," he said, looking down as though embarrassed.

"What does that mean? That you're scurrying around, walking upside down on the ceiling?"

In a whisper he went on, "Um...the weirdest situation that I ever got into in a dream was...I dreamed that I was an insect and I was telling another insect that I occasionally dream that I'm a human." 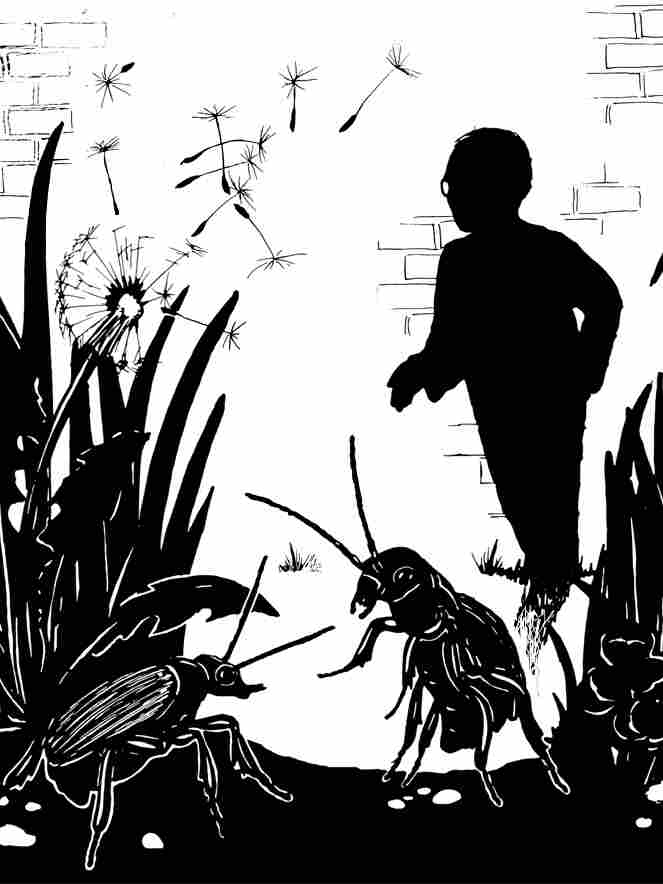 This was a very unusual man. I asked him if he ever, in some rudimentary way, "talked" to these animals. He said no. "I don't presume to read responses on the part of the insects. But the older I get, the more difficult I find it to experiment with them in ways that kill them. Bombardier beetles can live 1, 2, up to 3 years in your lab. You become very attached to them. You give them names and when they die it's an event. So you must somehow have moments where you feel that there are things going on in their tiny little brains, that they have secrets hidden up their sleeves that they might reveal...if you found a common language."

Tom Eisner couldn't talk to his beetles. But I bet no one's gotten closer.

Tom Eisner's memoir, "For Love of Insects" (Harvard University Press, 2003) includes many of his extraordinary photographs, taken with his wife, Maria. The New York Times has an Eisner photo slideshow.

He described his insect dreams on Radiolab and if you'd like to hear about the day Mira Sorvino, the "Mighty Aphrodite" actress, taught his class at Cornell, there's a video.