Accessibility links
The Ghost Of Madame Curie Protests... : Krulwich Wonders... A cartoonist brings Marie Curie back to life to tell young women she's not the only great female scientist, and asks them to check out some other amazing ones.

The Ghost Of Madame Curie Protests...

The Ghost Of Madame Curie Protests...

With all the news about Monsieur Strauss-Kahn and the hotel maid in New York, plus Arnold Schwarzenegger's extra marital baby, I got to thinking about the not-so-subtle way women have been treated in science, even the most celebrated ones. 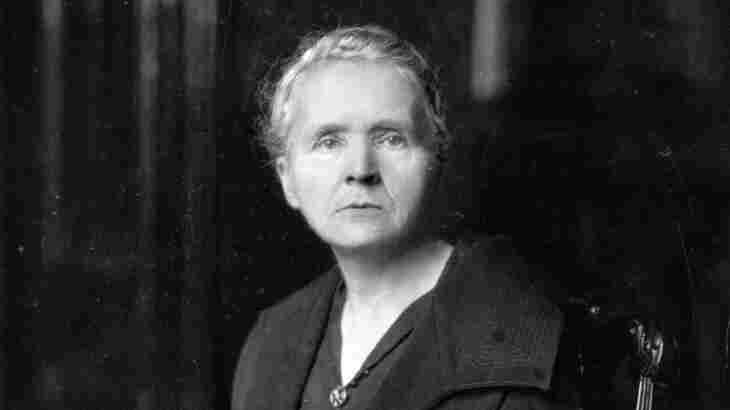 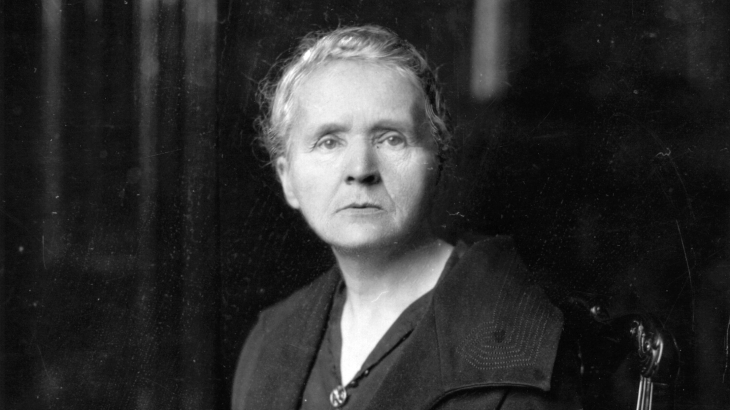 A few months back, I wrote a post about how the Nobel Committee (a committee of guys) in 1911 tried to get Madame Curie NOT to come and collect her second Nobel Prize. The first one she shared with her husband. Her second, for her work with radium and polonium, she won alone. Her husband Pierre had died. She'd taken a lover and the Nobel judges feared scandal, and thought she shouldn't show her face in public. Said biochemist Olof Hammarsten: "I don't know who could have her at their table."

Marie Curie went to Stockholm anyway and dined with the king. 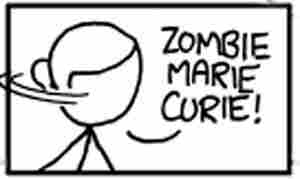 For her courage, for her science, for her two Nobels, for being the first female celebrity scientist, Marie Curie has, for the last hundred years, become an icon, and now...at least in one person's imagination...she's getting tired of it.

Here he imagines a "Zombie" Marie Curie who wants young women to know that she's not the only great female in science. How about Meitner, she asks. How about Noether? How about you've never heard of either of them? 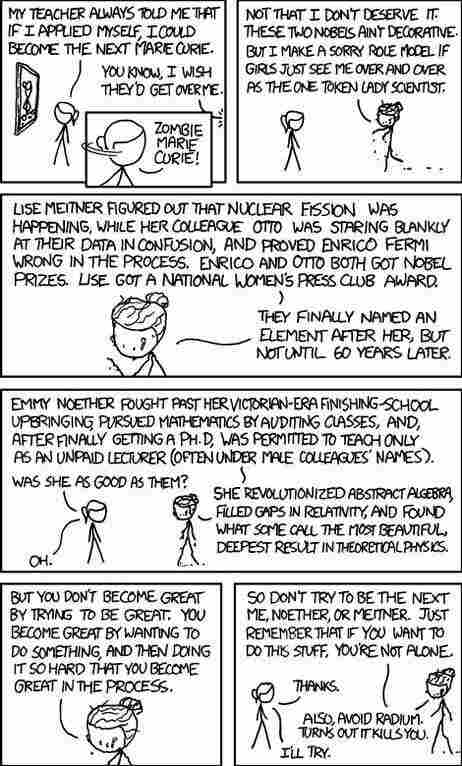 Weird that she didn't know about radium poisoning, but nobody did back then. She'd carry radioactive test tubes in her pockets, stick them in desk drawers, admire the blue-green light they gave off in the dark. To this day, her lab notes from the 1890s, even her cookbook, are stored in lead-lined boxes. They are still too dangerous to handle. Yes, her research killed her, but not because she was a saint; she just didn't know.