Accessibility links
Kurt Vonnegut Turns Cinderella Into An Equation : Krulwich Wonders... Some people look at a sunset and see a sun setting. Others see the patterns of the sun rays, and everything around it — they are pattern addicts; they can't stop finding the abstract in the particular.

Man is a pattern-finding animal. There are folks who look at a scene like this... 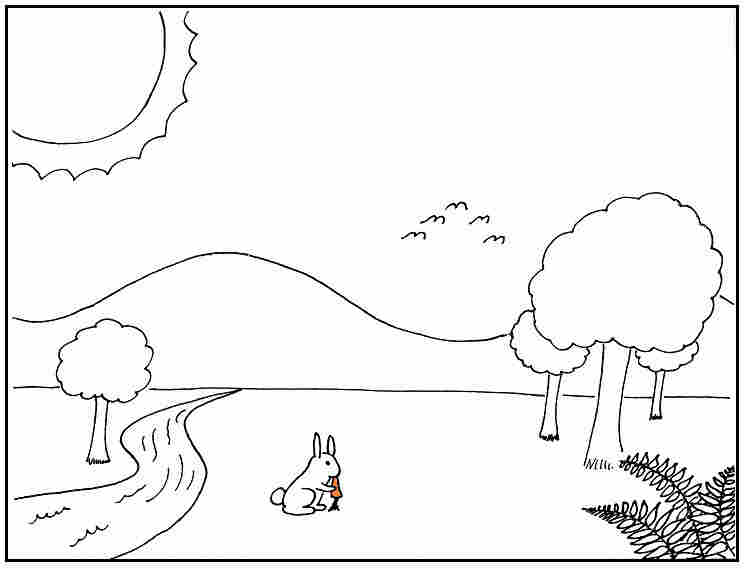 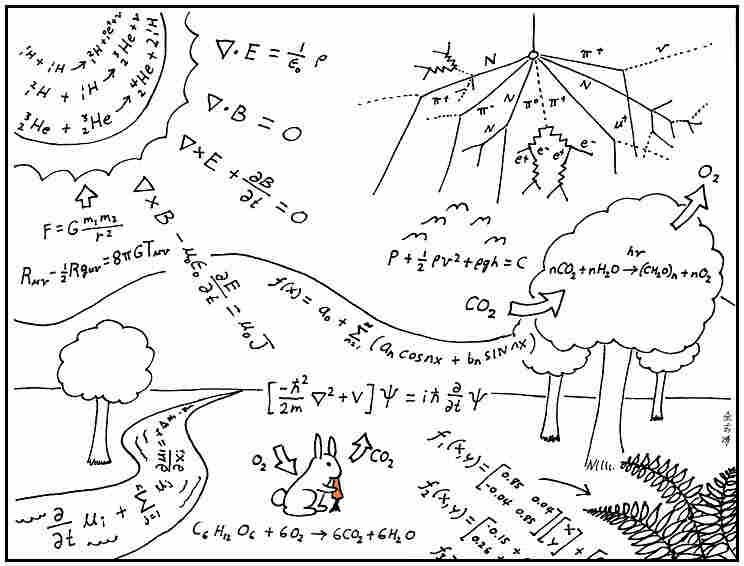 Or so I'm told. I'm not one of their tribe, but scientists and mathematicians, I imagine, do this compulsively. They can't help themselves. They are pattern addicts. They can't stop finding the abstract in the particular.

All of us, even if we have no knack for science, look at the weather, at our children, at our markets, at the sky, and we see rhythms and patterns that seem to repeat, that give us the ability to predict. "Billy's a good kid, he'll be fine," thinks the teacher. "Take this and you'll feel better," says the doctor. Pattern recognition.

Do any of us live beyond pattern? Do great musicians, breakthrough artists, great athletes operate pattern free? Pattern indifferent?

I don't think so. Artists may be, oddly, the most pattern-aware. Case in point: The totally unpredictable, one-of-a-kind novelist Kurt Vonnegut (Slaughterhouse-Five, Cat's Cradle, God Bless You, Mr. Rosewater) once gave a lecture in which he presented — in graphic form — the basic plots of all the world's great stories. Every story you've ever heard, he said, are reflections of a few, classic story shapes. They are so elementary, he said, he could draw them on an X/Y axis.

Which he then did. Here are three of them. I think you'll recognize the third one rather quickly.

Thanks to Hokumberg Goombah and Gig Thurmond for noticing this; and to Abstruse Goose, a web-based comic strip drawn by I'm not sure who (the author signs his name *******) for our bunny-eats-a-carrot illustrations. The great Kurt Vonnegut died in 2007; this lecture appears on You Tube.