Accessibility links
The Writer Who Couldn't Read : Krulwich Wonders... Imagine you wake up and can't read. The letters on the page have turned into squiggles. They make no sense. Howard Engel, a writer of detective stories, has this condition, but amazingly, has found a way to trick his brain to almost read again.

Listen To A Man Read With His Tongue

The Writer Who Couldn't Read

Listen To A Man Read With His Tongue

"In January of 2002," writes the neuroscientist Oliver Sacks, "I received a letter from Howard Engel, a Canadian novelist describing a strange problem." Engel's problem was so strange, I decided to create a short video to let you see his story. Our narrator and animator is San Francisco artist Lev Yilmaz.

On July 31, 2001, Engel woke up, dressed, made breakfast, and then went to the front door to get his newspaper. "I wasn't aware," he says in our NPR interview, "that it was any different from any other morning."

But it was. When he looked at the front page — it was the Toronto Globe and Mail, an English-language journal — the print on the page was unlike anything he had seen before. It looked vaguely "Serbo-Croatian or Korean," or some language he didn't know. Wondering if this was some kind of joke, he went to his bookshelf, pulled out a book he knew was in English, and it too was in the same gibberish. 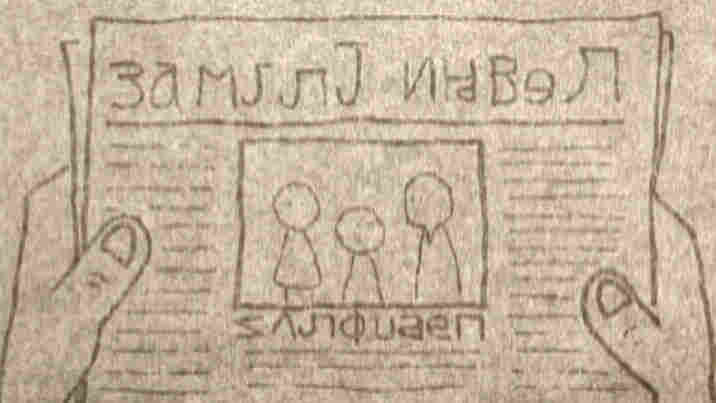 Engel had suffered a stroke. It had damaged the part of his brain we use when we read, so he couldn't make sense of letters or words. He was suffering from what the French neuroscientist Stanislas Dehaene calls "word blindness." His eyes worked. He could see shapes on a page, but they made no sense to him. And because Engel writes detective stories for a living (he authored the Benny Cooperman mystery series, tales of a mild-mannered Toronto private eye), this was an extra-terrible blow. "I thought, well I'm done as a writer. I'm finished." 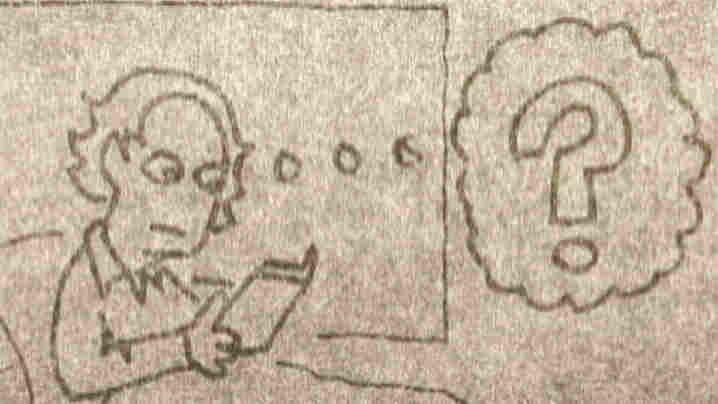 In his letter to Oliver Sacks, Engel describes his stunning solution, or rather, his painfully executed semirecovery, which you can see in Lev's video.

Briefly put, Engel discovered that if he traced the printed gibberish on a page with his hand, if he simulated the movements that a writer makes as he writes, he could gradually get back the meaning of the words. 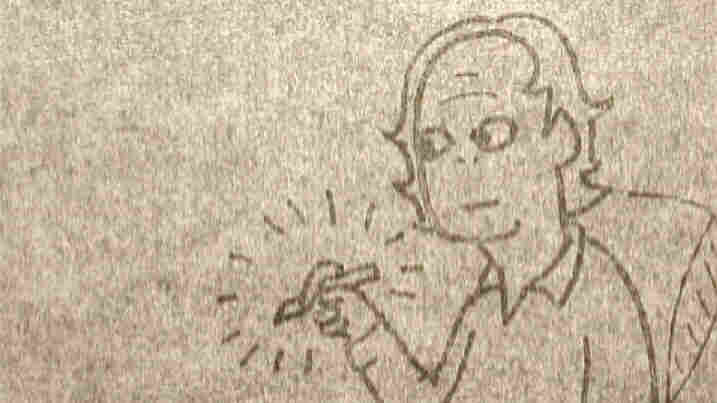 Try writing "cat" 20 times, and then on the 21st try, write "cat" in the air with your finger. You know as you write in the air that the motions you make equal "cat." This is called "motor memory." This specific set of strokes triggers the idea of "cat" in your brain.

Engel couldn't see words with his eyes. His visual cortex was broken. But he could "see" when he used the motor part of his brain, first by tracing letters on a page, then by "writing" those same letters in the air, and then, strangely, when he shifted to copying letters with his tongue on the roof of his mouth. Tongue-copying was the fastest. 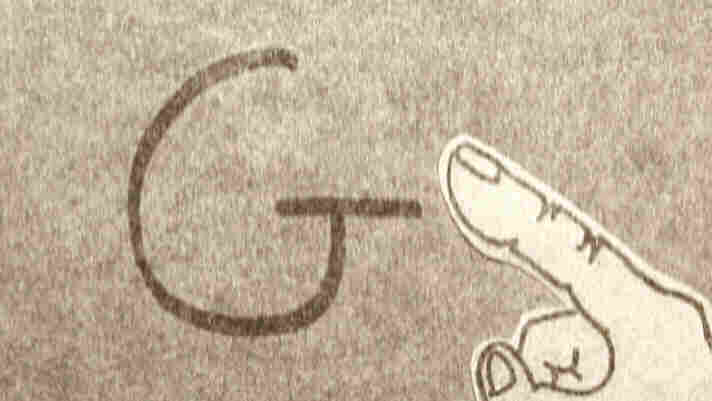 Over the years, says Sacks, Engel has learned to read with his tongue, flicking the shape of the letters on his front teeth. Engel has reached the point where he can almost keep up with the subtitles in a foreign film. He says he can get about half the words before they flash off.

Sacks describes Engel's struggles in a forthcoming book, The Mind's Eye, to be published later this year. The surprise here is that brains are more plastic than one would suppose; even if one part of a brain is compromised by a stroke, a person can sometimes improvise and get another still healthy part of the brain to substitute and help out.

Engel is writing again. He continues to write Benny Cooperman novels and in 2007 published a memoir, The Man Who Forgot How to Read.

"He has found a way to remain a man of letters," Sacks writes. "That he was able to do so is a testament to many things: the dedication and skill of his therapists in rehab, his own determination to read again, and the adaptability of the human brain."

You can hear Engel describe his problems in greater detail in our NPR broadcast. Just hit the "listen" button at the top of this page.

Lev Yilmaz has created cartoons for us before. His last effort recounted an early attempt to discover how much heat a person, a dog and an egg can endure. The dog won.

Oliver Sacks' newest book, The Mind's Eye, will explore different kinds of blindness, including his own loss of sight in one eye.