Accessibility links
Gut Bacteria Know Secrets About Your Future : Krulwich Wonders... Trying to figure out why people attract different bacteria in their bodies could hint at what ailments await us as we age.

You have a hundred trillion of these guys in you right now. Before you were born, you had hardly any. 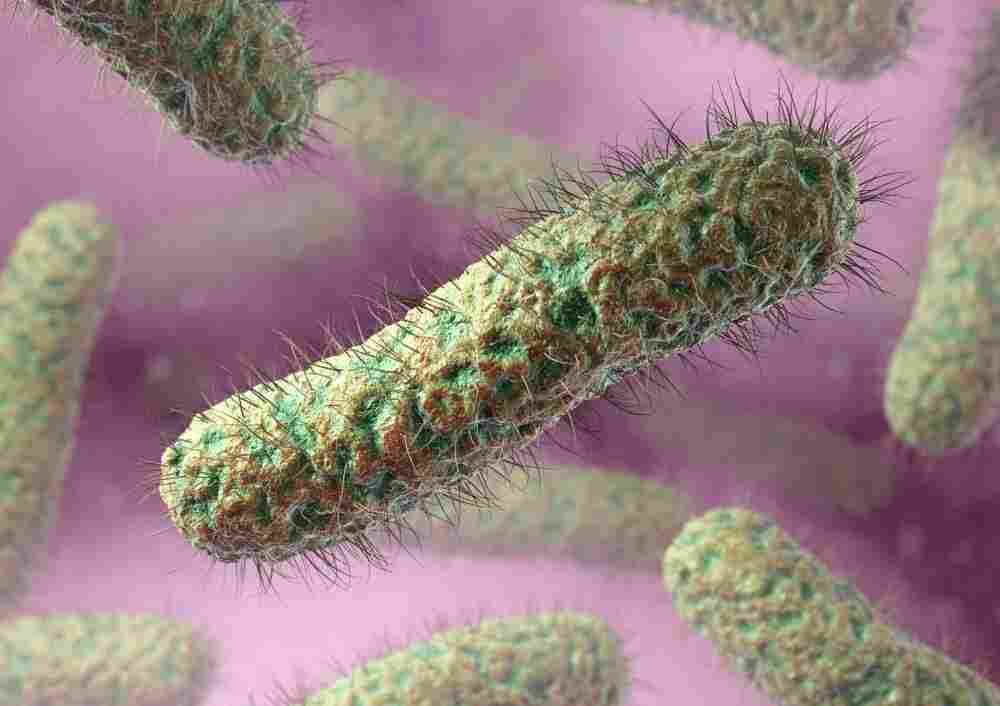 Back then, you were floating in amniotic fluid, protected, sanitized. Bacteria kept their distance. Until you slipped down that birth canal, you were pretty much spic-and-span.

Then came your birthday, and all of a sudden, you were invaded. From the delivery, from the doctor's hands, from the first meal at your mother's breast, from your older sister who kisses you (or, if no one's looking, spits on you), from everyone, from everywhere came an army of bacteria that moved in and stayed. 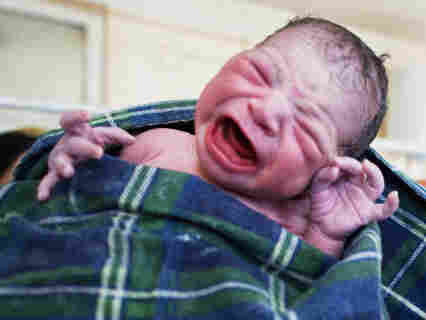 Right now, in your mouth, in your gut, on your skin, you are carrying about 10 times more bacteria cells than human cells. If you swallow antibiotics and kill a lot of them, a few weeks later, the same bacteria come bounding back. They're staying.

"We are, in essence, only 10 percent human," Dr. Roy Sleator, lecturer at Cork Institute of Technology in Ireland, told The Daily Telegraph. "The rest is pure microbe." 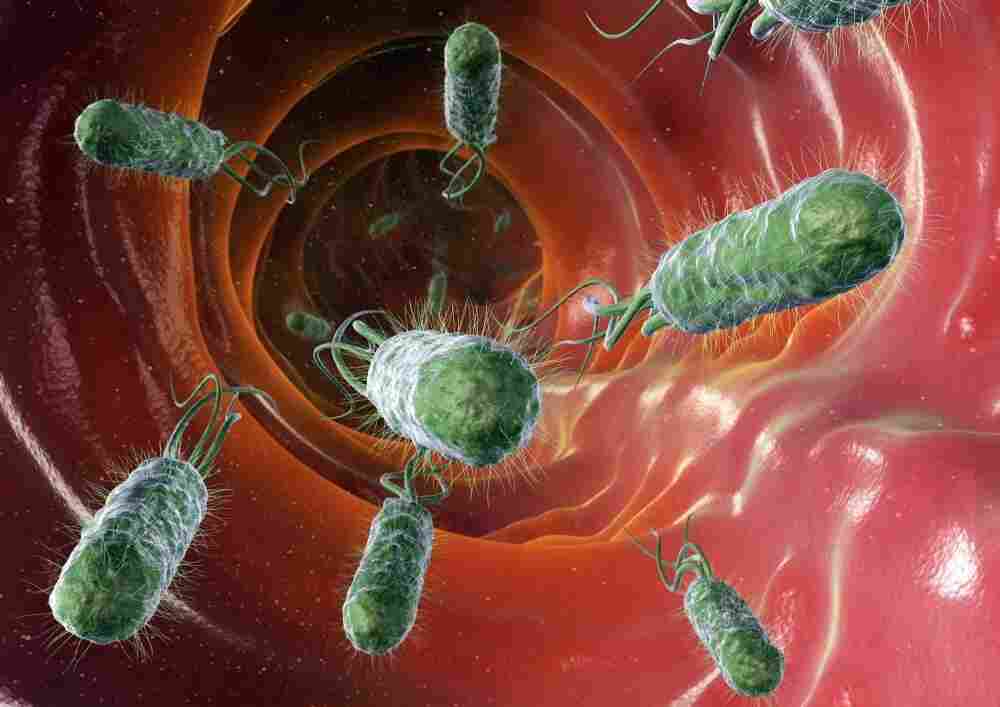 What are bacteria doing in you? For you? Against you?

They look, yes, a little alien. This image of hairy lozenges cruising through an intestine are Escherichia coli (E. coli, for short), the bacteria now making people sick all over Europe. Bacteria also come in all kinds of shapes, strings, spheres, oblongs. But they aren't all bad guys. In fact, without them, we wouldn't survive very long. We need them to digest food, to produce vitamins. We use them to fight off the bad bacteria. In spite of what you're reading in the papers this week, they are more helpers than hurters.

First (I wrote about this a few years ago), scientists discovered that people around the world can have different communities of bacteria in our intestines. If we are hotels, we seem to attract very different guests. So as adults, we become identified with certain bacteria. Which has consequences.

I, for example, might have a lot of bacteria in me that are great at digesting oats. You? Your bacteria may not care much for oats. What happens if both of us have a giant bowl of Cheerios for breakfast? 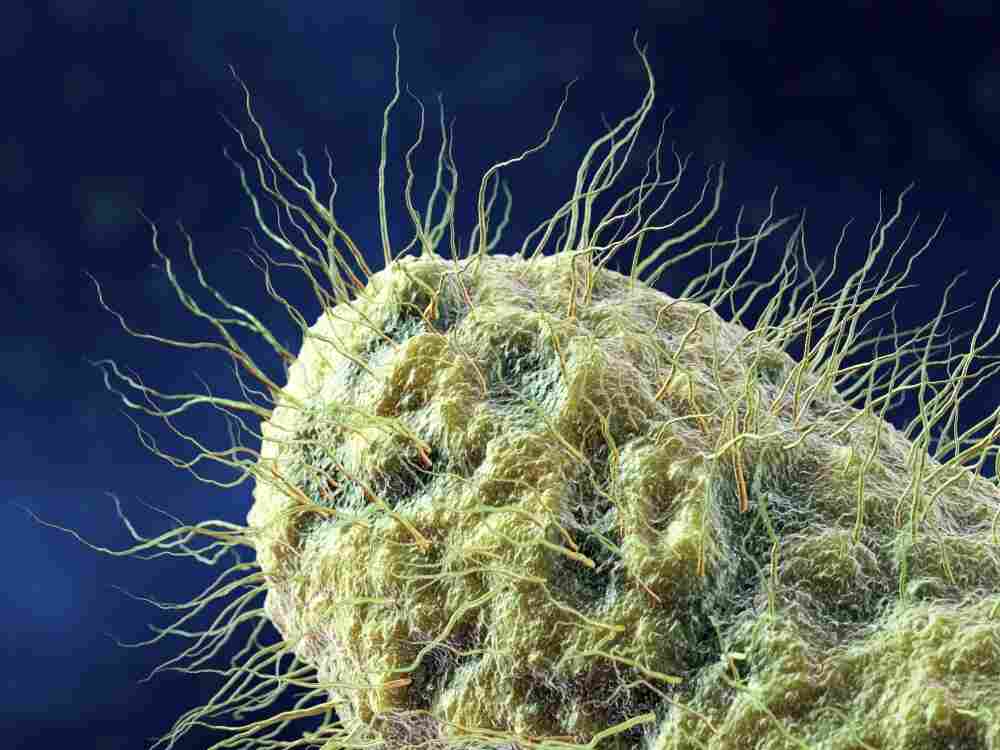 I gain weight. You make more frequent trips to the rest room (and stay skinny). The bacteria in your gut may make you susceptible to certain diseases, to obesity, or they may make you less susceptible. Bacteria matter.

So why do different people attract different bacteria as they grow up? Here comes the second surprise.

Scientists assumed it must be cultural. Babies born in northern Alaska presumably drink milk from moms who eat fish, who live in cold, snowy places, have dogs as pets and attract one mix of bacteria.

Indian babies, on the other hand, have mothers who eat rice, potatoes, spices, have different pets, birds maybe, and create a different mix of bacteria. Different worlds produce different environments. That makes sense, no?

But — along come Peer Bork, Manimozhiyan Arumugam and Jeroen Raes from the European Molecular Biology Laboratory in Heidelberg, Germany. They took a look at stool samples (aren't you glad you didn't become a biologist?) from a small group of Europeans and read similar studies from Japan and America and, startlingly, found that gut bacteria in humans don't reflect local cultures. Not at all. Instead, said Peer Bork: 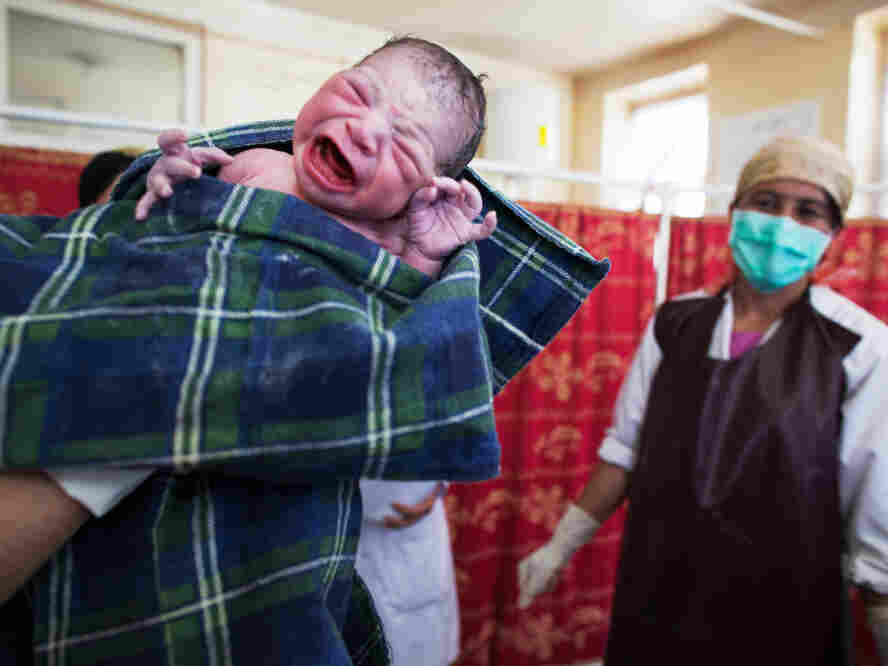 We found that the combination of microbes in the human intestine isn't random. Our gut flora can settle into three different types of community — three different ecosystems, if you like.

And weirder still, food, diet, culture don't seem to matter. Nor do age, gender or nationality. So if we look at a bunch of Alaskans and a bunch of Indians, it now seems their gut bacteria will not look that different. What's more, all three "gut types" will show up in both groups. As blogger Ed Yong puts it, "In gut bacteria, we are united." 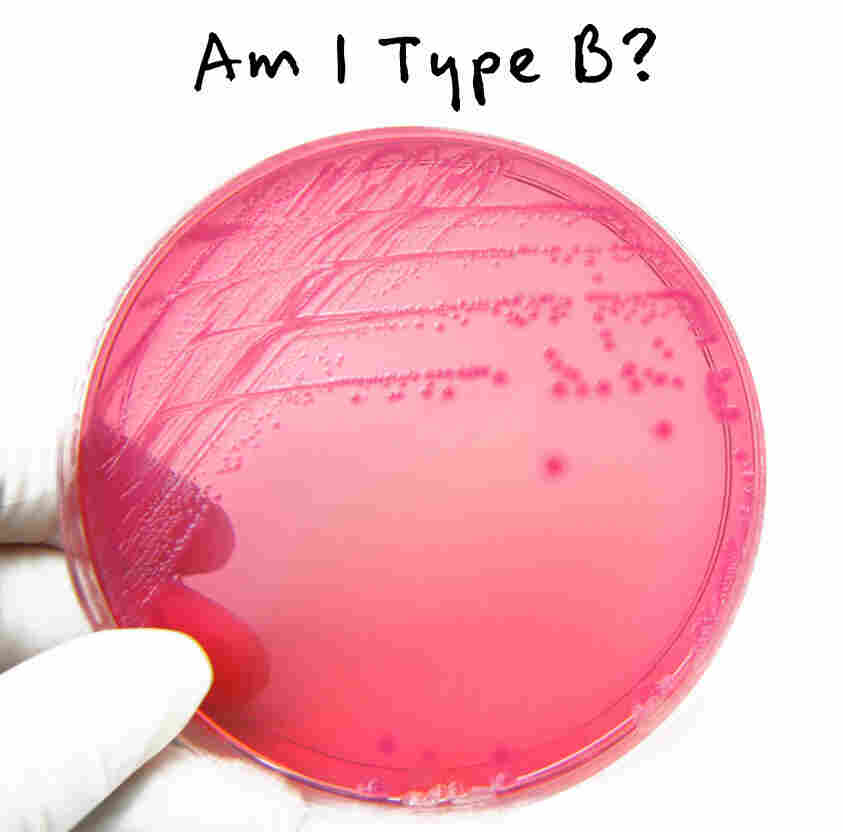 The scientists don't know how to explain this finding. It's so startling.

Maybe further studies will change the result. After all, these subjects all come from rich countries (where packaged food and imported food may dramatically reduce the range of what people eat). Perhaps the pattern will change when they check stools in central Africa or Borneo. Plus, the initial data sample was small, just 39 people. But they've now looked at an extra 85 people from Denmark and 154 in America and the pattern is still there.

Here's a possibility: It may turn out that when you take your first drink from your mother's breast, the earliest bacteria set up shop and decide who gets to follow. In other words, instead of humans choosing their bacteria, the bacteria choose each other. A Daniel Boone bacterium arrives in your gut, builds some kind of barrier, and like a bouncer at a night club, only lets its "friends" in.

The mystery deepens: Why only three types? Nobody knows yet. Gut bacteria may turn out to be like blood types. We know there are A people and O people and B people. Now there may be Gut Type A, B and C people.

And if this turns out to be true, we may be able to go to the doctor, get our "gut profile" and discover that because of the population inside, we are slightly more likely to get fat or get ulcers, or hormone problems, or autism (yup, there's a study about that), or at least get a little peek into our probabilistic future. While tentative, this science is telling us that each of us is a package composed of Mommy's genes, Daddy's genes and the bacterial genes that have moved in and stayed. We have a genome and we also have a "microbiome." And the microbiome is a whole new window into who we are and are going to be.

For more information on gut bacteria studies, check Ed Yong's posts at his blog Not Exactly Rocket Science and Carl Zimmer's recent stories at the New York Times and at his blog, The Loom.