Accessibility links
Clouds Appearing Suddenly, Suddenly Explained : Krulwich Wonders... Watch the birth of a cloud as air rises up the slope of a mountain and the cold temperature squeezes the air to form a white mass of moisture.

Last week, I wrote a post about cloud watching and invited readers to send photos. To everybody who sent a cloud my way, thank you. Especially to "Bachman Ivory," who made a video that shows Air magically turning into Cloud. It's a textbook example of mountain slope cloud formation, from Stony Man Mountain in Shenandoah National Park. The clouds aren't going to like this; it reveals one of their beautiful secrets.

When you see a cloud hanging in a clear blue sky, it looks like the cloud is wet, while the air around it is dry.

That's what you see, but that would be wrong.

The truth is, moisture is everywhere, whether you see it or not. Most of the time, it's floating about like vapor, it's a gas. Gaseous water is invisible. But when it becomes a liquid, that's when you see it.

In a nutshell, this is how a cloud is born. A cloud happens, wrote the great illustrator Eric Sloane, when moisture goes "from invisible gas to visible water droplets." 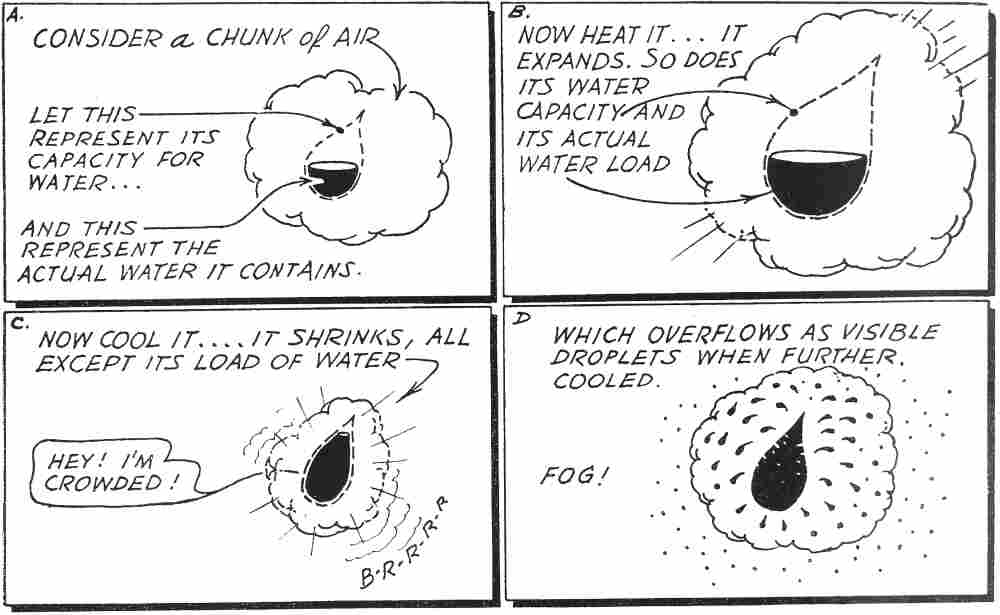 The cloud-forming moment comes in Box C. in Sloane's drawing when he says, "Now Cool It ..."

As moist air rises up the slope of a mountain, as it does in our video, the air gets cooler and cooler. At a certain point, called the "dew point" (and when you see a bunch of clouds with their bottoms aligned, you're looking at a dew point), the cold squeezes the air and, right on that line, clouds start to form. It's kind of fantastic, and you can see it in the video, or in Sloane's drawing, where his dew point kicks in at 62 degrees.

A bunch of readers happened to send in cloudscapes where you can clearly see the dew point, because the cloud bottoms are all in alignment. Here's one from Chuck Burgess, who calls himself "thenazg": 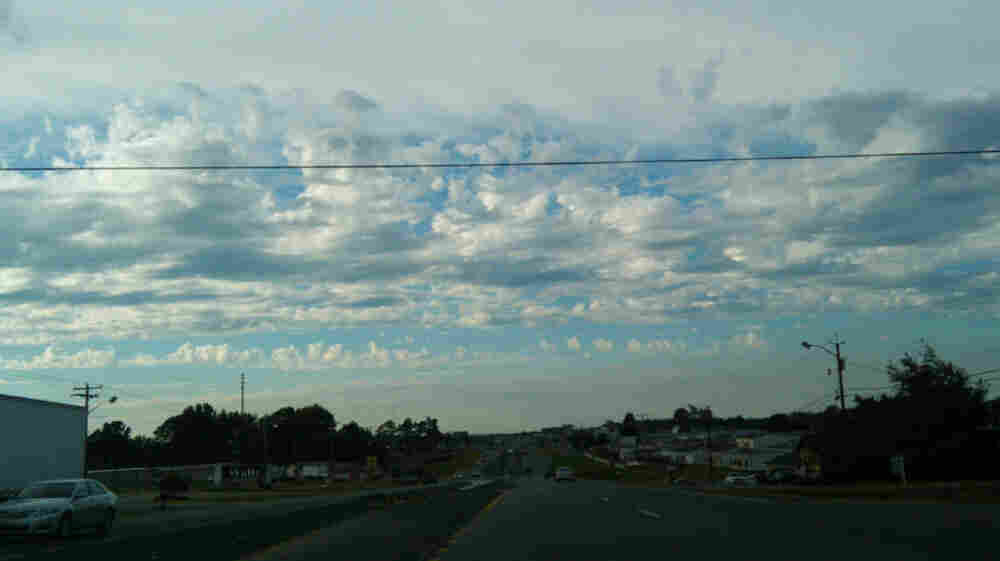 Here's another from a reader called "amarvelousview": 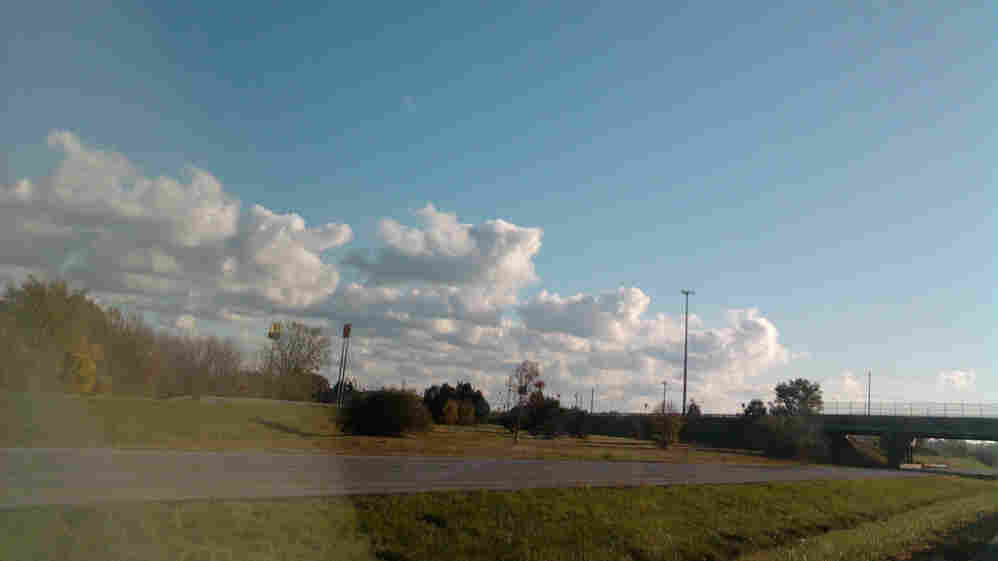 So thanks all. We got more than 80 photos.

There may be a few of you (I'm one of them) who after studying Eric's drawings still wonder how cold "squeezes" moisture out of the air; cold, it seems, is a compressor and in his 1949 classic, Eric Sloane's Weather Book, (where our drawings are from), Eric went for the "wet towel" metaphor:

As you cannot see the water that is hidden in a wet towel, you cannot see the atmospheric water that is in your room; but if you squeeze the towel (shrink it or condense it into a smaller size) the water will then become visible. Likewise, if you can shrink the air in your room (condense it), water droplets will appear, first on your walls and windowpanes and on other cool objects. By shrinking air, you sort of wring the vapor out of it into visible form.

Sloane was an artist, not a scientist, but the image works for me.

Eric Sloane's Weather Book was published by Hawthorn Books in 1949, but now published by Dover Publications. It's rich, rich, rich with explanatory drawings that demystify what we see above us. If you want to see more, check out a post I did last October; it's called How High Is The Sky?