Accessibility links
How Much Water Is There On Earth? Magellan Would Be Shocked : Krulwich Wonders... We often think of Earth as mostly water. But upon close examination, our planet might not be as wet as we think it is.

How Much Water Is There On Earth? Magellan Would Be Shocked

How Much Water Is There On Earth? Magellan Would Be Shocked

Water feels good when we're thirsty, cools us when we're hot, looks great in a pond, a lake, a cloud. Because we ourselves are two-thirds water, we like the stuff, we're drawn to it. We search the universe looking for signs of water and when we look back at our planet, we are small and pale, yes, but we're dazzlingly blue. 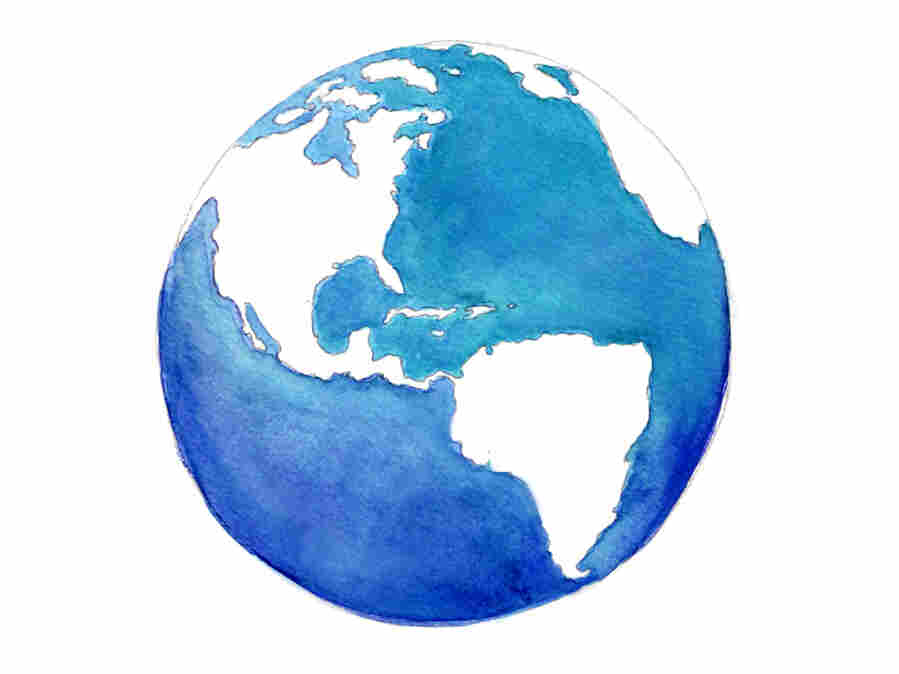 It's good to be wet. Compared to our neighbors — Mars, Venus, the dust-dry Moon — we look the wettest. More than two thirds of our surface is ocean. Another twentieth is ice. Water, water, everywhere. We've got so much of it.

There's an oceanographer in Hawaii, Mike Mottl by name, who's been measuring — or trying to measure — how much water we have on this planet, and his calculations are a little startling. When you stand on the shore of Lake Michigan, or the Pacific, the water supply looks impressive. But Mike changes perspective; he steps off the planet and considers the whole sphere, the surface, the crust, the mantle, the core and he asks, how much total water is there? Is Earth carrying a lot? Or a little?

So he starts counting. First, of course, are our oceans. On a map there are five big ones, but combines them into one "global ocean." 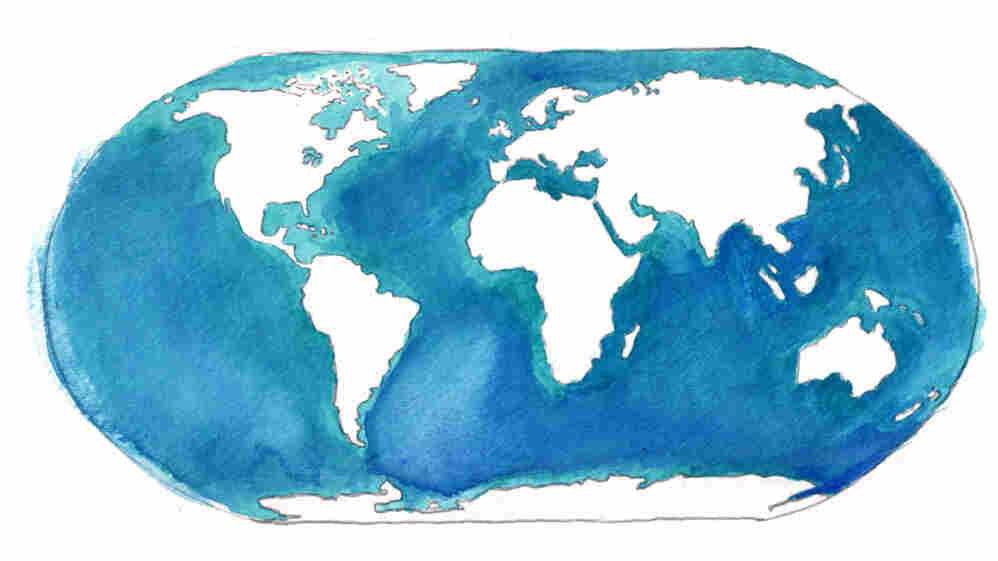 Then come all the rivers, all the lakes, big and small ... 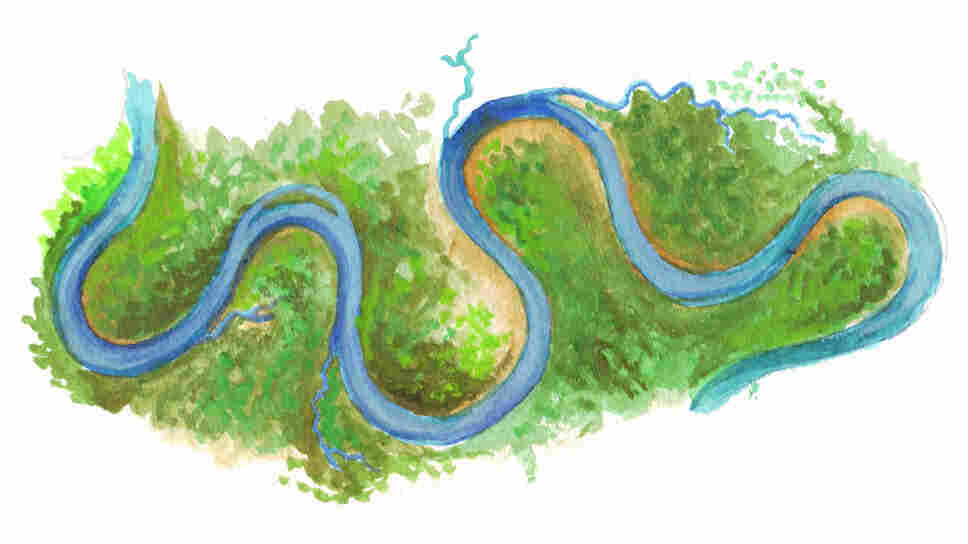 Then the water in our atmosphere, the clouds, the fog, the moisture that hangs invisibly in the air... 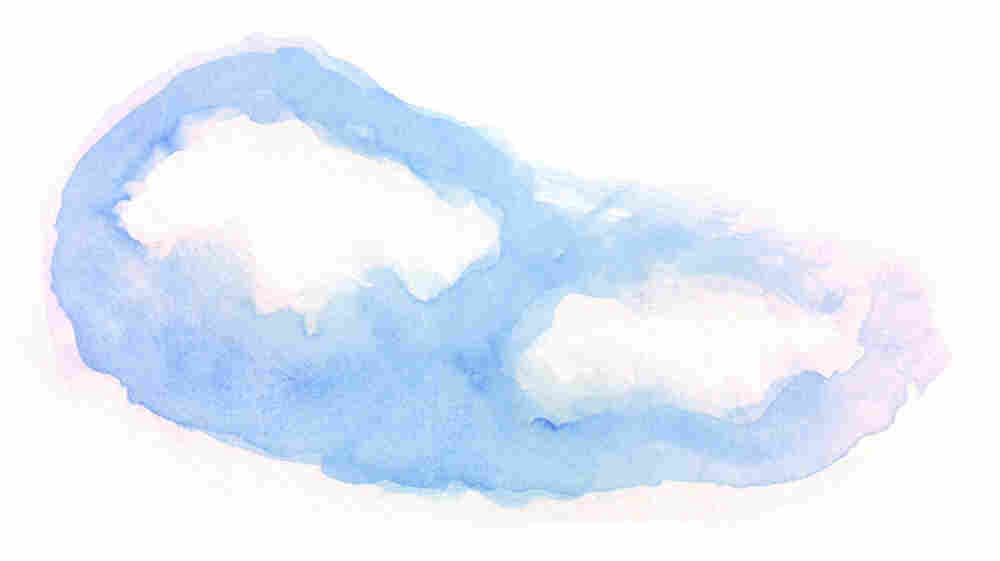 Then, hidden below us, are the underground pools of water, aquifers, that show themselves in wadis or oases in the desert, that you touch when you dig a well deep into the ground... 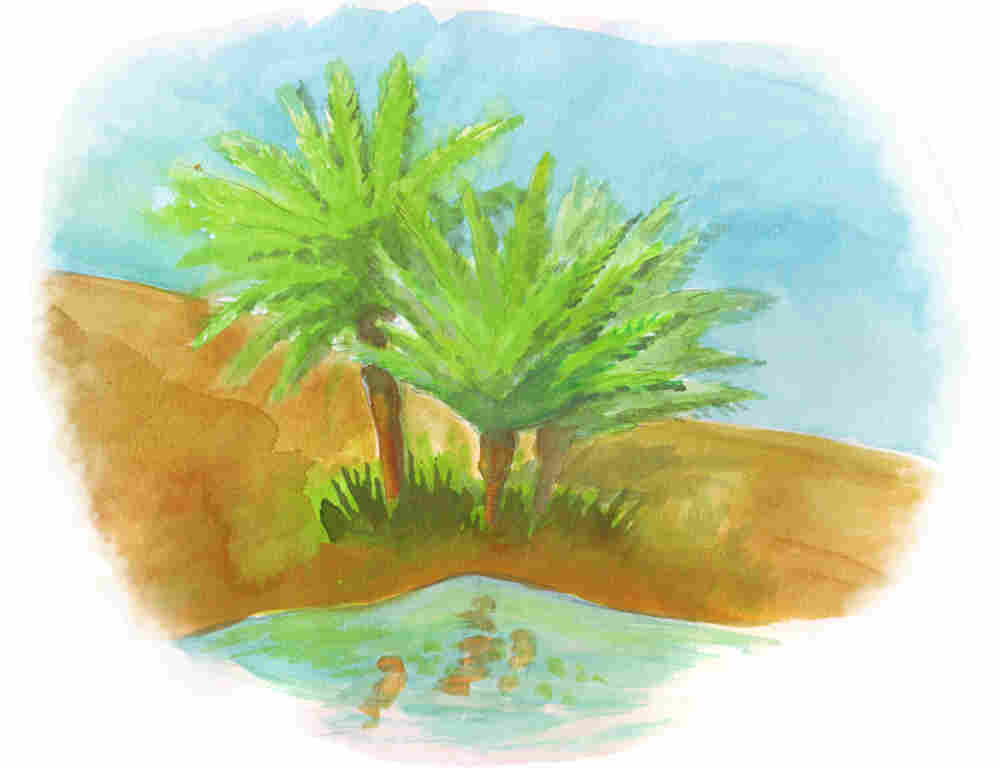 When Mike Mottl counts, he counts in Global Ocean units, all the oceans together. So when he adds up all the air, oceanic/lake/river and underground water he gets, roughly 1.2 "Global Oceans;" basically surface Earth is mostly ocean with a scoop of fresh water on top.

What about water inside the earth?

There are three layers: the upper mantle, lower mantle and the core. 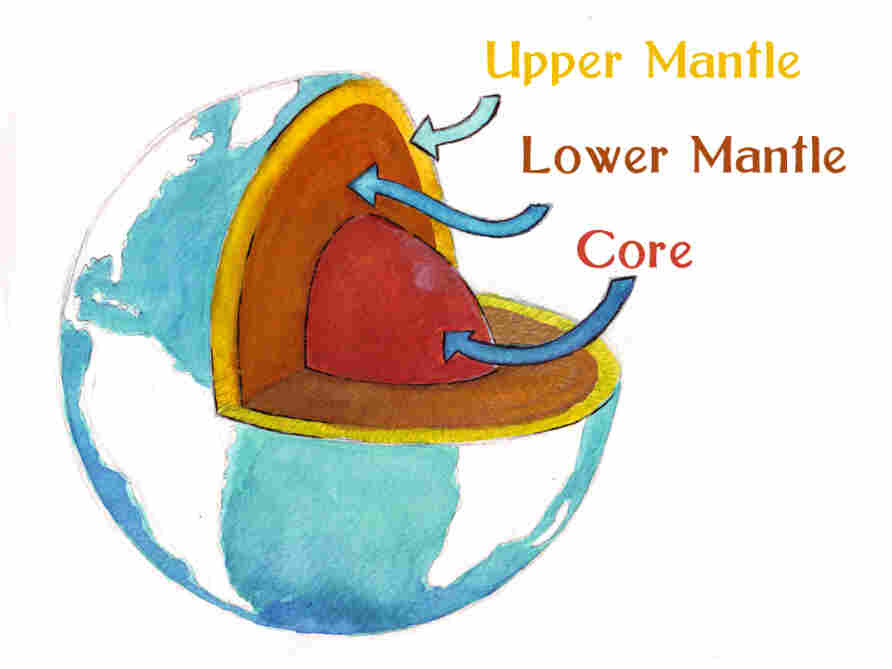 In the upper mantle, or crust, there is water hiding in the tiny pores of certain "hydrous" minerals — in clay, in mica — and when conditions are right, that water can be squeezed out. When volcanoes erupt and you see a white billowing cloud hurtling to the sky, much of that is water vapor. Volcanoes belch water. How much is down there? Estimates vary (a lot) but Mottl figures there's maybe a fifth of a global ocean in the upper mantle.

In the lower, bigger mantle, the calculations get more theoretical, and therefore chancy, but he guesses anywhere from one tenth to 1.8 global oceans.

Then, all the way down, in the earth's core, nobody knows. There's enough capacity to house 60 oceans. Or maybe 100. The core could be very, very rich in hydrogen (a water ingredient) or totally dry. We have no data. Which leaves us in the odd position of not knowing where most of the Earth's water is. As Professor Mottl wrote me,

So I asked him: "If you had to make a rough calculation, right now, and no one's going to hold you to it, how much water do you think we have on earth?" And he said a conservative (albeit blind) guess would be the earth today carries with it 3 global oceans of water, 1/3 on top, where we can swim in it, sail on it, drink it, get rained on by it, and 2/3rds down below where it sits silently with the minerals.

Three global oceans of water! Sounds like a lot, no? 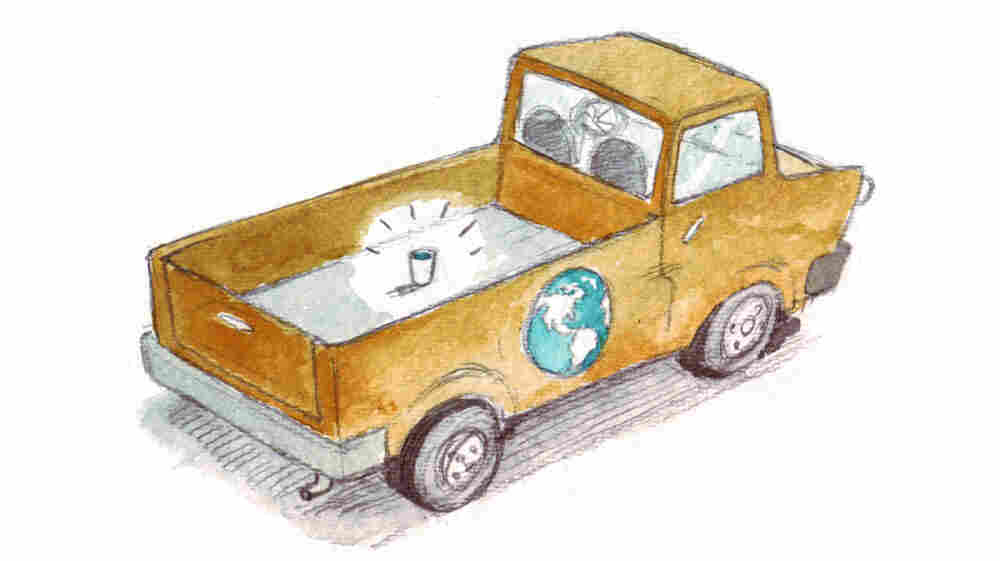 Not only could we carry a lot more, there are other heavenly bodies, Europa, one of Jupiter's moons, for example, that are almost ENTIRELY water. So compared to what's out there, or what could be out there, while the Earth looks so very, very wet, all that blue sloshing around on the surface, actually — when you look closely...we're pretty dry.

Mike Mottl's paper (with Glazer, Kaiser and Meech) on Earth Water appeared in Water and Astrobiology. He and I have written back and forth, but I'm especially indebted to Mike's colleague Karen Meech, who walked me through this subject slowly and carefully. Any errors here, as usual, are all mine.