Accessibility links
Thinking Thoughts No One Has Thunk : Krulwich Wonders... Imagining the back side of Mount Rushmore or hula-ing from the hoop's perspective takes more than wit — you have to be brave to see the world from a new angle. No one knew that better than Charles Darwin.

Thinking Thoughts No One Has Thunk

Thinking Thoughts No One Has Thunk

Charles Darwin did this, slowly and painfully, and so can you.

Every day we walk through the world. We look around. We think we see what's going on, but it is hard to remember how routinized we are as we look, how we automatically see things from our accustomed angle, never thinking of alternate possibilities.

I mean, who goes to Mount Rushmore and thinks about this?

But some people know how. They can re-see what the rest of us see in totally new ways. Just a few weeks ago, a young Canadian filmmaker in Alberta, Nick Saik, gave his sister Laura a hula hoop. On it, he'd clamped a light-weight, wide-angle camera. All he did was ask her to hula. (Is that the verb? To hula? )

This is the first time I've ever seen hooping from the hoop's point of view. Instead of a ring twirling around a girl, in this version the ring seems stock still. It's the girl who does all the twirling. It's so wonderfully weird.

As somebody wrote on YouTube: "that girl isn't good at Hula Hooping, the Hula Hoop is good at Girling."

This talent for topsy-turvying, for knowing that how you view the world is just one way among many, that there are always other ways, and sometimes those other ways may overthrow everything you believe — this is a rare and brave thing to do.

Which brings me back — way, way back — to Charles Darwin. The American Museum of Natural History has a Darwin Manuscripts Project. Working with Cambridge University, they've been publishing photos of Charles Darwin's papers. Last week, they released a series of pages from Darwin's private books covered with personal scribbles, penciled notes, jottings he made as he read. One of those notes caught my eye.

He was 27 years old, he was just beginning to form his theory of evolution, and on this page he's reading about Jean-Baptiste Lamarck's very different view of how animals change over time. If Lamarck was right, Darwin was wrong. And Lamarck, at that time, was a very eminent fellow. Did Darwin stab that paragraph with his pencil? Did he write, "No! No! Never!" in the margins? 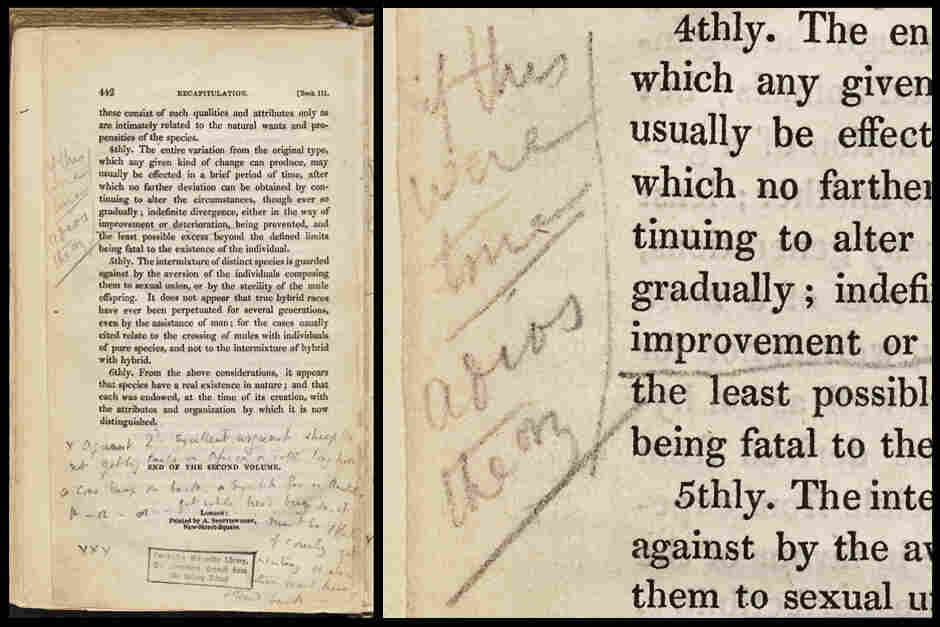 Instead he thought, "If Lamarck is right, I'll have to kiss my insight goodbye" — or, as he put it, switching to a 19th century Spanglish — "If this were true adios theory."

I see a brave smile in that phrase. Darwin knew what he wanted to see, but he knew there are many ways to weigh the evidence. And so for the next few decades he would look at his Big Idea from every possible angle, supportive, contrarian — every way possible. Just to make sure he wasn't missing a point of view. Just to test his guess against all the other guesses.

There's a stubborn, happy bravery in that.