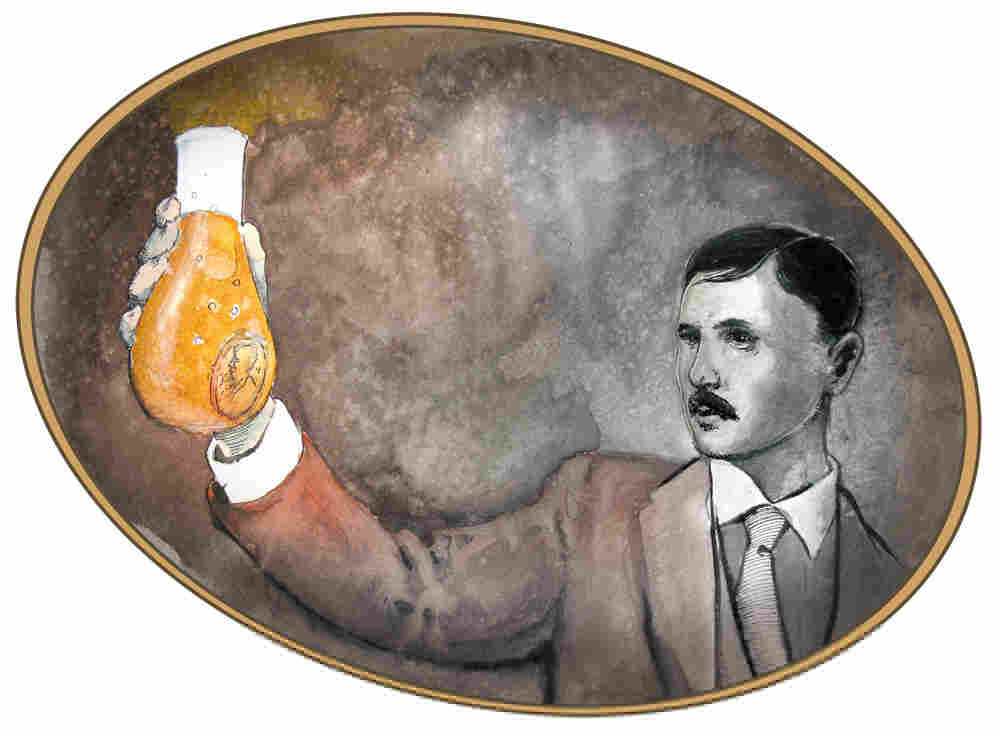 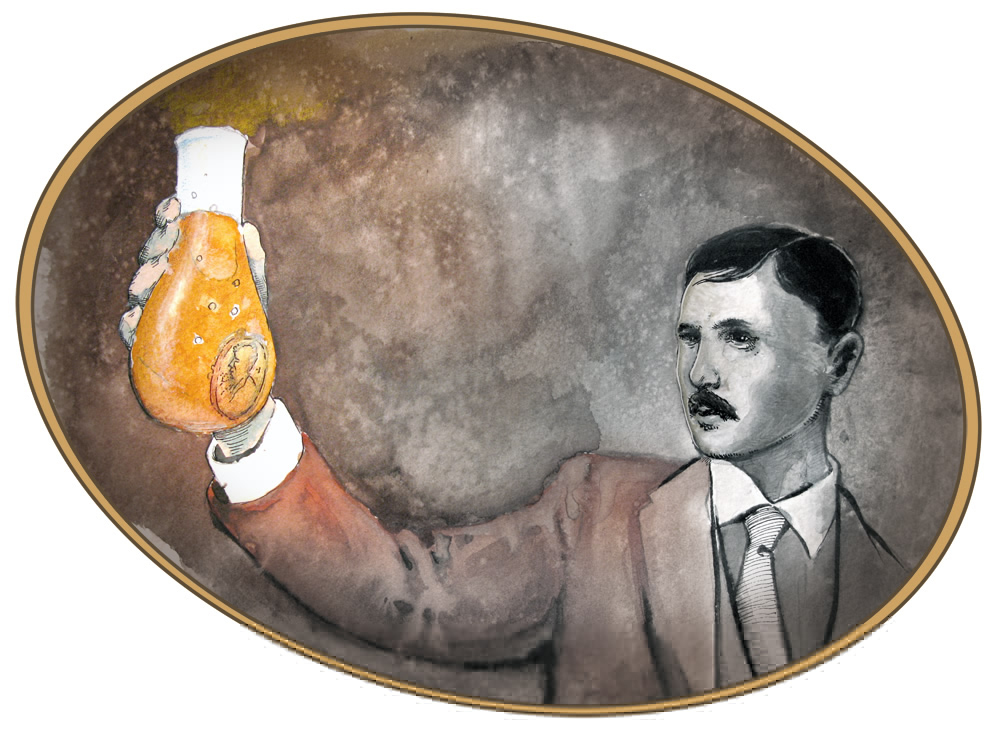 It's 1940. The Nazis have taken Copenhagen. They are literally marching through the streets, and physicist Niels Bohr has just hours, maybe minutes, to make two Nobel Prize medals disappear.

These medals are made of 23-karat gold. They are heavy to handle, and being shiny and inscribed, they are noticeable. The Nazis have declared no gold shall leave Germany, but two Nobel laureates, one of Jewish descent, the other an opponent of the National Socialists, have quietly sent their medals to Bohr's Institute of Theoretical Physics, for protection. Their act is probably a capital offense — if the Gestapo can find the evidence.

Inconveniently, that evidence was now sitting in Bohr's building, clearly inscribed "Von Laue" (for Max von Laue, winner of the 1914 Prize for Physics) and "Franck" (for James Franck, the physics winner in 1925) — like two death warrants. Bohr's institute had attracted and protected Jewish scientists for years. The Nazis knew that, and Niels Bohr knew (now that Denmark was suddenly part of the Reich) that he was a target. He had no idea what to do.

How To Get Rid of A Nobel Prize Medal

On the day the Nazis came to Copenhagen, a Hungarian chemist named Georgy de Hevesy (he would one day win a Nobel of his own) was working in Bohr's lab. He wrote later, "I suggested that we should bury the medal(s)," but Bohr thought no, the Germans would dig up the grounds, the garden, search everywhere in the building. Too dangerous.

I decided to dissolve it.

So Hevesy's thoughts turned to chemistry. Maybe he could make the medals disappear. He took the first one, he says, and "I decided to dissolve it. While the invading forces marched in the streets of Copenhagen, I was busy dissolving Laue's and also James Franck's medals."

This was not an obvious solution, since gold is a very stable element, doesn't tarnish, doesn't mix, and doesn't dissolve in anything — except for one particular chemical emulsifier, called "aqua regia," a mixture of three parts hydrochloric acid and one part nitric acid.

As you can see in this video from the University of Nottingham, dissolving gold is a slow business. The narrator (who looks like he was cast by Mel Brooks, but is presumably, the real deal) explains that nitric acid loosens the gold atoms, after which hydrochloric acid moves in, using its chloride ions to surround and transform the gold. While the video shows the reaction in sped-up form, remember, in 1940, they weren't dissolving little bits of gold. Hevesy's beaker contained two hulking gold medals ...

It must have been an excruciating afternoon. De Hevesy, in his autobiography, says because gold is "exceedingly unreactive and difficult to dissolve," it was slow going, but as the minutes ticked down, both medals were reduced to a colorless solution that turned faintly peach and then bright orange. By the time the Nazis arrived, both awards had liquefied inside a flask that was then stashed on a high laboratory shelf. Then, says science writer (and Radiolab contributor) Sam Kean, in his book The Disappearing Spoon:

...When the Nazis ransacked Bohr's institute, they scoured the building for loot or evidence of wrongdoing but left the beaker of orange aqua regia untouched. Hevesy was forced to flee to Stockholm in 1943, but when he returned to his battered laboratory after V-E Day, he found the innocuous beaker undisturbed on a shelf. 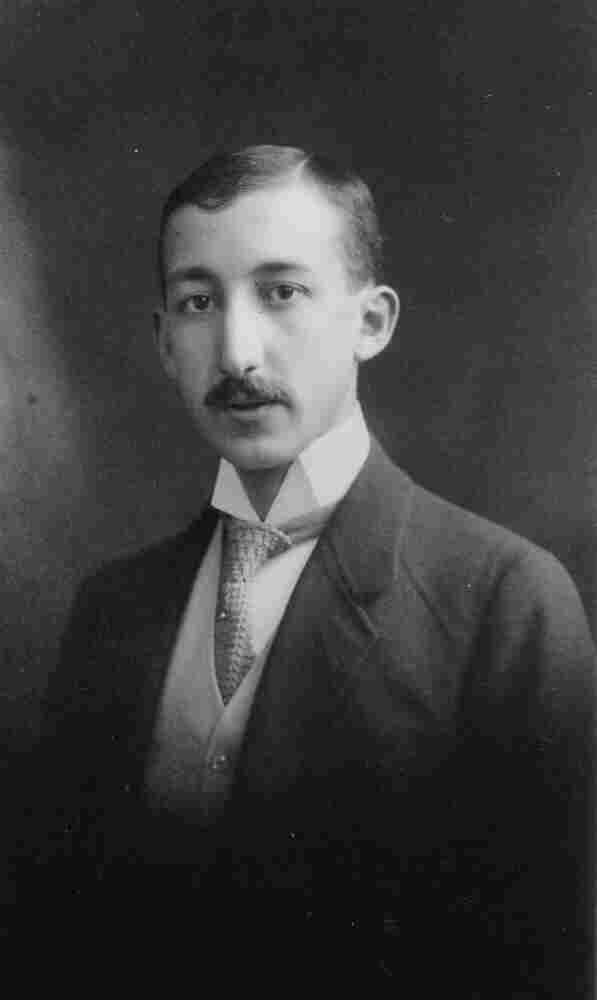 Back in Denmark, de Hevesy did a remarkable thing. He reversed the chemistry, precipitated out the gold and then, around January, 1950, sent the raw metal back to the Swedish Academy in Stockholm. The Nobel Foundation then recast the prizes using the original gold and re-presented them to Mr. Laue and Mr. Franck in 1952. Professor Frank, we know, got his re-coined medal at a ceremony at the University of Chicago, on January 31, 1952.

Niels Bohr also had a Nobel medal, but he'd put his up for auction on March 12, 1940, to raise money for Finnish Relief. The winning bid was anonymous, but later, Mr. Anonymous gave Bohr's medal to the Danish Historical Museum of Fredrikborg, where it can be seen today.

Three winners, three medals — each of them sold or dissolved, then replaced. In wartime, it seems, Nobel medals get around.

Sam Kean's book is The Disappearing Spoon And Other True Tales of Madness, Love, and the History of the World From the Periodic Table of the Elements, (Little Brown, 2010). He also was just on Radiolab telling tales of Lincoln Beachey, aviation pioneer.