Accessibility links
Don't Go Near That Guy With A Rifle! What Guy? : Krulwich Wonders... Attention all deer! As hunting season approaches, please be aware that the guy who's about to shoot you may be invisible. Just as some animals try to blend into their environments, so do people and machines (even warships!) — but we do it with the help of high-tech camouflage technology.

Don't Go Near That Guy With A Rifle! What Guy?

Don't Go Near That Guy With A Rifle! What Guy? 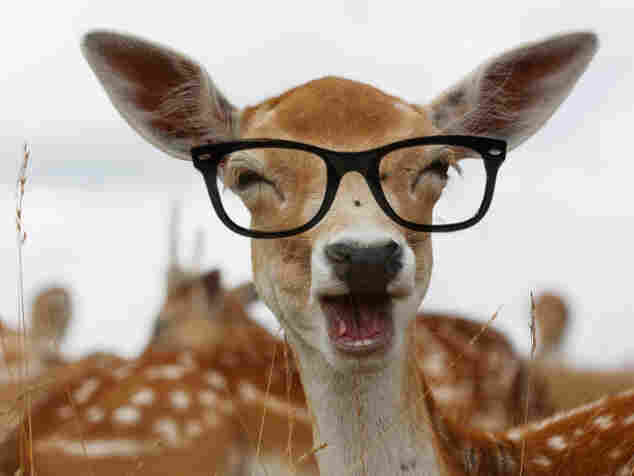 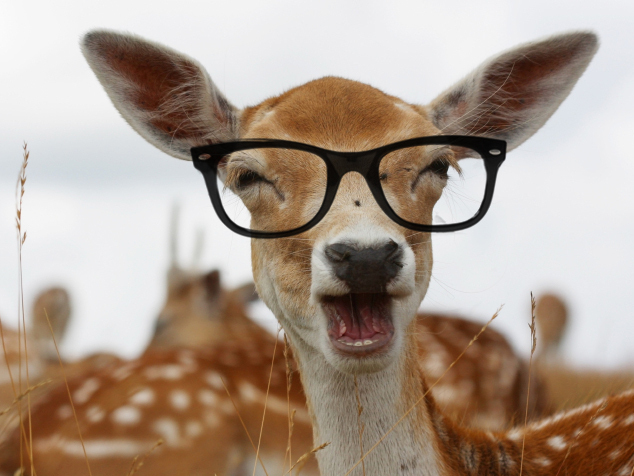 Attention all deer! As hunting season approaches, please be aware that the guy who's about to shoot you may be invisible. Or so he thinks.

W.L Gore and Associates, (makers of Gore-Tex rain gear), working with the HyperStealth Corporation — I kid you not — have designed a line of hunting clothes they call "Optifade." These clothes, they say, "fool the deer's vision system at its roots," meaning when a hunter slips into his cap, vest, pants and hood, you, poor deer, won't see him (or her) there.

Skeptical deer should check this demo. Here are 2 outdoor settings. Use the slider to switch from human vision to deer vision. When you're a deer, can you find the hunter?

The company's professional consultants, Jay Neitz, an animal-vision expert at the Medical College of Wisconsin, and Timothy O'Neill, who pioneered the United States Army's digital camouflage as a researcher at West Point, have carefully studied the limits of deer vision. Deer, they told the New York Times, have a slightly blurrier view of the world. They see in 20/40, rather than 20/20. They are also colorblind in the red/green spectrum. Humans have three color receptors; deer only two. 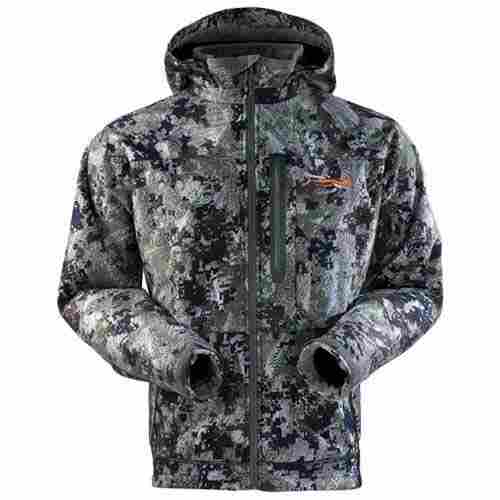 W.L.Gore says its camouflage design combines two strategies: a "micropattern" colored so the hunter fades into the forest background. Plus, they've added a "macropattern" for moments when the hunter moves — which hunters do from time to time. The macropattern breaks up the hunter's silhouette. So even though the deer knows something's moving, it doesn't know that the mover is a person. Deer can't tell what it is. 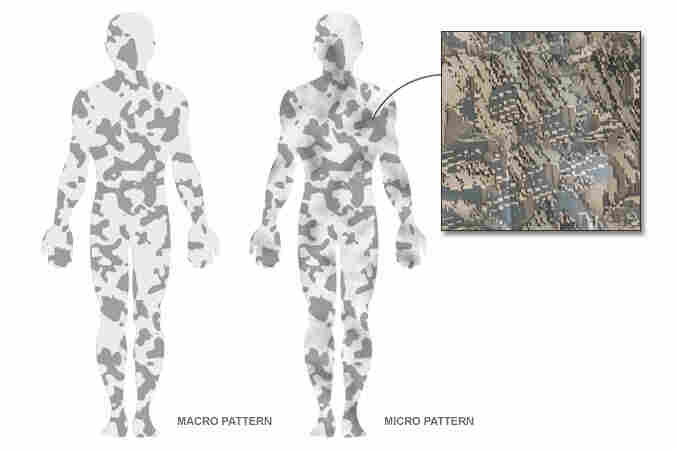 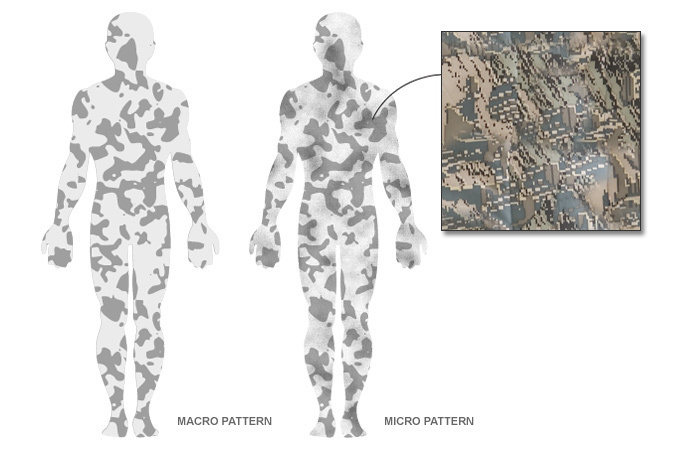 But Does It Work?

One could argue, of course, that hunters don't need Invisibility Cloaks when they've already got rifles, ammo, and scopes — but the more intriguing possibility is that these clothes may not give the hunter that much of an advantage.

Optifade hasn't been around that long. While I didn't find any bad reviews on-line (and the deer aren't talking, of course), there is reason to be skeptical. These camouflage techniques have a history. And that history is spotty.

A hundred years ago, around World War I, the French, British and American military experimented with camouflage techniques borrowed from nature. 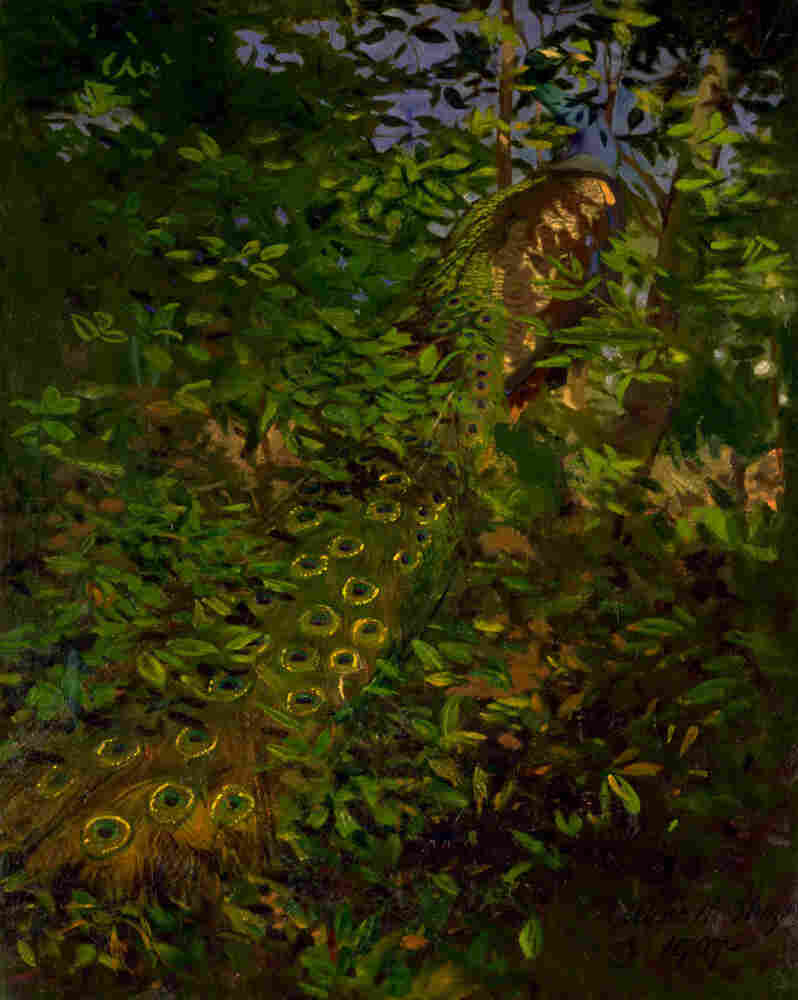 Peacock in the Woods by Abbott Handerson Thayer 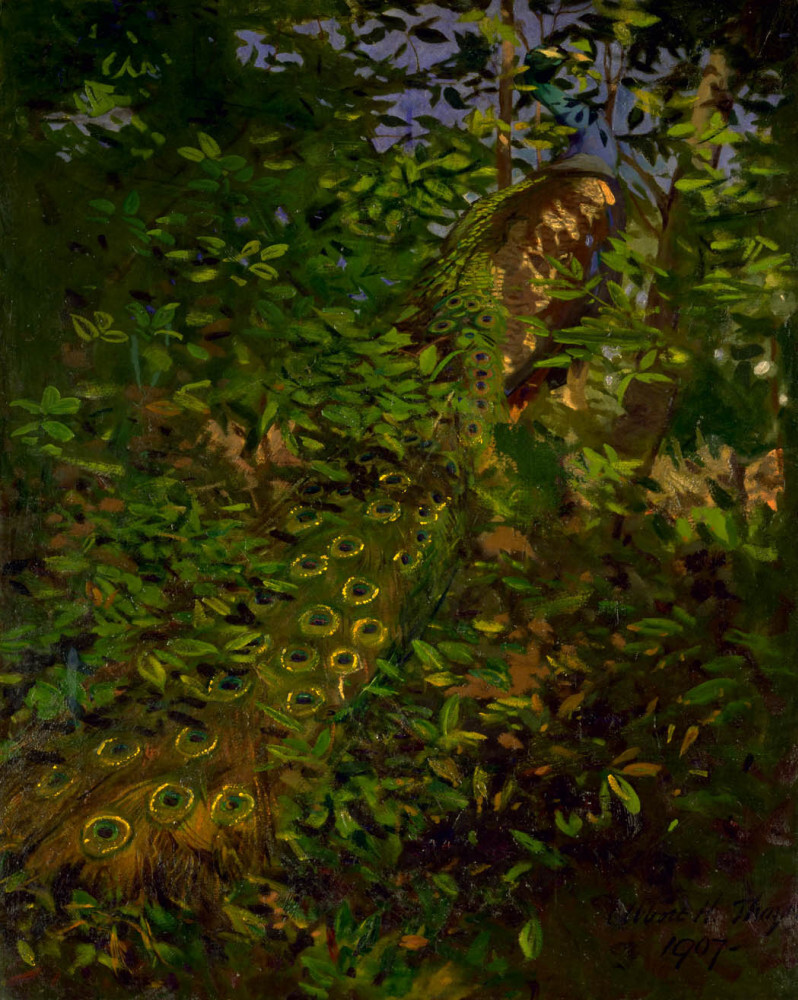 Peacock in the Woods by Abbott Handerson Thayer

Inspired by the work of artist Abbott Handerson Thayer, (can you find his "Peacock in the Woods"? There is one in there...) artists-in-uniform used pattern, color and then added sharp angles to break the silouettes of boats, cannons - hoping to make them disappear.

By the end of the war, 3,000 soldier/artists were using paint to hide things from the Germans.

In Britain, they tried painting ships. An artist named Norman Wilkinson, dubbed this "dazzle" painting. Boats were given abstract, angular, black and white zigzag skins, so from a distance, they didn't look like boats, and if they did, it was very hard to figure out front from back or which way the thing was going. 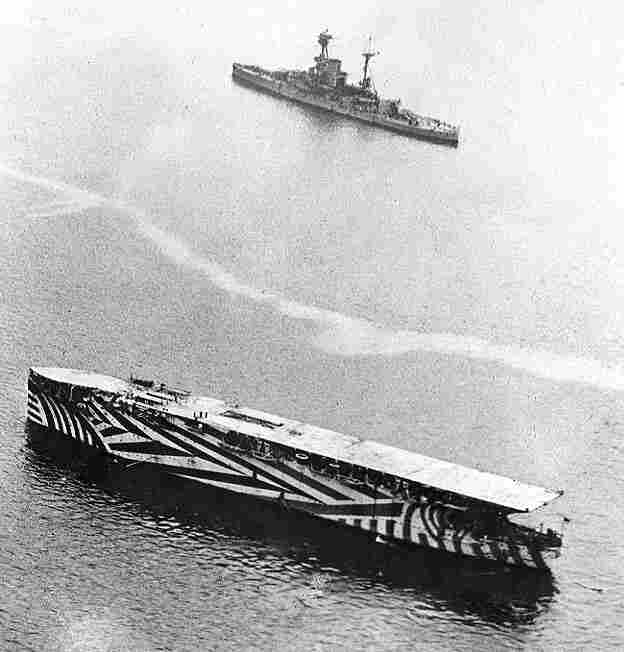 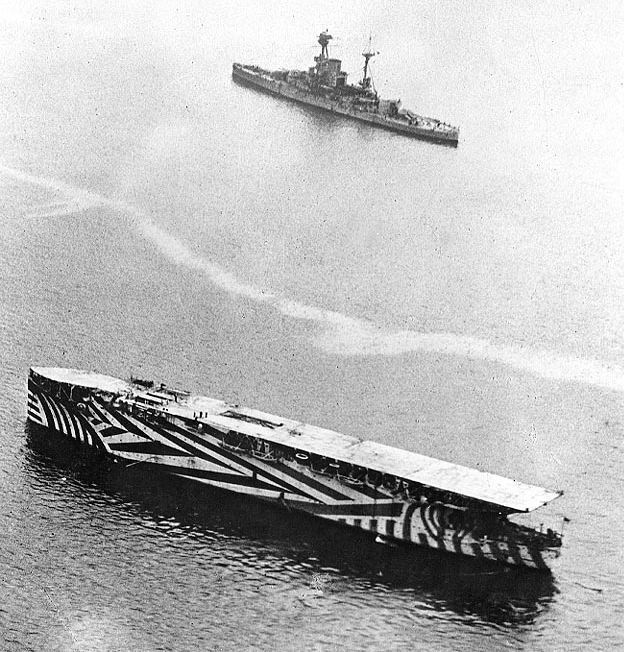 By the end of the war 1,200 American ships got the same treatment, nicknamed, "Jazz painting" or "razzle dazzle." 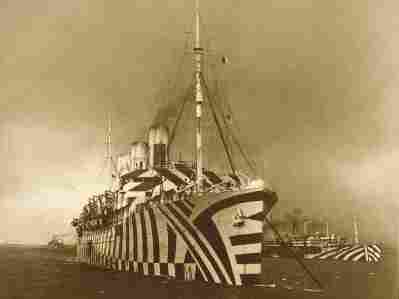 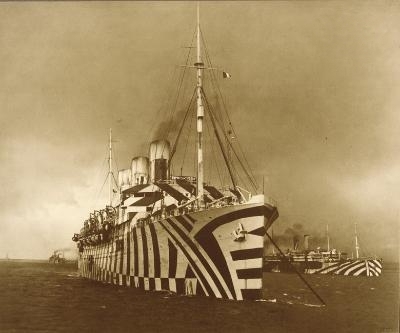 So why don't we still paint our ships like this? Why are modern battleships so often grey? What happened?

According to David Rothenberg at the New Jersey Institute of Technology:

In other words, British commanders decided that plain old grey ships didn't get much safer when they got dazzled. The Germans could see them, at least some of the time. We know this from the torpedoes they fired at ships they supposedly wouldn't see. 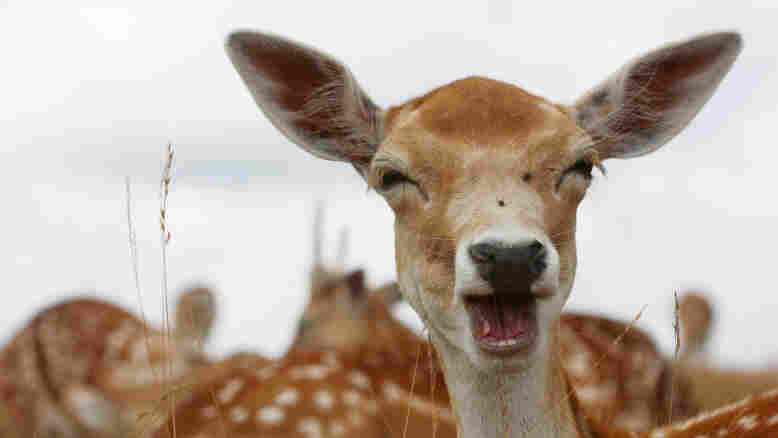 We don't get the same data from deer. They don't shoot back. They just leap and dash off. So we can't measure Optifade's performance as easily. But the dazzle design and the Optifade designs are similar enough in principle, that it just makes me wonder: Who are the real victims here? The deer being shot by invisible predators? Or the hunters who think they're invisible?

David Rothenberg considers the history of military camouflage (among many other things) in his new book, Survival of the Beautiful: Art, Science and Evolution (Bloomsbury Press, 2011).