Accessibility links
The Library Phantom Returns! : Krulwich Wonders... Ten were promised and 10 were found, but it's still an unsolved mystery: who's been leaving intricate paper sculptures across Edinburgh?

He? She? It? Whoever it is, the Phantom Sculptor is suddenly back! 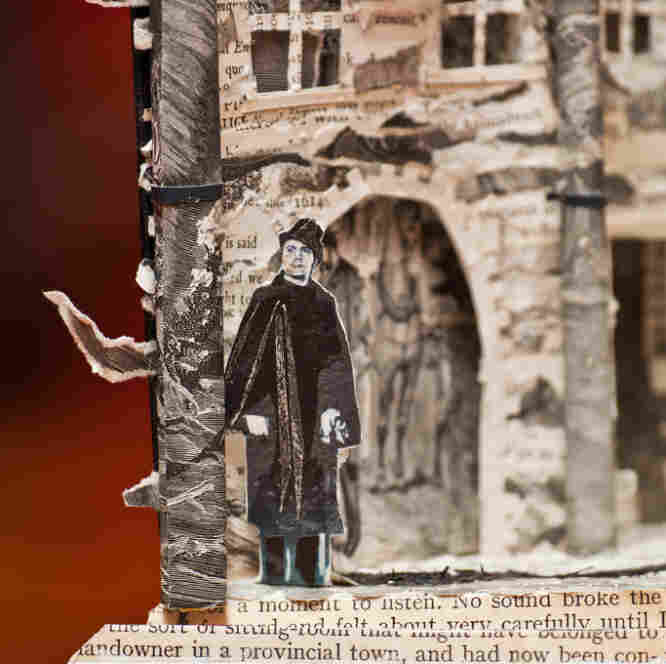 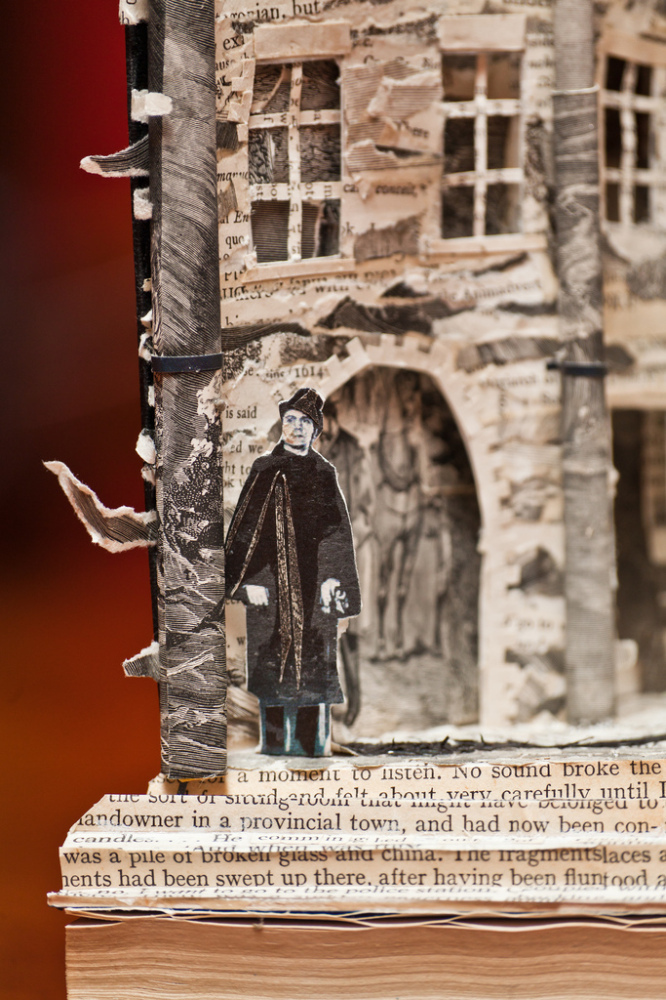 As I recently reported, somebody has been dropping glorious little paper sculptures into libraries and museums all over Edinburgh, Scotland, and we've just heard (thank you, alert reader Paul Smith) that there are now three more.

And they will be the last.

In mid-November, someone at the Scottish Poetry Library spotted a fresh, handwritten entry in the guest book, which said "I've left a little something for you," at the shelf marked "Women's Anthologies X."

When they went to check, there were three objects on the shelf. The first, a cap that could fit on a small head, was fashioned to look like a wren, head pointing forward, the back a puffed up haze of feathers. 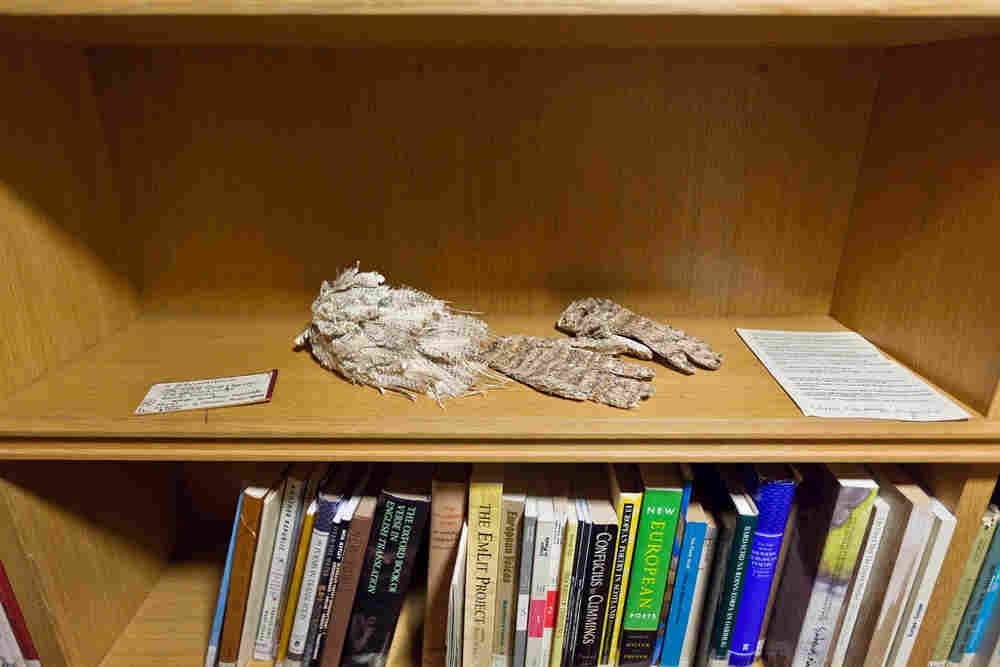 The feathers, as documented by photographer Chris Scott, are exquisitely fashioned. 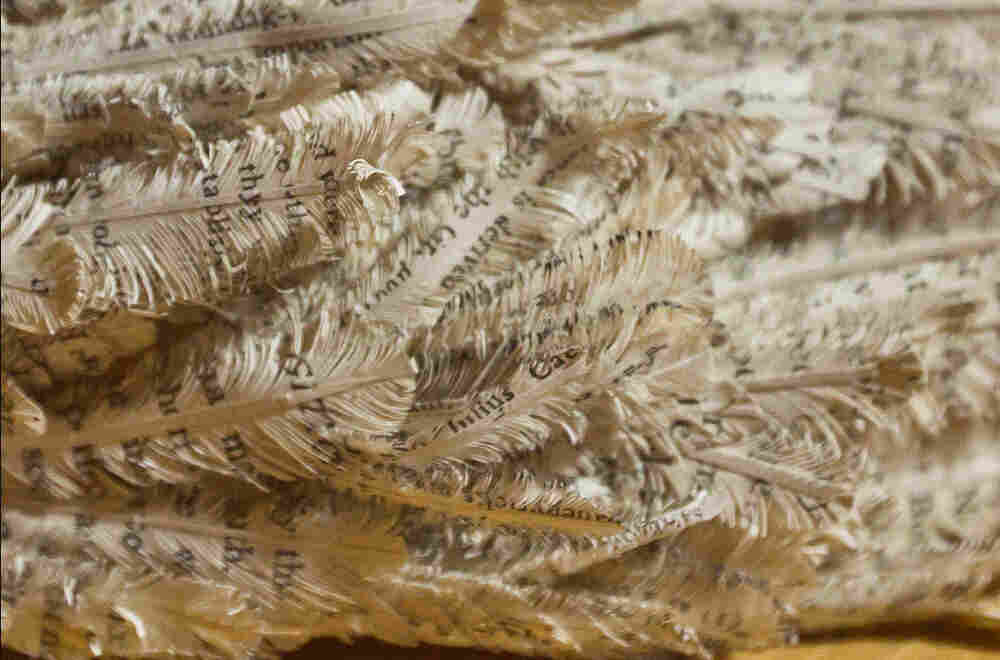 ...then alongside the cap, was a pair of gloves with the pale markings of a bumble bee 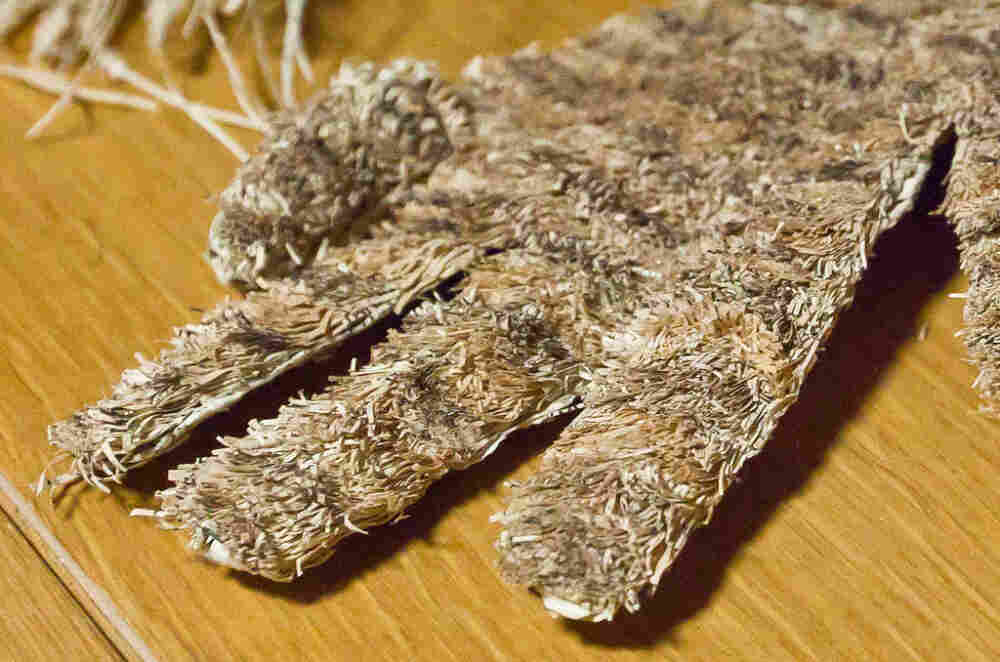 And, finally, alongside the cap and gloves, whoever it is that makes these things, left an explanatory note, which revealed first, that she is a woman, ("Some even thought it was a 'he'!...As if!"), that she is not, as many thought, an artist who specializes in sculpting books ("this was the first time"), that these sculptures were thank you gestures "in support of special places," and that she had no intention of revealing her identity and anyway, newspaper readers across Edinburgh were happy "not to know...which was the point, really." 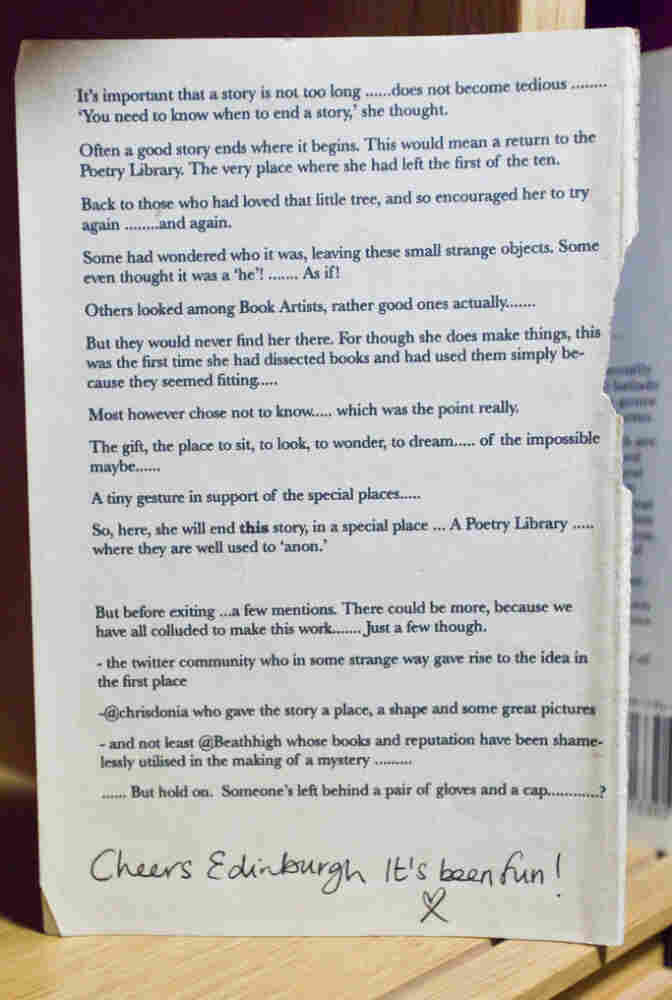 She also mentioned that this was the "last" sculpture she would do, the last of 10, and therefore it seemed only right to put it in the Poetry Library, where she had started.

Wait a second! Did she say 10? As of mid-November there had been 7 surprise sculptures found in Edinburgh. Counting the new one, that's 8. What happened to the other two? Had they been ignored, or worse, thrown away?

Everybody told everybody else to take a look...and, very quickly, (whew)...up they popped. Turns out the phantom had made a new deposit at the National Museum of Scotland. It was hard to notice at first, because viewed from the binding, this book had a suspicious little tail peeking through... 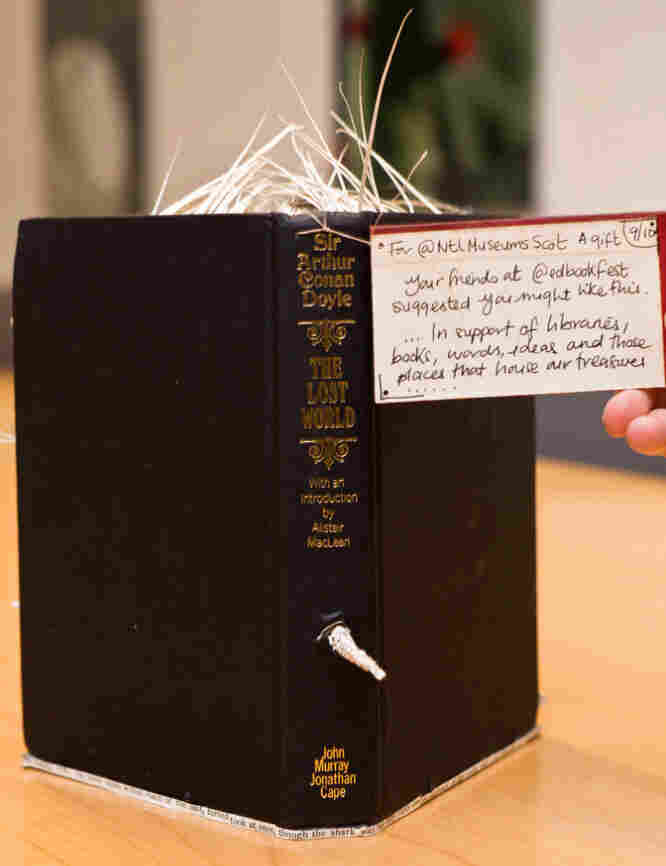 But when you turned it around, there, peeking out of pages was an adorably ferocious Tyrannosaurus rex. 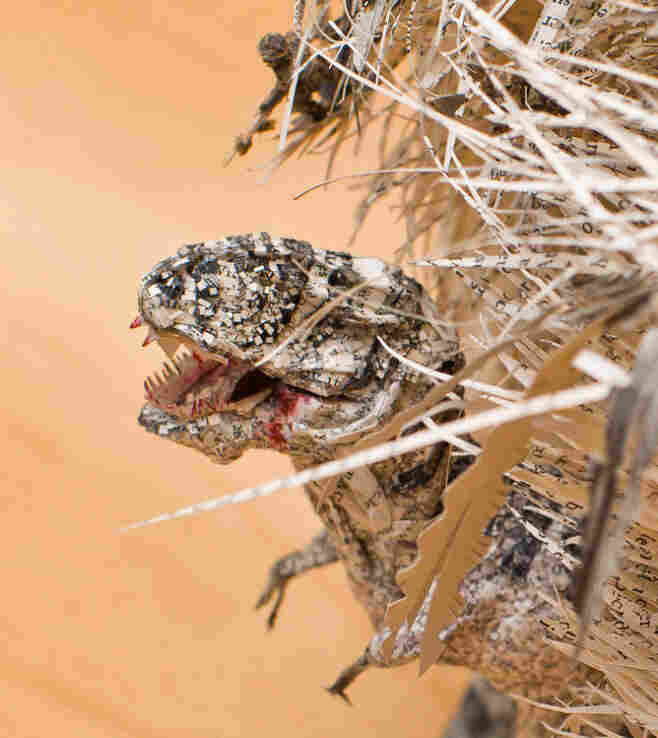 And over at the Writer's Museum — it's not clear how long it had been there — was a sculpture propped atop the donations box in the Robert Louis Stevenson room. It was a street scene, with birds, people, cobblestones, all under a dangling moon hanging in the sky. 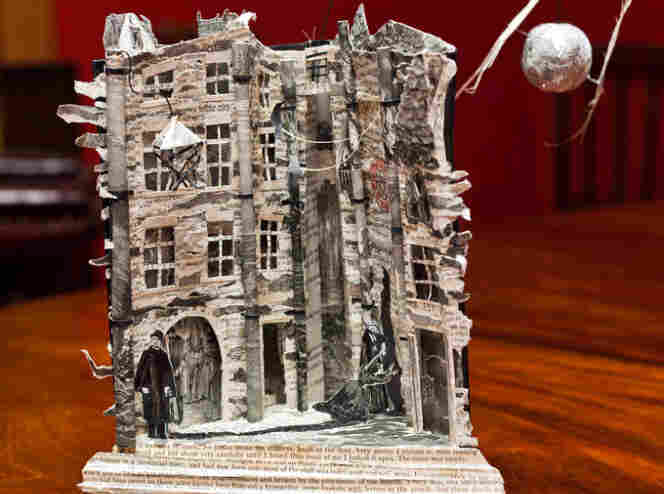 Ten gifts. All accounted for. And that, it seems, is the end of our story. Somebody who chose and whose neighbors chose to never identify spent the spring, summer and fall expressing her thanks for the continuing existence of libraries, museums and books in Scotland, "a tiny gesture," she called it.

Tiny, yes, but also, in its way, very grand.

For a picture-rich version of this tale, go to This is Central Station, an Edinburgh-based website that features many more photos (shared here, but they've got many more of them) from photographer Chris Scott.