Accessibility links
Of Bosons And Disappearing Spoons : Krulwich Wonders... What do the search for the Higgs boson and the discovery of gallium metal have in common? It's about what we humans do: We look, we think, we build models of what we imagine is out there.

Of Bosons And Disappearing Spoons

Of Bosons And Disappearing Spoons

This week, physicists in Geneva say they turned up evidence that something that they imagine exists might actually exist. It's called a Higgs boson, and for the moment it's a hypothetical particle. No one has ever seen one, but this week the scientists suggested, "We're not sure, but maybe we caught a glimpse."

Welcome to the wonderful world of theoretical science. 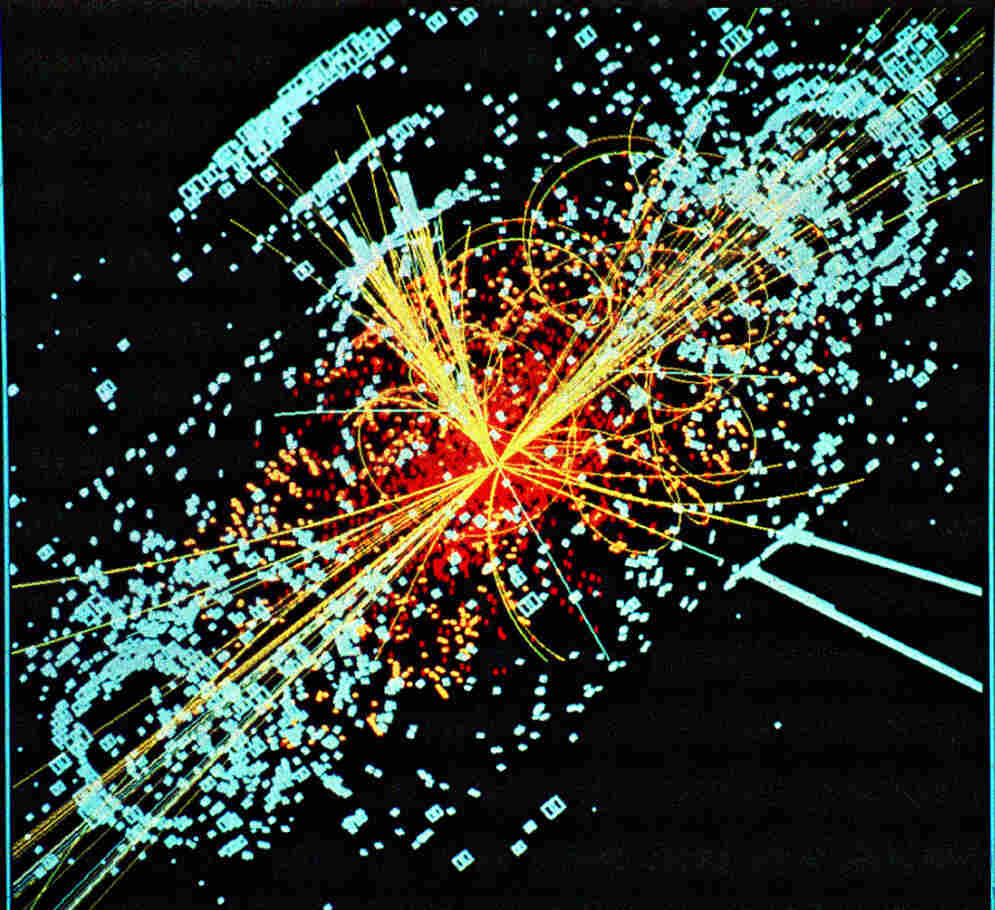 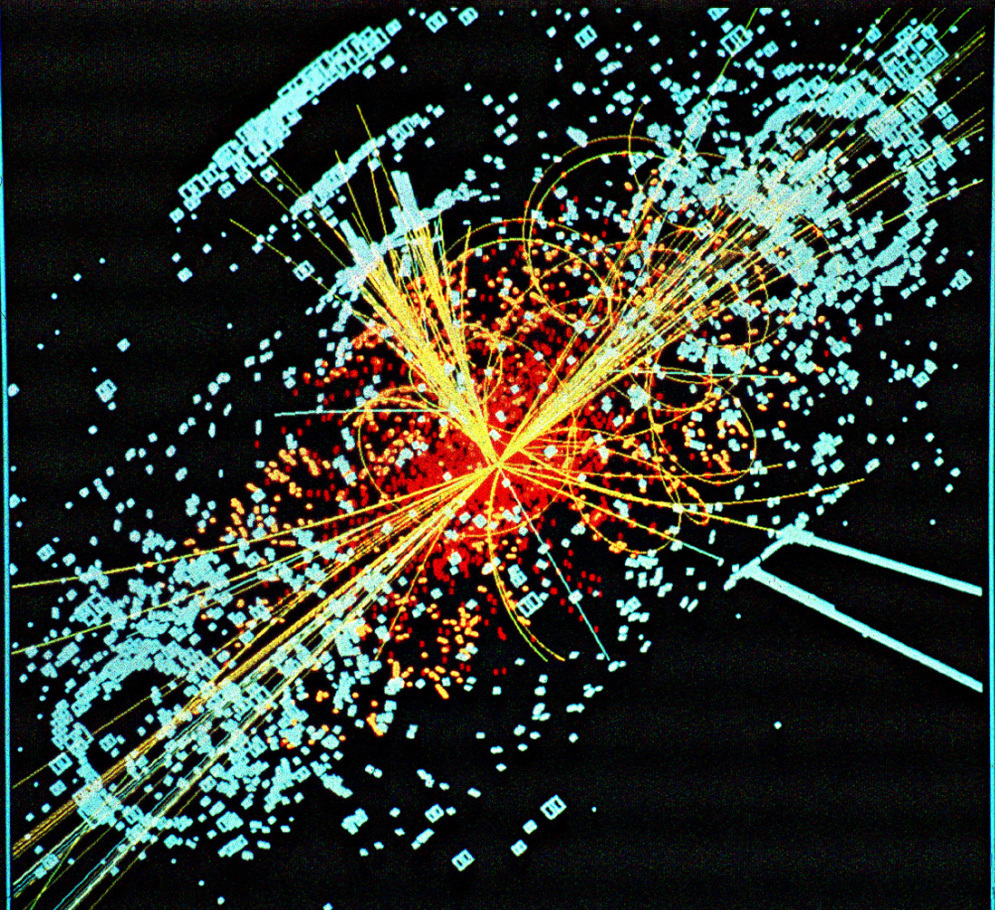 Fifty years ago, Peter Higgs (among others) conjured up a particle to explain how things "get their mass." (What? We don't know this? We don't know why a big thing has more heft than a little thing? Isn't this kind of fundamental? How could we not know this?)

Look And Ye Shall Find

Well, we don't. But Higgs & Company had a notion, which they worked out mathematically, and the equations told them, "Look for a massive elementary particle." If our explanation is right, it should be there. In the last sentence of his paper, Higgs said, if we can design the right experiment, I expect we will find "incomplete multiplets of scalar and vector bosons." I don't exactly know what that means, but Higgs just trusted the logic of his equations.

What a strange way to do business. Normal people don't say, "Logic tells me there's got to be a highway to Cleveland, so I'll gas up and go out and look for it. It's got to be there." (Though I have friends who sometimes behave this way...)

But in science, this happens all the time. And sometimes what the theorists imagine is exactly right. Here's a crazy example.

In the 1860s and '70s, one of the greatest chemists who ever lived, Dmitri Mendeleev, thought up a way to take all 62 of the metals and gasses known to exist and organize them by atomic weight into a table. We know it today as the Periodic Table of Elements. 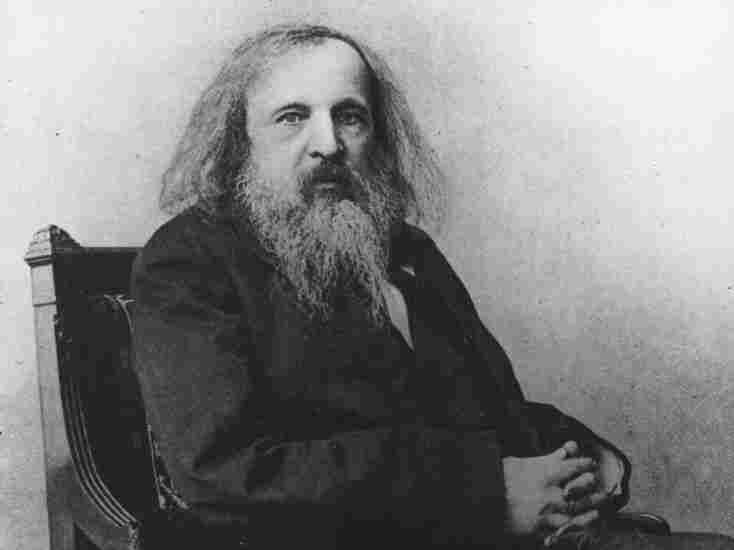 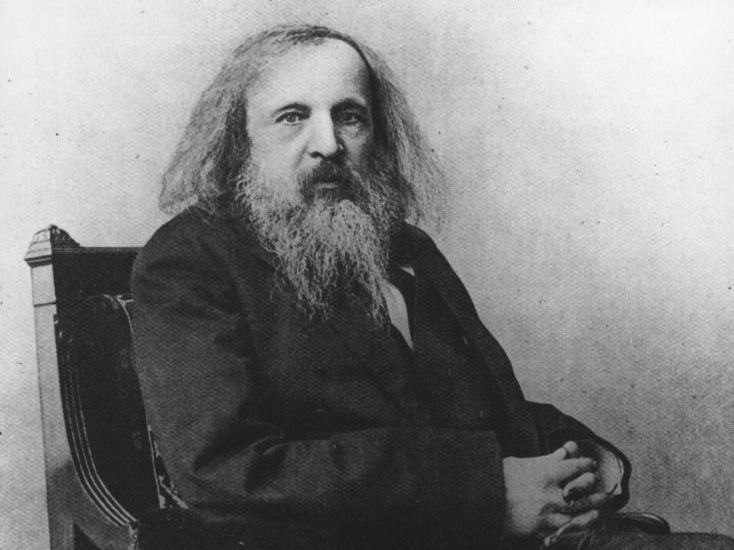 Mendeleev, says science writer Sam Kean, had "a deep, deep knowledge of how elements felt and smelled and reacted," and he was so confident of his system that when there were gaps, when there was no known gas or metal where the table said there should be, Mendeleev said, in effect, "Oh, they are there. Look harder, you'll find them."

In the 1870s Mendeleev pointed to a place on his table and predicted "in this spot, there will be a metal that closely resembles aluminum." Mendeleev was cocky; he even described this "eka"-aluminum's density and atomic weight.

Then, only a few years later, a French surgeon with the amazingly long name Paul Emile Francois Lecoq de Boisbaudran was looking at a bit of metal under a spectrascope and found a light pattern he'd never seen before. It was, it turned out, a new element that indeed behaved much like aluminum, and had a silvery color. And it slipped smack into the spot assigned to it by Mendeleev.

This metal, which Lecoq de Boisbaudran called gallium, after Gallia, the Latin name for France, had a strange quality. You could hold it in your hand, and because it melts at 84 degrees Fahrenheit, and your body is roughly 98 degrees, it will turn into a puddle right in your palm.

One way to totally frighten your dinner guests (and prankster chemists still do this) is you get some gallium, fashion it into what looks like a silver spoon, and you give it to your guest along with a hot cup of tea. When the guest dips the spoon in the tea, OH MY GOD — WHAT DID I DO!, the spoon literally disappears. It just dissolves. You've got to see this ...

If That's What You Found, You're Wrong!

So that's how gallium became an official element. But here's the best part. When Mendeleev read Lecoq de Boisbaudran's paper, he looked at the fine print, at the data which described gallium as weighing such and so, with a density of this and that, and with amazing audacity, Mendeleev said, "There must be some mistake. I predicted a different weight and density, and if this is what you found, you must be wrong!"

Imagine being the guy who spent two years purifying, weighing, measuring the first-ever hunk of gallium in a lab and being told by some Russian who'd never touched the stuff that you got it all wrong. Lecoq de Boisbaudran was furious, insulted, but, of course, he checked, and the weird thing is, once again, Mendeleev was right!

Lecoq de Boisbaudran retracted his data and republished along the lines predicted by Mendeleev.

This is what humans sometimes do: They look, they think, they build models of what they imagine is out there, they do this in their heads and on blackboards, and sometimes they get it exactly right. So right, that they can tell the discovers what they discovered.

I don't know if Peter Higgs is going to be right about his boson, but hey, sometimes, it happens.

Radiolab regular Sam Kean's account of Mendeleev's gallium controversy is described in his book The Disappearing Spoon And Other true Tales of Madness, Love and the History of the World from the Periodic Table of Elements (Little Brown & Co. 2010). Sam has a new book coming next summer; it's about what we've learned in the 10 years after the human genome project.