Accessibility links
How Short Can A Very Short Story Be? : Krulwich Wonders... One of the most famous short, short stories is Hemingway's: For sale: baby shoes, never worn. But what about stories that are meant to be seen, like images that force you backward and forward in time?

How Short Can A Very Short Story Be?

How Short Can A Very Short Story Be?

The other day, a book arrived here called The Tiny Book Of Tiny Stories and I thought, "Oooh, how tiny will they be?" Very short stories can get very, very short and still be good. The most famous example (supposedly written by Ernest Hemingway) draws a little sigh with only six words; it's a sales ad.

Nobody has been able to beat that one, at least nobody I've read, so I quickly opened this new collection and found an anthology of teeny tales. They come from people all over the world, who sent them to a website created by Jared Geller and actor Joseph Gordon Levitt (who you may remember dragging bodies through a corridor in the movie "Inception").

Their book has some beauties. My favorite, which made me laugh, goes like this:

King Midas often
Wondered what would happen
If he touched himself.

At eleven words (and slightly R-rated at that) it's a cliffhanger. Carbon based life forms don't do well as precious metal.

But I've seen stories that are way richer, and much, much shorter, if we're counting words. They use no words at all.

You know these stories. They are photographs, made to be seen. Take, for example, this famous and glorious tale of bravery, where the hero steps into the scene from where, no one knows, intending what, we can only imagine, with consequences we will never know. 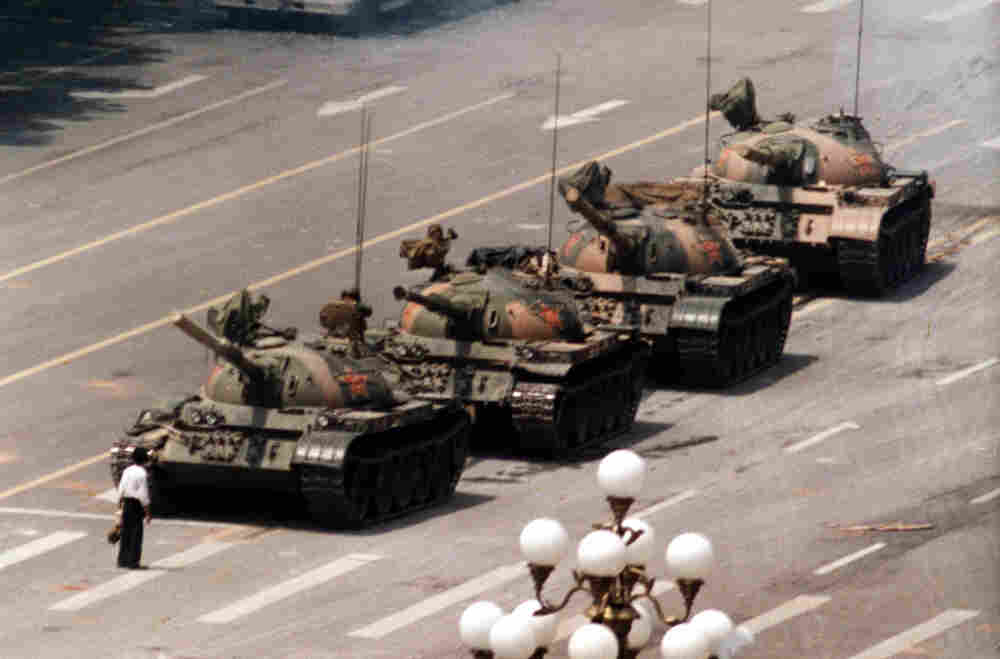 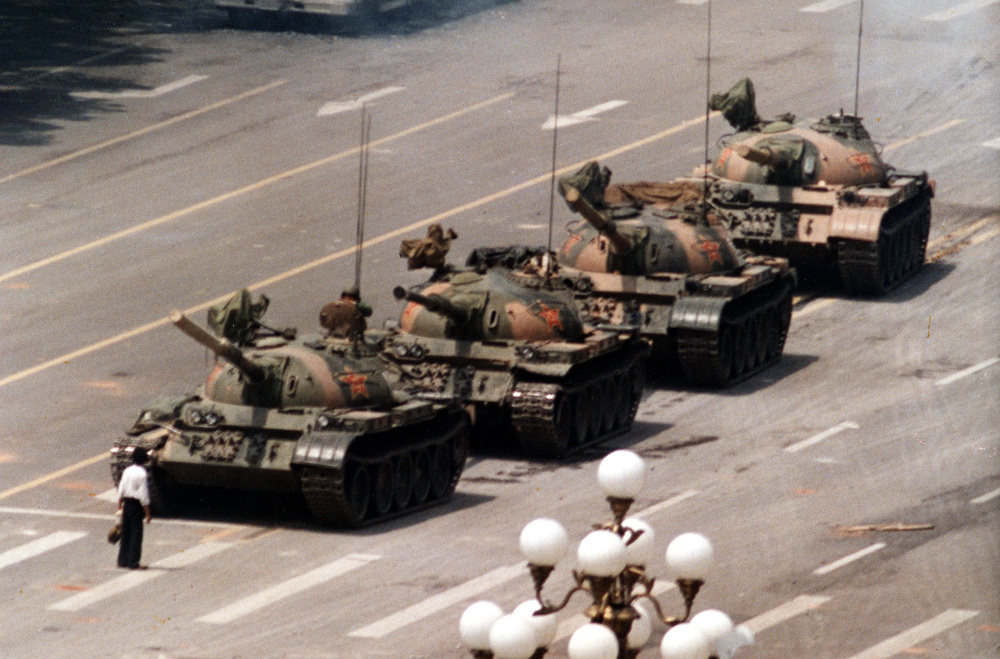 Or how about this? A magical moment, where you learn something new about the universe, something small but wonderful. 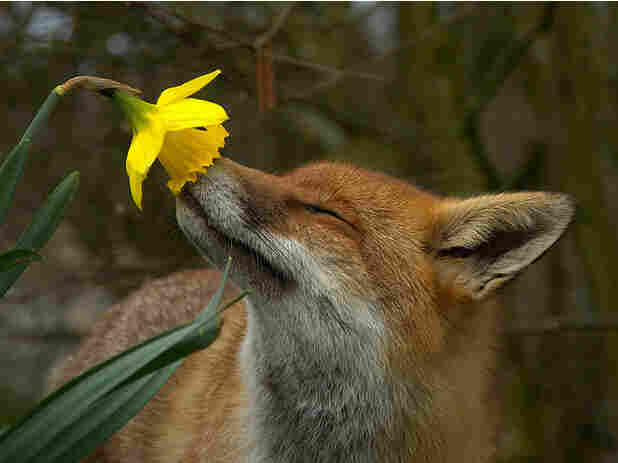 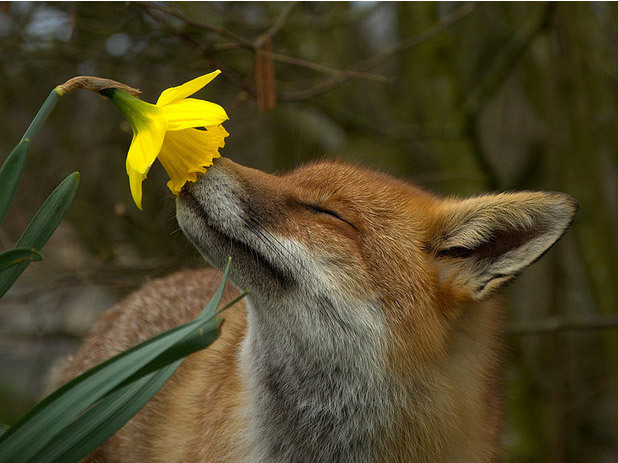 But if I had to choose, this one, which has nobody in it, only a bicycle and the trace of somebody missing, is the one that surpasses Hemingway for simple eloquence. It is titled, "Sarajevo," and it was shot by the American photographer Annie Leibovitz. There's a story behind it, and I'll tell it in a footnote below, but when you look, you don't have to know the details to sense the scream that still hangs in the air. 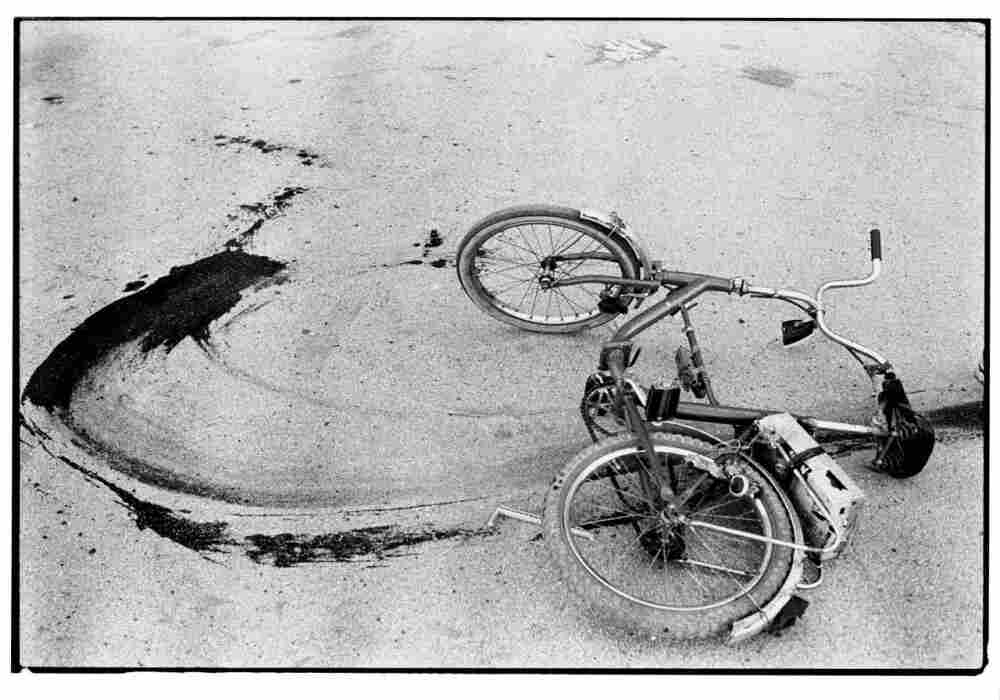 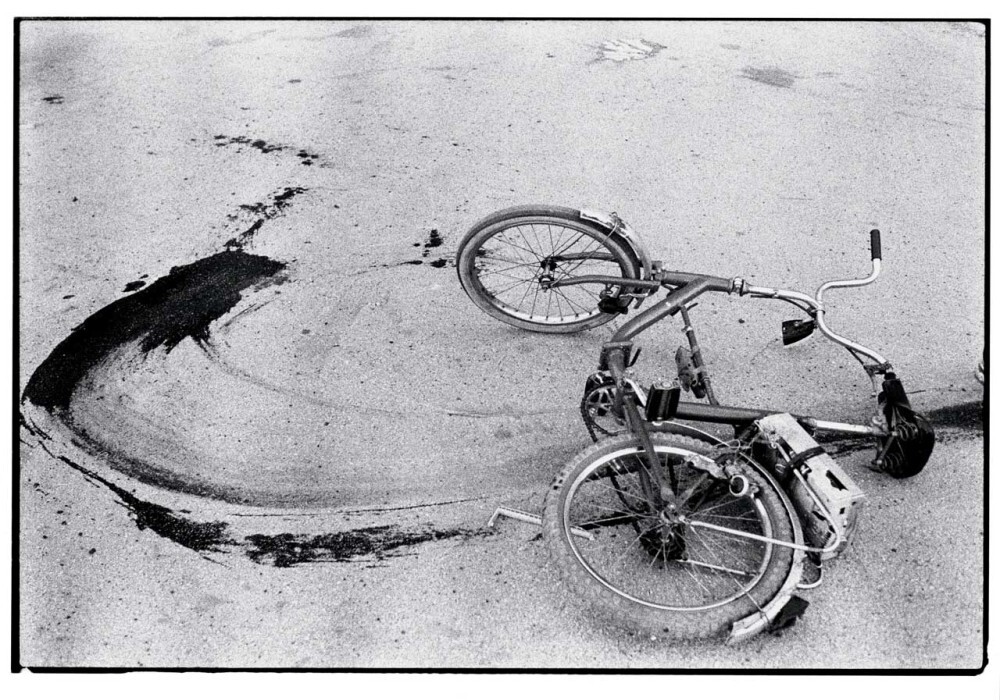 Would you call this a short story? It was created in one glance, one snap. Yes, it seeps backwards (what happened?) and forwards (where is the child?) in time, but the tale, if you hold it in your hand, is very simple. All it says is... "Look at this."

Joseph Gordon-Levitt has already published two Tiny Books of Tiny Stories (It Books, Harper Collins, 2011). The story of King Midas comes from Volume 1. If you want to see or send in a story, their website is here.

Here's the back story on Annie Leibovitz's photo. Annie was in Yugoslavia on her way back from photographing the just-crowned "Miss Besieged Sarajevo" in 1993 when someone fired a mortar not too far ahead of her car. "It hit a teenage boy on a bike," she wrote in her memoir At Work (Random House, 2008) "and ripped a big hole in his back. We put him in the car and rushed him to the hospital, but he died on the way."