Accessibility links
Let's Weigh The Internet (Or Maybe Let's Not) : Krulwich Wonders... An e-mail tips the scales at about "two-ten thousandths of a quadrillionth of an ounce." But what the Internet is doesn't matter; what it carries, that matters. Ideas aren't like chairs or tables. They have their own physics. They make their own weight.

Let's Weigh The Internet (Or Maybe Let's Not)

Let's Weigh The Internet (Or Maybe Let's Not)

It's an odd question, but the answer is startling.

A few years ago, a physicist named Russell Seitz asked himself, "How much does the Internet weigh?" By which he meant, how much does the whole thing, this vast interlocking web of content pulsing through 75 to 100 million servers staggered all over the world, what's its total weight?

The Internet is not something I would ever think to weigh. It's like weighing a radio program. Why bother?

But Seitz did the math, and discovered that while the Internet sucks up gobs and gobs of energy, something like "50,000,000 horsepower," if you put it on a scale, it does have a weight. The whole thing, he says, weighs "two ounces."

Seitz says it weighs about as much as a fat strawberry. Others, recalculating, say the Internet's even lighter, more like a teeny grain of salt. 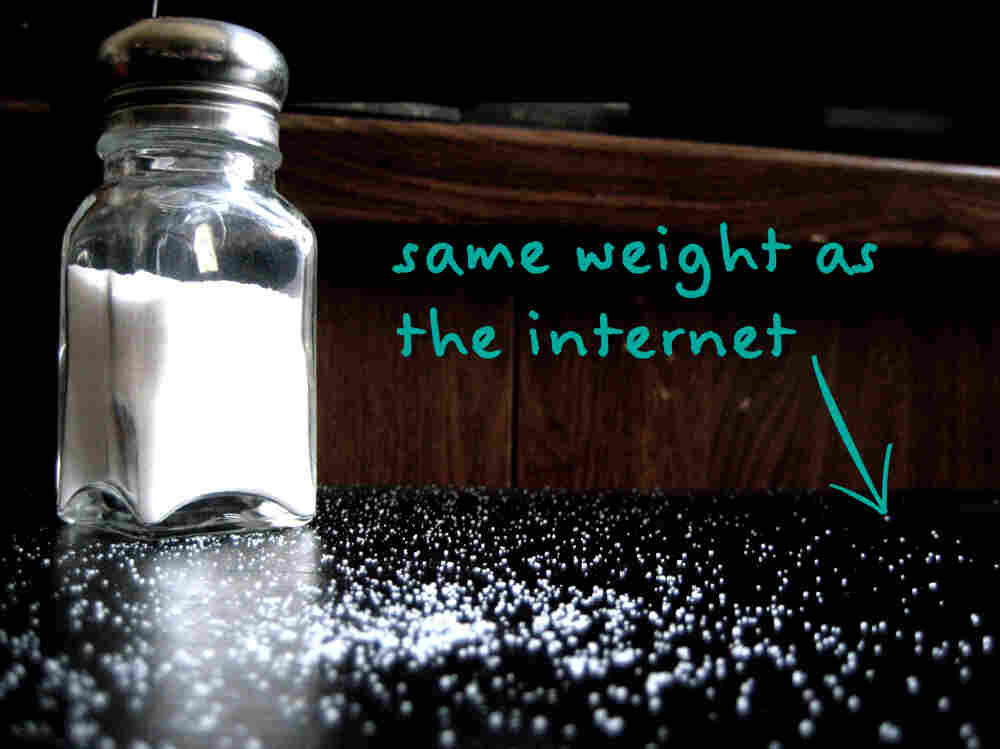 How could something so huge in our lives weigh so little?

The answer is the Internet runs on electrons. That's how the information is stored. And electrons are very, small. But they do have mass. Einstein taught us that. So it's possible to take all the energy (E) powering the internet and, using Einstein's equation, (E=mc2) turn that energy into something we can weigh.

And it turns out a lot of energy doesn't weigh very much. [See my footnote for the mathematical details.] Consider, for example, an email message.

How Much Does An Email Weigh?

Make it an ordinary email (50 kb) like the one you wrote to a friend today. According to a new video from vsauce making the rounds, to store a typical email takes about 8 billion electrons.

Eight billion sounds like big number, but put them on a scale, and they weigh only about "two ten thousandths of a quadrillionth of an ounce."

One Email = 'Two Ten Thousanths Of A Quadrillionth Of An Ounce'

Well, if we weigh everything -- all five million terabytes of information, what do we get?

Again, not a lot: About 0.2 millionths of an ounce.

Minus the servers, information on the Internet is practically weightless.

And yet, does weight matter? Not really. Look what weightlessness can do.

When those electrons produce an image of a young woman lying shot in the street in downtown Tehran, shot by a sniper, falling to the ground, dead, that picture may weigh next to nothing, but the hundreds of thousands of people who see it are altered, literally changed, by what they've seen. 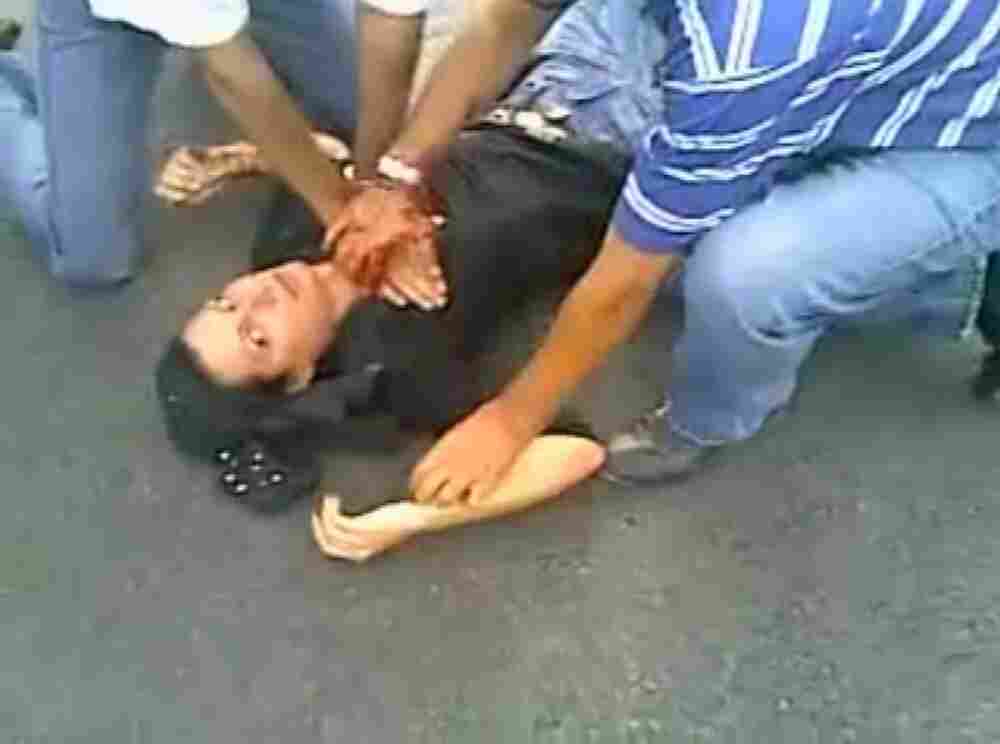 That photo creates a flood of electricity in their heads, altering brain cells, which sprout new dendrites that spit infinitesimally small chemicals from cell to cell, so now that woman in Tehran is locked in memory, etched into all those brains.

This happened not just to the image from Teheran, but also that picture of that cop in California zapping kids with pepper spray, to Moammar Gadhafi surrendering, to women being stripped an beaten in Cairo's Tahrir Square, to all those folks challenging Putin in Moscow.

Once things are seen and shared, people react, people gather, people march, people fight, and sometimes figures of enormous weight, a Gadhafi, a Mubarak, even a Putin can be toppled, or shaken.

And the electrons that make that happen, what if their weight is 0.0000000000000000001 grams? So what? You can weigh the Internet till you are blue in the face, but the grams won't tell you anything important.

The Internet connects people. What it is doesn't matter. What it carries, that matters. Ideas aren't like chairs or tables. They have their own physics. They make their own weight.

So the Internet weighs about as much as a strawberry? It can still stop tanks.

Michael Stevens, the narrator on the vsauce video, "How Much Does the Internet Weigh?" goes through some of the math. Russell Seitz, on his website, Adamant, offers this quick calculation:

A statistically rough (one sigma) estimate might be 75-100 million servers @ ~350-550 watts each. Call it Forty Billion Watts or ~ 40 GW. Silicon logic runs at three volts or so, and as the electron's mass is 9.1 x ten to the minus 31 grams, an Ampere is some ten to the eighteenth electrons a second, and the average chip runs at a Gigaher[t]z, fairly straightforward calculation reveals that some 50 grams of electrons in motion make up the Internet. [50 g = roughly 2 ounces.]

There was also a pretty fine analysis by Stephen Cass at Discover, which doubles as a tutorial on how information moves through the Internet.