Accessibility links
Flying Robots Build A Tower Near Paris : Krulwich Wonders... Robots will create new job opportunities in computing, repair and policing. Of course it will be years, maybe generations before they can do what high-rise construction workers do. Something seemingly outlandish just 10 years ago is suddenly demonstrably possible. 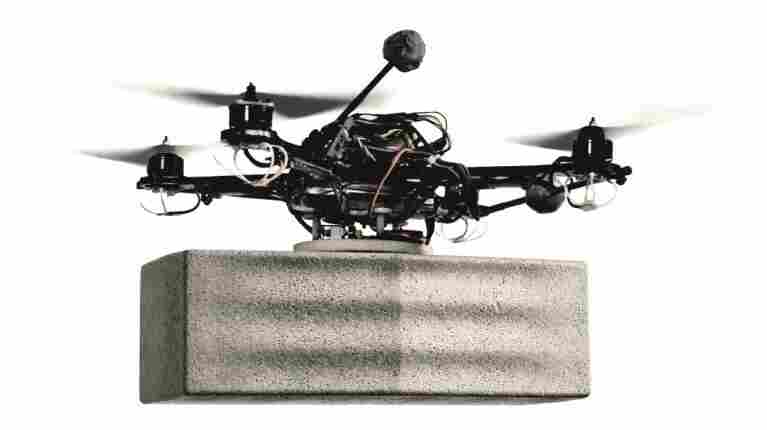 Gramazio & Kohler and Raffaello D'Andrea in cooperation with ETH Zurich

As humans (none of them, I presume, in the construction trades) applauded and gaped, four helicopterish thingies swooped through the air, somehow avoiding each other, and one by one, settled on some "brick dispensers." Using small plungers they then plucked one brick at a time, carried each to the "building site" and slowly created a wall. It took a few days, but what emerged is a twisting, undulating tower, designed by Swiss architects Fabio Gramazio and Matthias Kohler. 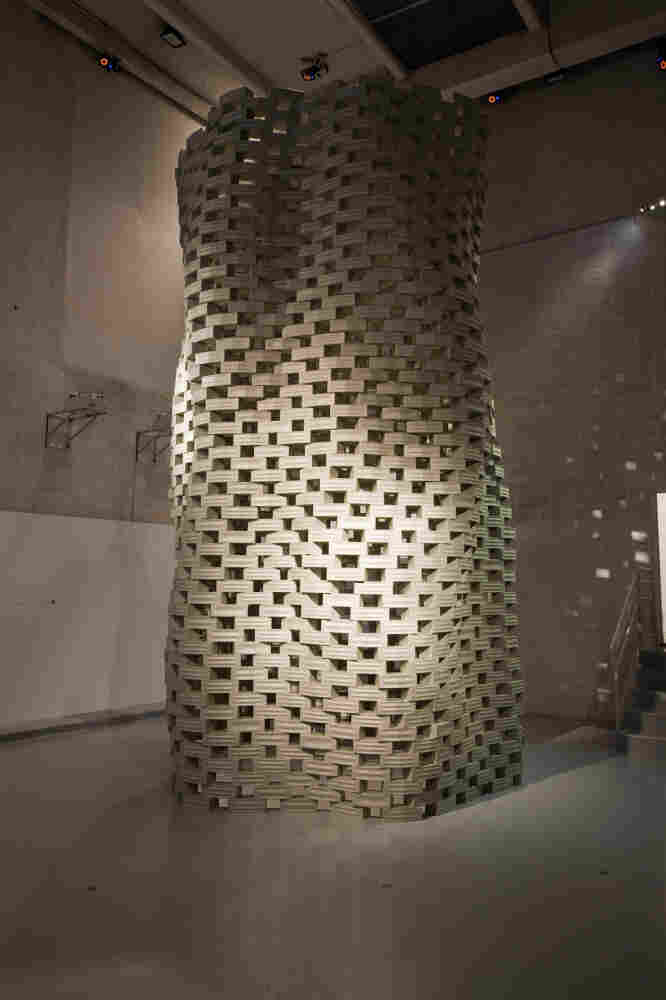 As best I can tell, though the air was buzzing with brick-bearing bots, there were no unhappy accidents (the bricks weren't heavy anyway, they were polystyrene foam). Whenever a robot's batteries ran low, it would automatically plug itself into a charger, while other bots took its place.

"This," said roboticist Raffaello D'Andrea, is the "first installation to be built by flying machines." The whole scene was pretty surreal. Here's what it looked like.

The ceiling of the room where the assembly is taking place was equipped with a motion-capture system. A computer uses the vision data to keep track of the quadcopters and tell them where to go — the same approach used at ETH's Flying Machine Arena

If you want to know how the robots avoided collisions, how the bricks got glued together, how the design was transmitted to the bots, details can be found here, but what got to me is how astonishing, beautiful technologies keep arriving with the promise of doing things differently, and increasingly, without us.

Maybe (probably?) robots will create new job opportunities in computing, repair, policing and who knows what else, and of course it will be years, maybe generations before they can do what high-rise construction workers do. Still, something I would have called outlandish just ten years ago, (maybe even 10 minutes ago) is suddenly, demonstrably possible.

Don't Stop. It Gets Crazier

And, of course, as soon as I got interested in "brick swarming", (as this technology is called by architects), something even more outlandish and even more beautiful popped up.

Yoon H. Kim and Yang-Kyu Han, two architects in Seoul, Korea have proposed a high-rise construction project to be built by "bees". Not ordinary bees. That would be too tame. They think they could do it with robot bees, like this guy: 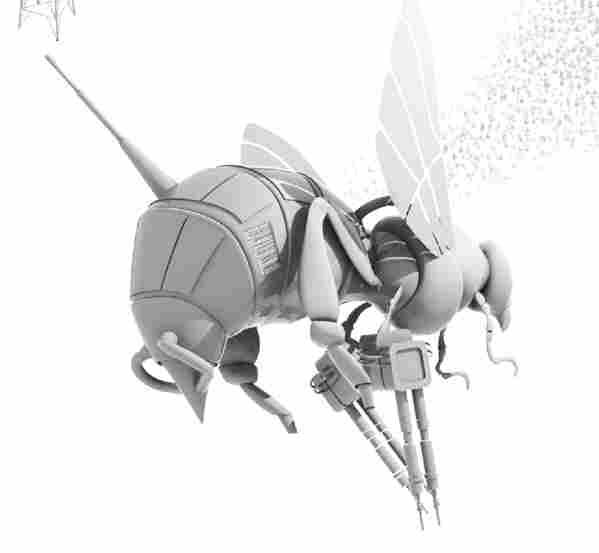 How would this work? Writing in eVolo, an architecture magazine, Danielle Del Sol says, "These bees aren't interested in honey: these workers will actually build a structure. Each robot is capable of using cartridges filled with agents that enable them to construct literal physical material, which the designers dub "augmented synthetic material."

I have no idea what that means. Maybe a cloud of bees will swarm into the sky and squirt a building into being. That can't be. More likely, these bees will create subtle textures on a building's surface that regulate heat, transmit information. They will build these systems in small dabs, requiring hundreds of thousands of construction bees. This sounds like crazy-talk, but then I saw the Korean version of what a construction site would look like and I thought, "Oh my god!" 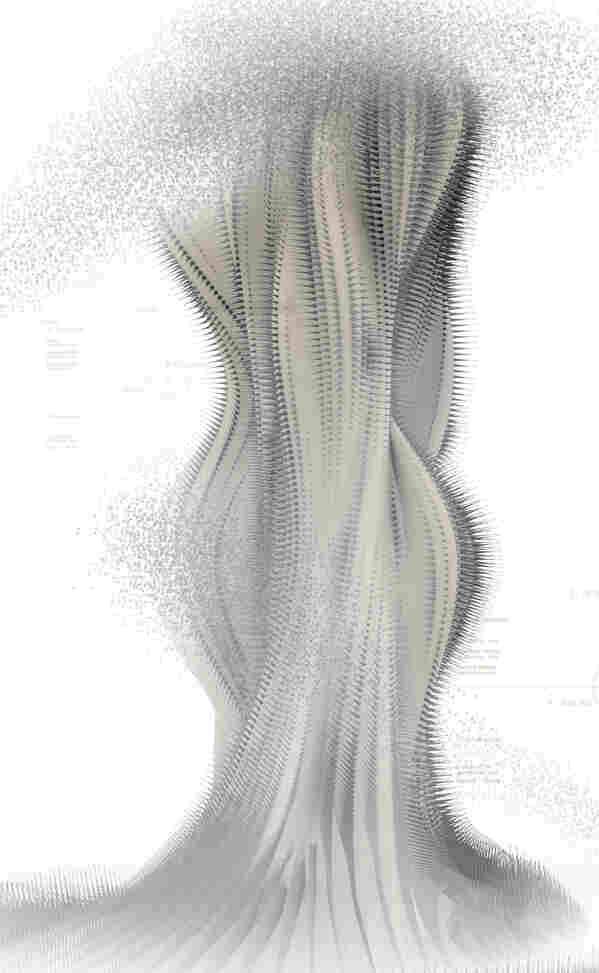 Imagine walking down a street and seeing something like this on a city lot, or looking out from your high rise window into a cloud of swarming bots, what a sight!

Flying robotic construction clouds are increasingly being discussed in academia, so who knows, maybe one day all of us will have the "benefit" of high tech helpers and this blog will be typed by flying fingerbots, sent to a keyboard by pulses from my brain.

I'm OK with that, but my fingers, I don't think they'll be happy. What are they supposed to do when I'm writing in my head? For years and years, they've had all this exercise, writing, erasing, writing, erasing. The day they invent a thumbot will be a sad, sad day for my thumb.

For a darker view of robotic construction clouds, see Geoff Manaugh's essays on his brilliant BLDGBLOG where he asks:

...who might first pick up on and directly invest in this construction process (the field exploration wings of transnational oil-services firms? forward-operating base commanders of the 22nd-century U.S. military? rogue GSD students self-supported by a family trust fund?)