Accessibility links
The Pirate Botanist Returns! : Krulwich Wonders... In the 17th century, finding plants and animals new to Europeans was a rough, ferociously competitive business. There were fortunes to be made — money enough to attract outlaws. Including William Dampier, a naturalist and real rough-and-tumble vagabond of the sea. 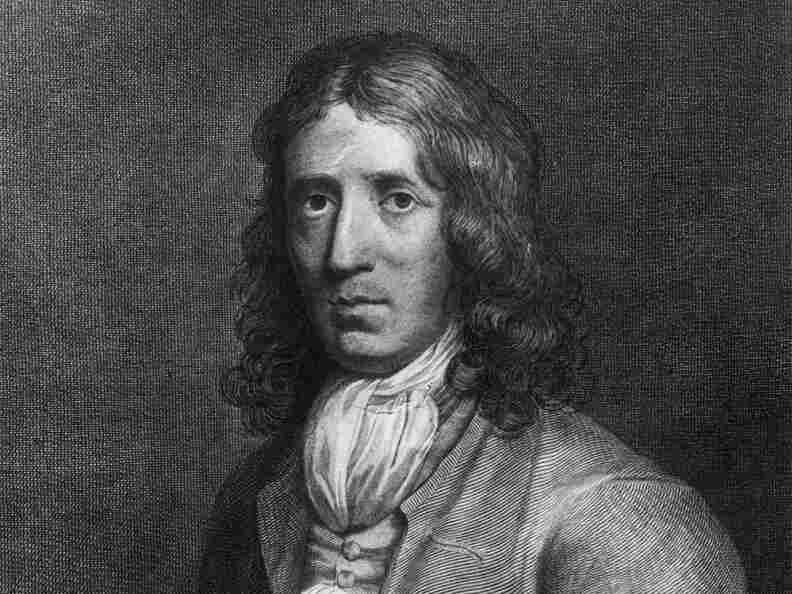 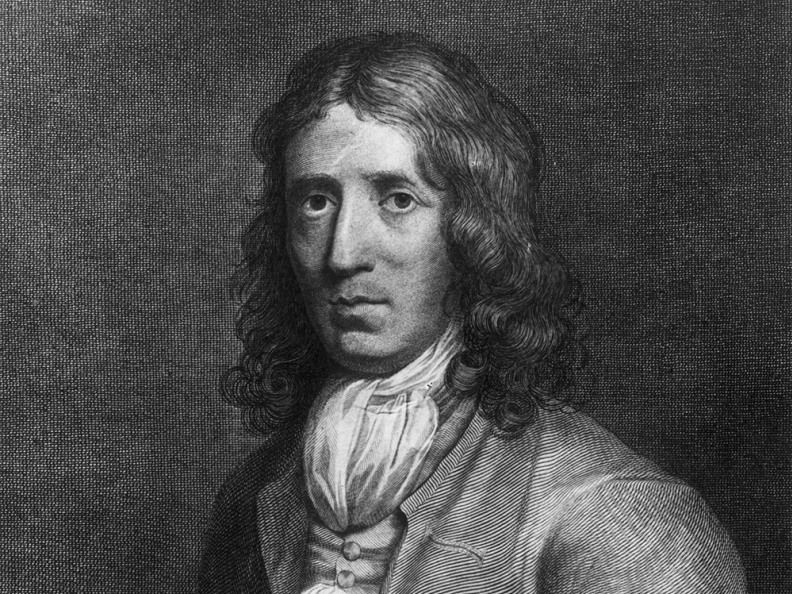 He was, as you can see here, a large nosed, lean, keen-eyed man whose image still hangs in Great Britain's national portrait gallery, alongside kings, writers, warriors and other great personages. Which is odd, because he was a pirate.

Not a gentleman pirate. William Dampier was a doubloon-stealing, knife-flashing, boat-nabbing outlaw who preyed on Spanish frigates, who pillaged, robbed and behaved very, very badly.

But he was also a great naturalist, one of the 17th century's best; a man who collected plants and animals and wrote about them during short breaks between piratical adventures. 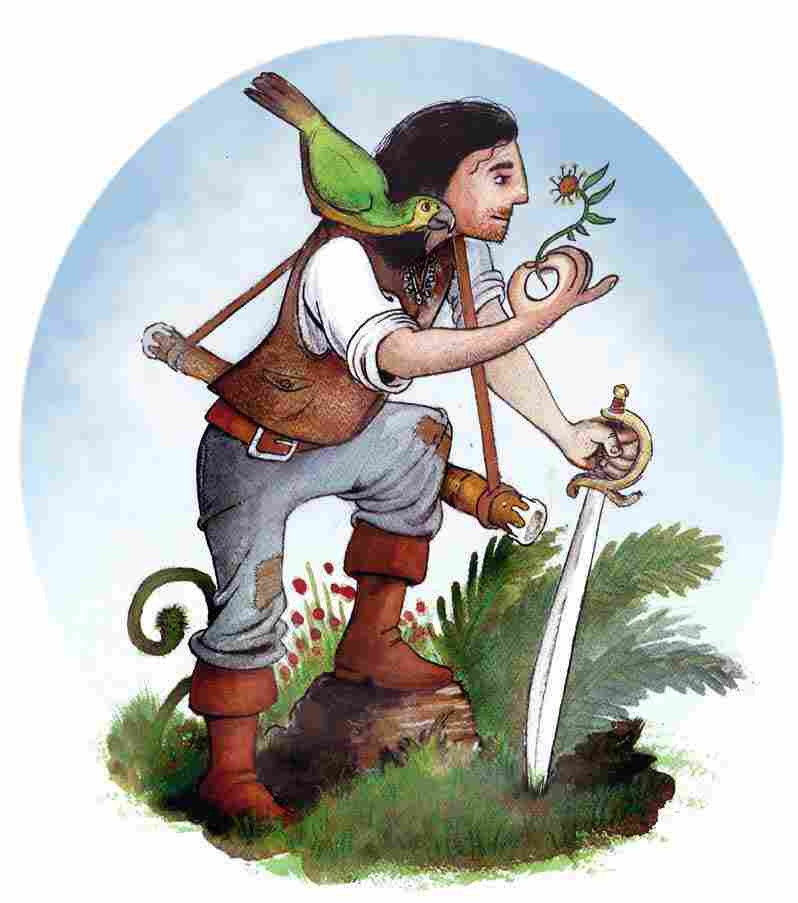 The pirate who loved plants. That's like learning Tony Soprano had a side business collecting beetles. But in the 17th century, finding plants and animals new to Europeans was a rough, ferociously competitive business. There were fortunes to be made, money enough to attract outlaws, slavers, men who crisscrossed the world for years at a time.

And because the work was so dangerous, they didn't always come back. A.M. Martin, in an article called "The Perils of Plant Collecting," lists these notable plant hunter-explorers and how they died. It isn't pretty.

How They Died And When

Plant explorers, their pathologies, and ages at death

Source: "The Perils of Plant Collecting" by A.M. Martin (PDF) (With some deletions by Robert Krulwich.)

Dampier, as it happens, died in bed. But he had his uh-oh moments. In 1630, desperately hungry and thirsty, he walked into a Vietnamese village. A bunch of peasants were gathered around tables piled high with gravy-covered pork, vegetables and other temptations, and, assuming it was a local holiday, he helped himself to a little meat. It was not a holiday. It was somebody's funeral. He had just desecrated the ceremony and barely escaped with his life.

Another time, on a pirate ship in the Pacific, food supplies got so low, the crew decided they might have to punish the commanders by — should things get worse — eating one of them. Dampier worried he might be on the menu, but to console himself, he noted he was on the "lean" side, while the pirate captain, Charles Swan, was "lusty and fleshy." Nobody said anything, but when the ship made port in Guam and the crew was fed, the captain turned to Dampier and said, "Ah, Dampier, you would have made them but a poor meal." At least that's what Dampier wrote. 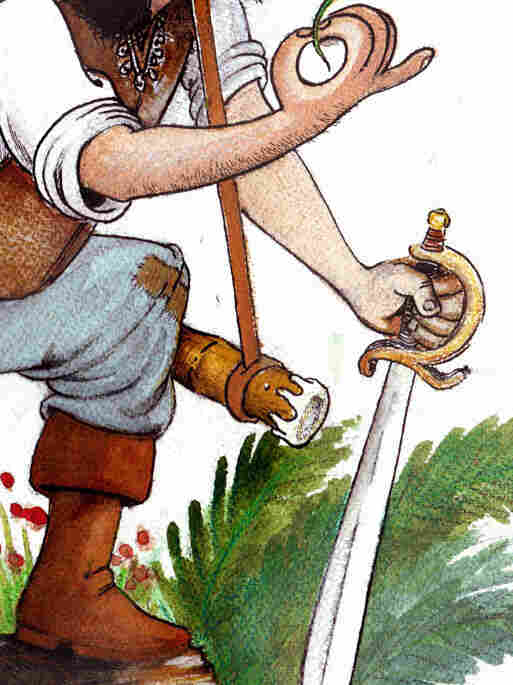 He did write well. So well, his stories became bestsellers in London. He was welcomed to Britain's Royal Society, where he lectured, hobnobbed with famous intellectuals, and his descriptions of new plants and animals are so frequently cited by Charles Darwin (writing 120 years later) that Darwin gave him a nickname, "old Dampier," as in my pal, my teacher. He was that important.

And that serious about science. One time, on his way to attack Panama City (then later to make off with a Spanish ship), Dampier found himself in the jungle, surrounded by fast-moving water. Worried that his biological samples and his notes would be ruined if he fell in, he made himself a waterproof carrying case out of ...

... a large Joint of Bamboo, which I stopt at both ends, closing it with Wax, so as to keep out any Water. In this I preserved my Journal and other Writings from being wet, tho' I was often forced to swim.

Dampier's plants and animals, some of them anyway, can still be found at collections at Oxford.

You would think that this man would still be well known, that the romance of Johnny Depp dashing across the Caribbean (Dampier dashed there too), swinging onto Spanish ships, making mischief, would only enhance his memory. But who these days has ever heard of William Dampier? Though he was quoted, praised and celebrated for 200 years, today he's a ghost.

His fans (and there are a few) say his reputation offended 19th century eminent Victorians who wouldn't honor a low-life pirate — certainly not for scientific accomplishment. So he was blackballed, his achievements systematically ignored.

This may be changing. He's just gotten a new biography and his field notes are mentioned in a new Harvard anthology. But, for me, reading his narratives, there's something in his presumption, his derring-do, his showmanship, that feels contemporary, almost familiar. 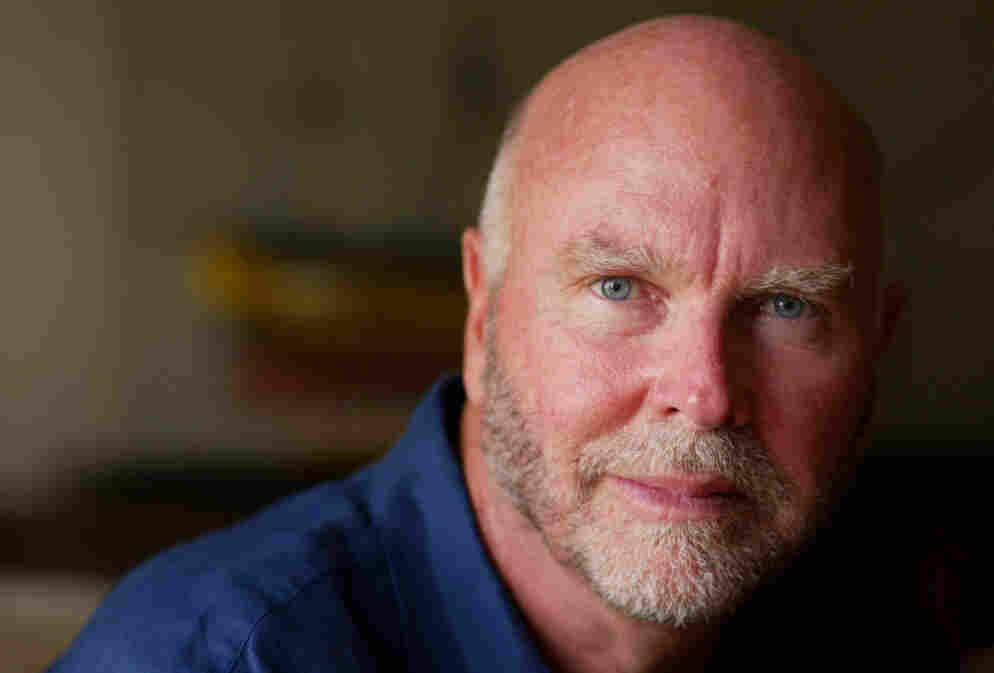 I don't know if you know about Venter. He pushed the government to speed up its sequence of the human genome, he founded Celera Genomics, pioneers synthetic life, sails on the fastest, souped-up, badass boats available, has traveled all seven seas hunting for new life forms in the ocean, and hopes to parlay his findings into a great fortune. He also loves biology and is good at it, so good he's Nobel-class, (or at least hires Nobel-class associates) and he's nobody's fool and as obnoxious as William Dampier ever was. He is hoping to be the first to create artificial life, life from non-life. There is something dangerous about Venter; he may deliver marvels or get us in deep trouble — I don't know. But there is nothing modest about the man.

That doesn't make Craig Venter a pirate. He doesn't pillage. He hasn't frozen to death, or been poisoned by snakes — at least not yet. But there is a crazy, entrepreneurial, make-it-happen quality to his work that seems just a little bit ... how shall I put this ... piratical.

We may be returning to an era that could be called "Dampierian."

Our pirate illustrations come from Benjamin Arthur, who pillages regularly near San Francisco, when he's not contributing to this blog and making art. And speaking of things artful, Radiolab, the NPR-distributed show I do with Jad Abumrad, will be doing a live show in Miami, not too far from William Dampier's Caribbean stomping grounds.

We will be at the Fillmore Jackie Gleason theater, on stage February 1, telling a bunch of stories we're calling "In the Dark" — featuring comedian Demetri Martin, live scoring from Thao Nguyen, and a troupe of mind-blowing dancer athletes. If you live near, I hope you'll come by.