Accessibility links
Two Deaths: A Poet And A Beetle : Krulwich Wonders... Poet Wislawa Szymborska had an eye for the smallest, the gentlest, the hard-to-notice creatures on Earth and this week she bid them all adieu. Krulwich remembers Wislawa Szymborska.

Two Deaths: A Poet And A Beetle

Two Deaths: A Poet And A Beetle 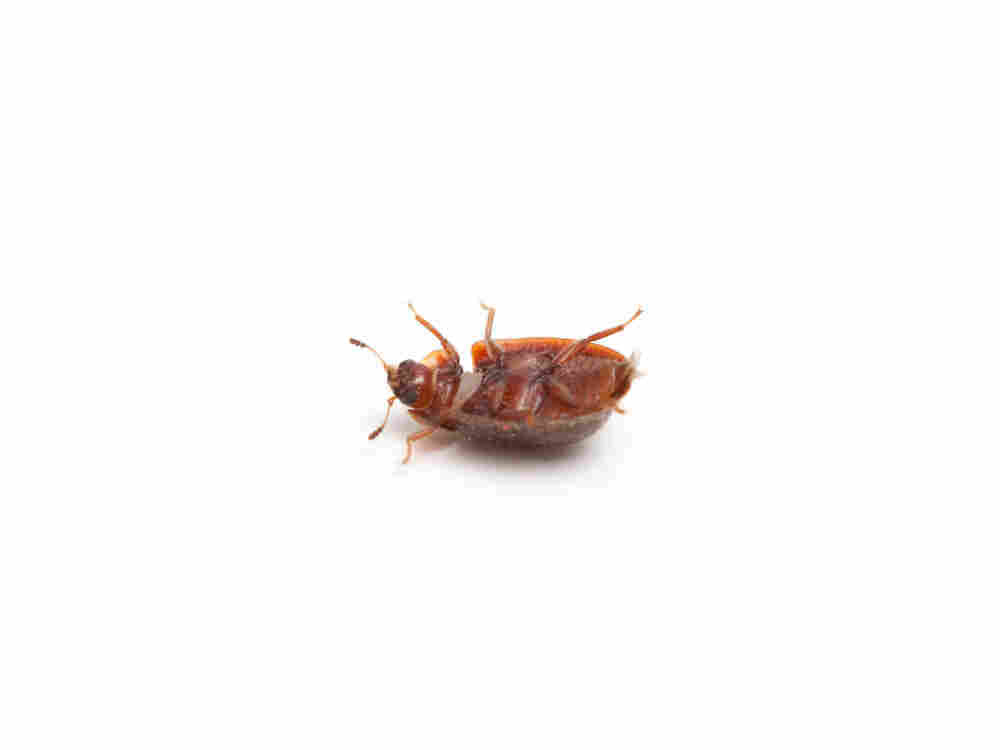 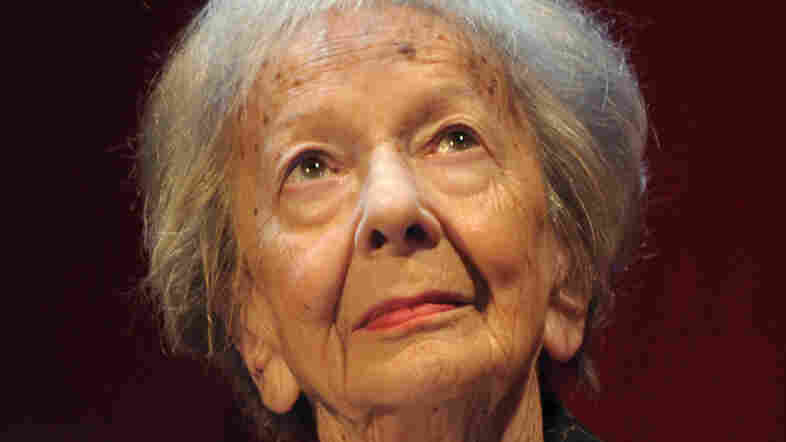 She'd wake up like we do, look out the window just like us, rummage through her days, but somehow what caught her attention — a grasshopper's hop, an infant's fingernails, plankton, a snowflake — when Wislawa Szymborska noticed something, she noticed it so well, her gaze reshaped the thing she saw, gave it a dignity, a vividness.

She was a poet and she died this week. She was, the obits say, a modest woman. When she won the Nobel Prize for literature, she was so discombobulated by the attention, she stopped writing poetry for awhile, until the world settled down and she could be ignored again. She needed the quiet to notice the astonishing, quiet things we might see every day, if we only had her eyes.

She had eyes for modest creatures. One time, she was wandering down a path — in my imagination it's a dirt path through a field somewhere in Poland where she lived. She looks down, and there, lying on its back, sits a beetle. It is dead. Nobody notices. Which is the point:

A dead beetle lies on the path through the field.
Three pairs of legs folded neatly on its belly.
Instead of death's confusion, tidiness and order.
The horror of this sight is moderate,
its scope is strictly local, from the wheat grass to the mint.
The grief is quarantined.
The sky is blue.

To preserve our peace of mind, animals die
more shallowly: they aren't deceased, they're dead.
They leave behind, we'd like to think, less feeling and less world,
departing, we suppose, from a stage less tragic.
Their meek souls never haunt us in the dark,
they know their place,
they show respect.

And so the dead beetle on the path
lies unmourned and shining in the sun.
One glance at it will do for meditation --
clearly nothing much has happened to it.
Important matters are reserved for us,
for our life and our death, a death
that always claims the right of way.

Wislawa Szymborska's passing is as precious as that beetle's. No more. No less. She taught us about weight in the world. We all have it. Every last one of us.

"Seen from Above" from Poems New and Collected: 1957-1997 by Wisława Szymborska. English translation copyright © 1998 by Harcourt, Inc. Used by permission of Houghton Mifflin Harcourt Publishing Company. All rights reserved.