Accessibility links
Are You Related To King Charlemagne? : Krulwich Wonders... If you count your direct ancestors backward through time, the further back you go, the more ancestors you have. But when you do the numbers, something queer happens.

Are You Related To King Charlemagne?

Are You Related To King Charlemagne? 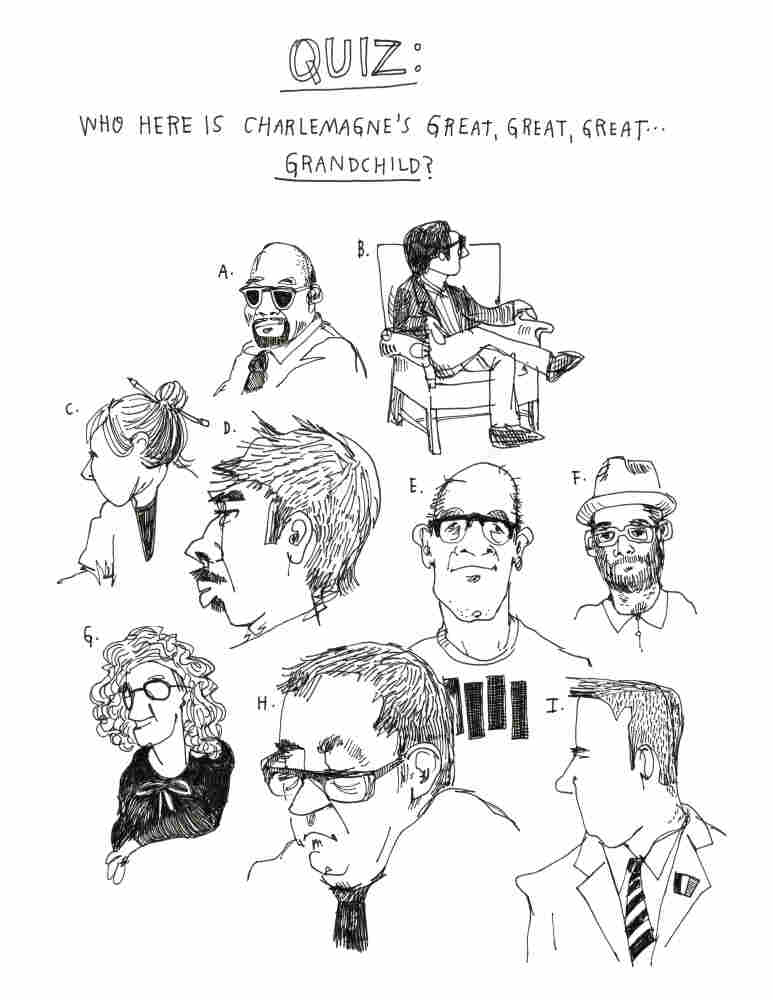 The answer is at the bottom of this post. But first, a story.

It's from my friend Jack Hitt, who says that when he was 17 he was fascinated by ancestors. In particular, his own. He wondered if he was descended from a king, maybe a Founding Father. Anybody who's a Somebody would be good. He was looking for fabulousness.

His mother sent him to a cousin. The cousin was an amateur genealogist. And she started working her way backward up Jack's family tree and discovered — oh my God — that Jack is a direct descendant of Charlemagne, the great medieval king of France. And when she said straight, she meant it: Jack is 48 generations straight down, a direct descendant of the king!

Jack was thrilled. But then, he went to college. (Where so many things take on a different aspect.) As he tells the story in a new book, Bunch of Amateurs, to be released this spring, one day he is sitting in a calculus class that's about factoring large numbers, and the teacher says he wants to demonstrate something called "Pedigree Collapse."

"Pedigree Collapse" is something great-great-grandsons of Charlemagne don't want to experience.

The teacher says if you count your direct ancestors backward through time, the further back you go, obviously, the more ancestors you have. But when you do the numbers, something queer happens. 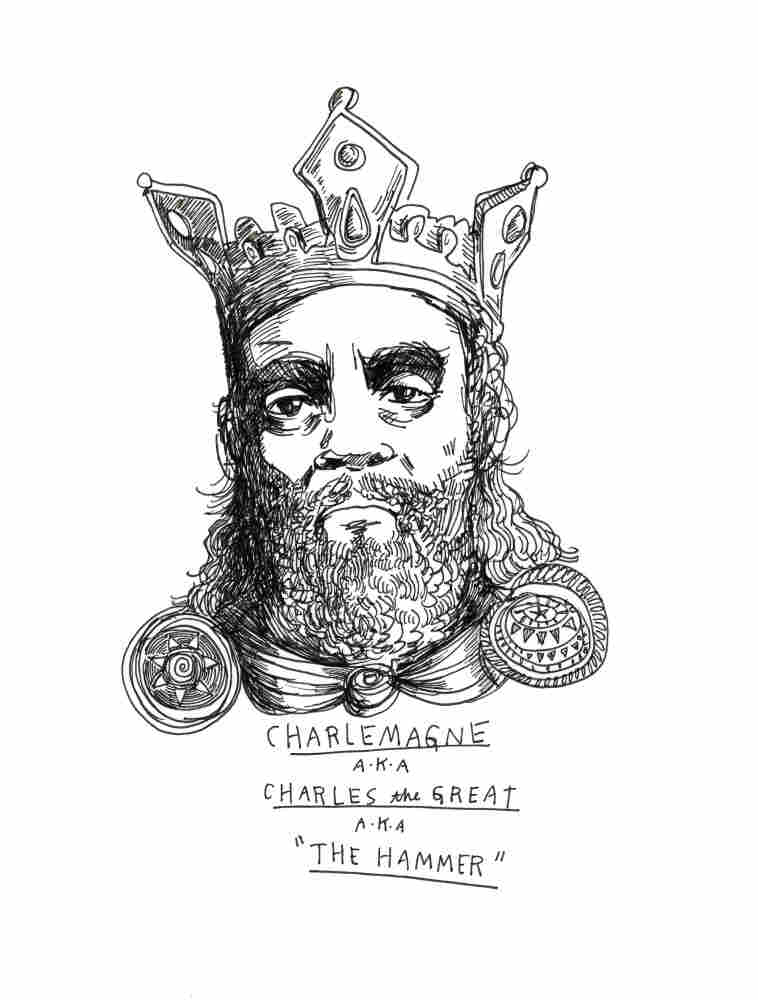 So let's be careful. Even if we zero in on A.D. 1300, well after Charlemagne's reign, it turns out Jack has about 268 million people who are his direct ancestors. This is also an awkwardly big number since, Jack says, that's "roughly the total population of humans on the planet at that time."

Which means, said the teacher, "that nearly everyone currently living anywhere on the planet can claim [and he paused for emphasis] to be the direct descendant of Charlemagne."

But consider the irony: If you want to be truly Fabulous, "the mathematical distinction," said the teacher, "would be to not have Charlemagne as a direct ancestor."

This is what is meant by "Pedigree Collapse" — when the luckiest guy in the room can say: "Guess what? You can shake my family tree till everybody falls out, and I'm the only one here who is NOT RELATED to Charlemagne, or Cleopatra or Genghis Khan!"

And we all think: "Awesome!"

Meantime, here's the answer to our riddle.

Jack Hitt's new book, Bunch of Amateurs, will be published in May.