Accessibility links
Inside Out: How Creative People Play : Krulwich Wonders... What happens when you turn convention on its head and look a the world from a totally different perspective? It's an exercise in opening the mind by turning expectations upside down. 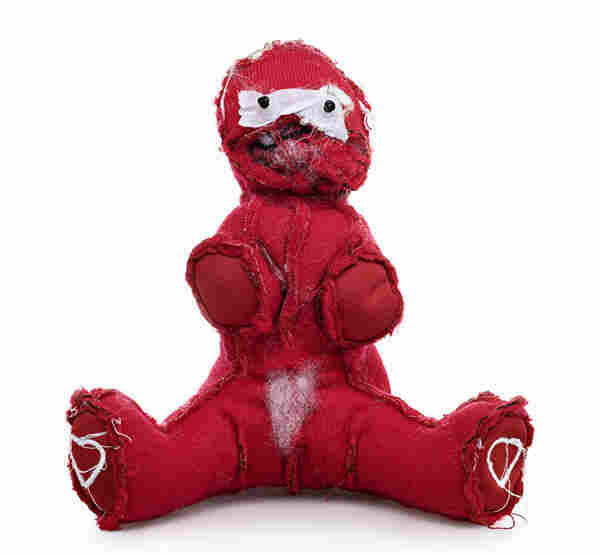 Look what Kent Rogowski did. He took a bunch of stuffed animals, kids' playthings, unstitched them, removed their insides, and turned them inside out. This masked red thing, I presume, is an inside-out, hmmm, I dunno, rag doll? 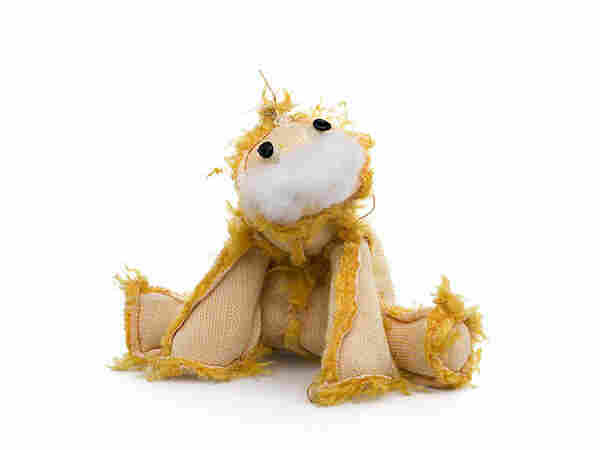 And because this one has a duckbill, I figure it's a duck, wearing a pink skirt, but the inside part of the skirt is now...outside. 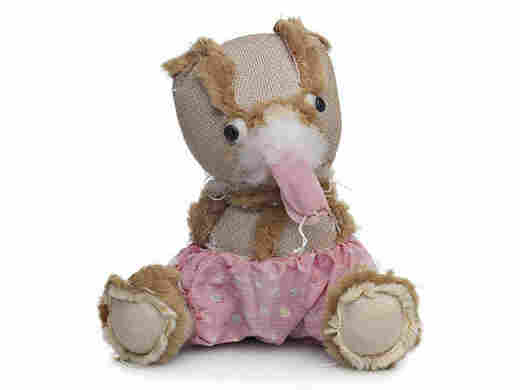 I had never imagined, never even conjured, what a stuffed doll would look like inside out. And now that I see them, I'm thinking two things: that they are gross, slightly unsettling, and for the next month or two, anytime I see a teddy bear or a cuddly baby toy I'm going to imagine their insides — something I have never, ever done.

What's more, something hidden has been revealed; my sense of possibility has just expanded. Kent Rogowski's art is an exercise in opening the mind by turning expectations inside out.

This is how creative people play: As David Hume once wrote: "All this creative power of the mind amounts to no more than the faculty of compounding, transposing, augmenting, or diminishing [our]...experience."

So let's keep playing. But a different way.

Derek Sivers made a lot of money in the online music business and now lives in Singapore. He's an entrepreneur, and when he gives talks, he shows his audience how different cultures think, well...oppositely.

For example, here's a street map he likes to display. It comes from Japan, and you will notice the streets in these maps do not have names. They are all blanks. 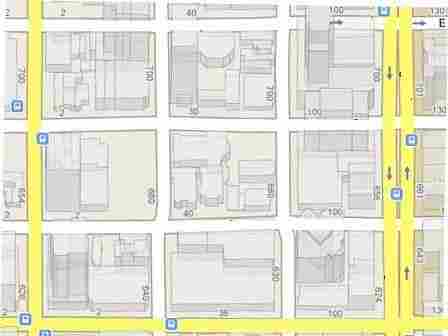 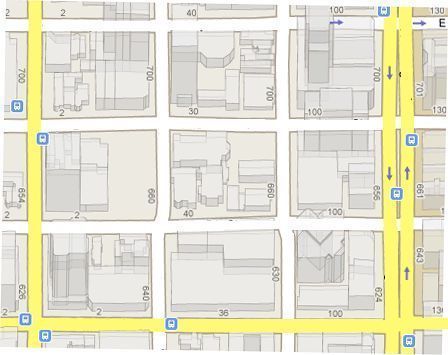 If someone visiting this place asks a native, "Where am I? What is the name of this street?" the answer is, "It has no name."

How Does Anyone In Japan Know Where They Are?

Weirder still, buildings have numbers, but they are based on when the building was built. The first building constructed in 1950 is called "1," the next one from 1953 is "2," and they don't have to be next to each other, which means a typical city map in Japan might look like this: 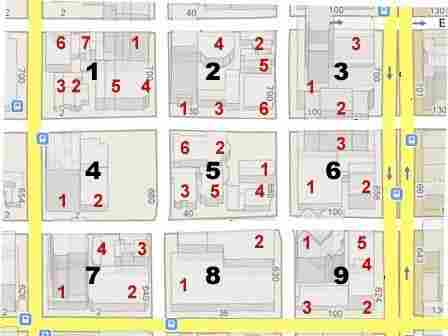 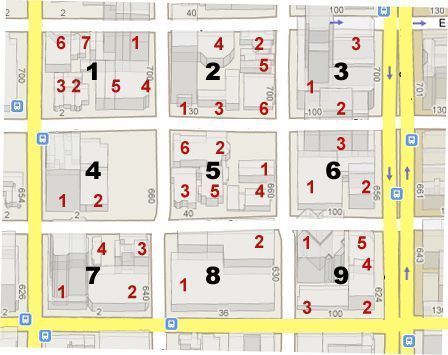 ...which is pretty much the opposite of how we do it.

I had no idea you could organize a city this way, but, of course you can. And once you see that a totally different logic works, you think, hmm, "What I know is not how things must be. What I know is often just a routine." So much of what we call knowledge is a habit of seeing.

What a startling idea.

The point here is to use this exercise to free your mind, to notice the things that over the years you have stopped noticing, or never noticed. The effect can be very liberating and can lead you...well, it can lead you anywhere.

Jonah Lehrer, in his forthcoming book Imagine describes how very often great inventors don't really invent, not from scratch; often all they do is take old technologies to startlingly new places. That's what Gutenberg did when he brought his winepress skills into book printing, or when the Wright Brothers used bicycle technology to make airplanes, or when George de Mestral invented Velcro after noting burrs on the fur of his dog. Those leaps were unimaginable until somebody imagined them, but really what did those guys do? They broke routine. They invented something new to do with something old.

Where'd they get their inspiration? I don't know. But I imagine it comes from the same impulse that caused Kent Rogowski to wake up one morning, look at a stuffed elephant , and think to himself, "I wonder what that would look like inside out." 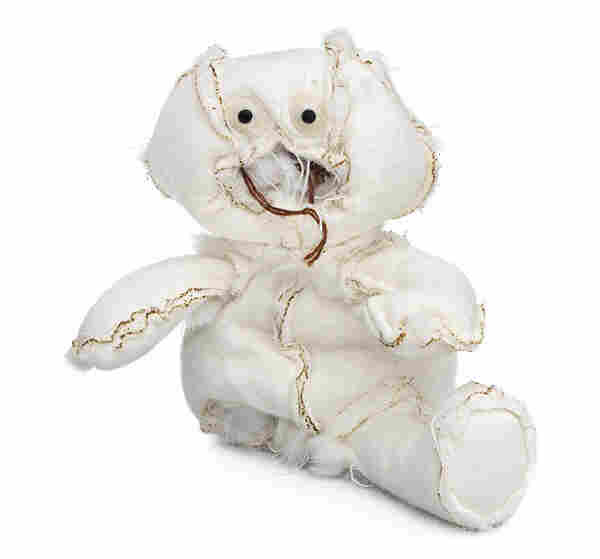 You can see Derek Sivers speak about Japanese maps in his TED talk. There's another guy, Deydutt Pattanaik, who does pretty much the same thing, but from a South Asian angle; he also has wonderful "opposite" stories, rich with Indian flavor, also viewable in a TED talk. My Radiolab colleague Jonah Lehrer's new book Imagine: How Creativity Works will be published in a few weeks.