Accessibility links
Two Ways To Think About Nothing : Krulwich Wonders... We are surrounded by Nothing, everywhere we go. But what scientists and artists tell us, in their very different ways, is that if we lean in and pay very close attention, sometimes what looks like Nothing is the best place to find the most interesting Somethings.

Two Ways To Think About Nothing

Two Ways To Think About Nothing

I'm going to show you two kinds of nothing.

The first is a small patch of space, way, way out in the universe, remote from everything, with nothing in it, no stars, no planets, no bits of dust, no debris, no atoms, not even one. It's as empty as empty can be. 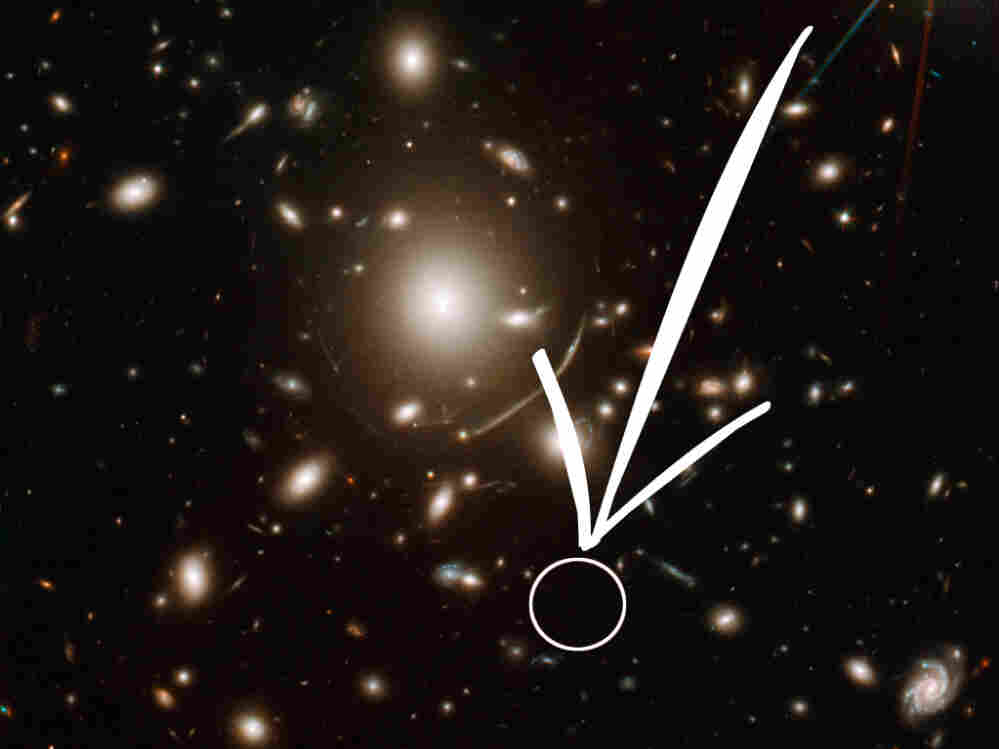 And next, I'm going to show you a painting. Except it isn't a painting, it's a canvas, on which you see...absolutely nothing. No marks, no paint, no human gesture. It, too, is totally empty. It was made by the American artist Robert Rauschenberg. 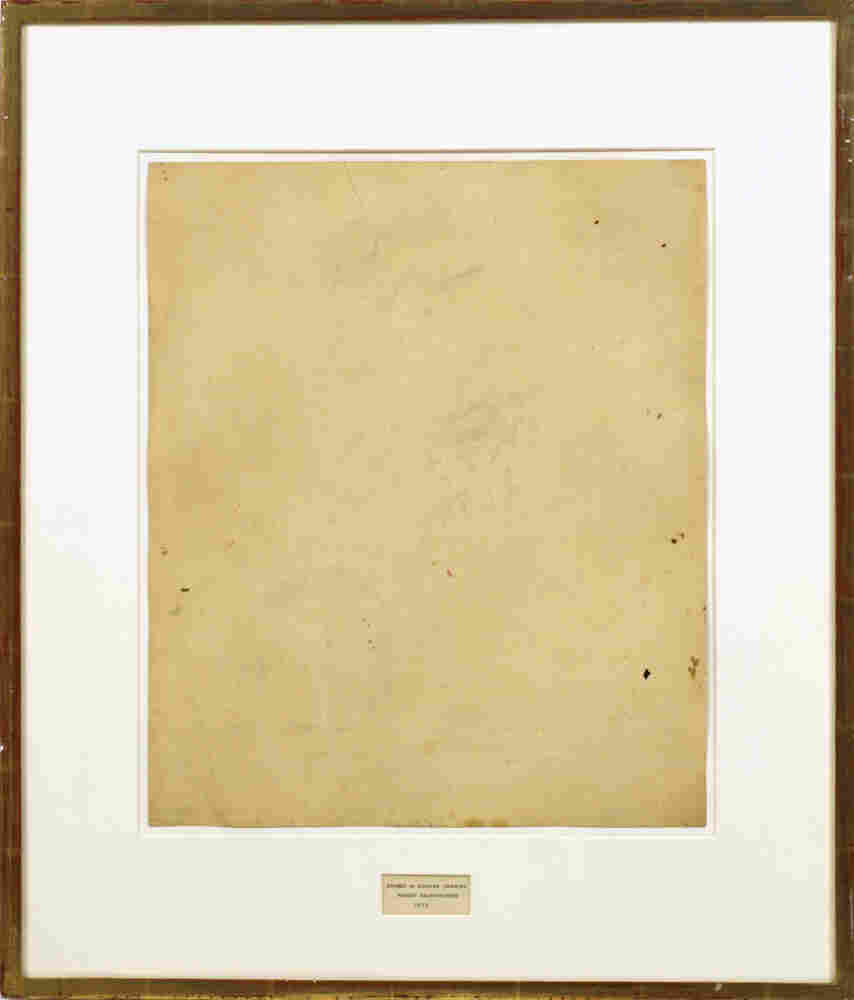 A Patch Of Space

If you showed that patch of empty space to a physicist, he or she would tell you, "It isn't empty." No matter how remote, every inch of our universe carries a mysterious "dark" energy that is pressing out in all directions. We're not sure how it works, but across this same patch you will also find threads of gravitational force stretching to every part of the universe, while deep down, in impossibly small subatomic nooks and crannies, there's a riot of coming and going, a quantum flux, with little clouds of matter popping in, then out of existence, like summer storms.

A patch of "empty" space may look empty, but in fact, its nothingness contains all kinds of invisible somethings. "Empty" is always hiding secrets.

A Patch Of Art

It's the same with the picture.

Sixty years ago, it wasn't blank. It was a fully realized drawing, made of charcoal, crayon, paint and pencil by one of the world's great artists, Willem de Kooning. In 1953, it was sitting in a folder with a bunch of other drawings in de Kooning's Manhattan studio — until the day Rauschenberg knocked on de Kooning's door. 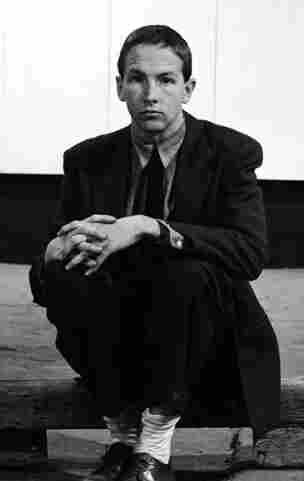 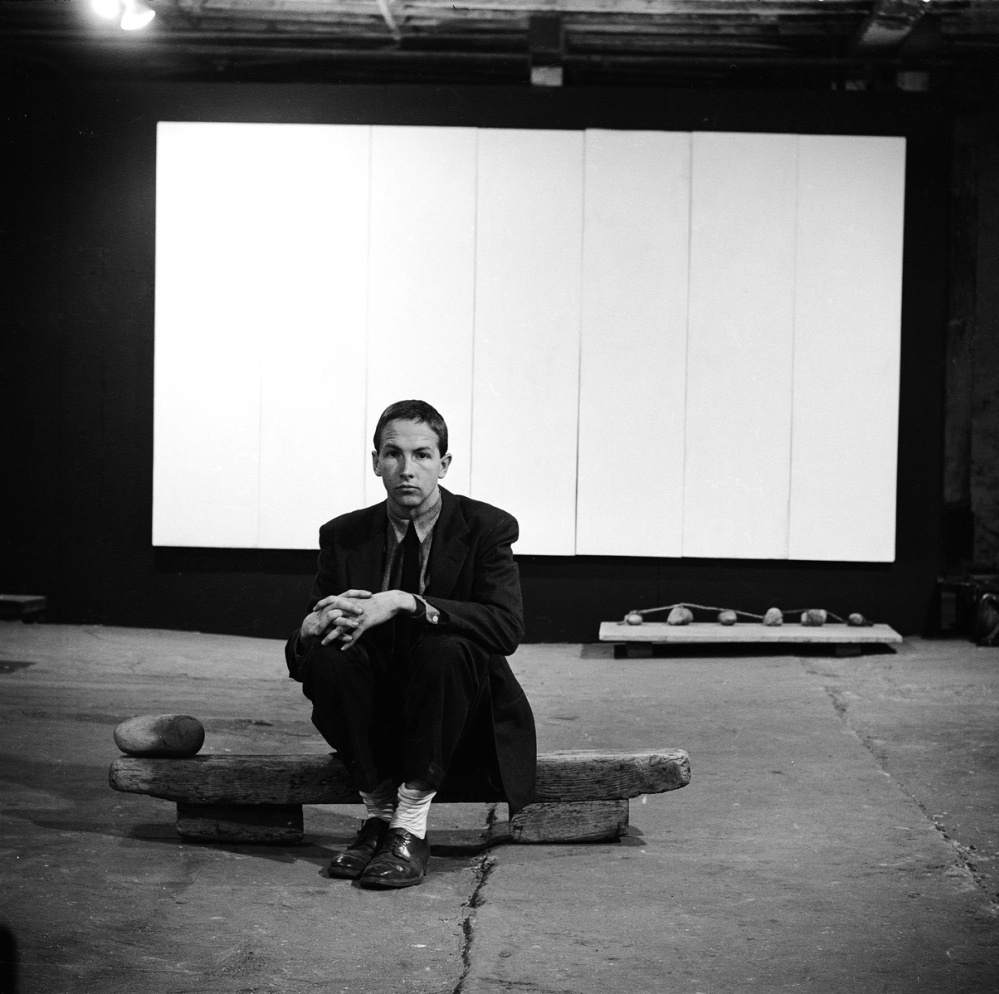 The two artists had never met. Willem de Kooning was a star, Rauschenberg a newcomer, still in his twenties, who had been thinking about how to paint emptiness. He'd just exhibited a group of all white canvases, empty of color. Now he wanted to do the same thing with a drawing, make it "empty," if he could only figure out how.

How do you make an "empty" drawing? He thought: Wait, what if I took a drawing and erased it? That would be going from something to nothing.

So he tried. He drew a picture, rubbed it out, and felt silly. Something was subtracted, but nobody cared. Rauschenberg wasn't important, not yet, and erasing a Nobody's something was not like erasing a Somebody's something, and that's when he decided he would do a totally crazy thing; he would go, with no invitation, to the hottest, most successful artist in the city and ask him to hand over a drawing that would automatically have artistic (and commercial) value and tell him, I want to erase what you give me. That's how I will create empty.

"You see how ridiculously you have to think?" he said later.

He wasn't sure he had the nerve to walk into the Great Man's studio, but found the address and, nervously cradling a bottle of Jack Daniel's whiskey, he rang the buzzer. He remembers hoping de Kooning wasn't home. 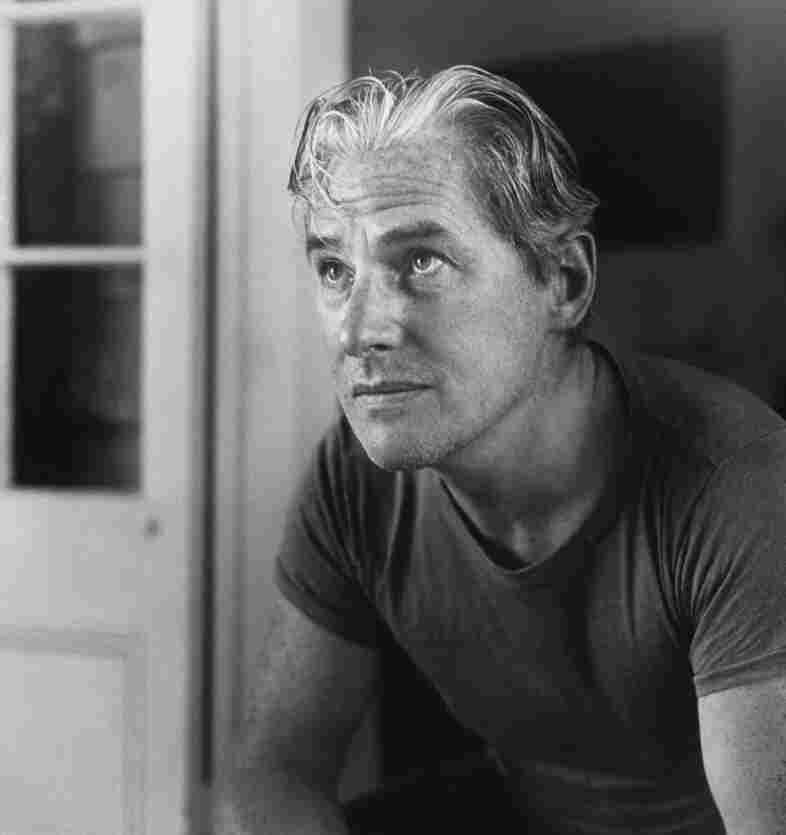 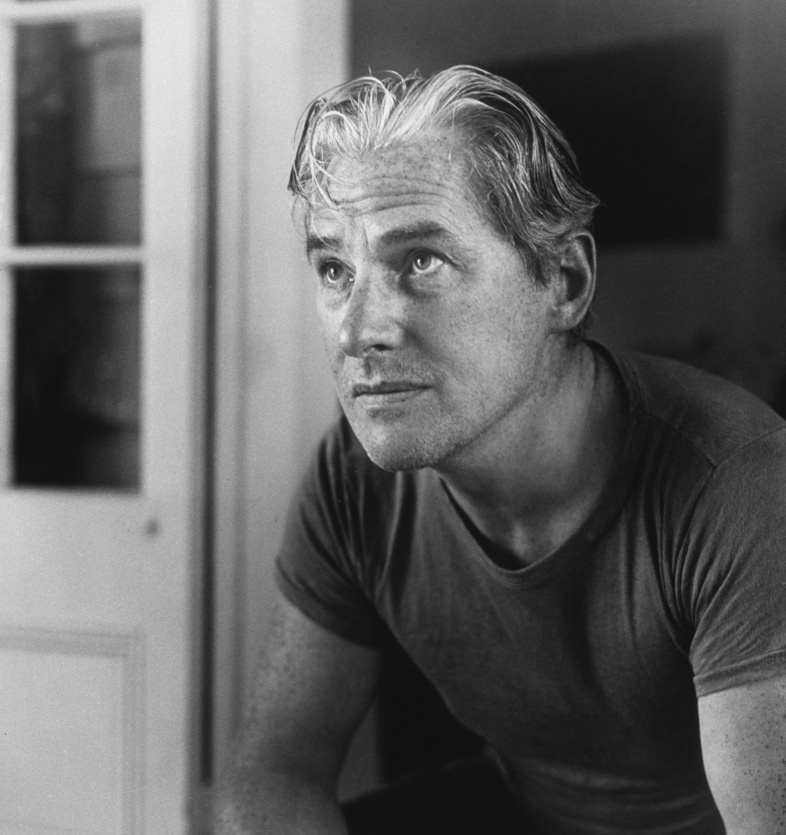 De Kooning invited him in, they chatted for a bit, and then Rauschenberg explained what he wanted to do. De Kooning's reaction was a little odd; he took the canvas he was working on off its easel, and set it like door jamb against the already closed front door, locking them both into the studio.

"OK, I don't like it," Rauschenberg recalls DeKooning saying, "but I'm going to go along with it because I understand the idea."

De Kooning began rifling through his stacks of drawings until he found one, held it up, and thought, no, and stuck it back in again. "I want to give you one that I'll miss," he said. Rauschenberg, embarrassed, wanted to blurt out, hey, it doesn't have to be a good one; in fact if it's too good art dealers will hate me, just give me something minor, but he was too shy to speak. Meanwhile, de Kooning kept looking.

"He couldn't have made me more uncomfortable." Rauschenberg recalled.

De Kooning pulled out a second set of drawings, chose a few and said, "These I would miss. I like them." But then, as before, he dropped them back into their folder. "No," he said, "I want it to be very hard to erase, I'm going to make it so hard for you to erase this."

Try To Erase This One...

That led him to a third folder, where he found an image made of charcoal, crayon, pencil and paint — that's the one he handed over to Rauschenberg, who took it, said thanks, and left.

When he got back to his studio, he set about the painstaking business of erasing "Bill's gorgeous painting" from the paper without leaving a mark. As de Kooning promised, it wasn't easy. "It took me about a month and I don't know how many erasers to do it," he said. But he managed.

When he was done, the drawing was gone.

Today it sits a total blank. You can stare at it forever and not know what it had been (or perhaps, in some ghostly way, still is) because the painting isn't telling and de Kooning and Rauschenberg are both dead, so they can't tell. You wouldn't even know there'd once been something to look at, except for the title. It's called "Erased de Kooning Drawing."

Same for the patch of space. The universe doesn't tell what it's hiding, though it's hiding a lot. All those planets, stars, moons and great clouds of dust we can see are a small percentage of what's actually there. Most of the universe is made of "dark" matter that neither emits nor absorbs light. So most of what's going on in the universe looks like, well...nothing.

We are surrounded by Nothing. Everywhere we go, we have no idea what we're not seeing. We don't know what gravitational fields look like, what dark matter looks like, what quantum foam looks like, what de Kooning's drawing looked like, but what the scientists and the artists are telling us, in their very different ways, is that if we lean in, and pay very close attention, sometimes what looks like Nothing is the best place to find the most interesting...somethings.

Not long before he died, Robert Rauschenberg told the story of the Erased De Kooning Drawing in this BBC video. He's a good storyteller. When he finished his erasure, some folks accused him of vandalizing a de Kooning, saying he destroyed art. It wasn't vandalism, he tells the interviewer. Then what was it? "Poetry," he says.