Accessibility links
Raging Sun Storms In Our Minds : Krulwich Wonders... After listening to scientists talk about solar flares, a team of artists went to the drawing board and crafted a gorgeous fiction: loops of lightning flashing between gizmos, curling up walls, and leaking into corridors. However, the fanciful mis-translation sparked some ire from scientists.

Raging Sun Storms In Our Minds

Raging Sun Storms In Our Minds 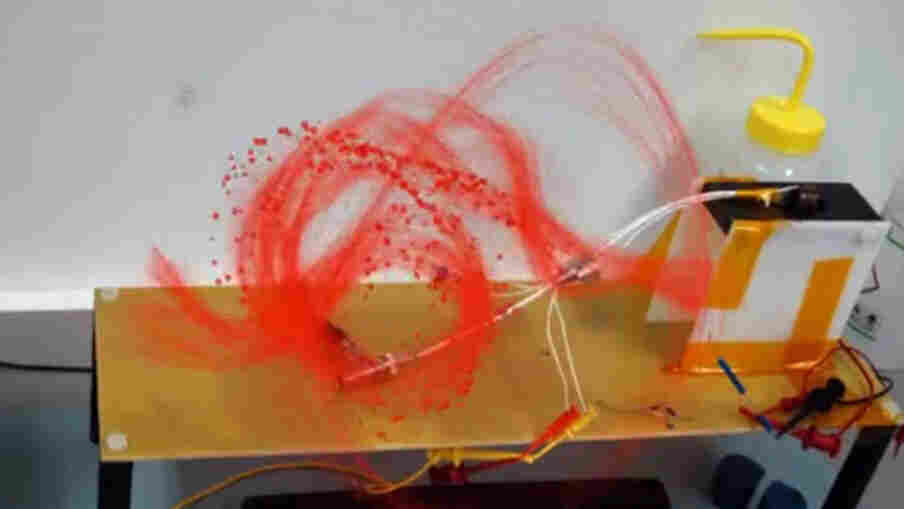 Get ready for Solar Flare TV — The sun is entering an 11-year flare cycle (we had an early example last week), and flares have everything a newsroom loves: First, enormous ropes of flame leap off the sun, then torrents of "charged particles" hurtle to Earth at a million miles an hour, then newscasters look worried, then there may (or may not) be problems with your TV or your airline reservation, and finally there's a fantastic light display in our magnetosphere.

That's three days of "uh oh," followed by a quick sigh. Wait a few months, we do it again. Will people get bored with solar flares? I don't think so.

There's something about magnetic forces that spooks people. We've all held a magnet in our hands, put the attractive sides together and felt that weird grabbing sensation.

Or, going the other way, there's that animal-like shove that says "get away from me!" It's almost like the magnet is alive. You know something's going on, you can feel it, but you see ... nothing.

When scientists talk about solar flares, they talk about magnets and magnetism using sober words like "field lines," "photosphere" and "loops," but we who last took physics in ninth grade can't help but paint our own pictures of the magnetic force, and in our heads, the images smack more of Dumbledore's wizardry than Faraday's field theories. Picture something like this ... 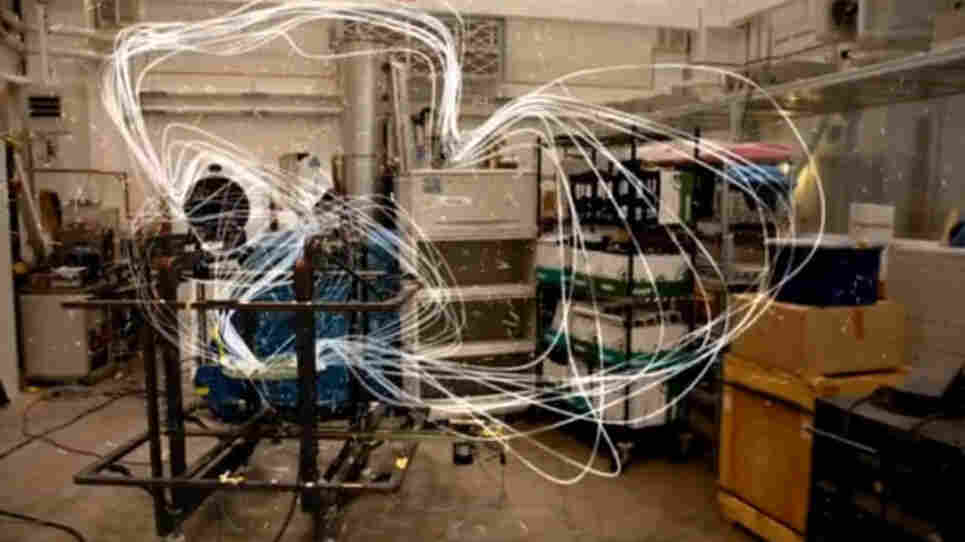 Here's a perfect example of Dumbledorean thinking: A few years ago NASA invited two artists, Ruth Jarman and Joe Gerhardt, to spend time at the Space Sciences Laboratory in Berkeley, Calif., where they recorded conversations with four physicists working on solar flares coming off the sun. The scientists talked in quiet, easy tones. They didn't seem spooked by solar flares, not at all.

The artists then decided to illustrate what they'd heard.

They took a few liberties, imagining the scientists running solarlike experiments in their labs. They thought, "what if these guys could trap charged particles on desktops, in office corridors? On laboratory machines?" 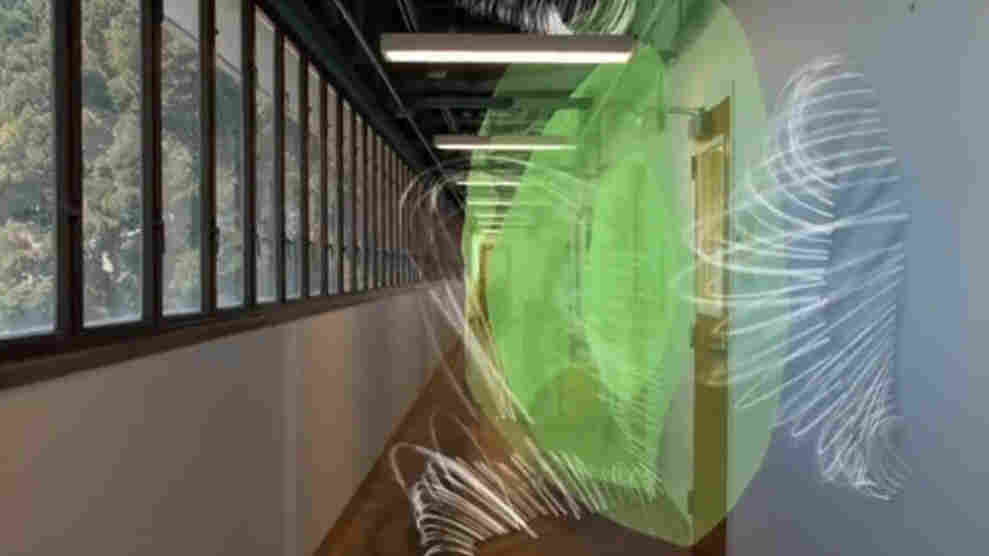 The video they made, called Magnetic Movie, is a gorgeous fiction; loops of lightning flash between gizmos, curl and crawl up walls, jellylike blobs of energy leak into corridors. What you see is not actually happening. It's an animation of what Ruth and Joe honestly think the scientists are saying as they describe their work. Think of it as a translation. Or rather, an honest, fanciful mistranslation.

The problem is, these animations are so well-done, they are almost believable. I don't know what physicists Janet Luhman (who goes first), Bill Abbett, David Brain and Stephan Mende make of these effects. How "off" are they? I don't know. Some are impossible miniaturations of events that happen only on the sun, on Mars, or in a jar of laboratory salt. But the video does give you a feel for what nonscientists see when they hear scientists talking. I bet if I hadn't written this preamble, a lot of you would think you were looking at something real.

I did. (On first viewing, I thought, "Can they do this?" and had to look at reviews to understand what was going on.)

When this video was first released, some scientists got tetchy, and accused the producers of making stuff up. Jessica Palmer, who wrote about art and science on her blog Bioephemera, posed the question this way:

Some engineers and physicists may know too much about these phenomena to relax, suspend their informed disbelief, and enjoy the film. Indeed, there's been some grumbling in response to this film's inaccuracies. But Jarman and Gerhardt aren't trying to teach physics, and they don't claim to depict "real" science. They're trying to introduce the museum-going public to a world most never see (the labs of SSL) and an important phenomenon most never think about (magnetic fields). If they give the public a visual handle on which to hang their vague impressions of magnetism, however fantastic, is that a bad thing?

I don't think this is a bad thing; neither did Jessica Palmer, as long as the people who see the video understand this is an animated fantasy. The problem is it's so good, there will be people who'll stay clear of college campuses late at night for fear they'll be smacked by green tentacles of light slithering along the sidewalk. Colleges, after all, are a lot closer to us than the sun.

Magnetic Movie, a film by Ruth Jarman and Joe Gerhardt, was shot at NASA's Space Sciences Laboratory and is a production of Semiconductor Films.