Accessibility links
When James Cameron Hits Bottom, We Will Hear Him : Krulwich Wonders... What do you say when you've just done a dangerous, remarkable deed? When people first saw the bottom of the Mariana Trench in 1960, they didn't say anything: "I'm afraid we didn't have any profound words that could be written down somewhere," a diver recalls.

When James Cameron Hits Bottom, We Will Hear Him

When James Cameron Hits Bottom, We Will Hear Him

"One small step..." Something to mark the moment. Any hour now, the movie director Jim Cameron will attempt, by himself, to sink to the deepest spot on our planet, an ocean trench 6.78 miles below sea level, not too far from Guam. Only one living person has been there before him. And when that guy arrived where no human had ever been, what he said was...

"I'm afraid we didn't have any profound words that could be written down somewhere," U.S. Navy Lieutenant Don Walsh told the BBC. "It was a quiet moment. And then when we realized that we weren't going to see anything, we called topside, and told them that we were coming up and started our way back to the surface." 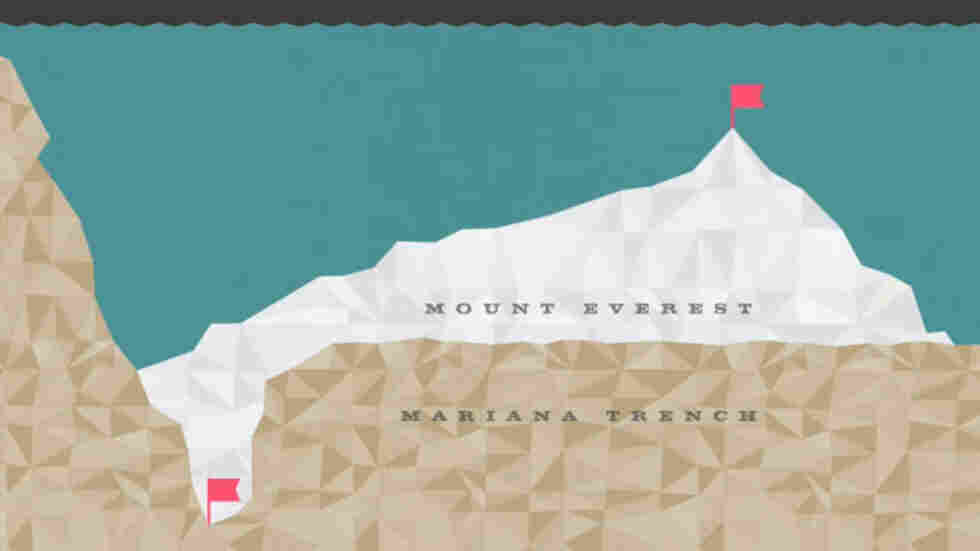 Before webcams, satellites, 24-hour cable, before the world was relentlessly wired, explorers made their discoveries alone. No one expected a speech. Or a quote. And if there wasn't much to say, they didn't say much. When Jim Cameron, standing upright in his vertical capsule, called the DEEPSEA CHALLENGER, (spelled with capital letters), hits sea bottom — and I hope he does — he will, no doubt, have lots to say, and whatever he says, we will hear it. That's how it goes these days.

Lieutenant Walsh was a submarine officer in 1958. The Navy asked him to join what they called The Bathyscaphe Program. "I knew it was deep diving," he told the BBC, "going deeper than I had ever gone. And then it was sort of revealed to me that the long range goal...[was] to dive to the deepest place in the world's ocean. Well, the first, uh, I think the first reaction was, "What? What do you mean? Why didn't you tell me this before I volunteered?"

Was he nervous? A little. Mostly, he was cramped. Walsh made the dive in a narrow, Swiss designed whale-shaped vehicle with a glass orb at the bottom. He had a companion, Swiss engineer/explorer, Jacques Piccard.

"The inside was pretty, pretty small," Walsh said. "Jacques Piccard, I think, was six-foot-two or something like that, tall guy. I'm not so tall, but we kind of curled up inside this thing. Some people characterized it as about the size, this working space for two people, as a large household refrigerator, and temperature not far off."

When their submersible, The Trieste, hit 30,000 feet, they heard a "great bang." Walsh went to a window and saw that the glass had cracked. The water pressure was intense, something like 8 tons to the square inch, but the crack was minor, not a danger, so they kept going. 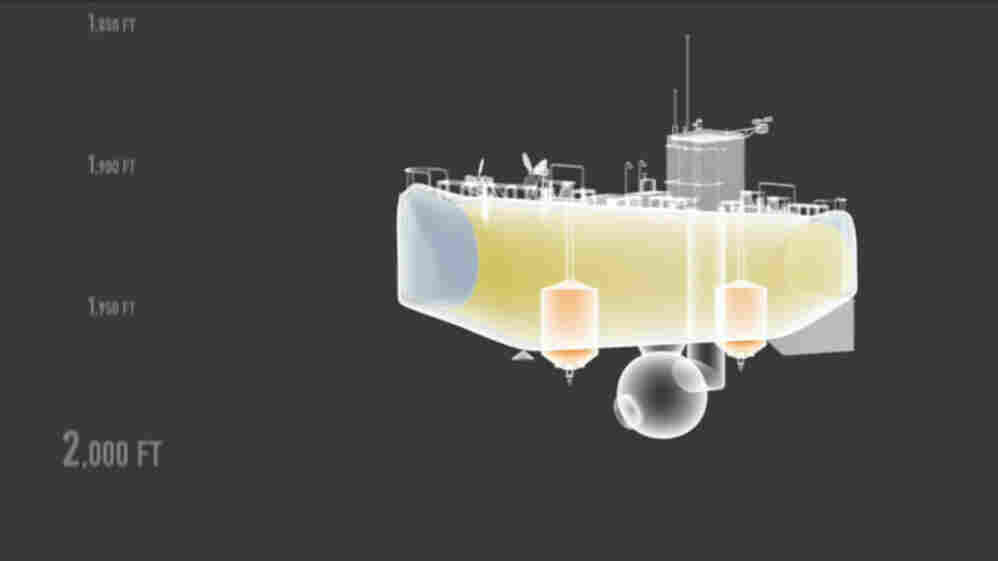 Very near the bottom — and this is still a mystery — Walsh and Piccard say they saw a fish. "We spotted a flatfish, like a small halibut, or sole, about a foot long, I guess." Tim Shank, a deep sea biologist at the Woods Hole Oceanographic Institution in Massachusetts, told Nature Magazine, it's hard to imagine a flatfish living at such depths. Worms, sea cucumbers, the occasional crustacean, certainly, but a fish?

Problem was, it was very dark down there. The Trieste had a searchlight, but when Walsh and Piccard reached the deepest spot on the planet, they kicked up sediment. "We had just had this cloud of white stuff come up," Walsh said. So they sat there for 20 minutes, staring at a fog of ocean dust. "It was like looking at a bowl of milk."

There are some spellbinding accounts of Piccard and Walsh's journey. My favorite is a BBC interactive graphic, which allows you to descend from the ocean surface all the way down, making little video stops along the way. One of those videos is the charming interview with Don Walsh quoted here.

And for visual beauty, nothing beats this video, from animator Roman Wolter: