Accessibility links
Seeing What Only Wind Gods Get To See : Krulwich Wonders... Two data artists who "invent new ways for people to think and talk about data" have taken on a new challenge — visualizing wind patterns across the U.S.

Seeing What Only Wind Gods Get To See

Seeing What Only Wind Gods Get To See

"No," says Dad, "but the truth is more complicated." 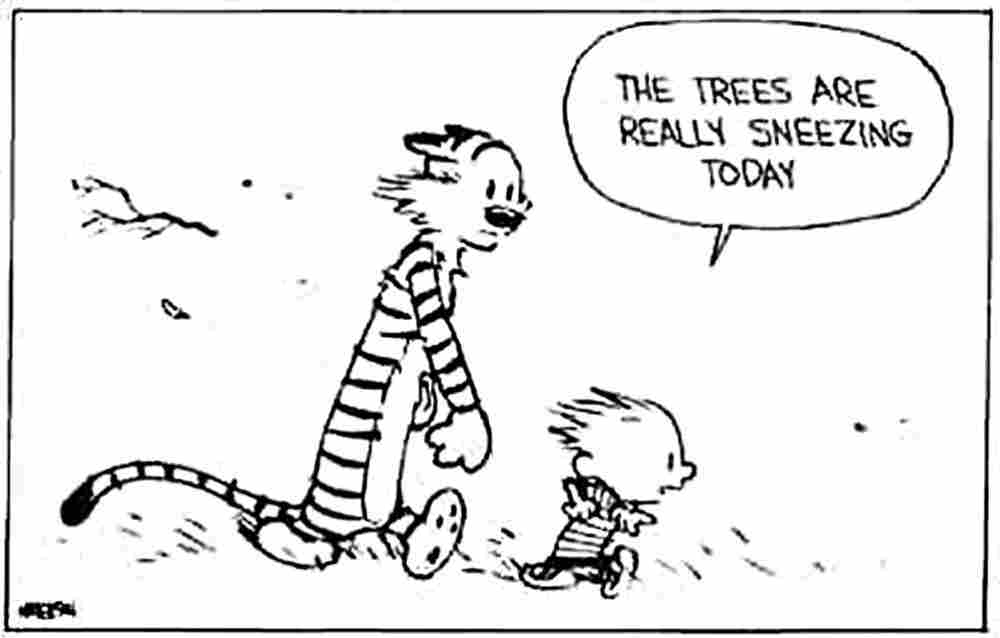 Well, it's not that complicated. I can do better than Calvin's dad. And anyway, I've just discovered a video (see below) that makes wind startlingly beautiful to think about. If only Calvin were around to show it to. What causes wind?

Little Cloud On A Sunny Day

Think of a patch of ground on a sunny day. Sunshine pours down. The air gets warmer. Along comes a cloud, not a big one, but big enough to cast a shadow. The air in that shadow cools a little.

Now we've got a difference: cool air is sitting next to warm air — and the air that's warming up is getting lighter. The air that's cooling down is getting heavier, and as the warmer air rises, the sinking cooler air slips in to take its place. That slipping in? You feel it as a gentle push against your cheek; that's the beginning of a breeze.

Breezes, blustery days, wind — all come from warm and cool air slipping, sliding, tumbling, like kittens at play, across the earth. Normally you can't see this happening, but two designers, Fernanda Viegas and Martin Wattenberg, have just made a moving map of the wind. If you were a wind god gazing down at America, this is what you'd see. This isn't a painting. It's the real deal, taken from the government's National Digital Forecast database. 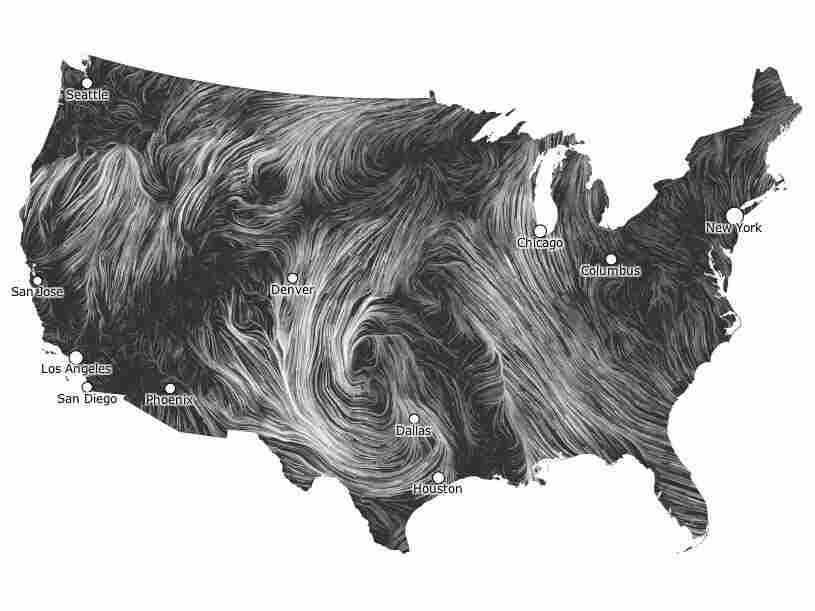 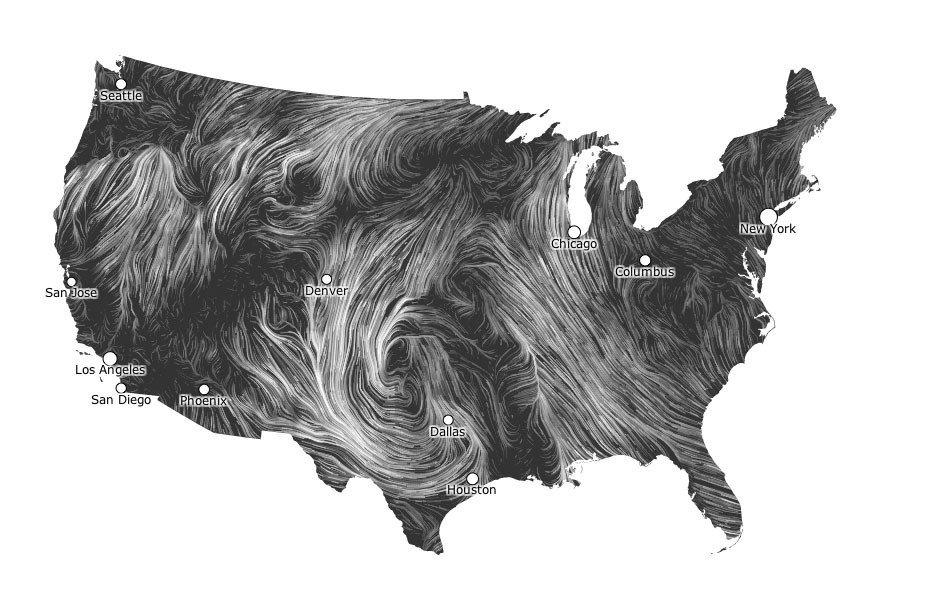 Viegas and Wattenberg have been partners for a while. Their specialty? They say, "We invent new ways for people to think and talk about data." These days they do it for Google in Cambridge, Mass.

And indeed, at their website, you can click on animated maps that will show you today's wind patterns --an hour or so after the fact — but pretty close to real time, plus they show you wind maps from earlier in the week, so you can see how things change from day to day.

But here's my favorite. It's a March day in 2012, and we're gazing down at America; then, region by region, we take a closer look, first at strong winds blowing in Texas and California, then another wave washing over the Northwest, over to Idaho and Montana, next come breezes moving up the Florida coast, then a quiet blanket of air coming down from Canada, the east looks kind of sleepy, the west all blustery ... ah ... why am I telling you this? Just look ...

This is a whole lot more interesting than sneezing trees.