Accessibility links
Jonah And His Many, Many Whales : Krulwich Wonders... Is it possible that humans are too creative? Innovation creates a wonderful paradox, says author Jonah Lehrer: "Creativity is the only solution to the very real problem of creativity."

Jonah And His Many, Many Whales

Jonah And His Many, Many Whales 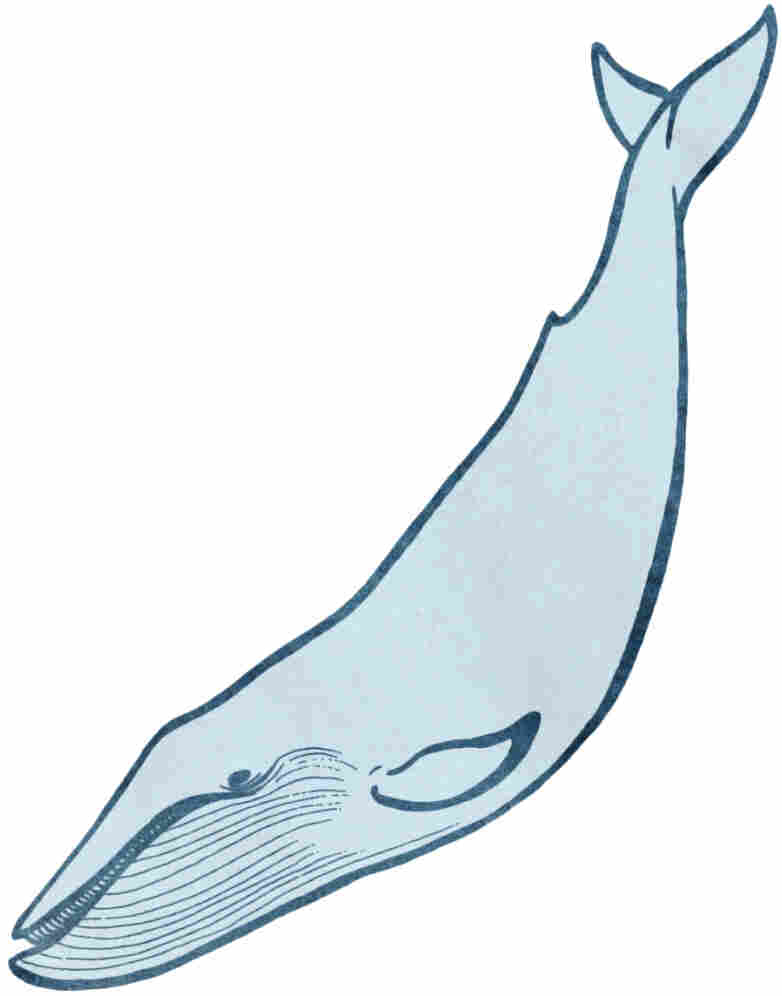 Jonah Lehrer, a regular contributor to Radiolab, is now on a book tour, touting his new best-seller Imagine. It's a book that explores creativity and the brain. The other day at a book signing, he bumped into a fourth-grader who asked him if there's such a thing as too much creativity. "Isn't it possible," the 9-year-old asked, "that humans are too creative?"

Jonah says he mumbled something about brilliant minds creating terrible weapons, and the kid gave him a "that's all you got?" look, and they went their separate ways. But, Jonah being Jonah, he kept rolling the question around in his head until last week, he came up with a better answer, which he's just published on his blog, Frontal Cortex.

Creativity is the only solution to the very real problem of creativity.

I found it riveting.

You could read Jonah's version, but as long as you're here, I offer you this synopsis.

New ideas can create unhappy consequences, says theoretical physicist Geoffrey West (who runs a think tank designed to think up new ideas). Jonah and I once visited Dr. West at the Santa Fe Institute in New Mexico. We were doing a story for Radiolab about cities. West reminded us that creativity comes with costs.

A quick illustration: Once we invent a light bulb, people will, of course, want light bulbs in their homes, their offices, their streets, their stores, their factories, their advertising billboards, their movie theaters, their cars. The richest folks will want more of them, and the aspiring poor will dream of one day having more of them, too, so every good idea eventually produces a stream of things that people will want to buy. Light bulbs let you stay up at night, allow you to read more, play more, travel, go out, party to the wee hours. So with the light bulb comes a desire for more books, more restaurants, more dance halls, more bands, more instruments and so on.

As Jonah puts it, "new ideas, after all, have a disturbing tendency to become new things, and things aren't free." 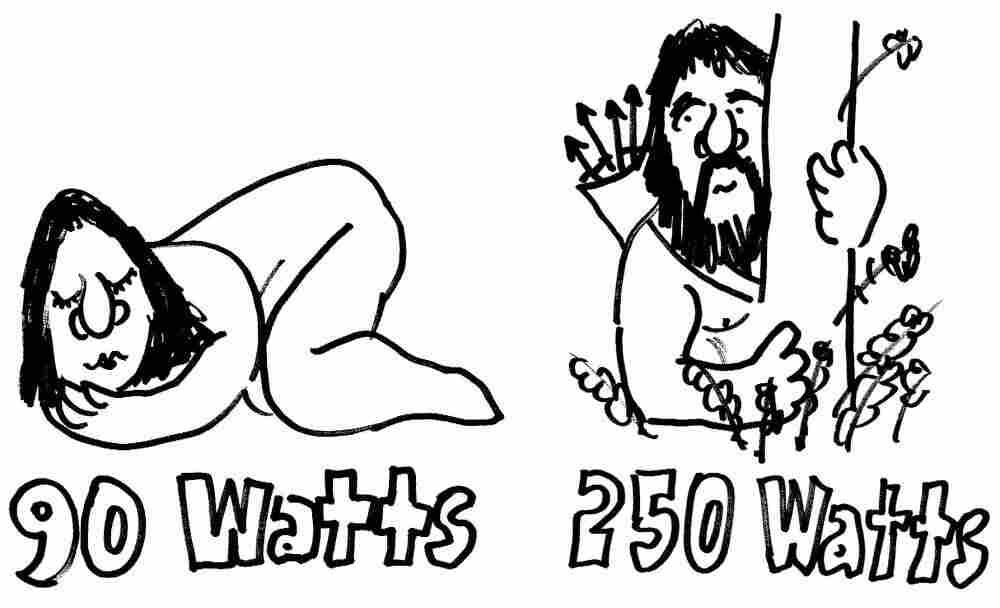 Geoffrey West tells the same story, but when he tells it, he uses "watts" instead of light bulbs. "A human being at rest runs on 90 watts," he told Jonah. "That's how much power you need just to lie down. And if you're a hunter-gatherer and you live in the Amazon, you'll need about 250 watts. That's how much energy it takes to run about and find food. So how much energy does our lifestyle [in America] require? Well, when you add up all our calories and then you add up the energy needed to run the computer and the air-conditioner, you get an incredibly large number, somewhere around 11,000 watts. Now you can ask yourself: What kind of animal requires 11,000 watts to live? And what you find is that we have created a lifestyle where we need more watts than a blue whale. We require more energy than the biggest animal that has ever existed. That is why our lifestyle is unsustainable. We can't have seven billion blue whales on this planet. It's not even clear that we can afford to have 300 million blue whales." 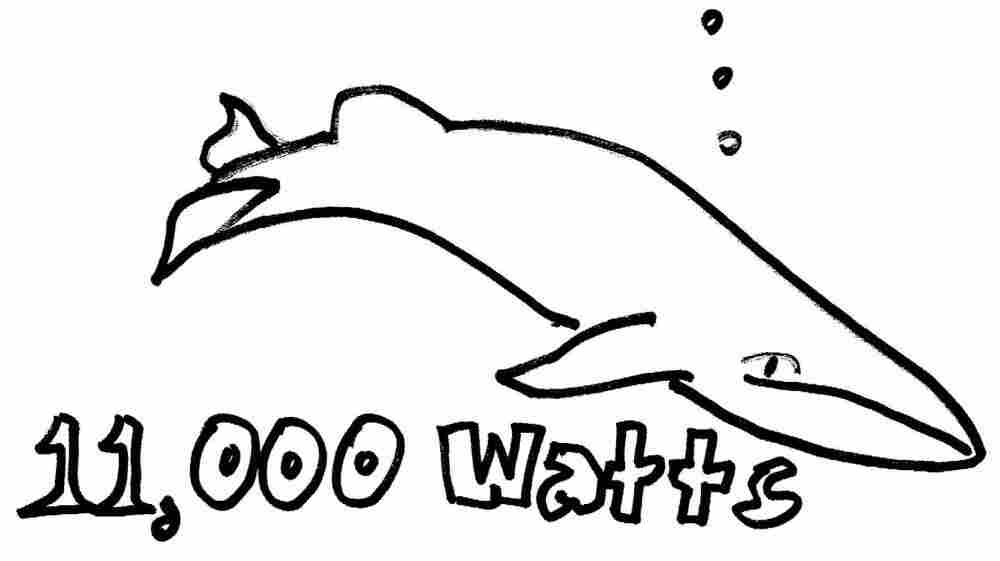 There is always a tension, says West, between what we want and the resources available. We want to move, see, explore, hunt. To do that, we need more food, more fire to cook food, more wood for those fires, more animals to ride. When trees got scarce, when horses clogged our streets, we invented engines — steam engines, then coal engines. Then oil, then gas. And when those fuels got scarce, we tried nuclear; and when nuclear got too dangerous, we invented hybrids. And soon we'll have electric cars until we run out of lithium for the batteries. Human history, says Professor West, is the story of new ideas creating scarcity. We create, we build, then we run out of what we need. Then we invent something new.

Every time we come to the brink, when we run out of resources, we innovate. "The only solution to the problem of human innovation is more innovation," says Jonah.

"These major innovations completely changed the way society operates," West says. "It's like we're on the edge of a cliff, about to run out of something, and then we find a new way of creating wealth. That means we can start to climb again."

At some point, this cycle of more-ness — our increasing whale-ness — is going to hit the wall.

But then the new solution creates yet another shortage, and we've got to innovate to keep from collapsing. "So here's the paradox," says Jonah. "Creativity is the only solution to the very real problem of creativity."

At some point, this cycle of more-ness — our increasing whale-ness — is going to hit the wall.

"Because our lifestyle has become so expensive to maintain," Jonah writes, "every new resource now becomes exhausted at a faster rate. This means that the cycle of innovations has to constantly accelerate, with each breakthrough providing a shorter reprieve. The end result is that our creativity isn't just increasing the pace of life; it is also increasing the pace at which life changes."

"It's like being on a treadmill that keeps on getting faster," West says. "We used to get a big revolution every few thousand years. And then it took us a century to go from the steam engine to the internal-combustion engine. Now we're down to about 15 years between big innovations. What this means is that, for the first time ever, people are living through multiple revolutions."

How much longer can this go on? Will we think up ways to accommodate 7 billion (8 billion? 9 billion?) blue whales on this little planet? Can we keep rescuing ourselves? Is creativity boundless? Or will our appetites get the better of us? "The treadmill is going fast," writes Jonah. "And it's getting faster."